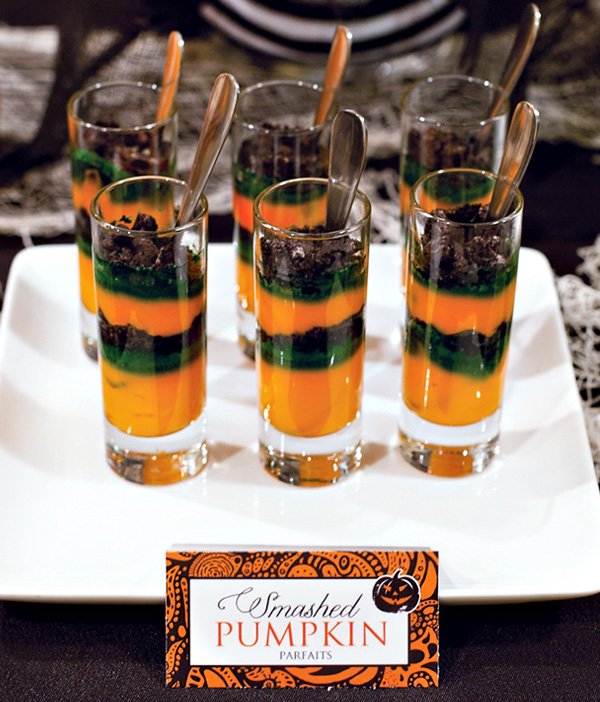 CREATIVE PRESENTATION is always a huge plus when it comes to desserts, but sometimes that “so cute!” presentation can also mean “way too time consuming”, which is never a good thing in my book. Luckily that is NOT the case with these fun little mini parfaits, which were also inspired by the fabulous Bewitched party from Frog Prince Paperie!

These mini desserts are actually VERY quick & easy to make (yay!) – especially if you have a piping tool, which helps get the pudding into those narrow parfait glasses both quickly and neatly. I used Wilton’s Dessert Decorator Plus, which is around $14.99 and available in-store at Michaels. If you use instant pudding, these honestly take about 15-20 minutes to make, from start to finish. Nice. ;)

My (customizable) Spell & Potions printables are available in Design Hero by HWTM!  Click here to check them out. 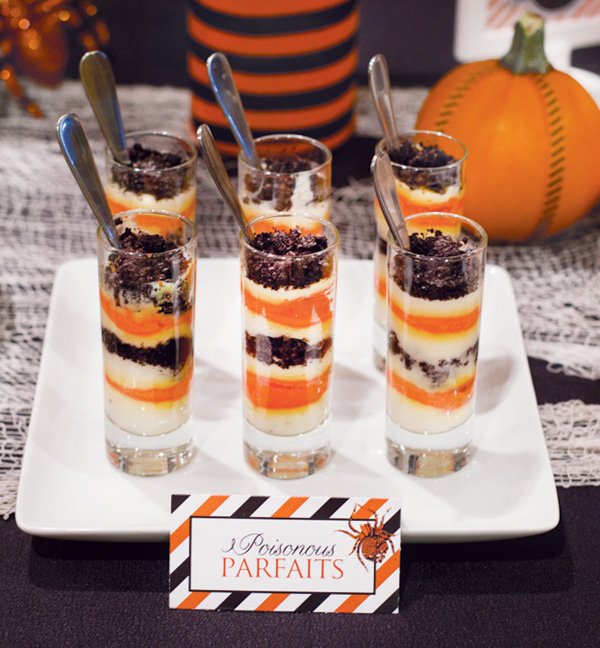 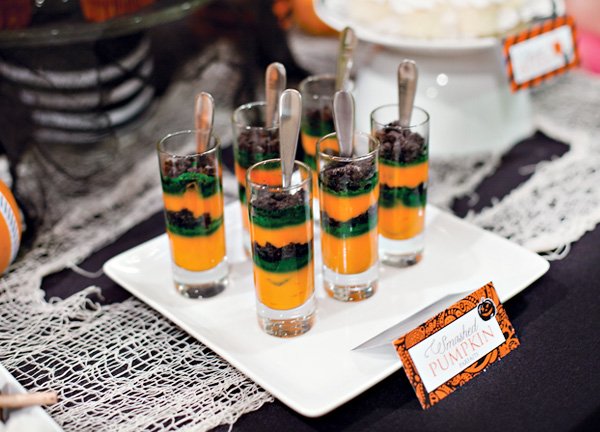 Fill your piping tool with pudding or use a ziplock bag with one of the corners snipped off. Layer the ingredients into the glasses, starting with a little bit of pudding, then a layer of nonpareils, followed by a couple small scoops of oreos. Repeat. You should end up with 6 layers total.

Note: If you can make these ahead of time and let them sit for a few hours, the nonpareils will bleed a little, giving a nice “Halloween” look! If you’re going to let them sit in the fridge for a while though,  I recommend not adding the topmost layer of cookies until close to party time so that they retain a nice crunch.

*If you think the little ones will prefer vanilla pudding to pumpkin-flavored, just skip the spice – you’ll still get the “pumpkin look” from the food coloring. 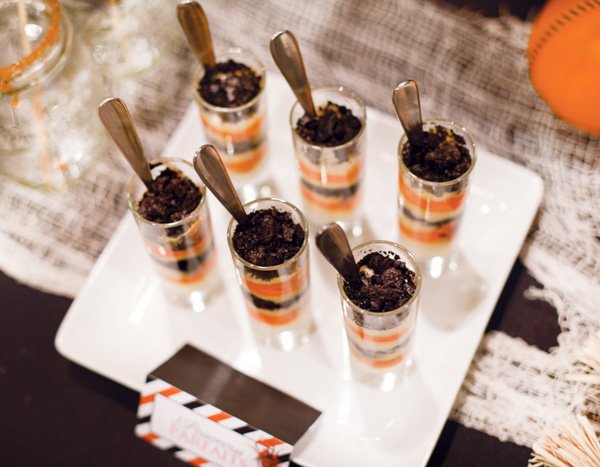 Use the same method as above, just substituting orange nonpareils for the green ones and White Chocolate or Cheesecake pudding for the Vanilla pudding and using the pudding on every other layer for a total of 8 layers. (pudding / nonpareils / pudding / cookies) The vanilla has a much stronger yellow tint to it, and you want to get as close to “pure white” as possible. Download the “Poisonous Parfaits” label for free right here.


Paula also made the most adorable little witch hats for the tasting spoons to “wear” on her version of these. Check them out (with a tutorial!) here.