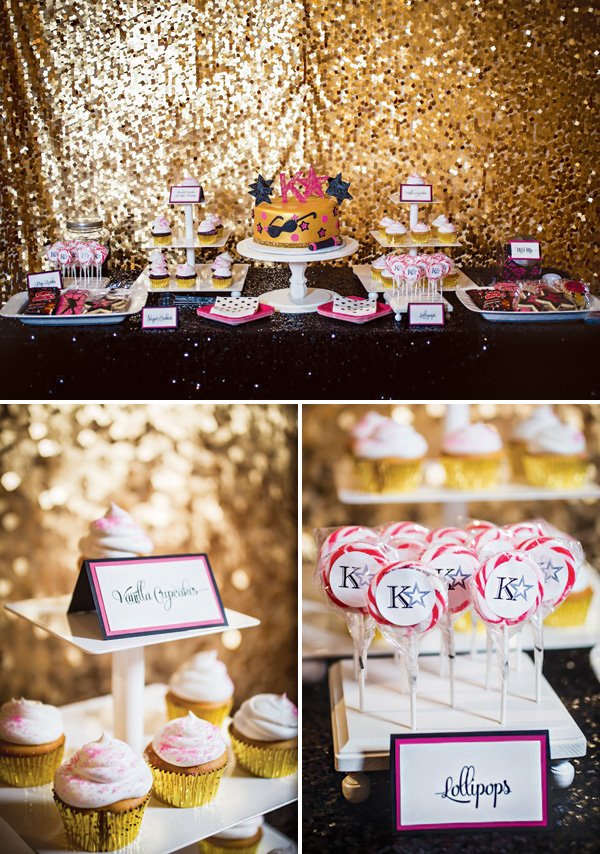 Every little girl deserves to feel like a celebrity on her birthday! Michelle Gainey of Lemiga Events styled this Sparkle & Glam Pop Star Birthday Party to make her daughter feel like just that! All of the little pop star party guests were treated to the A-list life, from manicures and photo shoots to jamming out on karaoke! Now that’s what I call a poppin‘ party! ;) 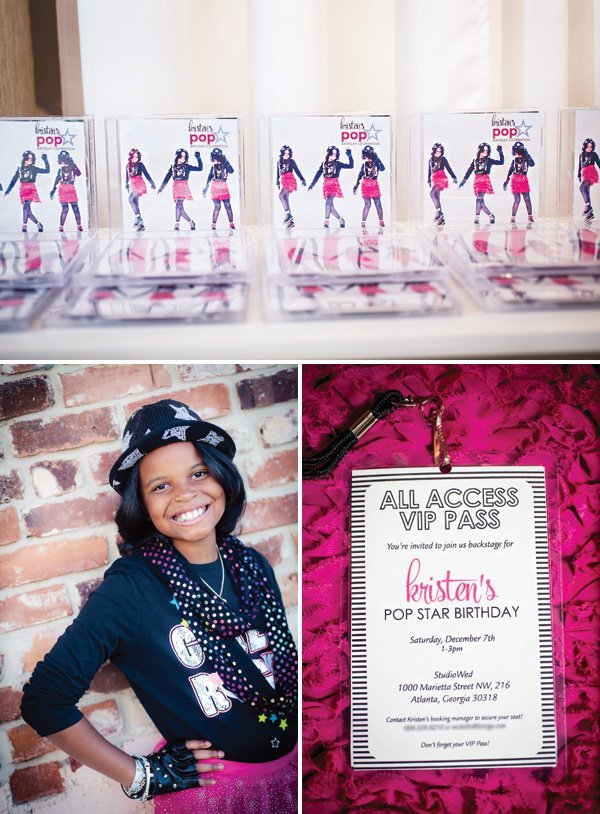 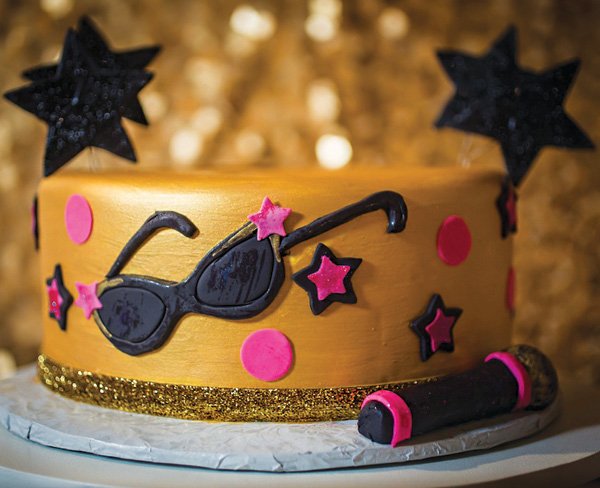 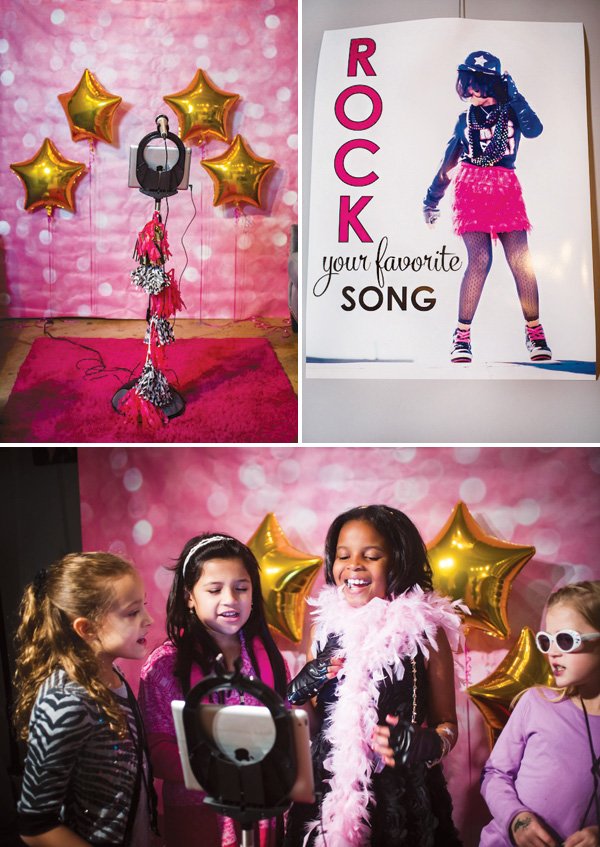 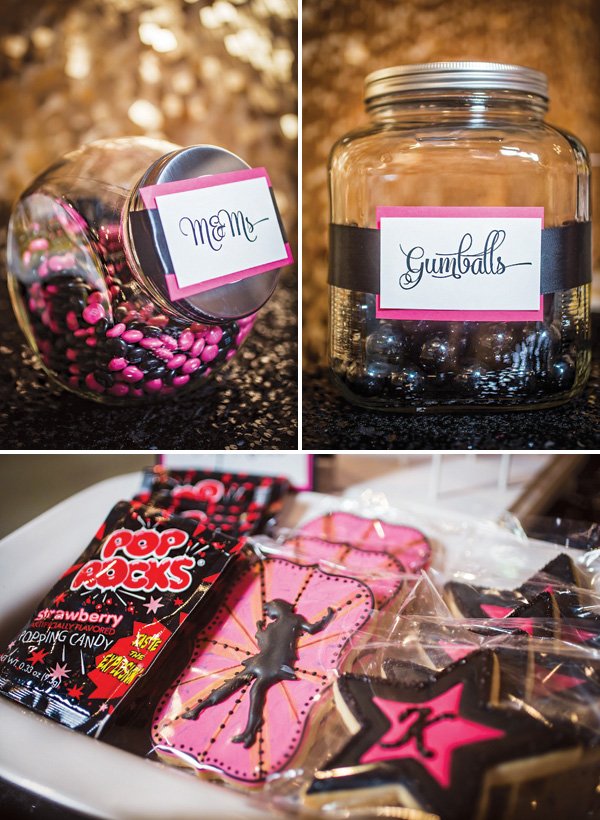 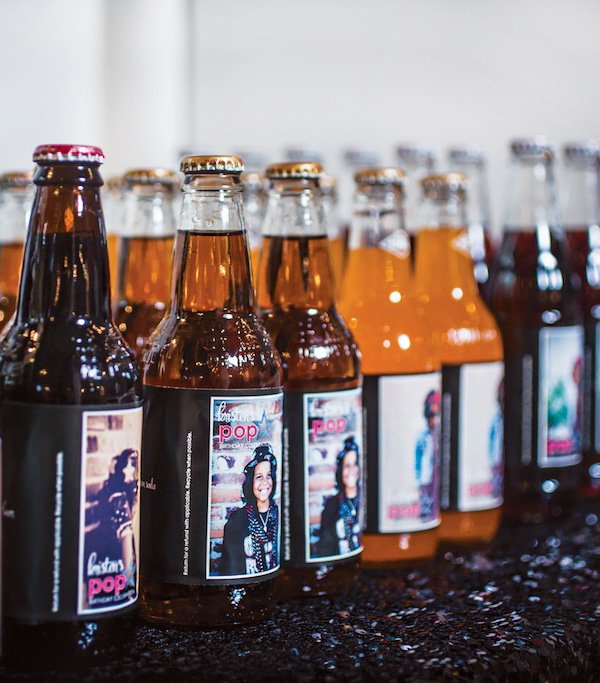 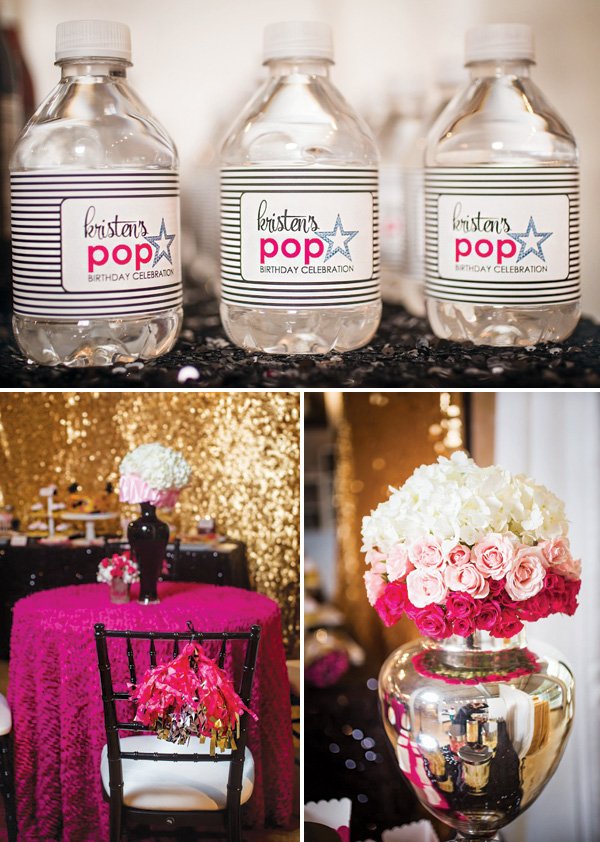 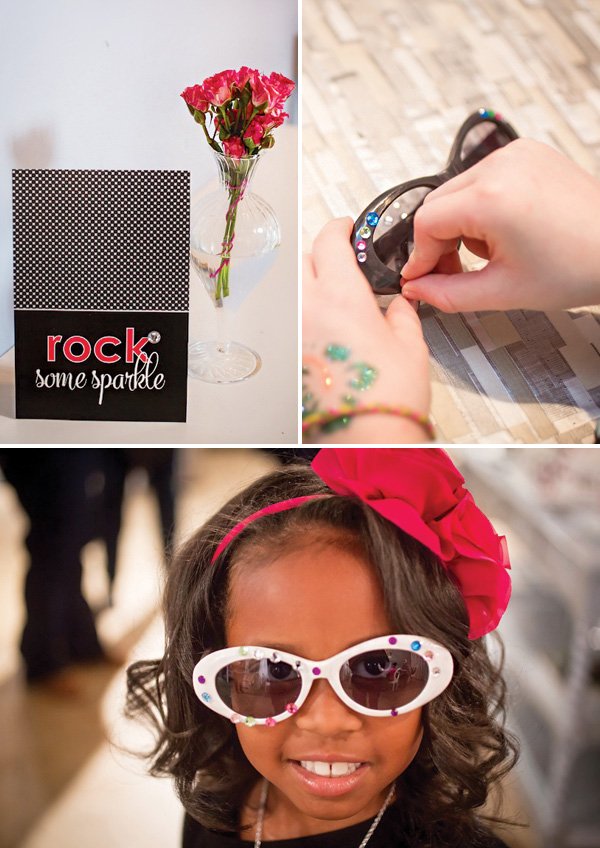 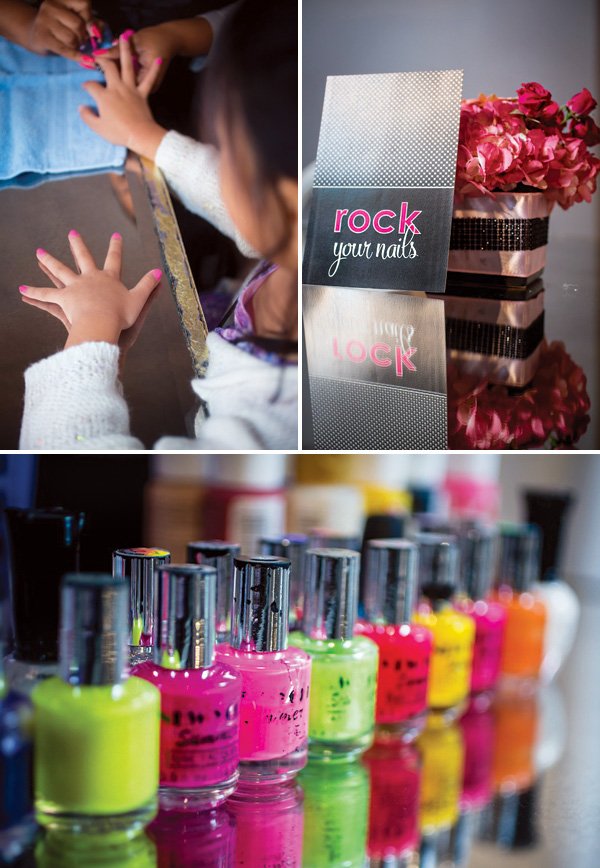 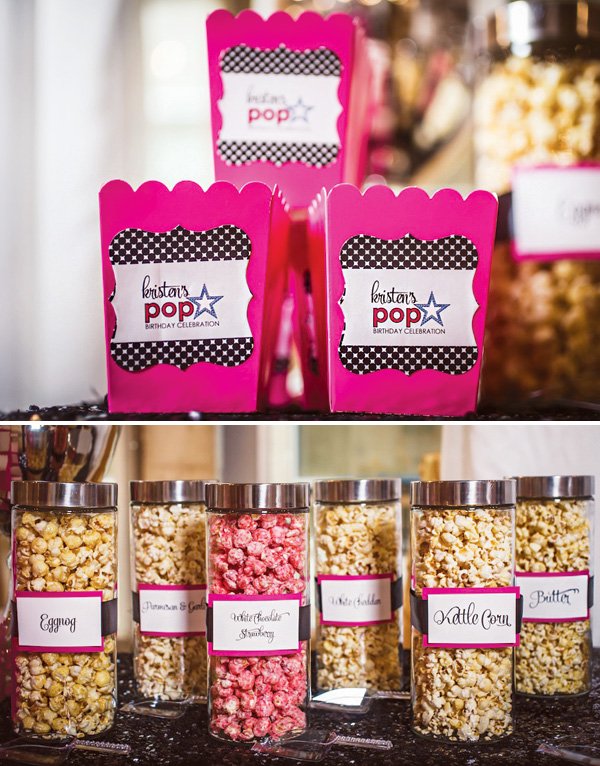 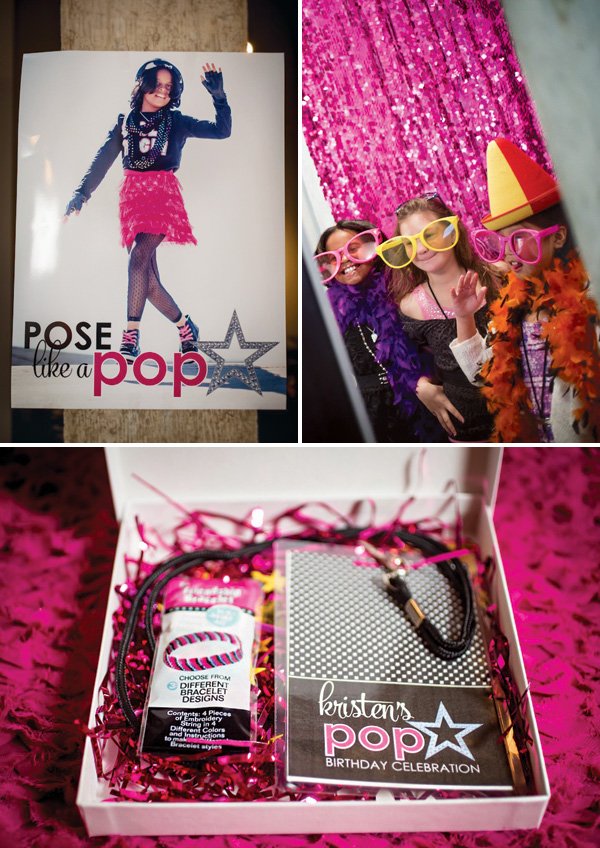 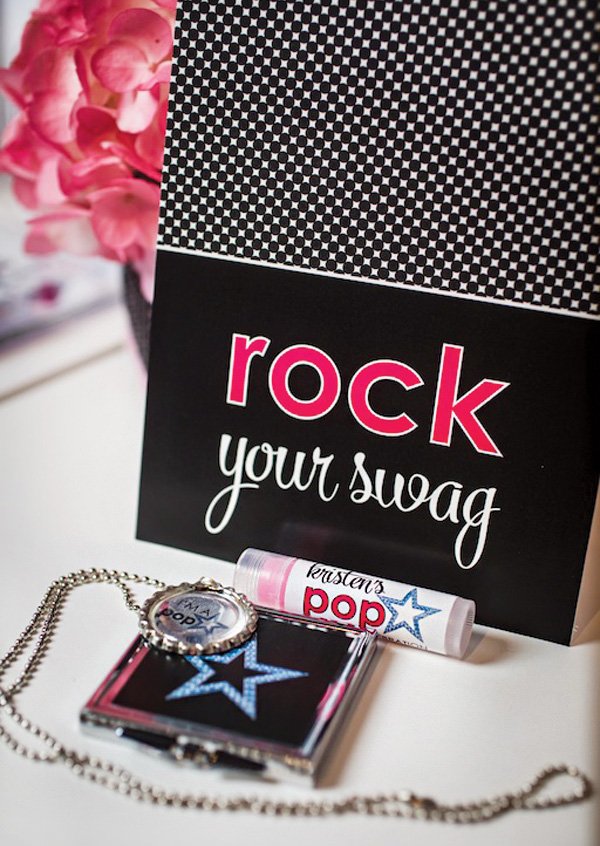 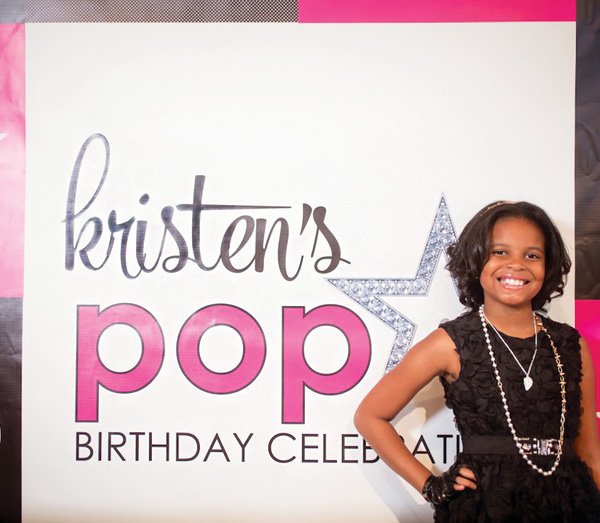 PARTY DETAILS as told by Michelle…

My daughter Kristen loves all things music, so it was very fitting to plan a Pop Star theme party for her 9th birthday. We did a party pre-shoot with Kristen so we could use the images to create some of the party decor. She had a blast dressing up and being a model for the day.

The boxed invitations included a backstage pass to the party along with glitter confetti, a pop star wand, and friendship bracelet.

DECOR
The decor was pop star all the way — pink, black, and gold colors with glam black sequin and pink ruffle linen on the tables. Edge Design created fun girly arrangements in chic black vases. All the stationery from Papered Wonders made for a coordinated design — from a custom Step & Repeat to the custom CD favors.

ACTIVITES
As the guests arrived through the red carpet and VIP rope, they stopped to take a photo at the step and repeat. Then they were able to choose from several stations to party like a pop star. Other activities included:

It was a very special occasion being able to celebrate my daughter. She and her friends had a fun afternoon enjoying the pop star life!