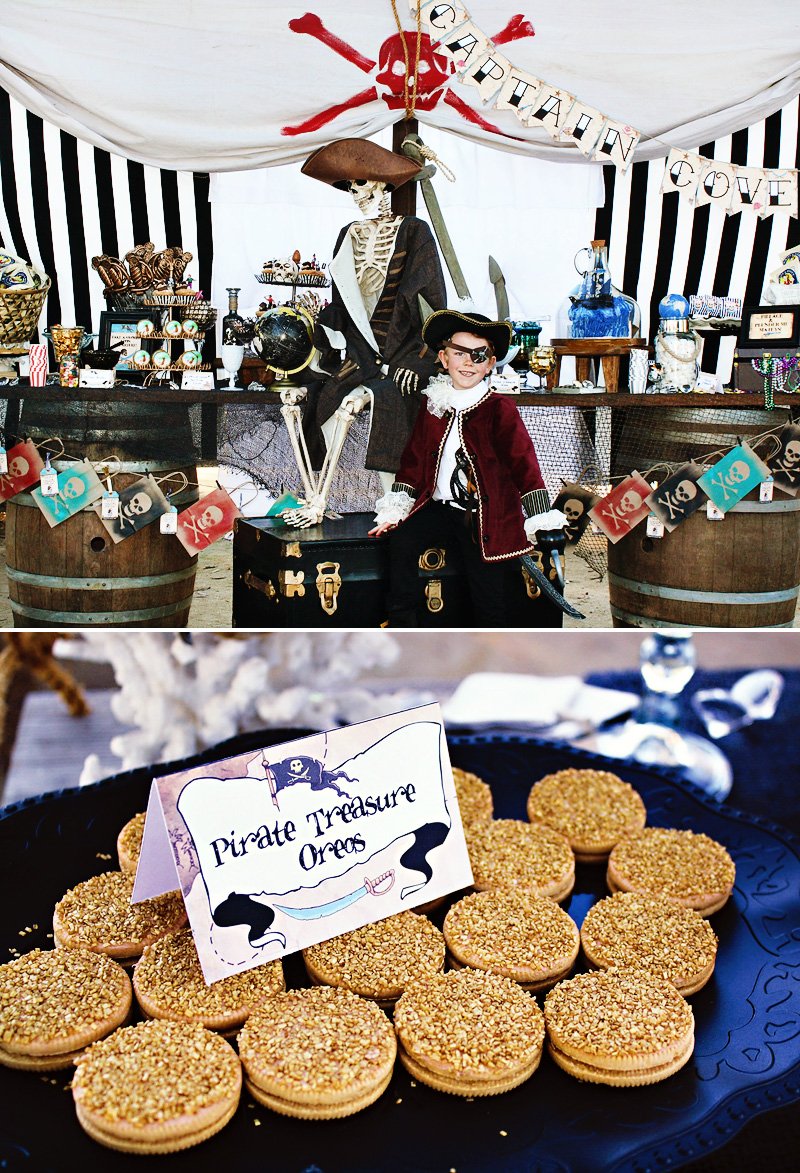 Let’s set sail for Captain Cove’s Spectacular Pirate Birthday Party! It’s possible you’ve seen a million and one pirate parties, but if there’s anyone that can put a fresh, creative twist on a popular theme, it’s Kenna O’Brien of Miss Party Mom. When her son requested “PIRATES!” for his 6th birthday, Kenna dreamed up this fun-filled celebration complete with a “Pirate Academy”, lots of SWEET golden treasure, and a bit of Sailor Jerry inspired flair to boot!

See it all below + check out Kenna’s party details on how she went from feeling not-exactly-ecstatic about working on an “overdone” theme to embracing it and truly loving it. And while we’re on the subject of pirates, I can’t resist throwing in a shout out to that other party where we got to see Kenna’s husband dressed up as Captain Hook! ;) 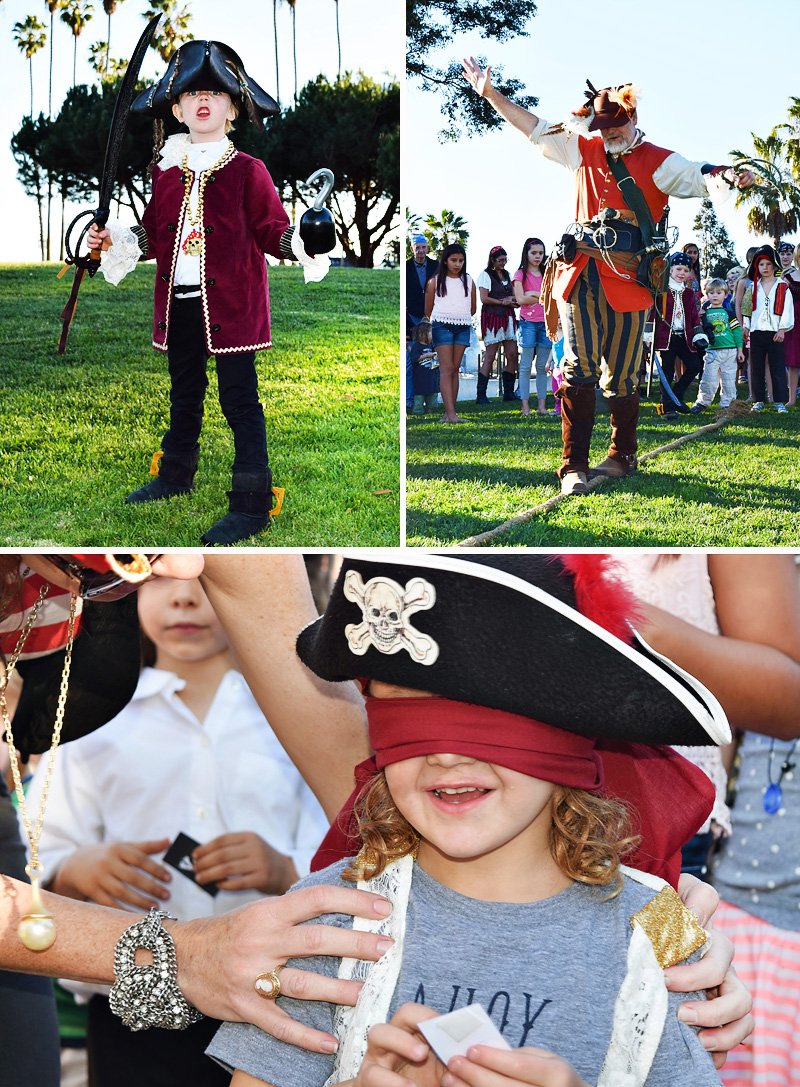 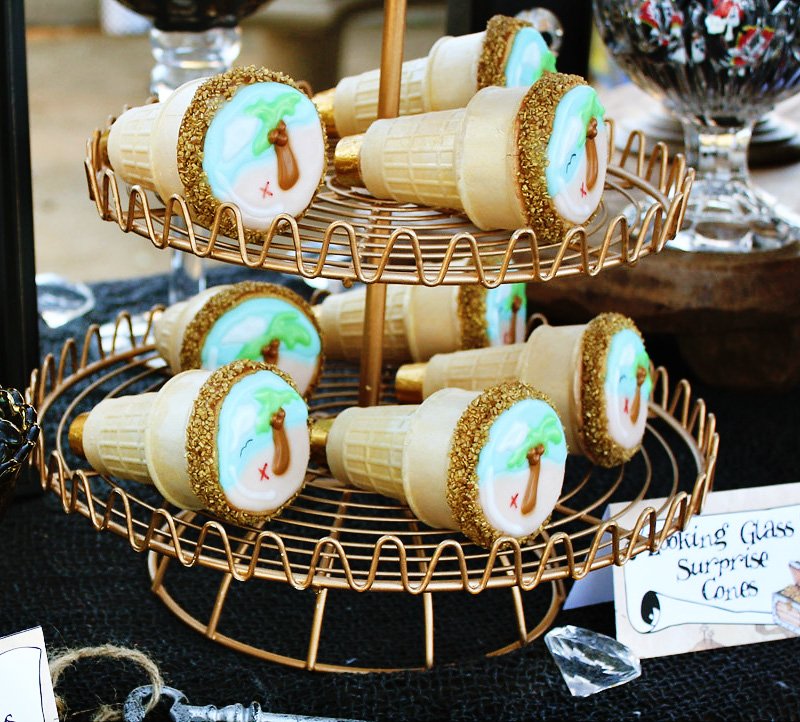 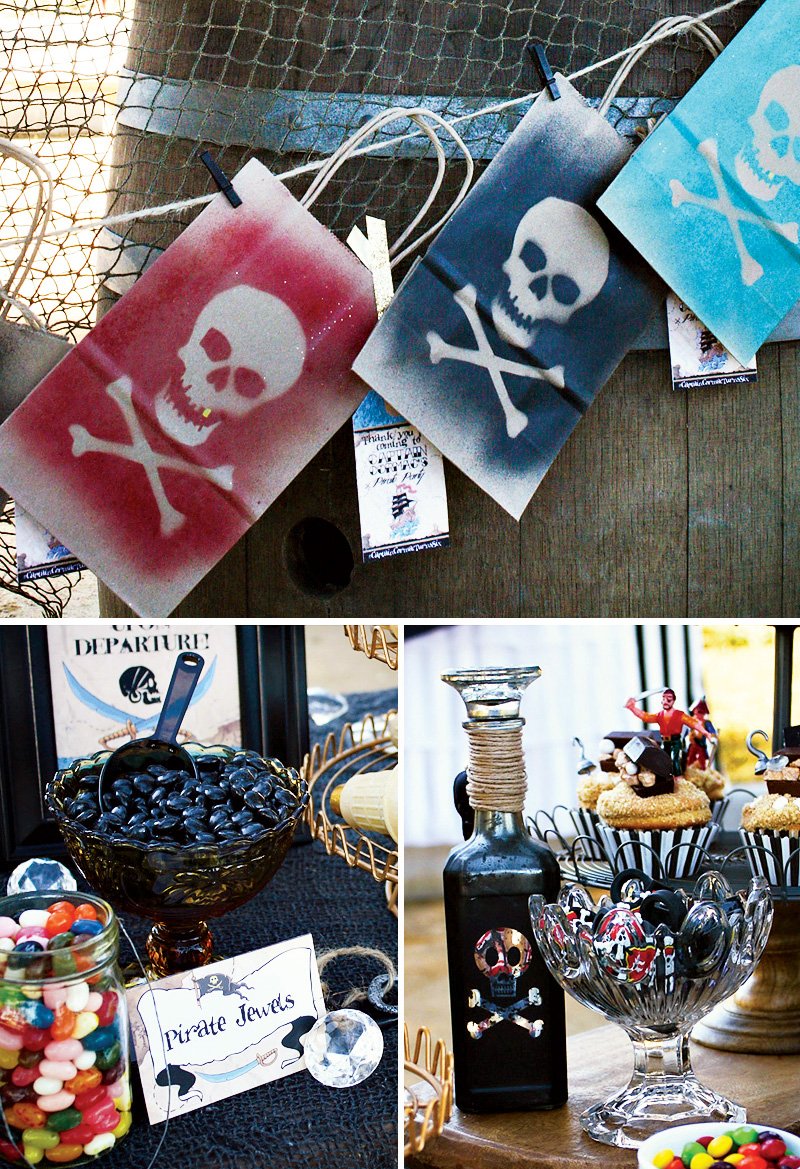 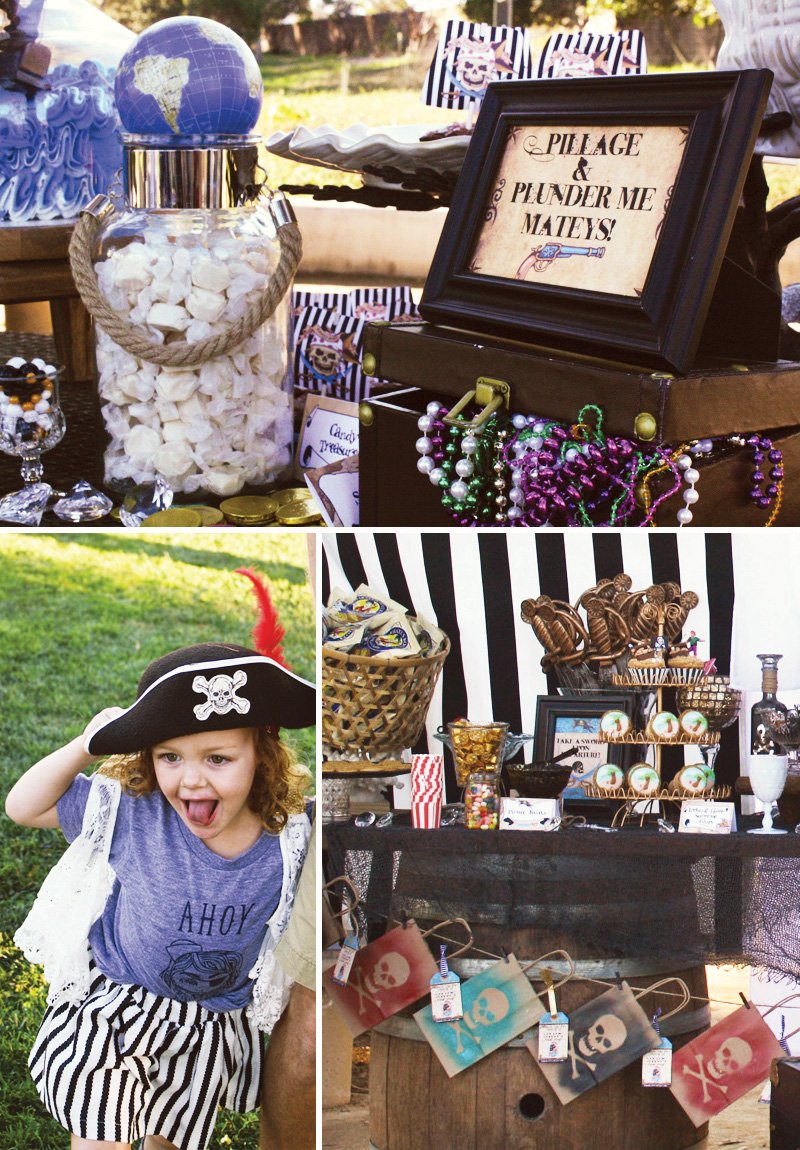 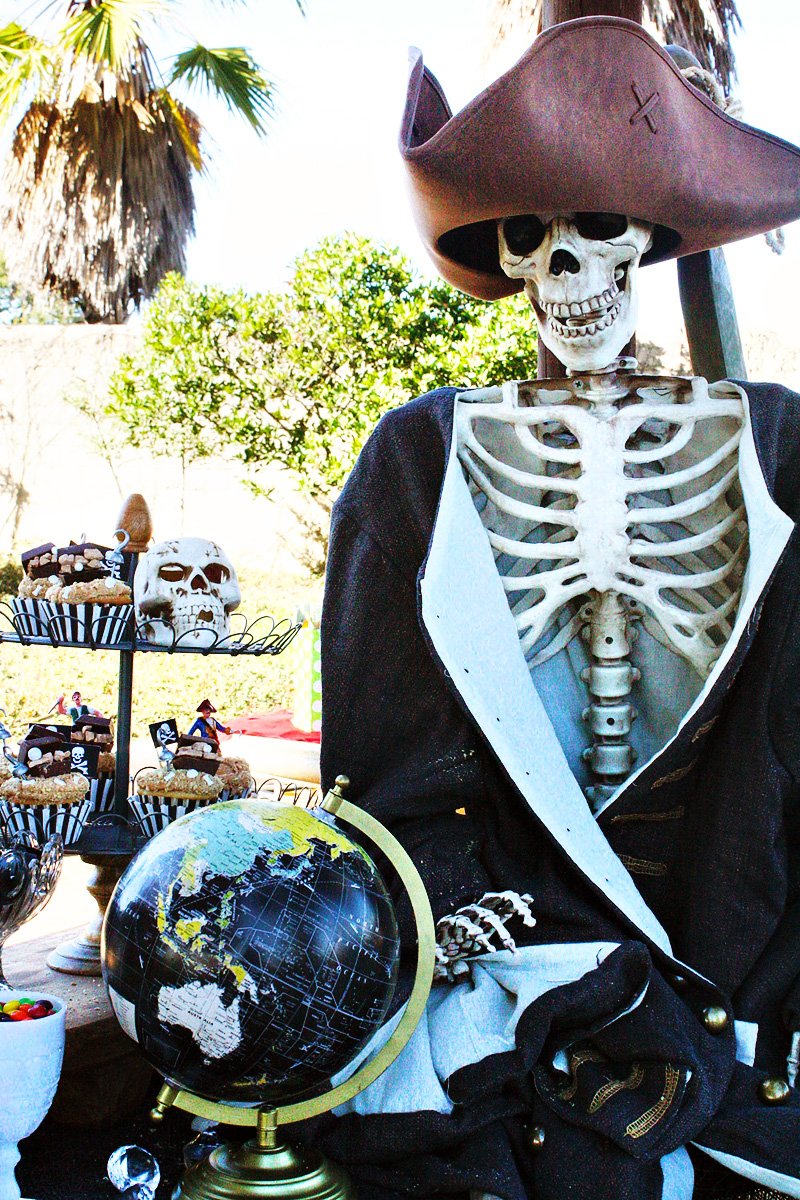 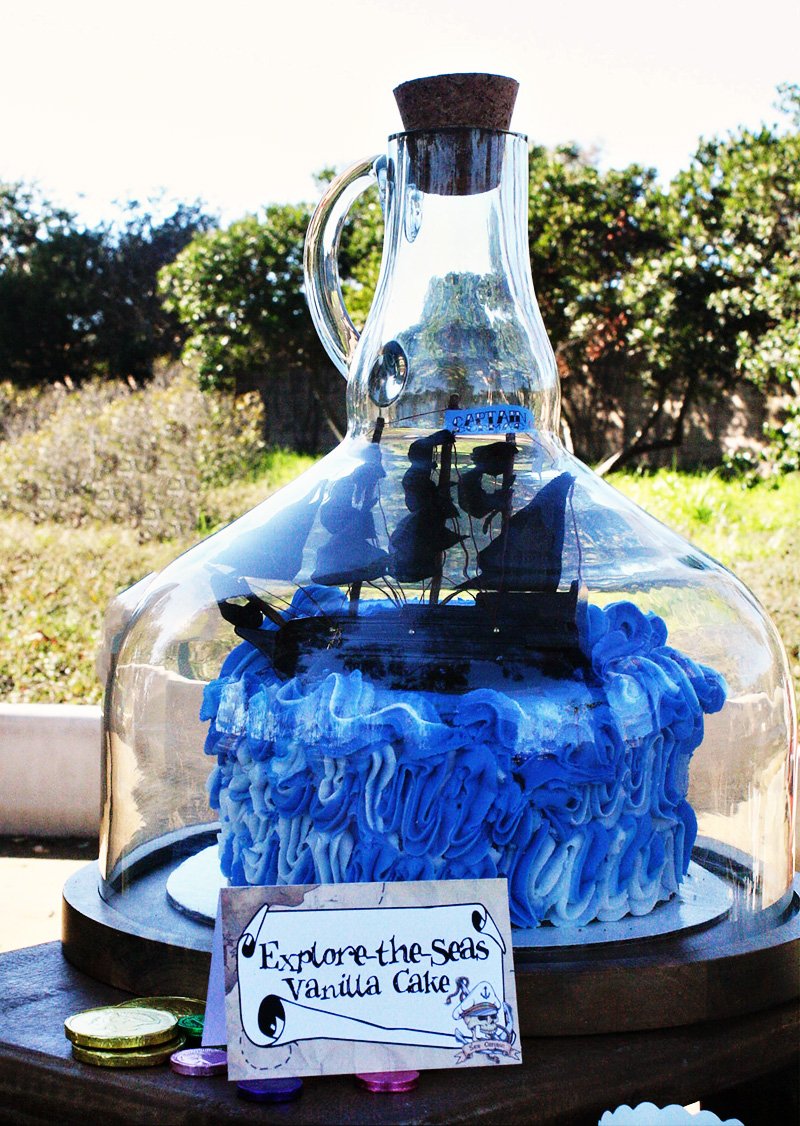 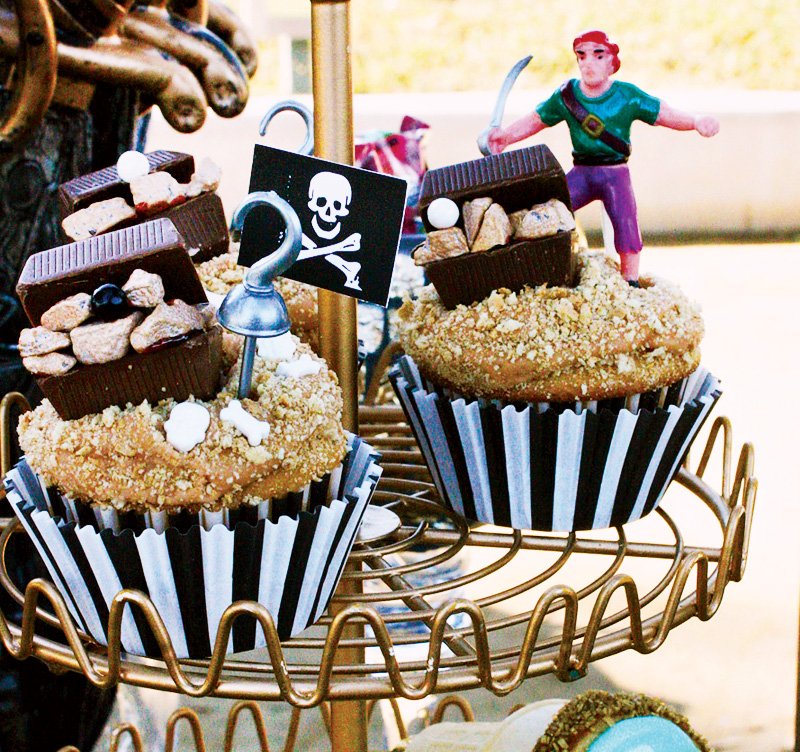 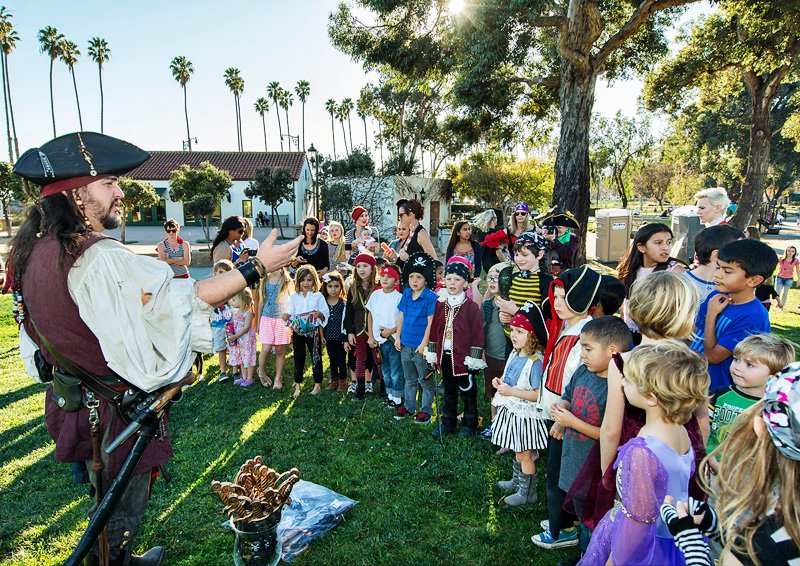 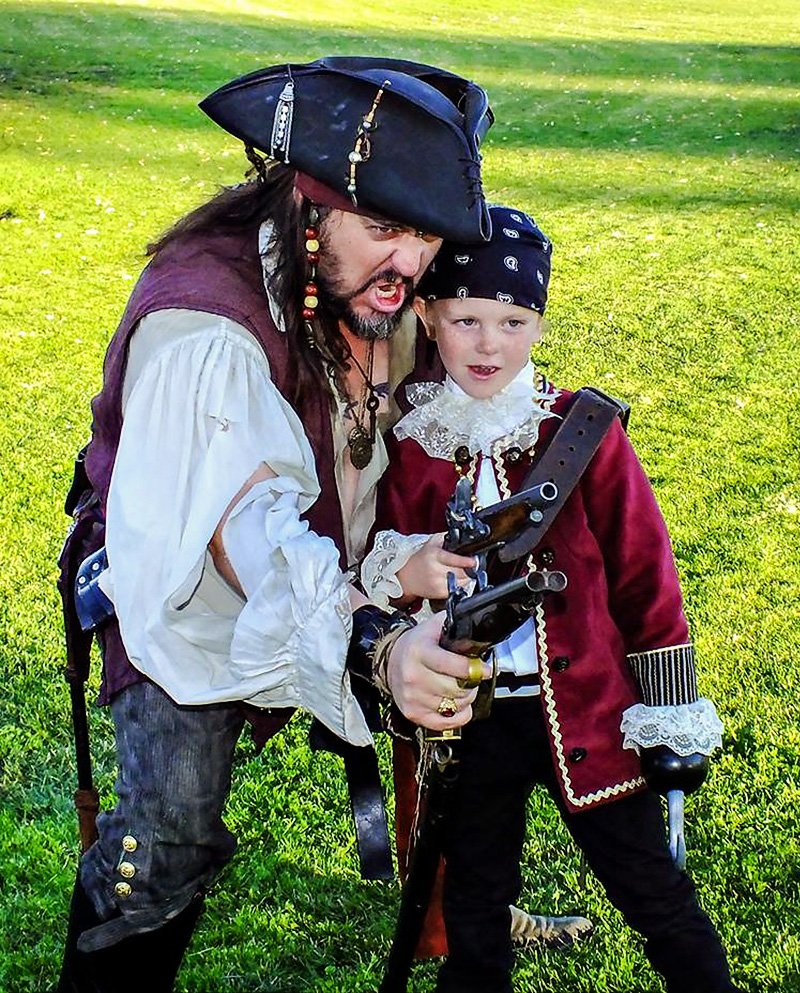 
When my son came to me with his “final choice” for his 6th birthday theme, I’m not going to lie- I was a bit bummed when he proudly declared, “PIRATES!”. Now after all was said and done with this party, I was so deep in to the pirate life style I was pillaging and plundering piñata left overs… However, that is not how I started out! See, after being a party planner and mom of 2 for a few + years now, I’ve seen and been to my fair share of pirate parties, (haven’t we all?!). I just couldn’t see why adding one more in to the universe was an option for us! But at the end of the day, it’s not my party… Right? (The verdict is still somewhat out on that…)


I got to work with the very talented Elena from World Wide Party by Elena on the graphics/printables. I wanted to try and do something as different as possible given the theme… Not an easy feat! I gave Elena my vision for “Sailor Jerry meets Pirates of the Carribean” and she sent over multiple designs- all unique and amazing! Cormac is old enough now to where he can pick and choose exactly what he likes so it was a fun process to hear his thoughts on what the printables should look like. He insisted his pirate name be Captain Cove (an ode to his middle name) so I ensured his party banner had his new moniker!

Once we nailed down the invite I had my roadmap for the party. I decided early on I would start collecting goblets and other gaudy dishes from thrift shops and set up a dessert table to look like a pirate dining experience. In the end I had about 15 various goblets and dishes that I filled with candy, rings, jewels, tattoos and more… It looked like something out of the Pirates of the Caribbean ride at Disneyland!

Being that January was a busy month for me, my friend Kara from Kara Walker Visual Design offered to bring her custom made pirate sail down to use for the dessert table. She knew it would add a huge bang and allow me to focus on a client party I had shortly before Cormac’s. She made the sail years ago for her son’s party and I was always in awe of how great it had turned out. At any of our house parties I wouldn’t have thought twice about putting it up… But because this party was at a park in Santa Barbara- I was a little nervous with our grandiose plans! Thank God Kara is just as crazy as me! We became quite the scene putting together the 14foot sail, gathering a crowd of children and parents for an hour as we assembled it. In order to get it up we used a 12foot ladder and a dolly to wheel in our two wine barrels, which propped it all up. We definitely got our work out for the day!


A week before the party- as we were shopping for a few additional items, I got the idea to make Cormac a pirate coat. We headed to the fabric department of the craft store we were in where he picked out a wine colored corduroy, gold trim, buttons and ruffles for the sleeves. I got to work and finished on his actual birthday…. I was pretty thrilled with how perfectly it fit him. I added a felt buckles to his black UGG boots and found a white button up for him to wear underneath. He was in pirate heaven with his new costume- almost wearing it to bed the night before his party.


Because we invited Cormac’s Kindergarten class, family and friends- I knew we’d be expecting upwards of 40 kids. I needed something BIG for the entertainment because it just wasn’t possible for me to wrangle that many children! I hired a local Santa Barbara pirate act called the Corvus Skull Pirates and they came and took over- as any good set of pirates would! I don’t think they broke their pirate lingo once for over an hour! They had the kids partake in a “Pirate Academy” which included “walking the plank”, sword fighting techniques and more… Everyone loved it- even the parents got a kick out of their pirate banter.

All in all, it was a very fun party and Cormac was all the talk of his Kinder class that Monday. A couple kids even told me it was the, “best party they’d ever been to”… A party planner’s biggest compliment, wouldn’t you say?