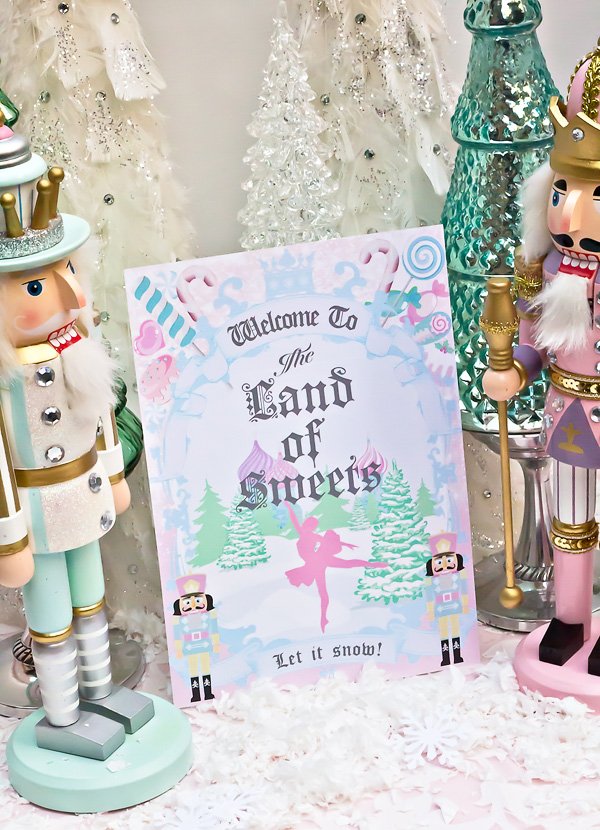 This whimsical take on the classic Nutcracker ballet is guaranteed to have little ones twirling with delight! Danielle of Cutie Putti Paperie used non-traditional Christmas colors and sparkly treats to bring this Sugarplum Fairy Nutcracker Birthday Party to life for her youngest cousin, Emily. Tinseled trees, a chandelier-inspired cupcake display and dazzling desserts make this Land of Sweets perfectly dreamy. :) 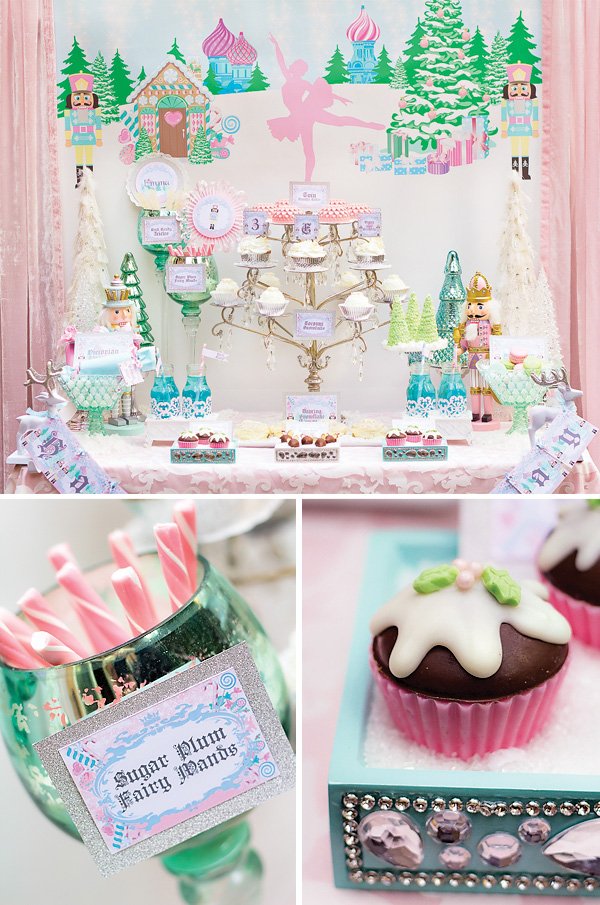 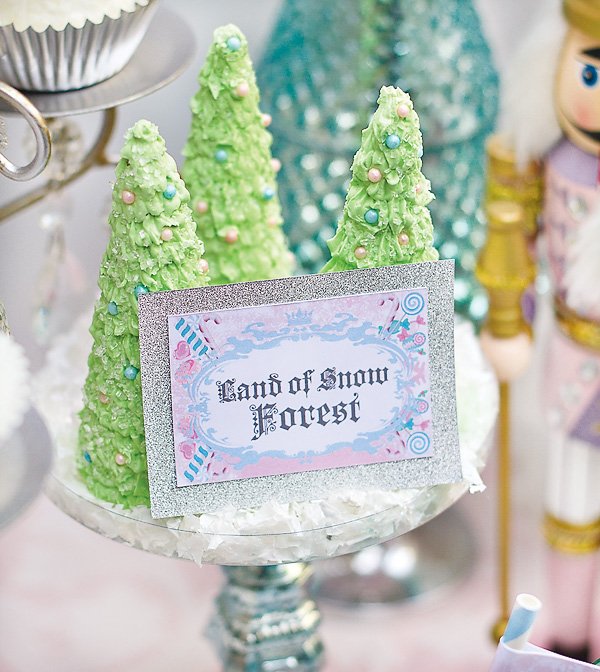 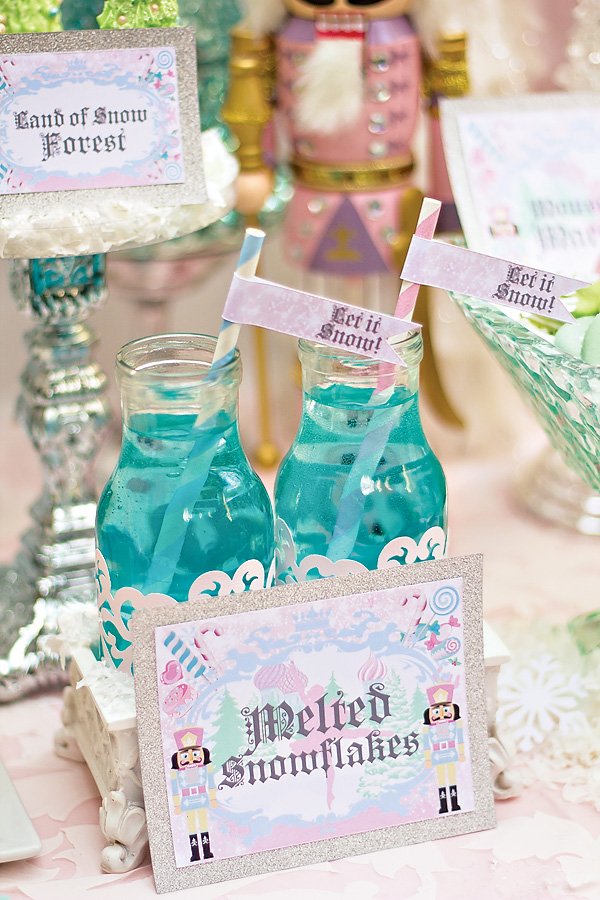 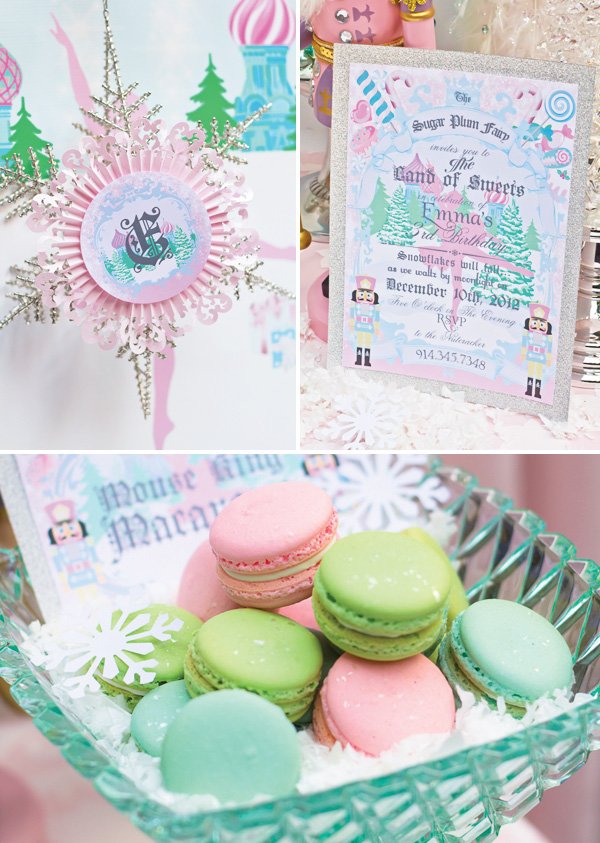 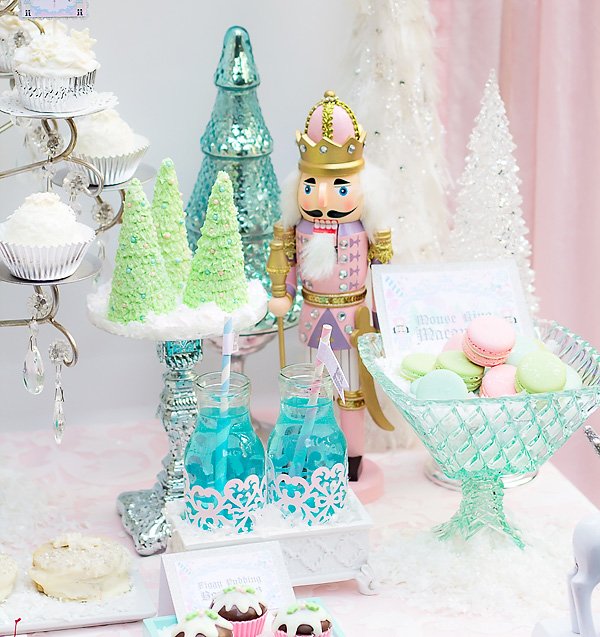 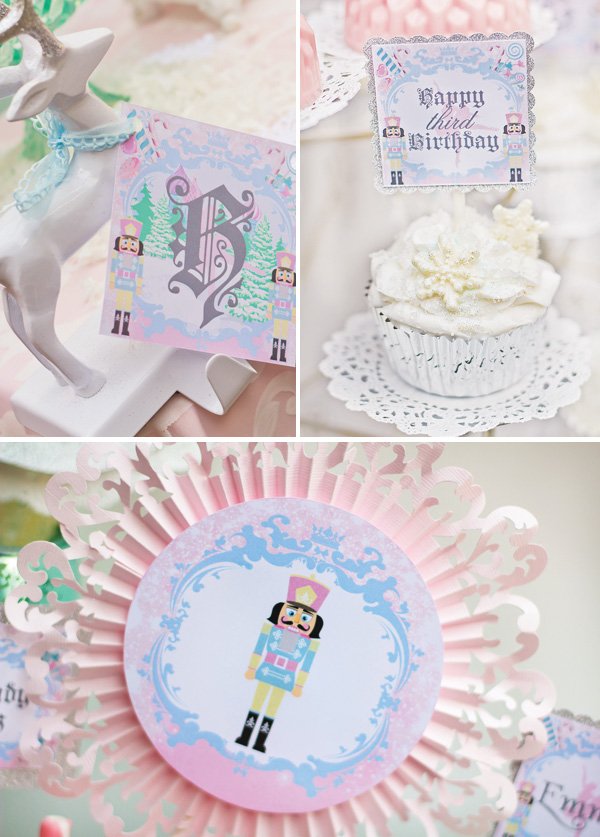 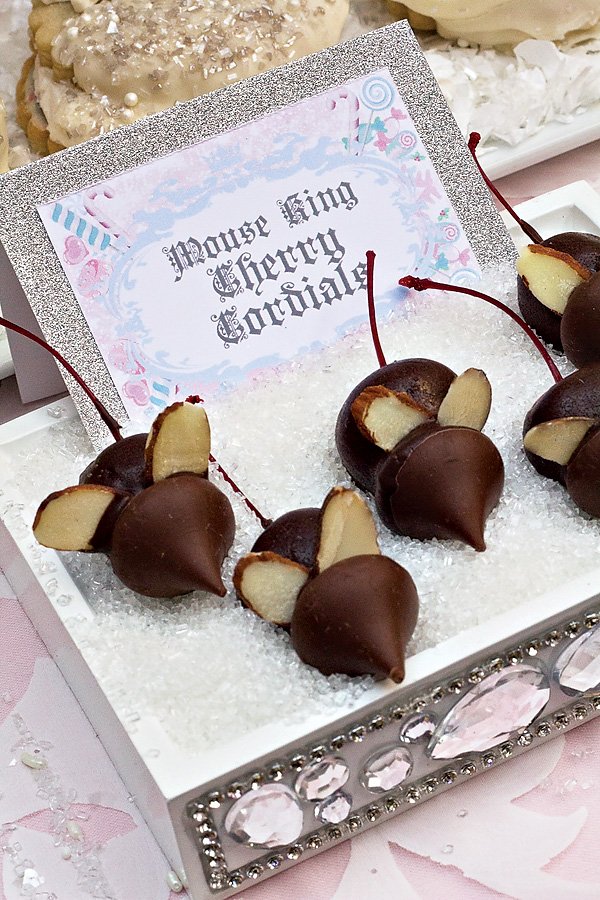 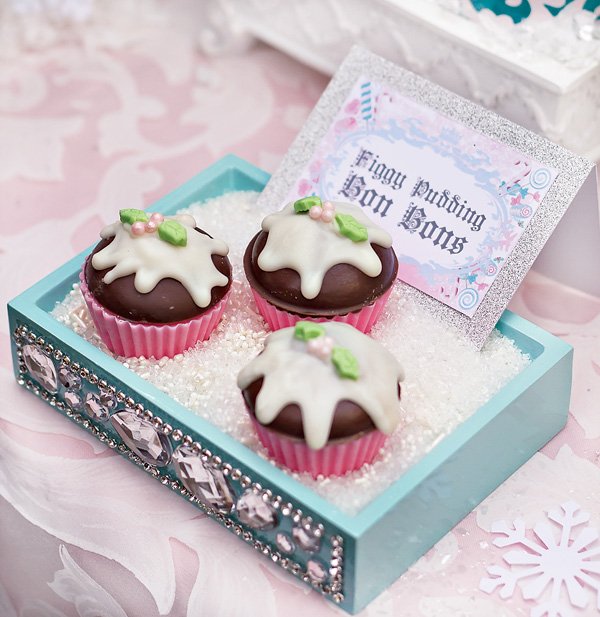 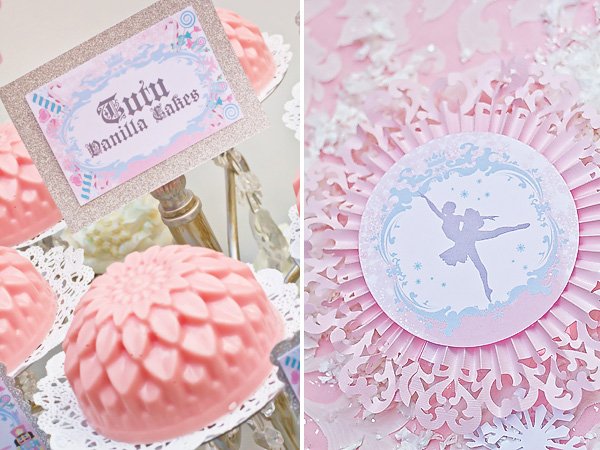 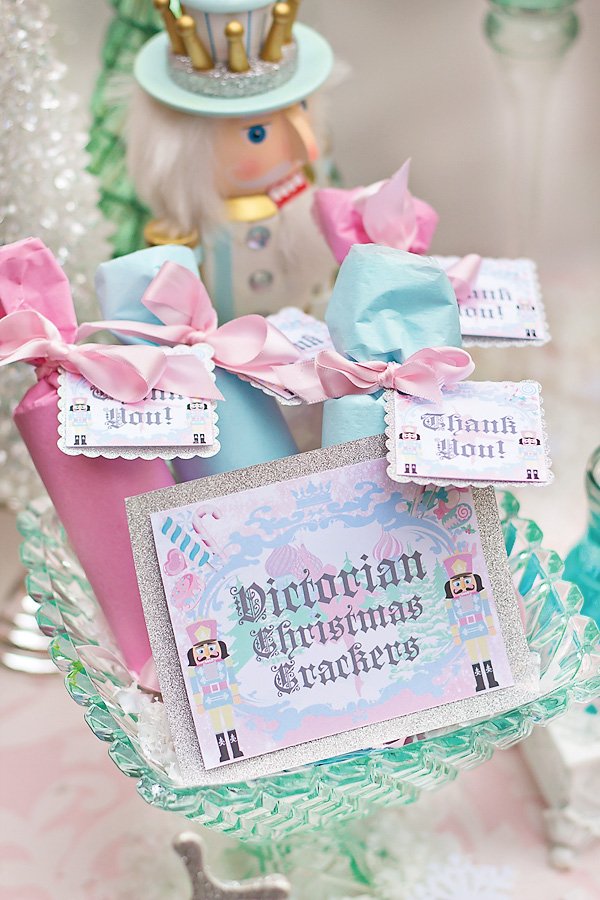 PARTY DETAILS as told by Danielle…

Here in NYC around the holidays, it is a family tradition for all the women and little ladies to get dolled up for the day to have tea at the Plaza and then off to the ballet to see The Nutcracker. Last year, my littlest cousin, Emily, happened to be too young still to join in the fun, being only a mere 3 years old. Feeling sorry for the little tot, I decided to bring the Nutcracker to her for her 3rd birthday.

The invitation included all of the sweetest elements of the famous story, including nutcrackers, christmas candies and goodies, and of course a beautiful ballerina. The pastel candy-colored palette was a must for this grand event.

I designed a custom backdrop, and flanked each side with pink velvet curtains to give the illusion of a staged performance. A baroque chiffon overlay was used as a tablecloth over a pink underlay. Fake snow and paper snowflakes were scattered on the tablecloth to add to the wintery feel, and custom and themed party circles were backed on large paper snowflakes and beaded snowflake ornaments found at Homegoods.

The little ballerinas sipped on melted snowflake punch and ice cold milk. Cupcakes were made in place of a traditional cake, and decorated with custom cupcake toppers, edible sugar snow, and fondant snowflakes.