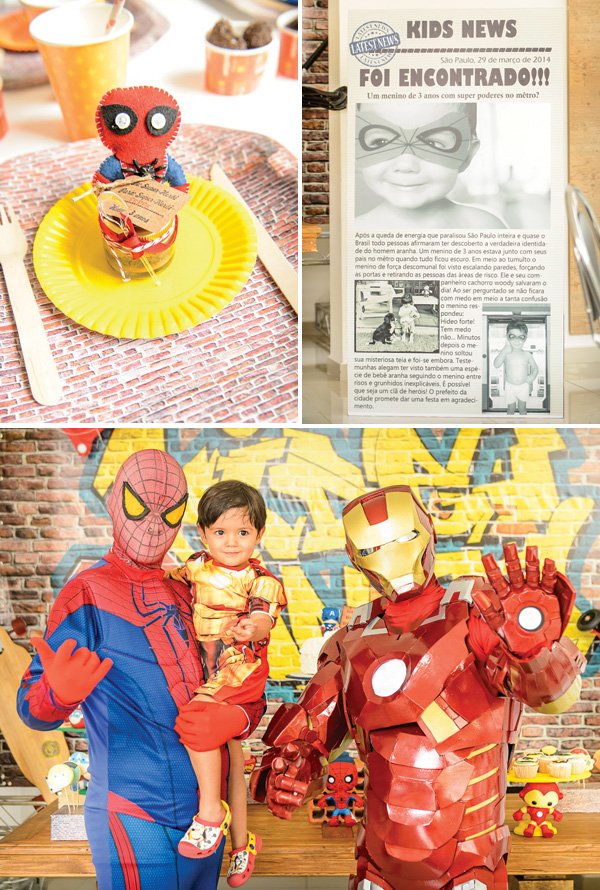 When you can’t decide on a specific super hero to focus a party around, why not include a whole squad — more catchphrases to choose from, right? ;) Juliana Vargas‘s son had one requirement for his 3rd birthday: lots of his favorite super heroes. Thus, this fantastic New York City Super Hero Squad Birthday Party was born! There are so many clever touches to check out here, but I’m especially loving the cool city alley style dessert table, telephone booth display case, & those adorable little felt hero dolls dressing up the table place settings (Wonder Woman for me, please!). 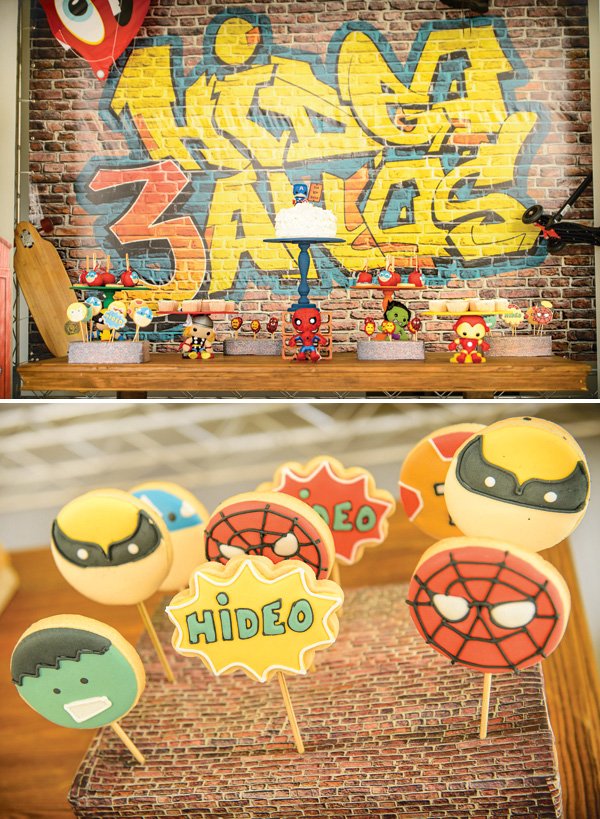 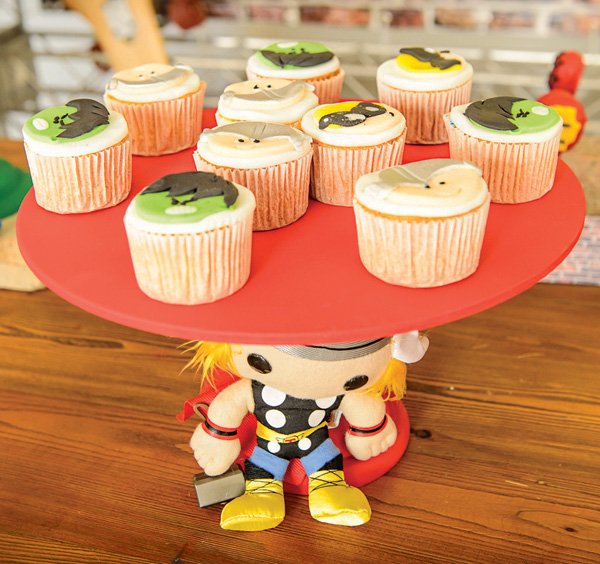 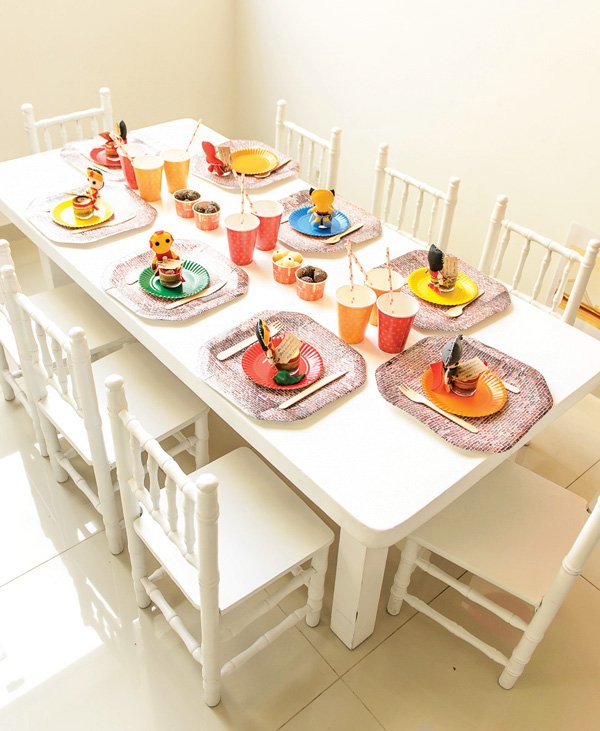 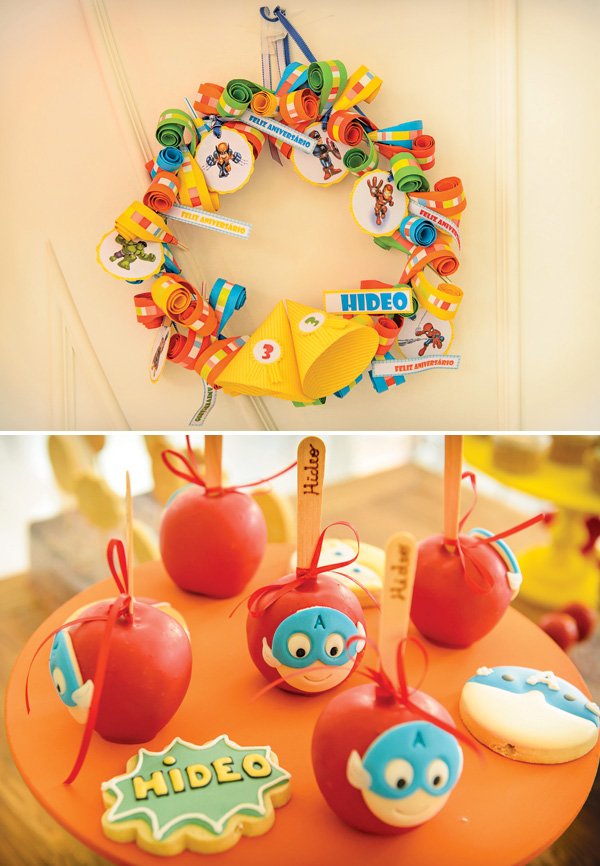 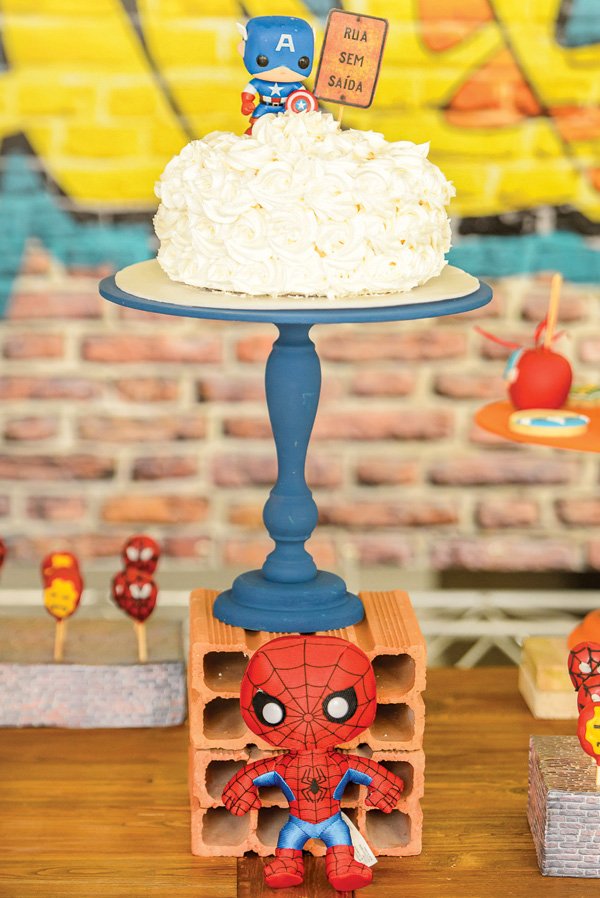 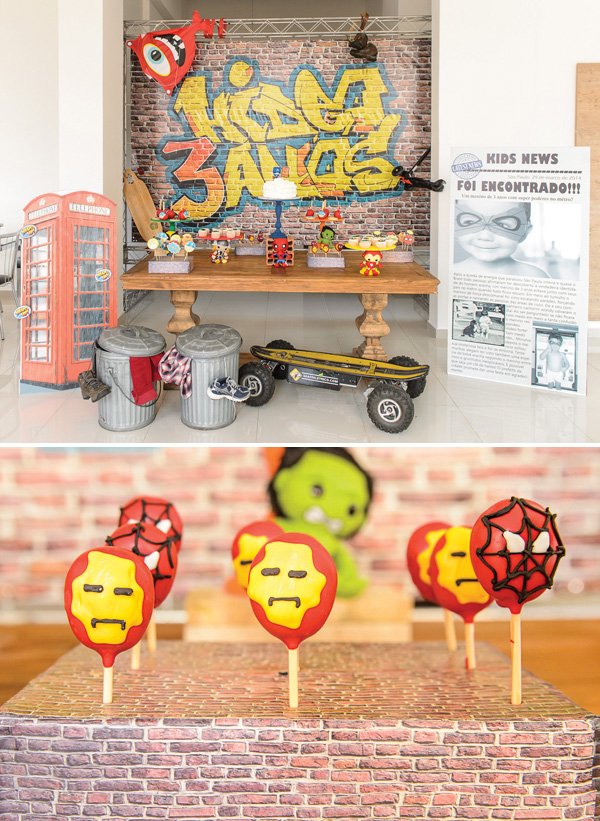 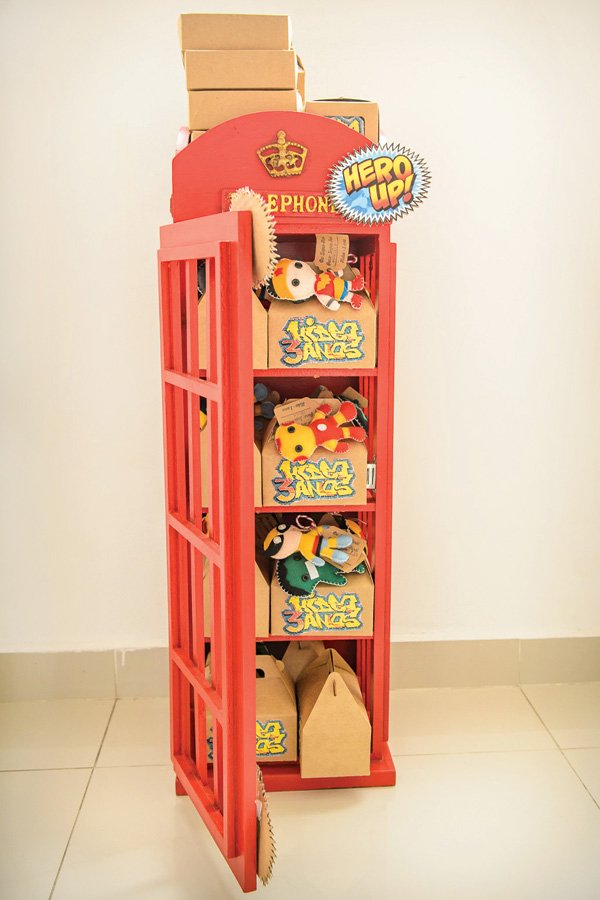 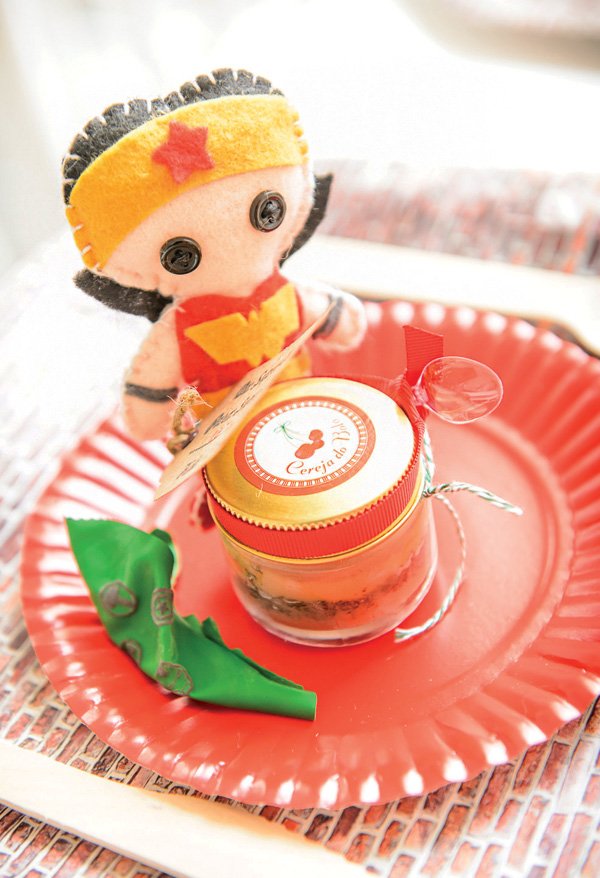 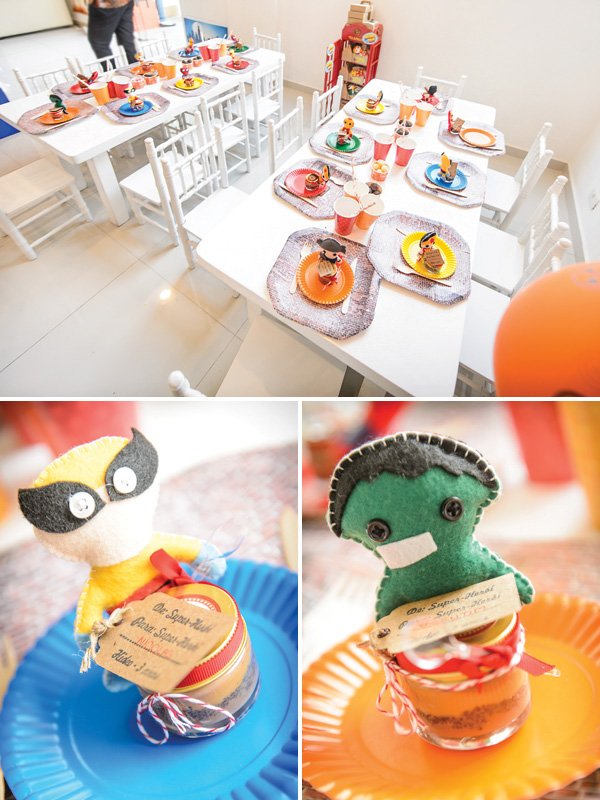 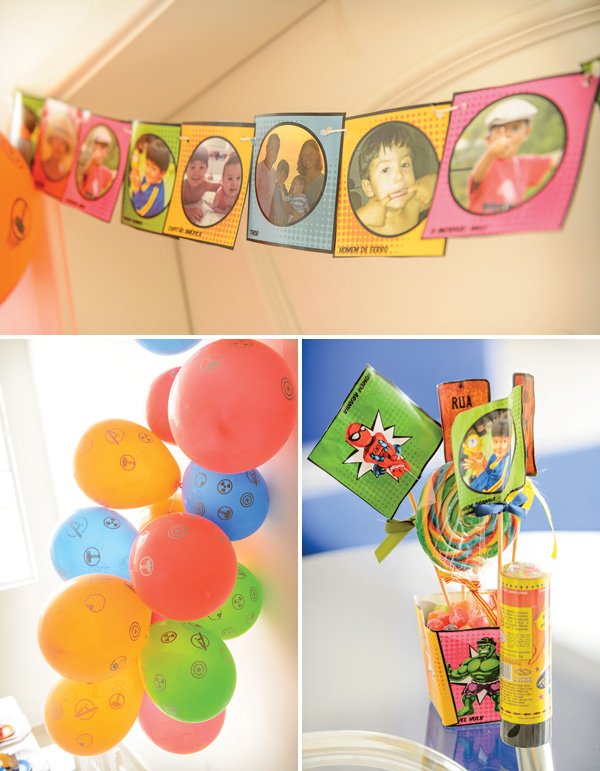 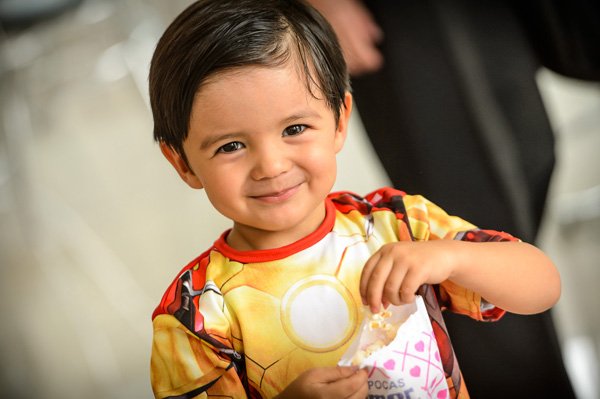 PARTY DETAILS as told by Juliana…

This year we decided to invest in a larger party, since Hideo has several school friends, others he met on trips, and their friends who are not in school together anymore. This time I had plenty of time since I’m not working, but realized that if you want to have a really great party, you have to let other people do some things for you.

Hideo chose the theme Super Hero Squad (Squad Heroes) from the get-go. Karen Ayars helped a ton with assembling this beautiful party. We made a feast of super heroes out of cookie-cutter buildings, pop art, hero puppets and city details. The dessert table was meant to resemble a New York City alleyway dead end.

For the centerpieces, I chose the best photos from previous parties and added them to flowerpots with characters from the squad of heroes, lollipop candies, gum, and a sticker.