Attention!! Gretchen of Three Little Monkeys Studio knows her son is a toy soldier fan, so when his birthday rolled around, what better way to celebrate than with a Toy Soldier Camo Birthday Party?! Not only is this party beautifully done (boy parties can be beautiful too!) but the activity ideas look so fun and creative! I am especially loving the Army tank painting — I know so many kids that could sit and do that for hours! Forward march to see all of the amazing details! 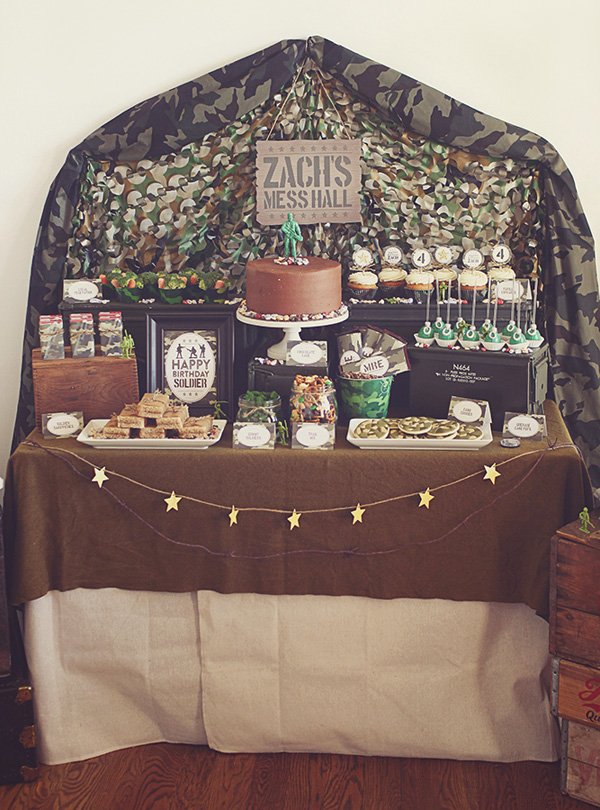 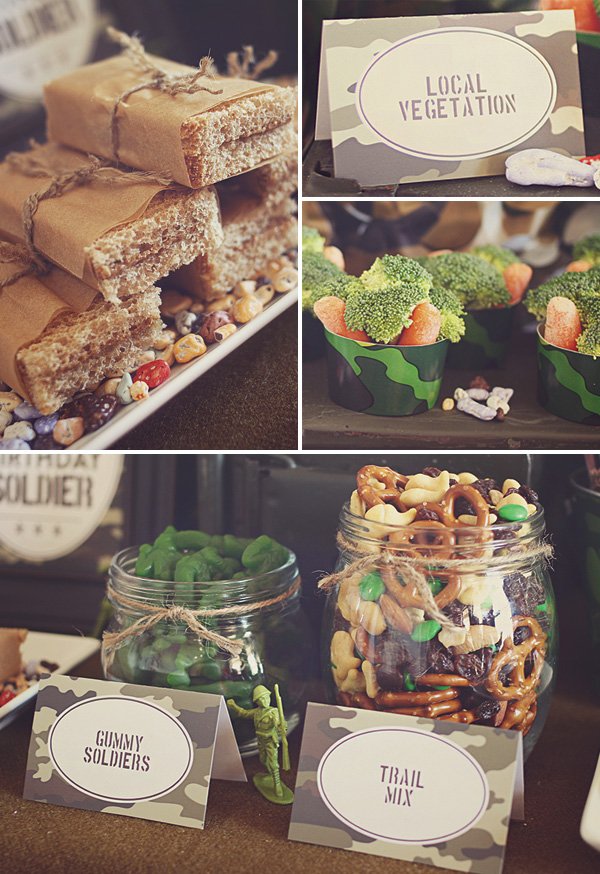 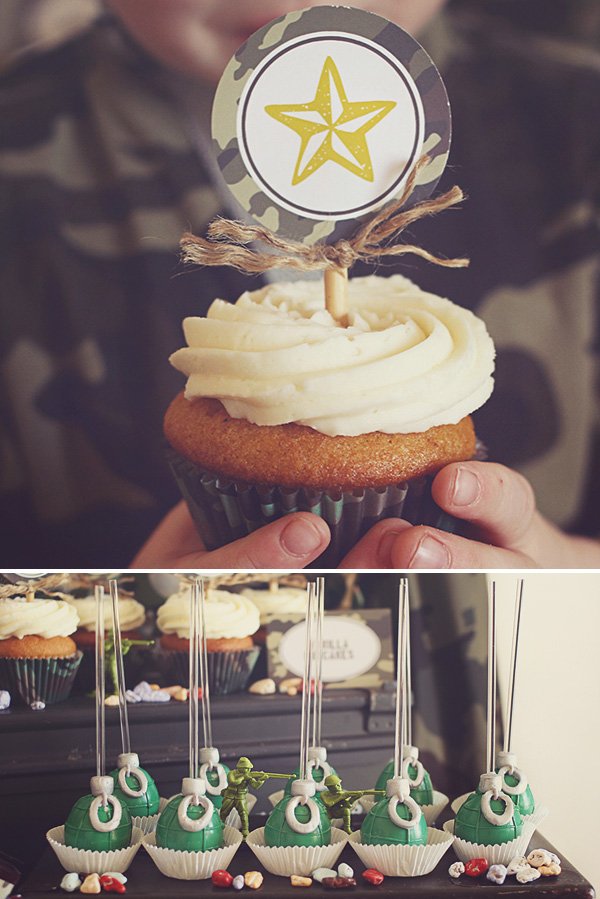 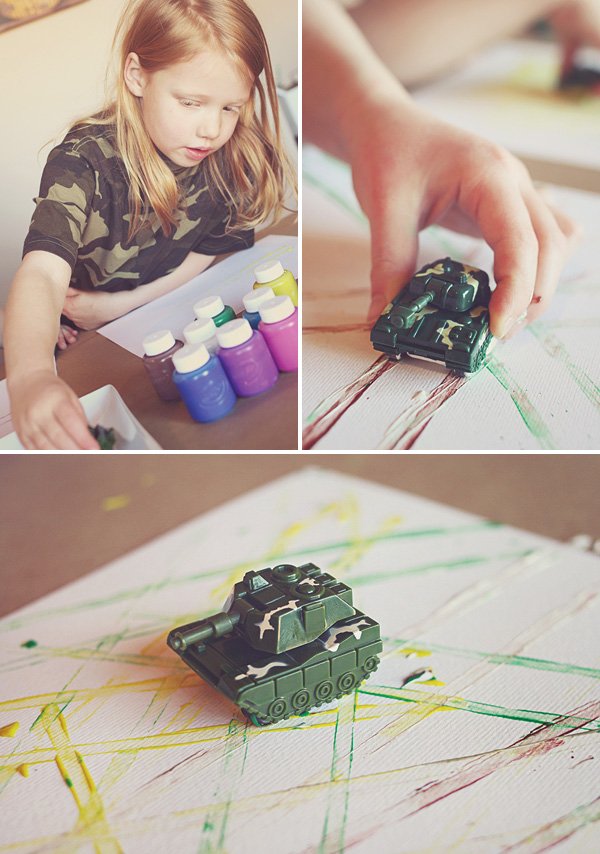 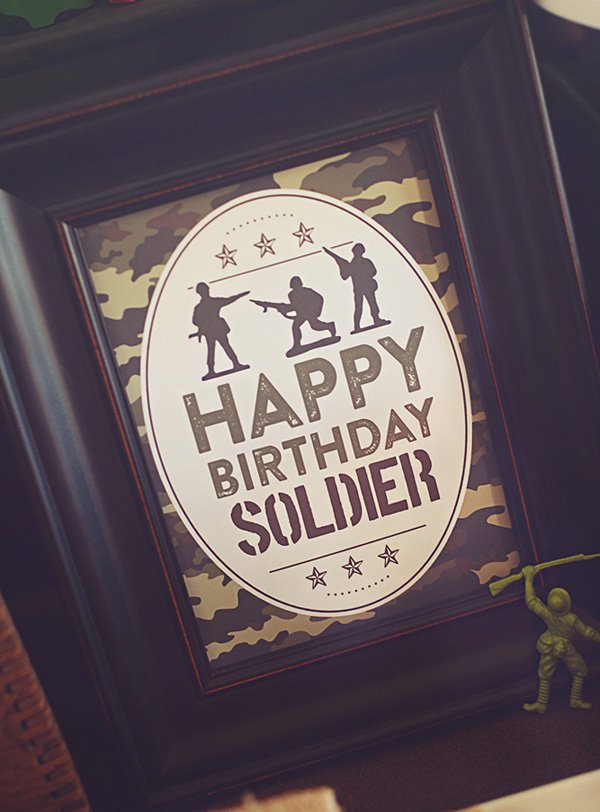 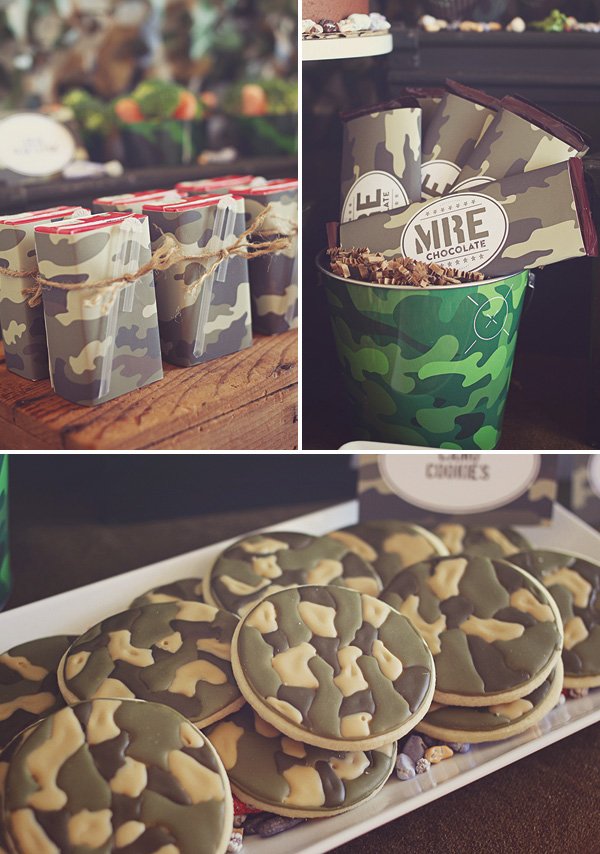 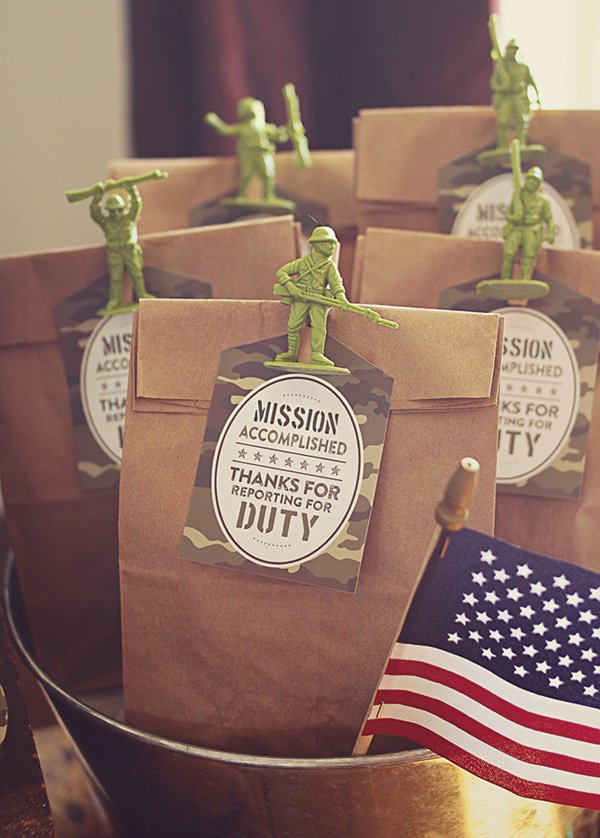 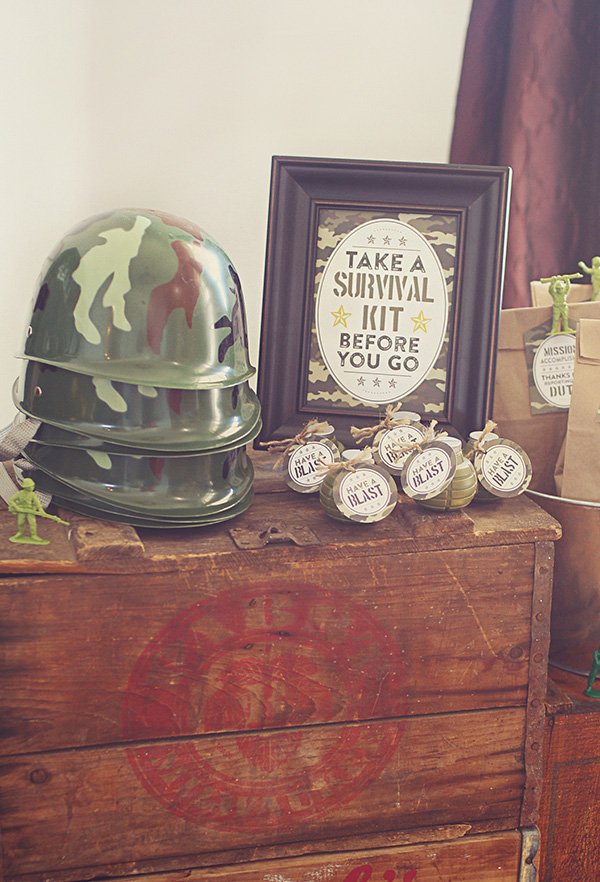 PARTY DETAILS as told by Gretchen…

Despite having two older sisters, my son Zach is all boy and loves playing with toy soldiers. For his birthday party we settled on a camo party with a mess hall, war games and a fun craft using tanks.


Meal time is Zach’s favorite part of the day, so I decided to give our party a Mess Hall spin by serving a selection of his favorite foods — sandwiches, broccoli and carrots, homemade trail mix, gummy soldiers, juice, and some pretty amazing desserts. Guests were given lunch trays to fill up to reinforce that mess hall theme.

To save myself some time on the desserts, I ordered a chocolate cake and vanilla cupcakes from my local Whole Foods market. I ordered them “plain” and dressed them up with chocolate rocks and a large toy soldier. I dressed the cupcakes up with toppers I made and then placed the store bought cupcake in a camo cupcake wrapper.

Samantha of The New York Cakepopery Inc made adorable grenade cake pops. Watch out, these babies are the bomb. (OK, I couldn’t resist a pun.) Chloe of Chlobugs Cookies made the cute camo cookies. It was hard to eat just one … or two. I’m telling you, icing. Mmmm.


My backdrop is a faux mess hall tent made out of camouflage fabric suspended from some 3M Command Hooks. I also strung up two layers of camouflage netting behind it and covered the table with canvas drop cloths and a vintage army blanket I found in a thrift shop. Then I made a small gold star bunting and strung some barbed wire garland along the front of the table. Ammo boxes and vintage crates and boxes were used as risers to add height and visual interest.

To keep the kids and adults entertained, I came up with three fun activities—tank painting, a water grenade fight, and I also set up a tent to play in.

My friend Jessica of Everyday Party Magazine made me an A-frame tent, which I set up in the backyard with a blanket, camo pillows my mom made, some toys and a bucket of soldiers. It made a really fun area for the kids to rest and play.

The tank painting activity was so much fun. I set out some art paper, paints and cute little Tanks from U.S Toy. The kids dipped their tanks in the paint, and then drove them across their canvases. The wheels made interesting patterns.

But by far, the favorite activity of the day was the water grenade fight. I built two bunkers out of boxes and covered them with camouflage netting. The adults couldn’t resist diving in too. Each group was given a basket of water balloons and a white flag when ready to surrender. We had to reload the bucket of water balloons several times because everyone wanted to keep going. So much fun.

This was definitely one of the most fun parties we’ve ever had. Hope you enjoy it!