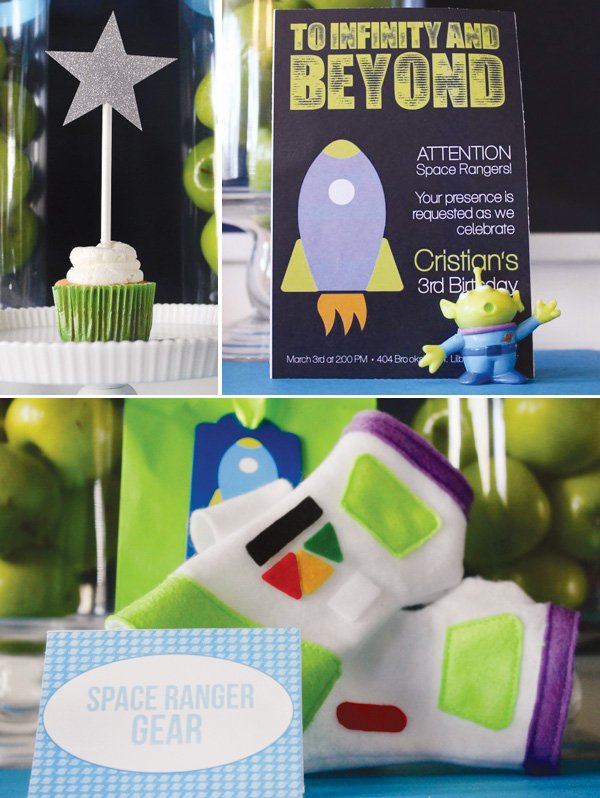 This simple, yet “out of this world” Toy Story Birthday Party by Jessica from OhSoPrintable would make any boy want his birthday to last to infinity and beyond… especially when he is wearing a pair of super cool homemade Buzz Lightyear gloves! 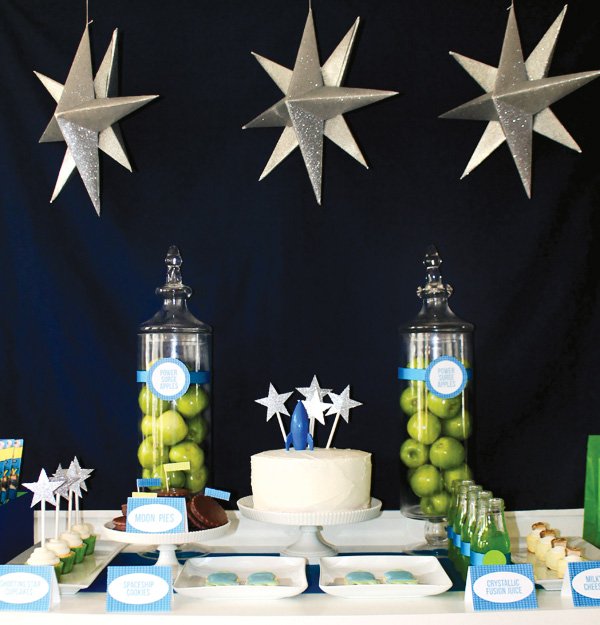 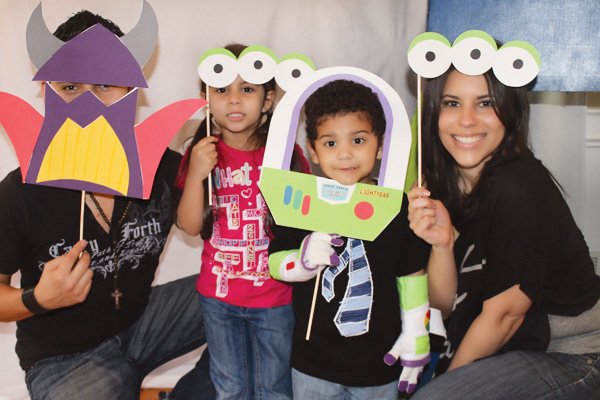 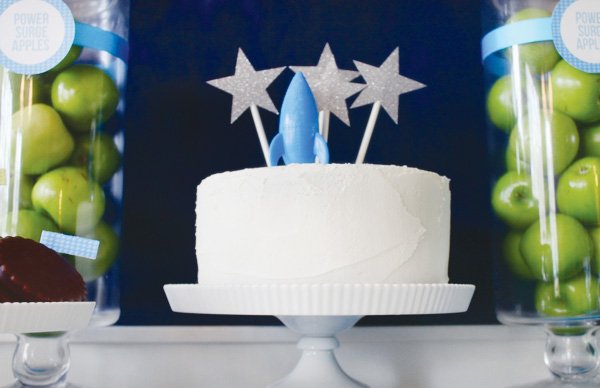 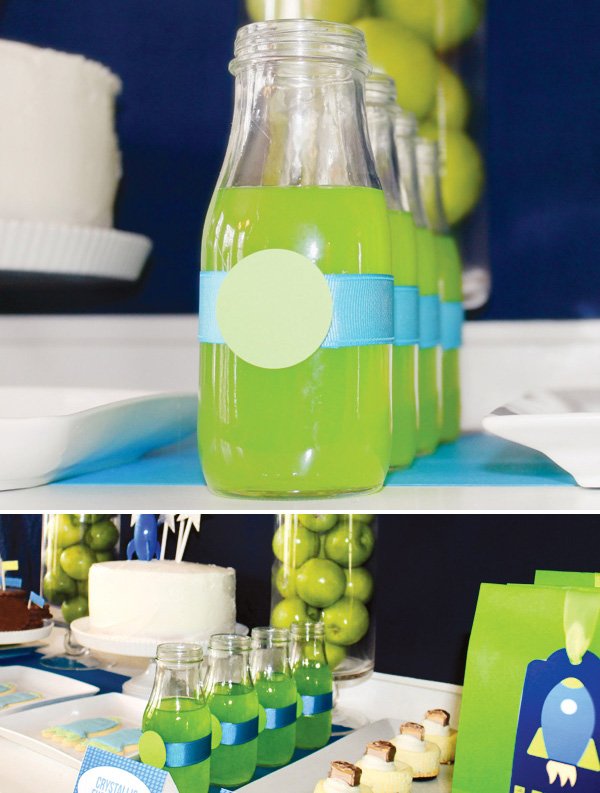 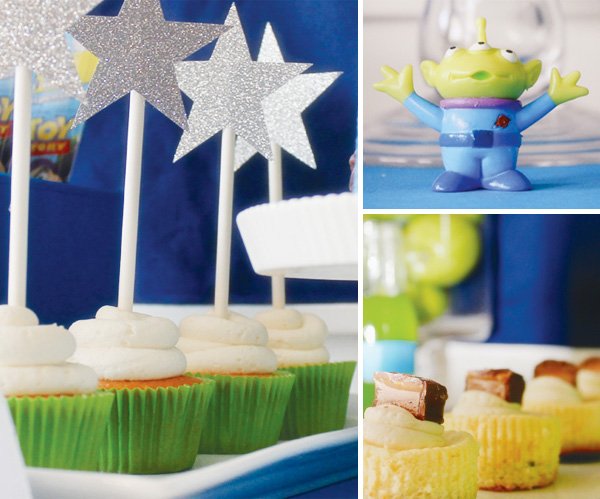 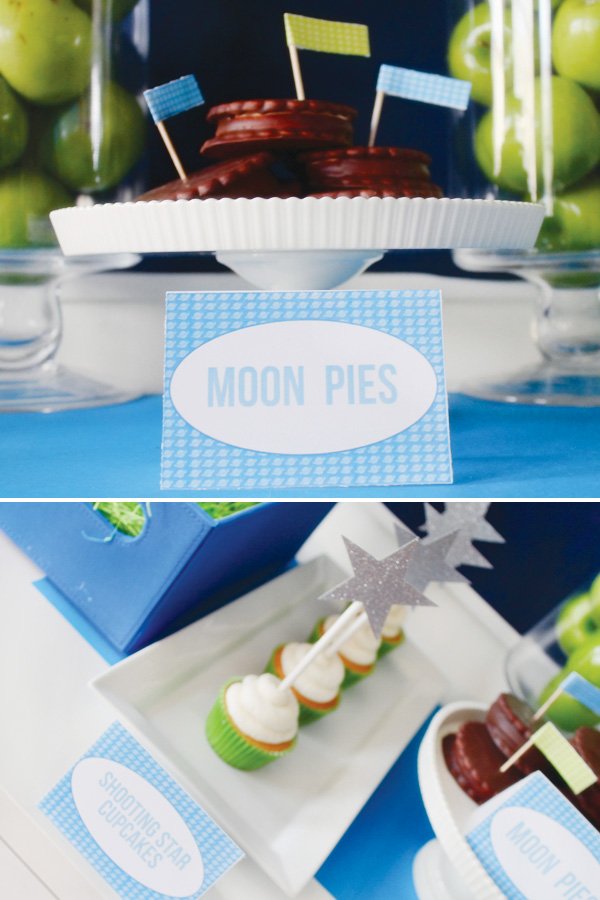 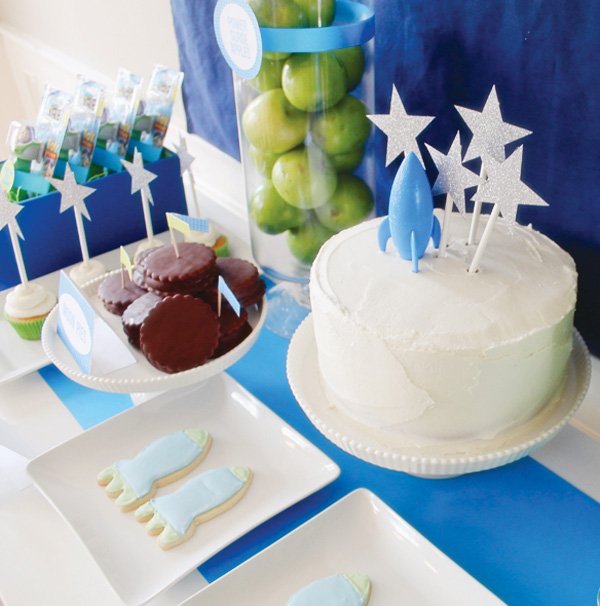 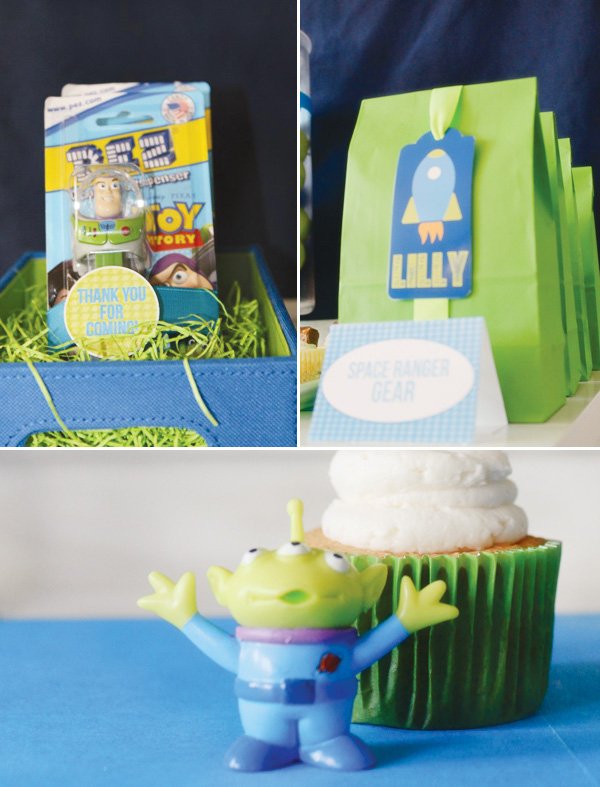 PARTY DETAILS, as told by Jessica…

The party “Blast off to Infinity and Beyond” was born out of my son’s love for Buzz Lightyear. My brainstorming began on Pinterest and searching through my favorite party blogs. I decided on lime green, blue, and navy blue as the color scheme for this space-inspired Toy Story birthday party. Everything seen in the party was either handmade or purchased at locals stores: Joann Fabrics, Michaels, and Hobby Lobby.

As I thought of ideas for the party, I came across the most adorable tutorial for handmade Buzz Lightyear gloves and decided those would be the perfect gifts for the children. Thankfully, my mother-in-law is wonderfully talented with a sewing machine and gladly took on the project. I packaged the gloves in a lime green paper bag and as the children came in they made a stop at the table to pick up there “Space Agent Gear.” I also knew I wanted to have a photo booth with various Toy Story characters and sayings. It was definitely the most popular activity at the party. Both the adults and children had a blast taking pictures with the props.

My favorite details about the table display were the Shooting Star cupcakes, inspired by Abby of Style Me Pretty, and the hanging stars which are simple and economical to make. Also included in the display were Milky Way Mini Cheesecakes, Spaceship Cookies, Moon Pies, Power Surge Apples, and Crystallic Fusion Juice.