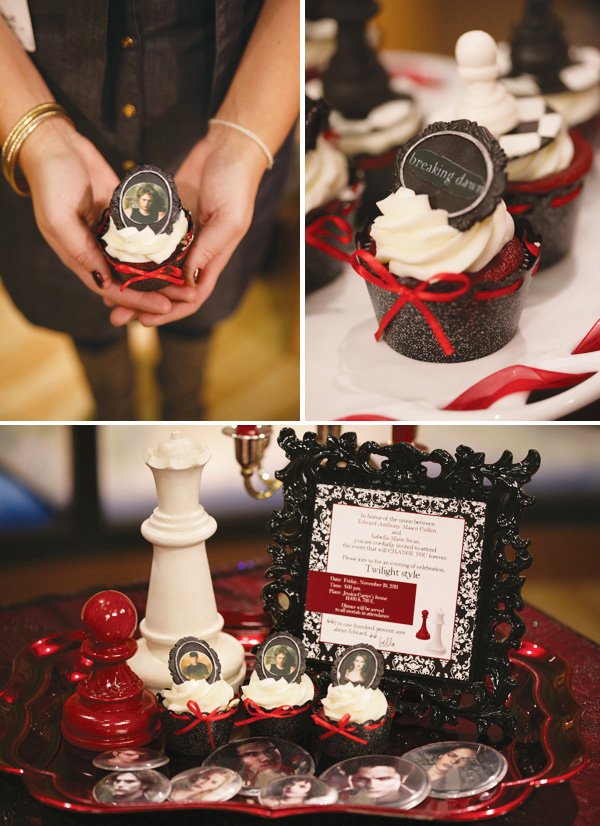 Michelle from Utah Events by Design used the cover designs from each book in the popular Twilight Saga as her inspiration for this red, black, & white Twilight Dessert Table. Budget-friendly elements like deep red candles, red feathers, and glossy black frames make for a romantic and mysterious party spread! Read on for more details and a character-inspired party game idea… 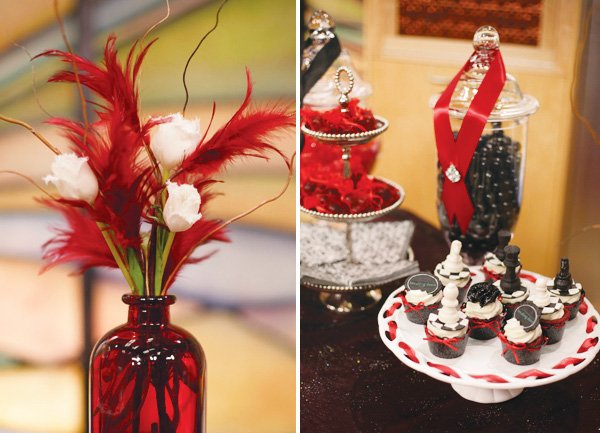 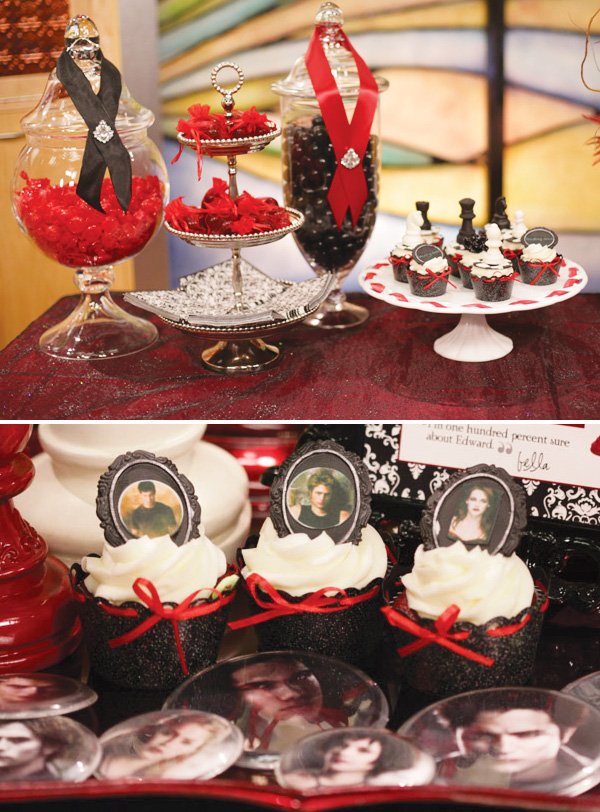 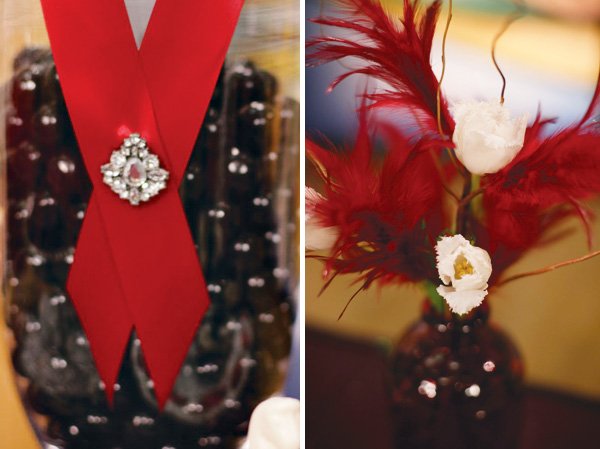 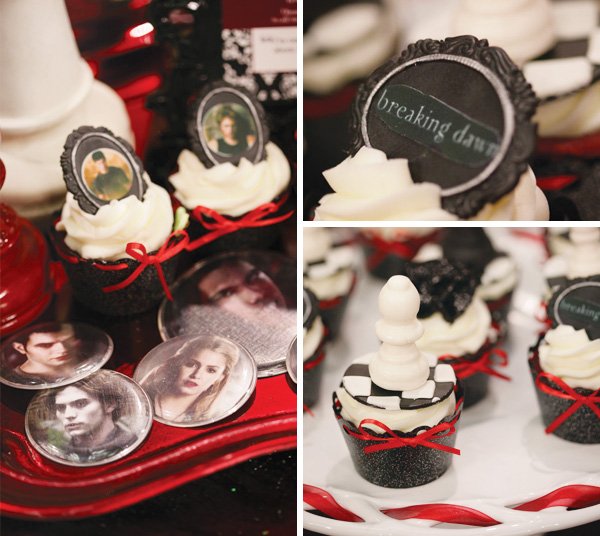 PARTY DETAILS, as told by Michelle…

The black, red, and white party theme was designed with the book covers of the Twilight series serving as inspiration. From the color pallet to the embellishments such as the chess pieces, ruffled tulips and red feathers, the look of this party encompasses the graphics of each Twilight book.

This event has a coordinating dessert and candy buffet equipped with Twilight embellished cupcakes and color-coordinated candy in apothecary jars to provide guests with a tasty treat! And, red gusset bags filled with black gumballs make for cute party favors.

In addition to décor, every party needs a fun activity so we’ve introduced a fun version of the popular “Who Am I” game using DIY Twilight character-themed buttons. These buttons are both simple and affordable to make and serve as fun game pieces for a Twilight-inspired party activity!

How to play the game with these fun buttons: