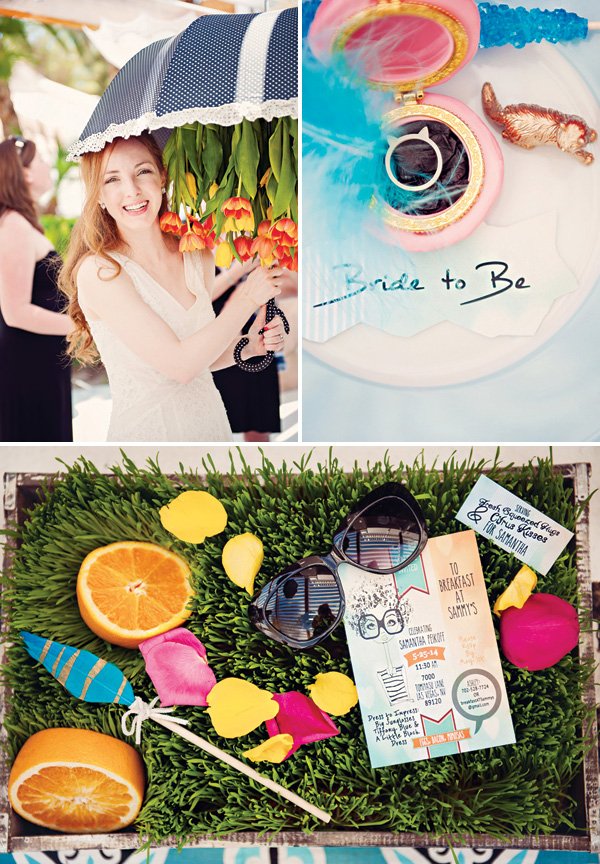 Welcome to the West Coast! Where the sun is shining, the mimosas are flowing & the parties are sure to make you smile! Courtney Stone of When Pigs Fly Events combined all of the bride’s favorite things to create this West Coast Breakfast at Tiffany’s Bridal Shower. Since Samantha, the bride, no longer lives in the Golden State, Courtney brought the sunshine to the party with bright pops of color, zesty citrus & a chic brunch — Breakfast at Sammy’s style! ;) 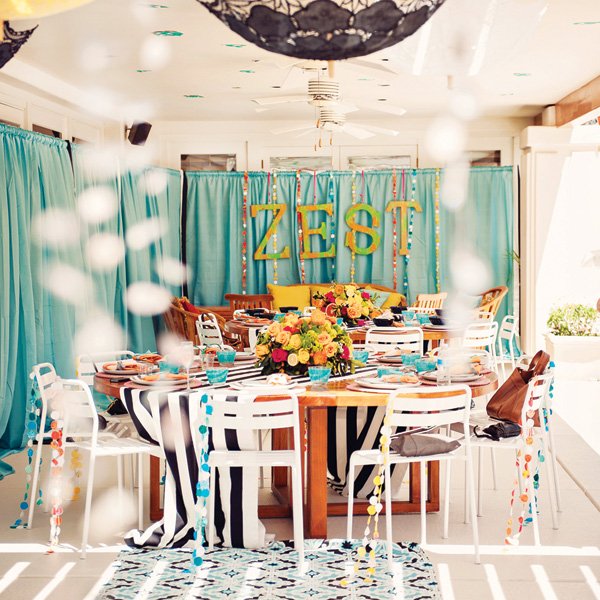 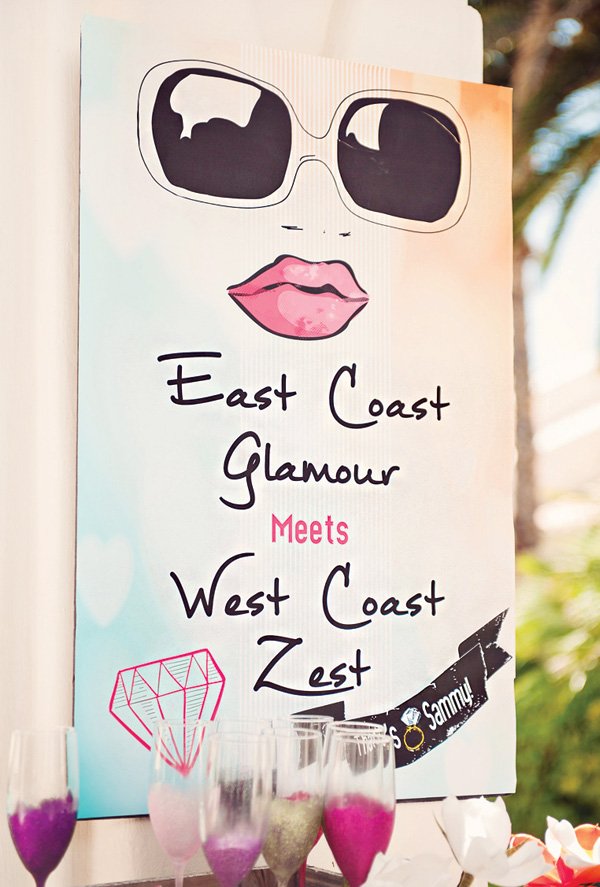 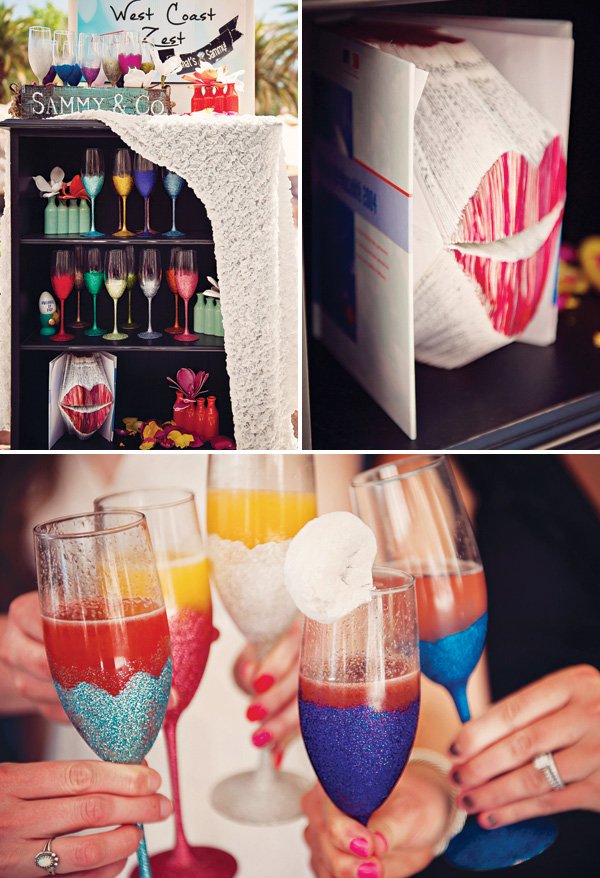 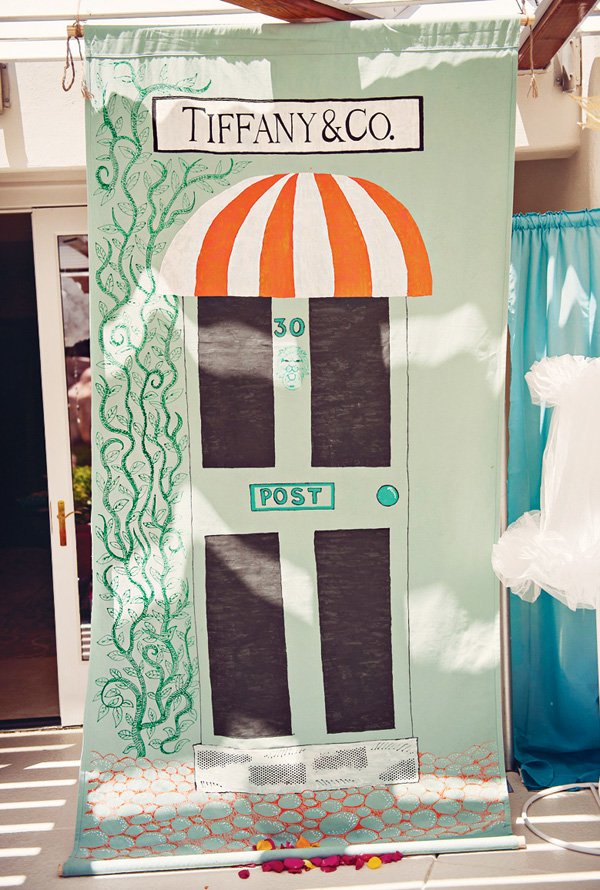 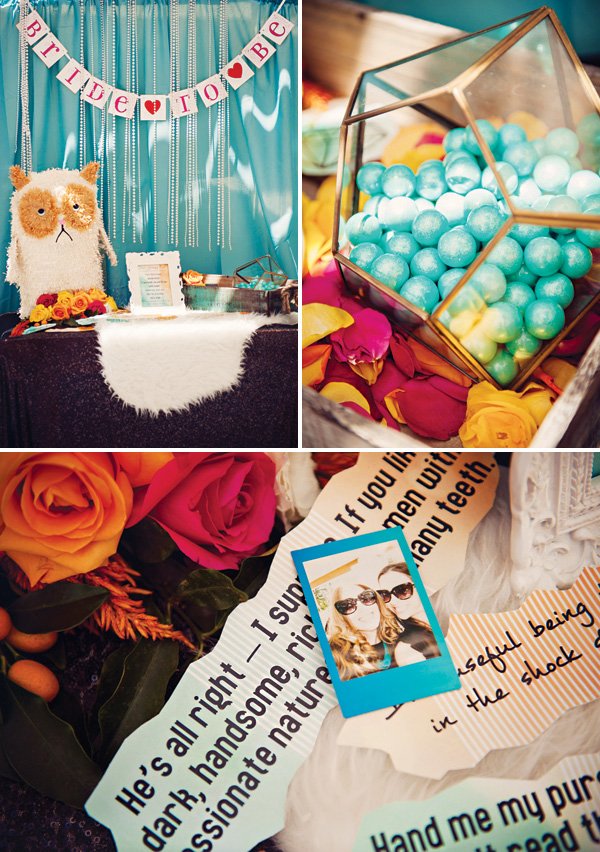 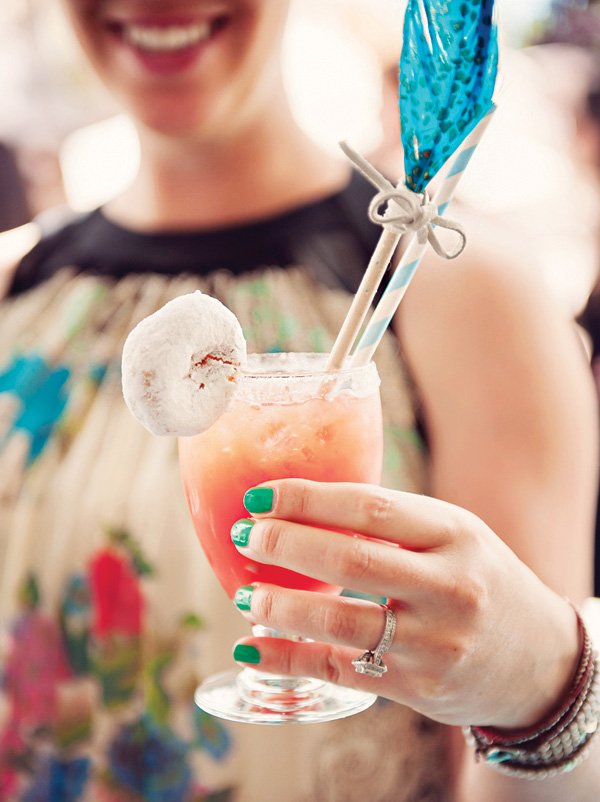 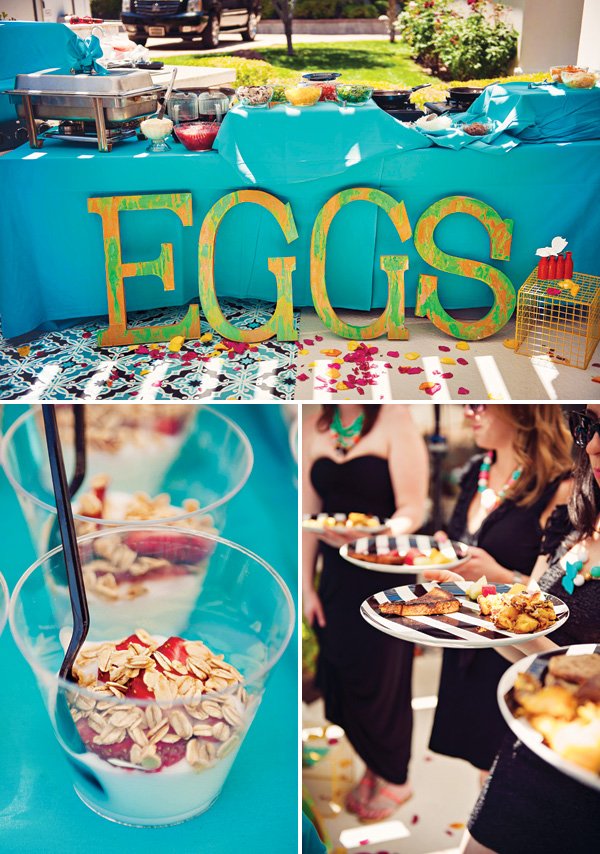 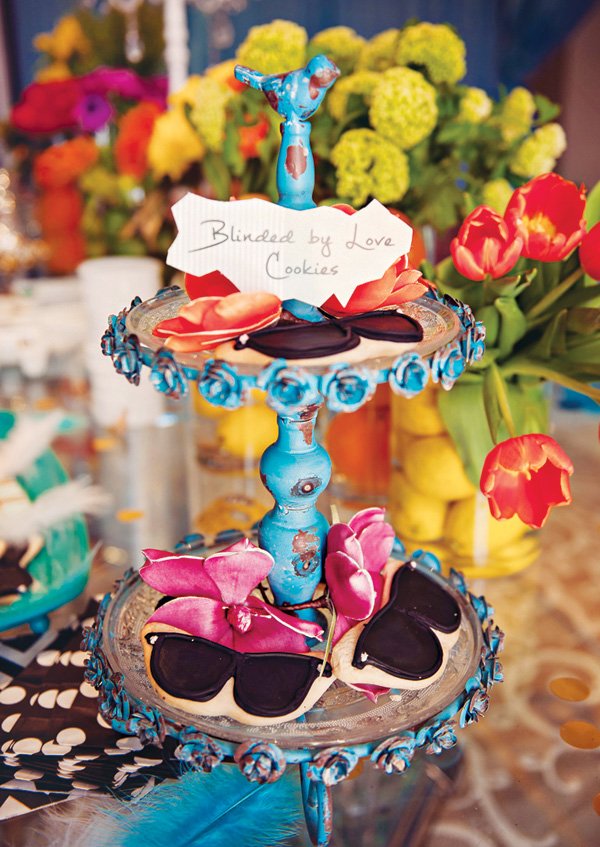 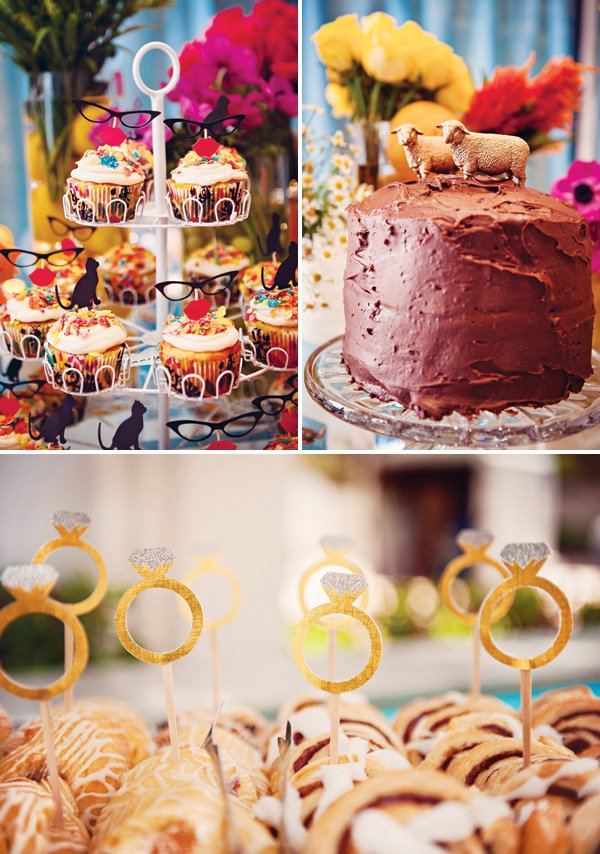 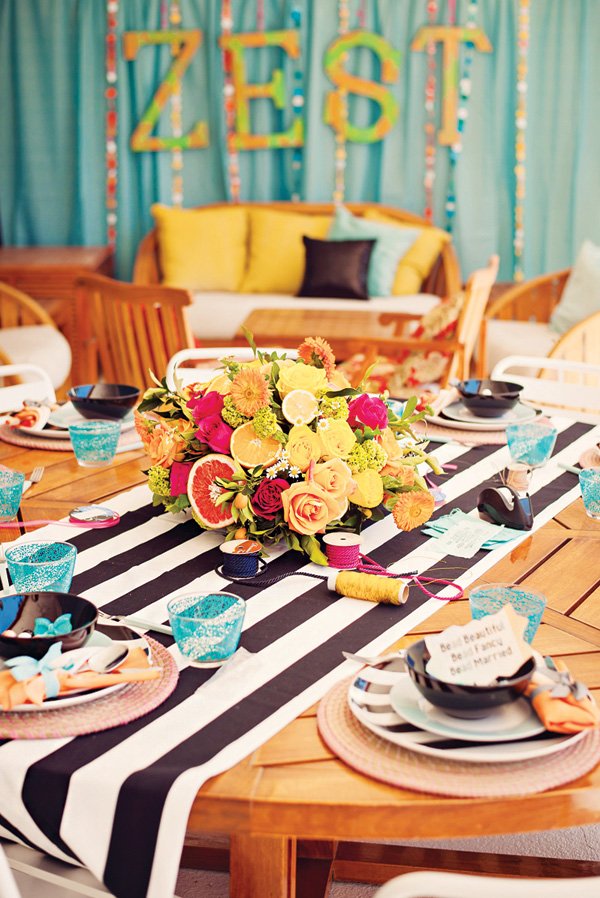 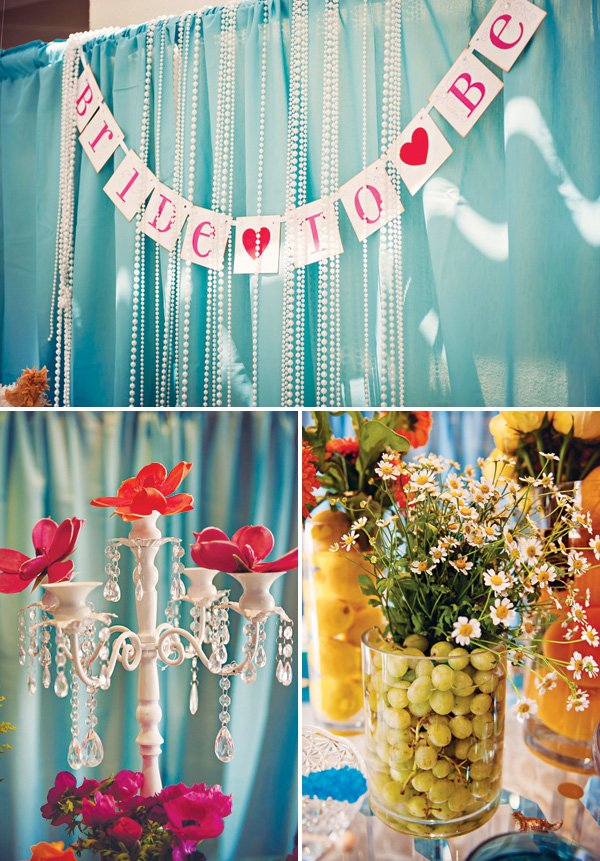 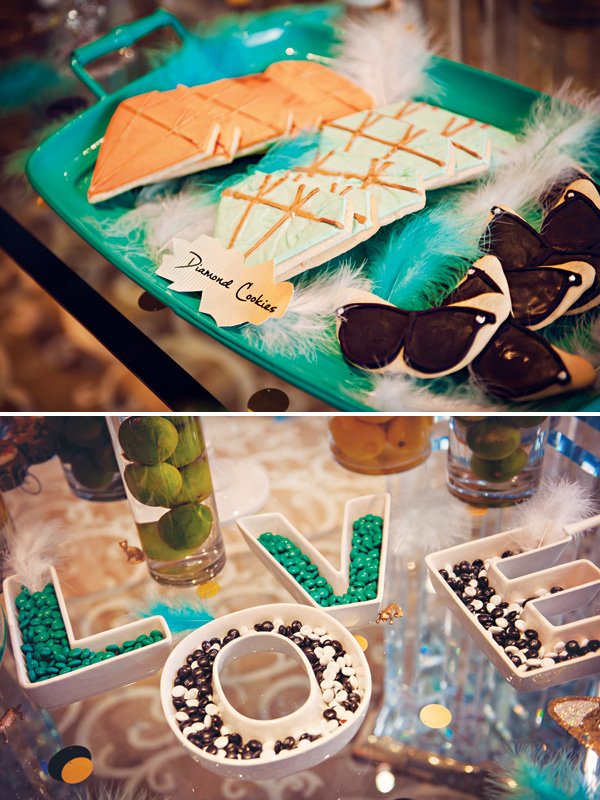 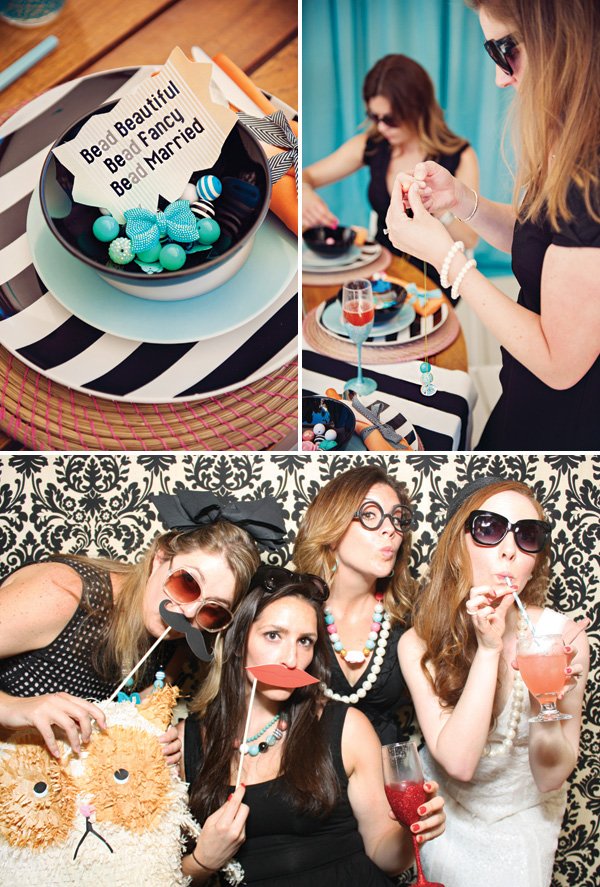 PARTY DETAILS as told by Courtney…

Our bride-to-be, Samantha (aka Sammy), is originally from Las Vegas/San Diego and currently lives in New York City (where she met her fiancé). Her maid of honor suggested a “Breakfast at Tiffany’s” theme. Sammy is one of my best friends as well, so I wanted to make the theme really personal for her. I spun the theme a bit making a West Coast version where Marilyn Monroe (who was the original choice for the role) won the part of Holly Golightly instead of Audrey Hepburn. We still used a lot of Tiffany blue and black but we also included orange and tons of citrus in the florals. I used the quote “East Coast glamour meets West Coast Zest, That’s our Sammy!” in the invitations and this drove home the design for our alternate version of the story.

We set the tone for the party by sending guests a package that included an invitation & a muslin bag with a custom printed design with a pair of black sunglasses and an orange with a tag that read “Fresh Squeezed Hugs & Citrus Kisses.” We asked that the ladies dress to impress by wearing a little black dress.

For the party decor, we were inspired by the cat and the rain scene from the movie. We hung parasols upside down and then built a fluffy cloud (a DIY paper maché project) to dangle from the middle of the parasols. Jeweled raindrops dripped from the cloud. Samantha carried 2 umbrellas during the party. One was for a game — a play on the apron kitchen game with kitchen utensils. Instead we hung the utensils from a parasol. The second was a spectacular floral embellished parasol with hanging tulips, created by Layers of Lovely.

The grumpy cat piñata guestbook was a decor favorite. Guests took polaroids with a Tiffany blue camera, wrote their special message, and placed it in the piñata for safe keeping. Eventually ‘Cat’ made his way into the photo booth for some fun memories. We used cats in a number of other places as well. We painted miniature cats for on the place settings, made feline sparkly masks (inspired by a Kate Spade design), used them as cupcake toppers, presented Sammy with a kitty cat ring (in a macaron ring box), and chose a cat design on our Baggu bags that we gave out for favors.

Another guest favorite was the bauble making table where we offered an assortment of gum ball beads and asked our guests to “Be(ad) Beautiful, Be(ad) Fancy, and Be(ad) Married.” Brunch, the mimosa bar, and the assortment of incredible desserts were equally amazing as well!

We had so much fun designing this party!