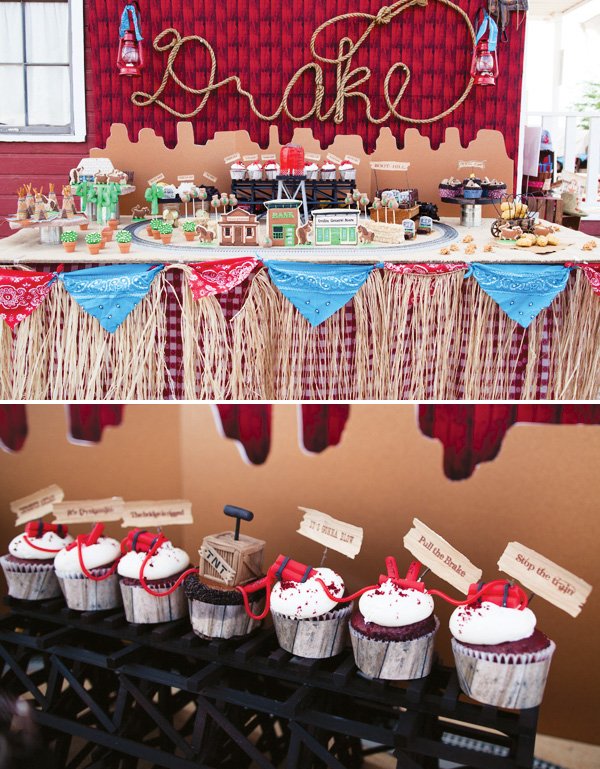 It’s awesome how Nicole of Million Dollar $mile Celebrations really brings out the FUN in party planning! She acted as “deputy” for her nephew’s Western Cowboy Party & helped pull out the dynamite ;) for a “western train robbery themed day” in the 1880’s Old West Adventure Town of Rawhide. The dessert table even depicts an entire “Wild West” town with “general store” cookies, fondant cacti, “Boot Hill”, and more incredible details that you will just have to see for yourself! 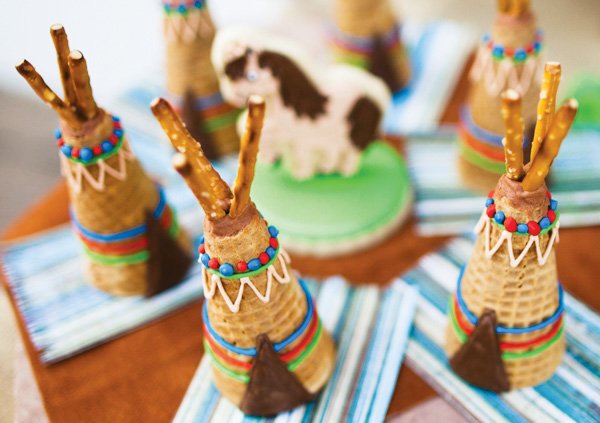 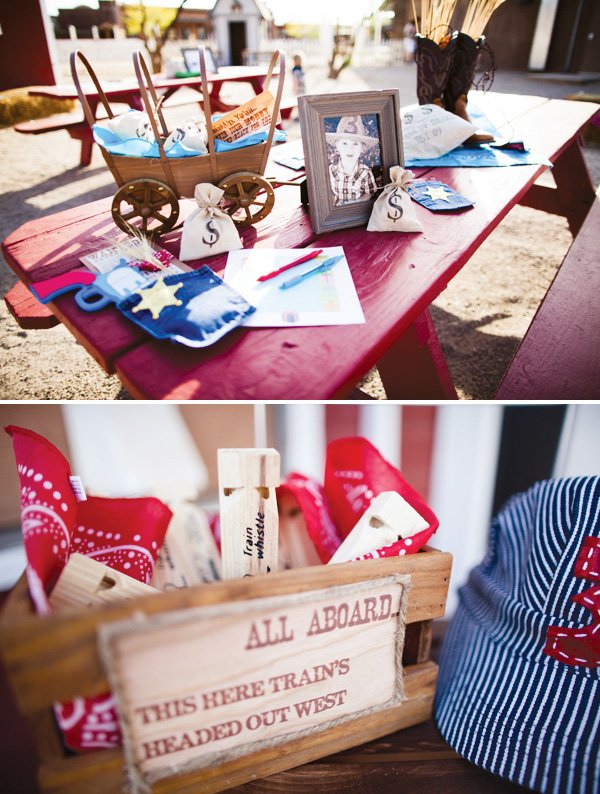 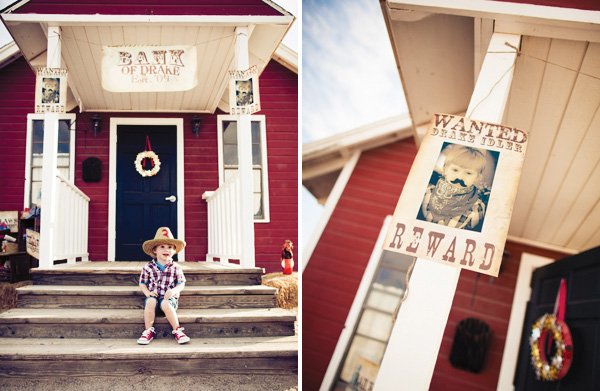 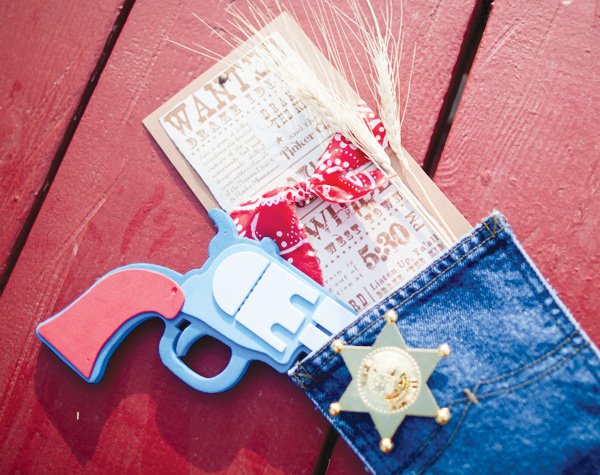 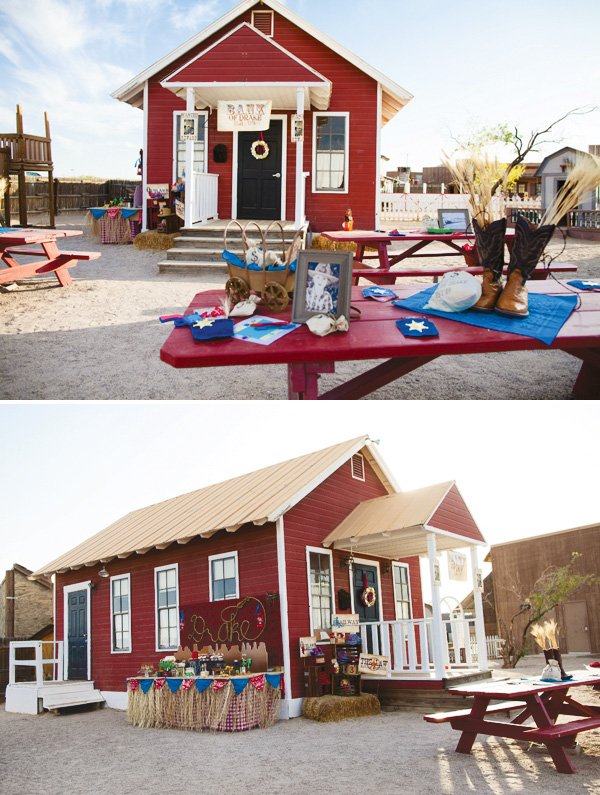 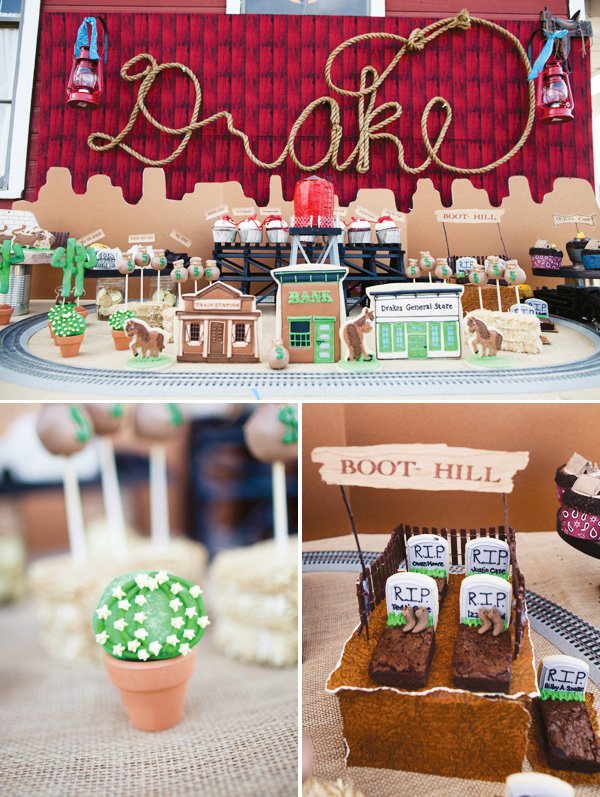 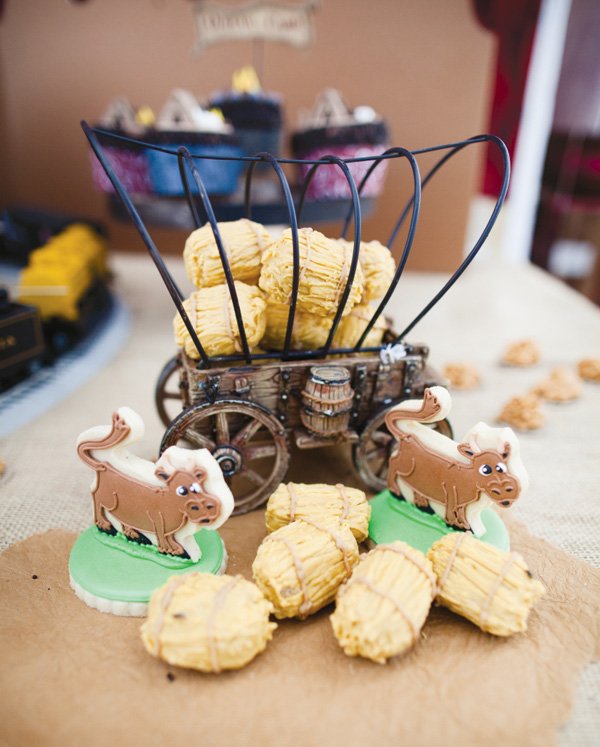 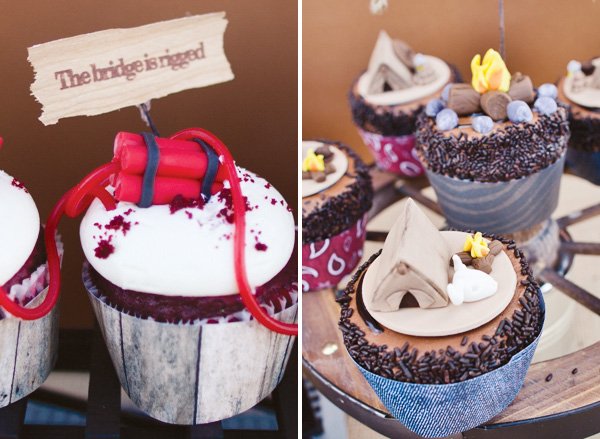 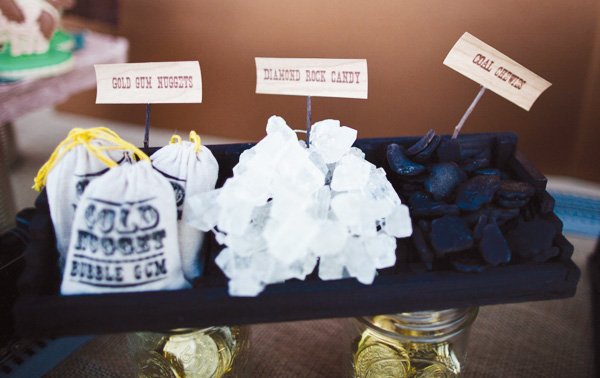 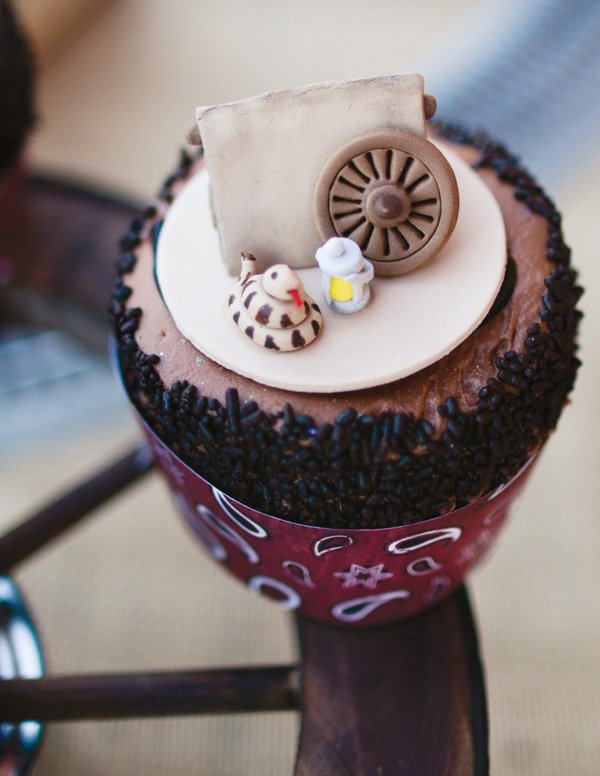 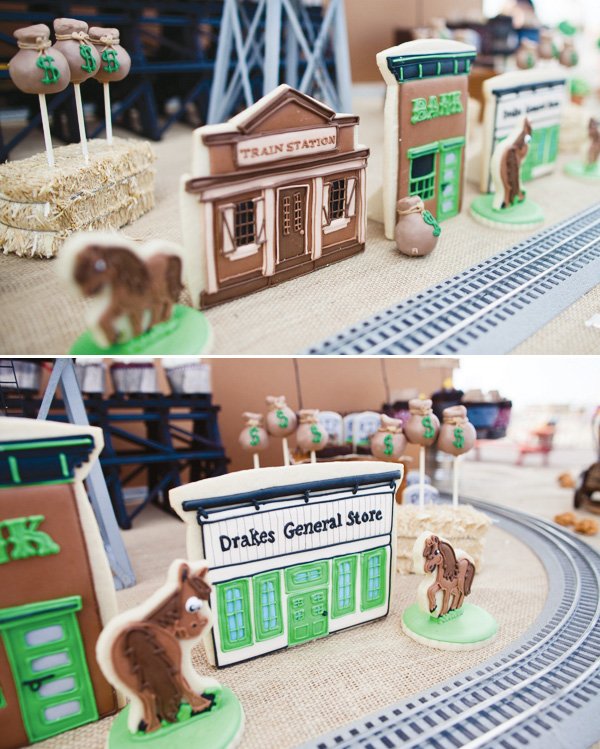 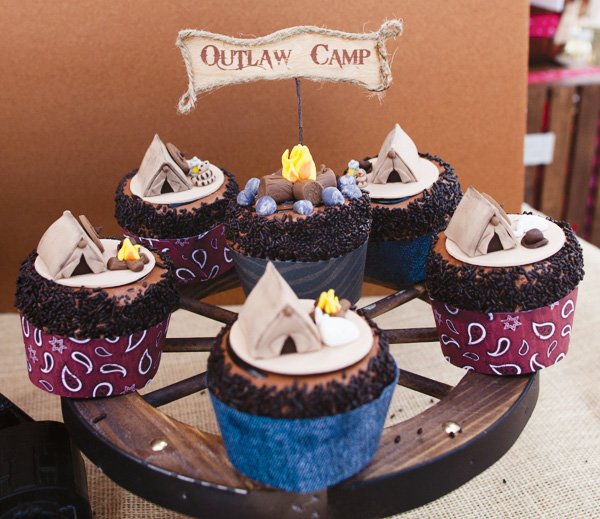 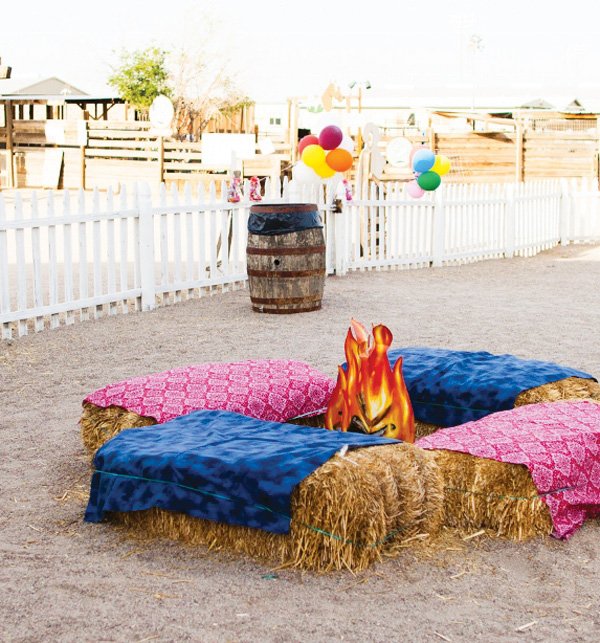 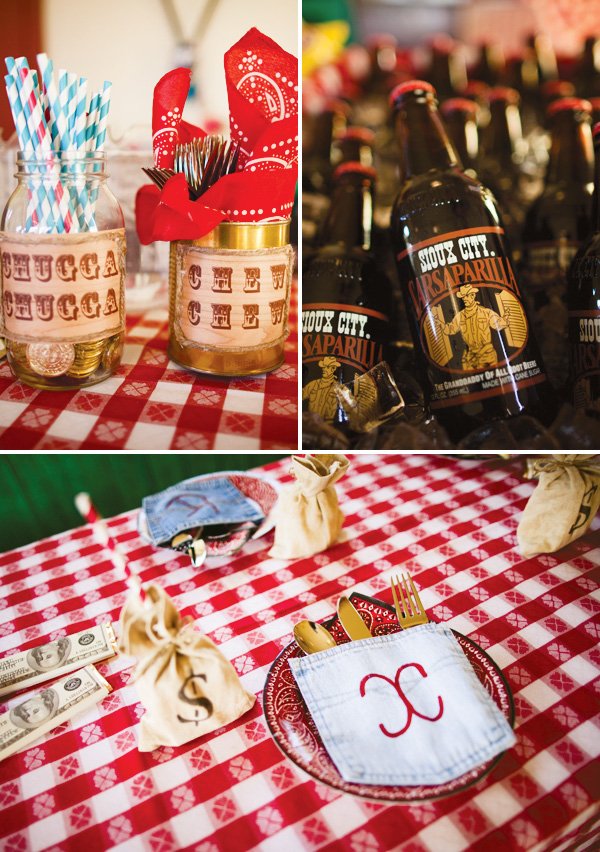 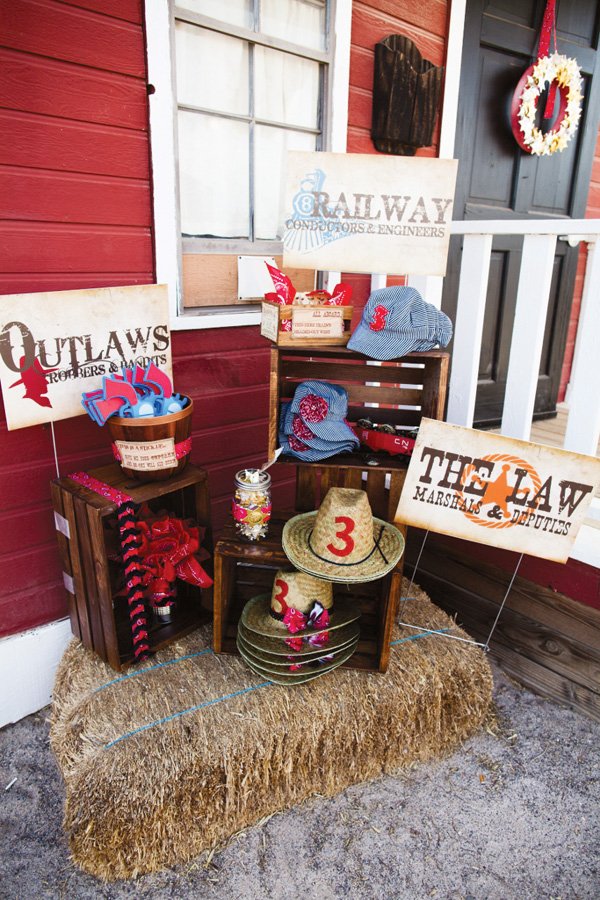 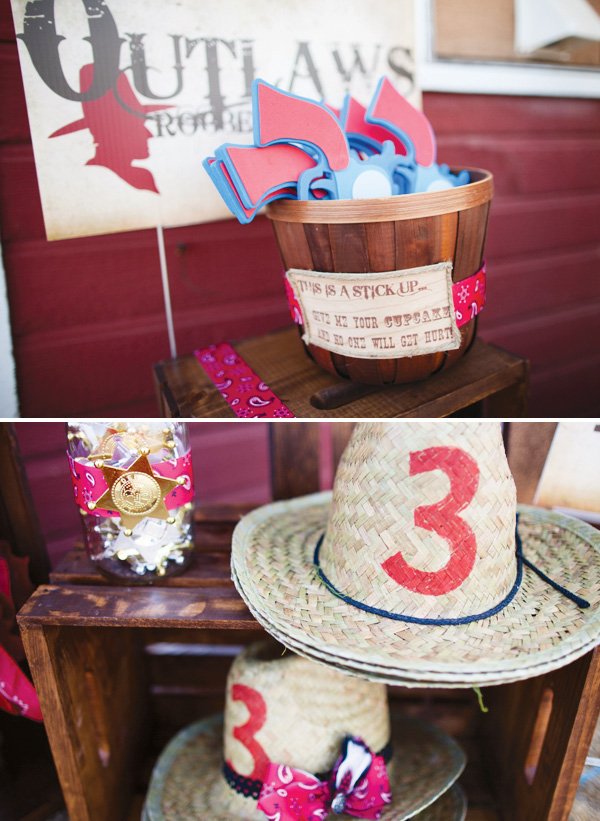 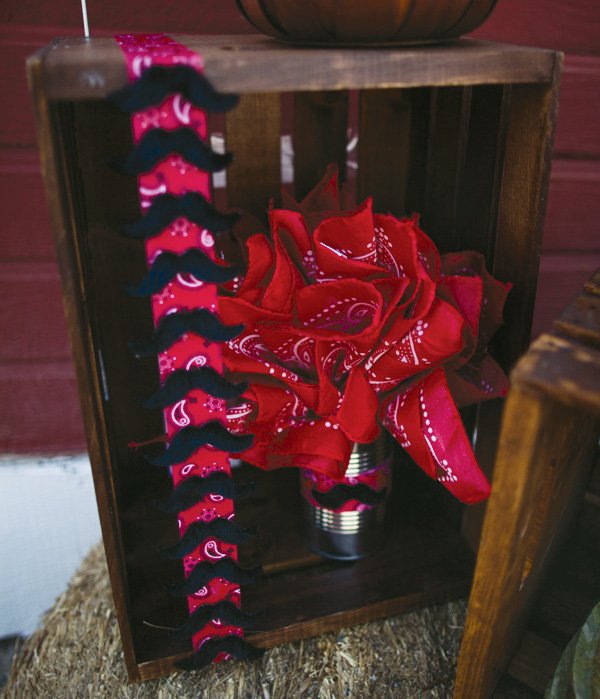 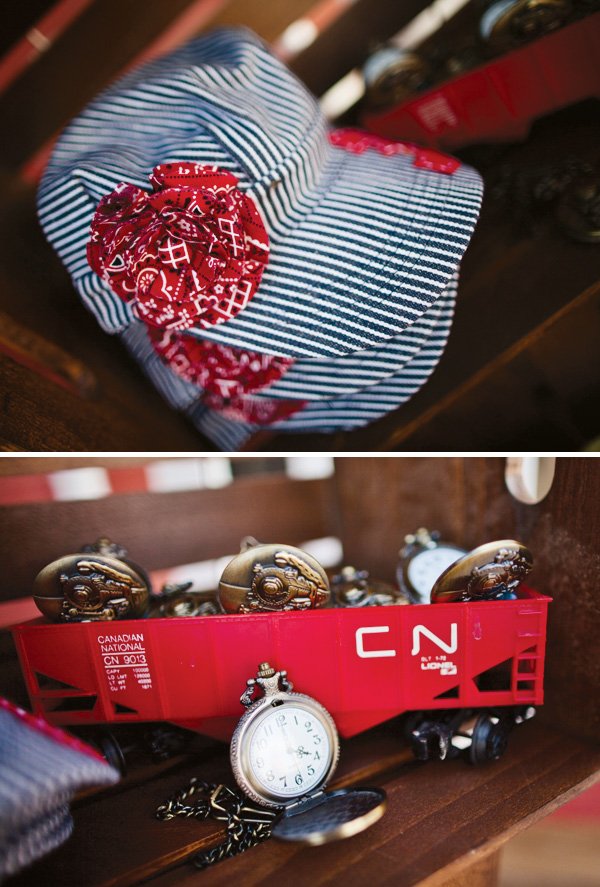 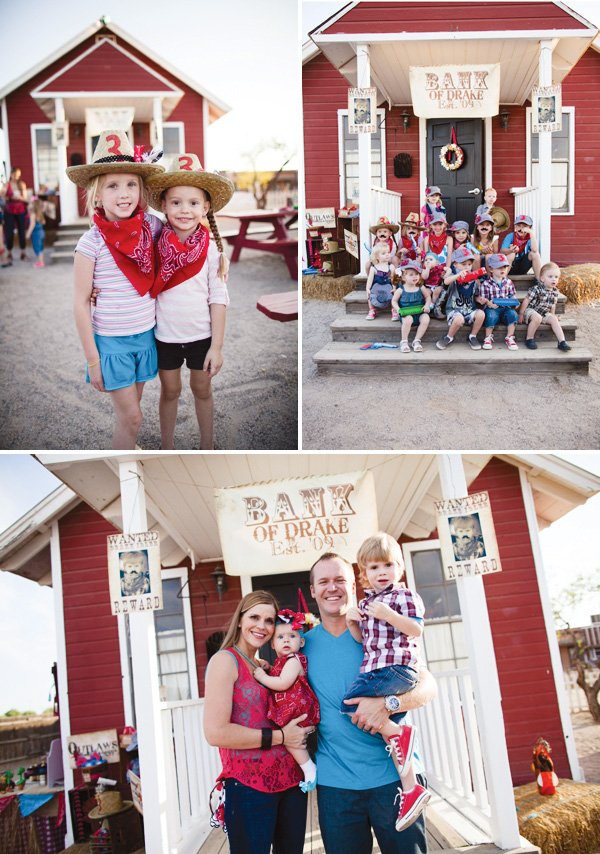 PARTY DETAILS, as told by Nicole…
:

I had the pleasure of helping bring my identical twin sister’s ideas to life for her son’s Wild West Train Robbery Party.  Can you believe she made us set up a real model train on the dessert table?  Anyway, Tonia had some amazing ideas and I was so proud to be her deputy on this wild train ride.

What happens when a you mix the bad guys… the good guys… the Wild West… and a three-year-old birthday boy that loves trains? A Western Train Robbery Party!  Drake is a rough-n-tumble boy with a zest for action and adventure.  His love for locomotives and his hometown of Chandler, Arizona collided for the wildest and most dangerous party this side of the Rocky Mountains. My identical twin sister, Tonia, also known as the ‘Sheriff’ had some of the most delightful and down-right dangerous ideas for this party… including a whopping 30 minute set-up and a real, functioning train circling the dessert table.  Thanks to About Love Photography for capturing outlaw in action!

Our train rolled into an Old West adventure town called Rawhide.  We moasied down the deserted dirt streets and into a reserved party area.  Rawhide provides the most charming air-conditioned, school house that we transformed into the ‘Bank of Drake’, complete with a banner and wanted posters, money bags, and a sheriff badge door wreath.  We added a splash of teal and red bandanas around the party area and added some fun cowkid-friendly toys and props of the existing play areas.  We topped the picnic benches with grain filled boots, chocolate coin filled train cars, and framed stories of authentic and famous train robberies in history.  Denim pockets stuffed with utensils lined the tables alongside with money-bag juice boxes.  The cowboys and cowgals had to locate their seat by identifying the personal brand placed on the pocket using their initials.

After a cowboy feast cooked up by the folks at Rawhide, guests found tempting treats on top the wide open plains of Drake’s dessert table.  From a water-tower cake to a train bridge rigged with licorice and fondant dynamite, the table set the scene for a sweets robbery to go down in the history books.  Casey’s Confections recreated a Wild West town and ranch with intricately decorated cookie buildings, cattle and horses.  But, she didn’t stop there.  Casey baked up the Boot Hill brownie bites, a tee-pee village, and Drake’s water tower cake.  Brittany from Edible Details topped cupcakes baked at Sweet Daddy Cupcakes with the most tiny and terrific fondant details.  Don’t you just want to press that dynamite box on the bridge or sit and listen to cowboy song in the Outlaw Camp?? Watch out… the tiny little rattlesnake might be adorably dainty, but he’s deadly delicious.  And… check out the mini boots set on the graves at Boot Hill.  Cake Pop My Heart created money bag cake pops and realistic haystack cake treats.  Give me all your cake pops and no one gets hurt!  The Marshmallow Studio created barrel and Saguaro cacti (that’s plural cactus for you non-dessert dwellers) that we placed into tiny terracotta vases.  We added some bubblegum gold, rock candy diamonds, and chewy coal candies straight from the store to the mining scene on the table.  Grandma Dianne even created some edible tumbleweeds with butterscotch and wonton noodles.  We gathered everything from a wagon wheel, some flagstone, and cans of baked beans to give the table some unique levels.  Oh yeah, there was a train that hauled full-speed around the town, attempting to deliver the gold before the outlaws rode up and said, “Reach for the Sky”!

Who’s it going to be… The Outlaw?  If so, grab a moustache and a pistol.  The Law?  You’ll need a cowboy hat and a bandana.  Or Maybe the train conductor?  In that case, you’ll need a train hat and a pocket watch.  The cowkids had the best time picking favors and playing the roles of the party’s characters.  All decorated with hand sewn or painted # 3’s, the accessories had pretty little details for the girls and plenty of bam for the boys!  Someone sure made out and we’re pretty sure it wasn’t the train robbers!!  The best favor of all was the Tinker family’s donation from party guests to Feeding America charity.  Every $1 donated provides eight meals for hungry tummies here in the states.  Drake’s family requested monetary donations in lieu of gifts and that really was how the West was won!