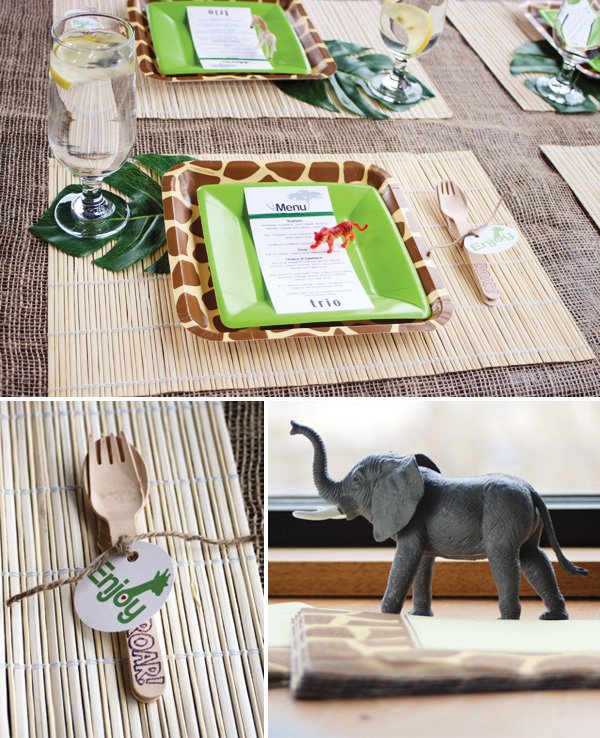 Grab your passport! There’s a {WILD} Safari Themed Baby Shower on the loose… and this is one Rumble in the Jungle that you won’t want to miss! Ashley from Attention 2 Detail Events styled this celebration for a lucky mom-to-be and her little “King of the Jungle”. The safari theme was chosen to match new baby Alex’s nursery so that much of the party decor could be displayed in his room after the event… smart thinking! 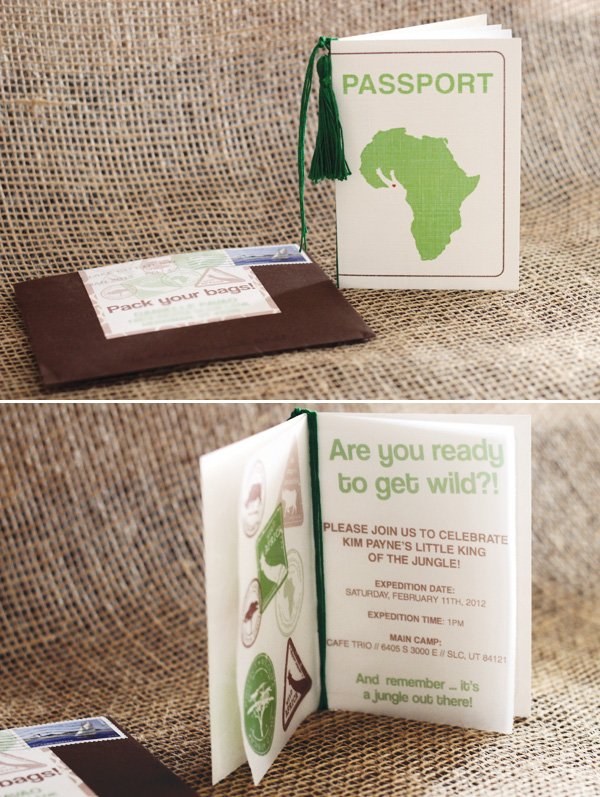 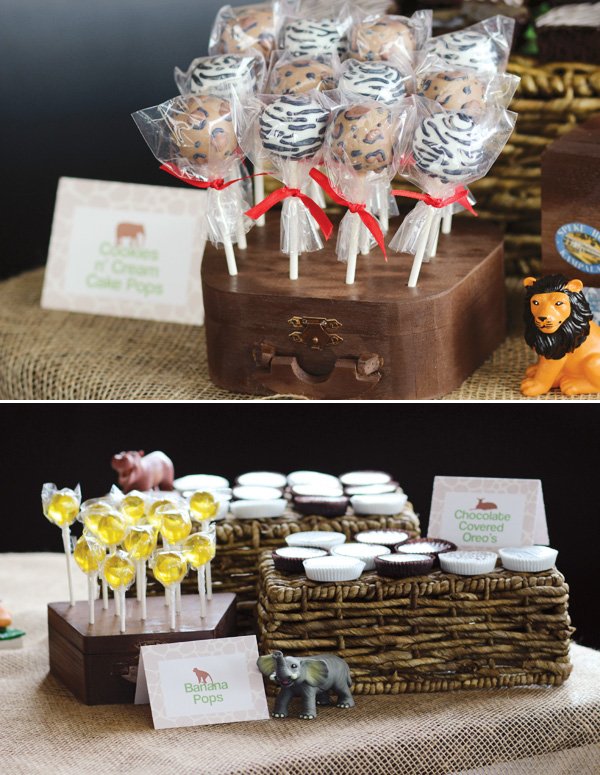 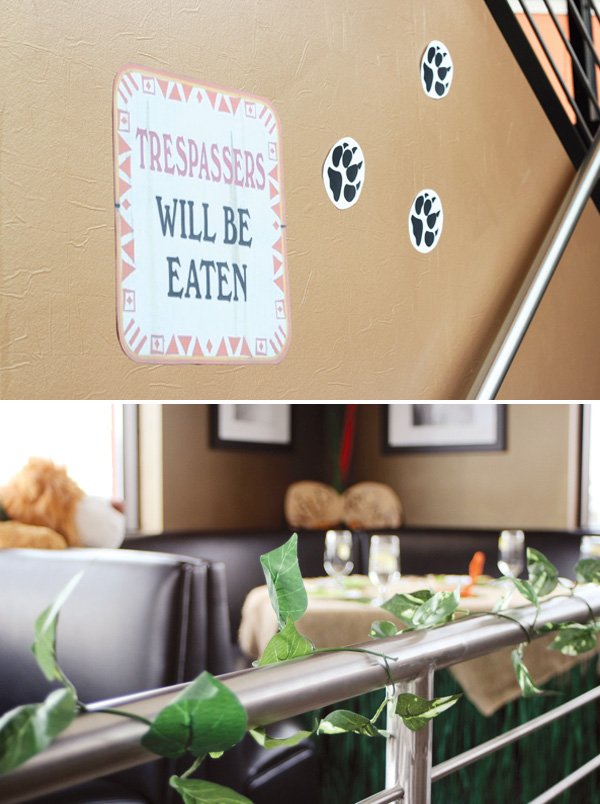 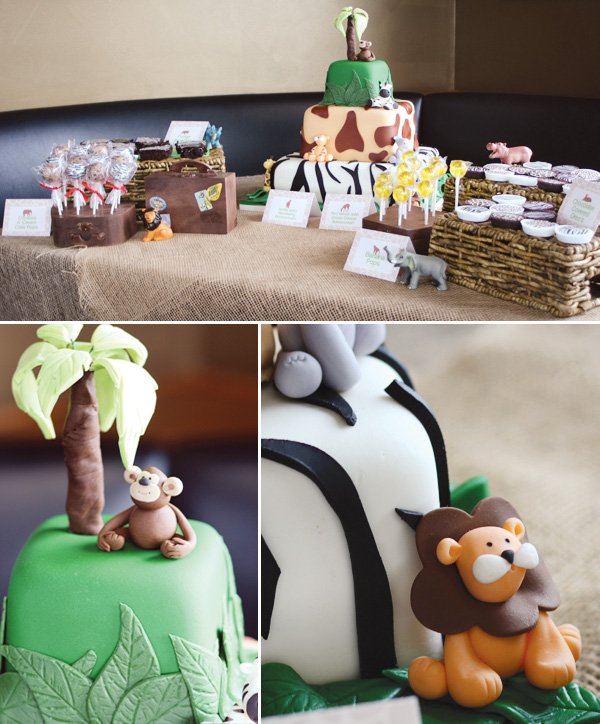 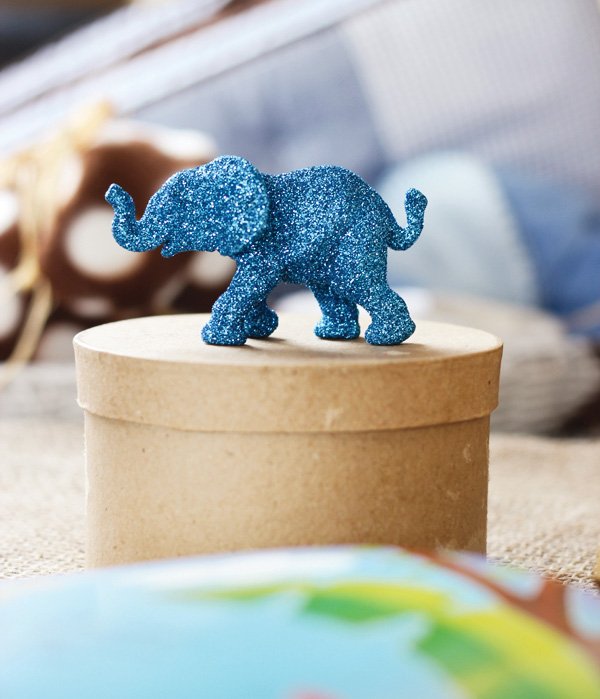 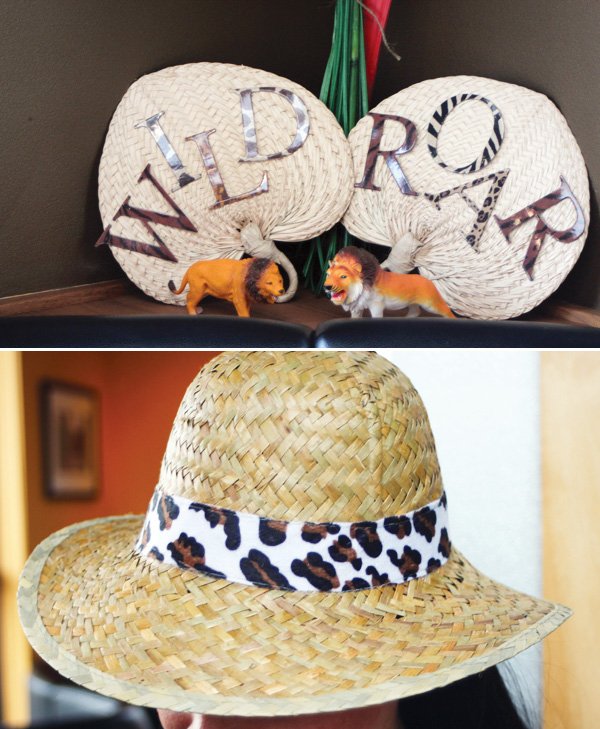 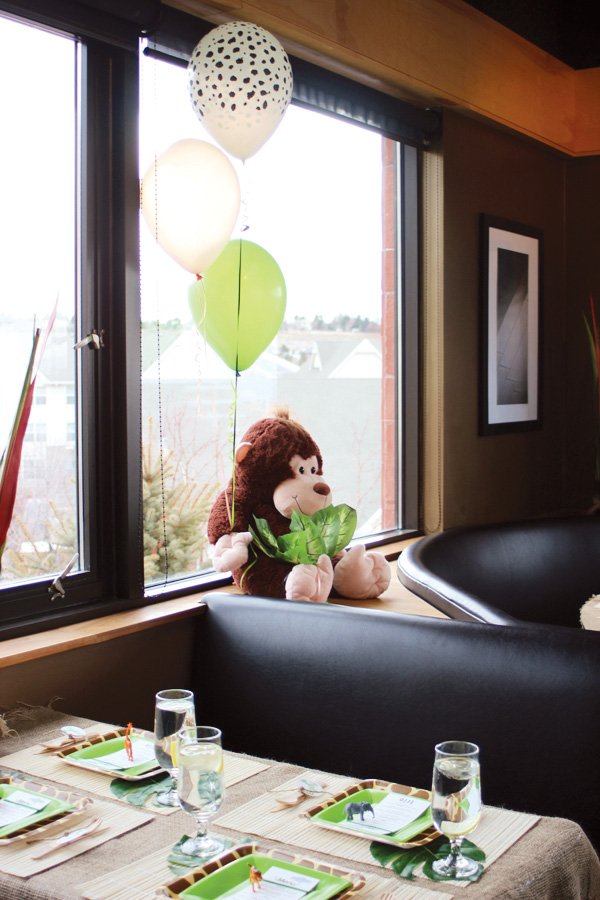 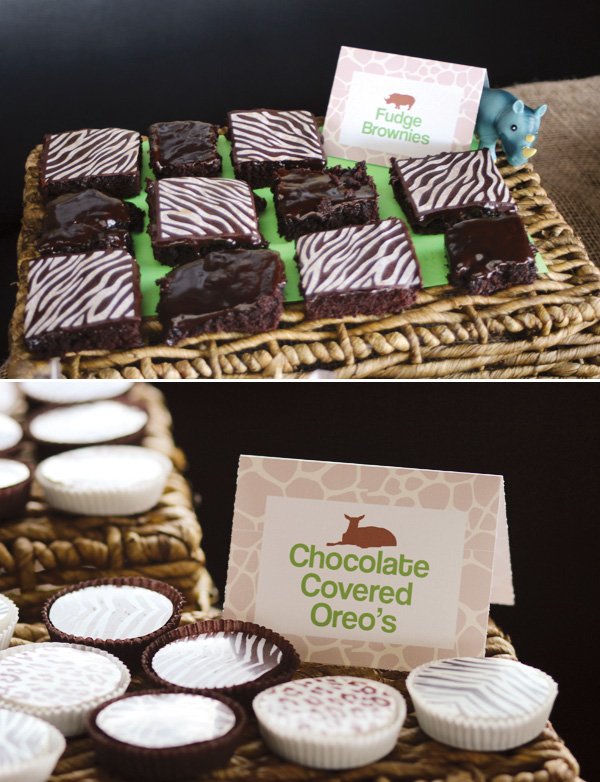 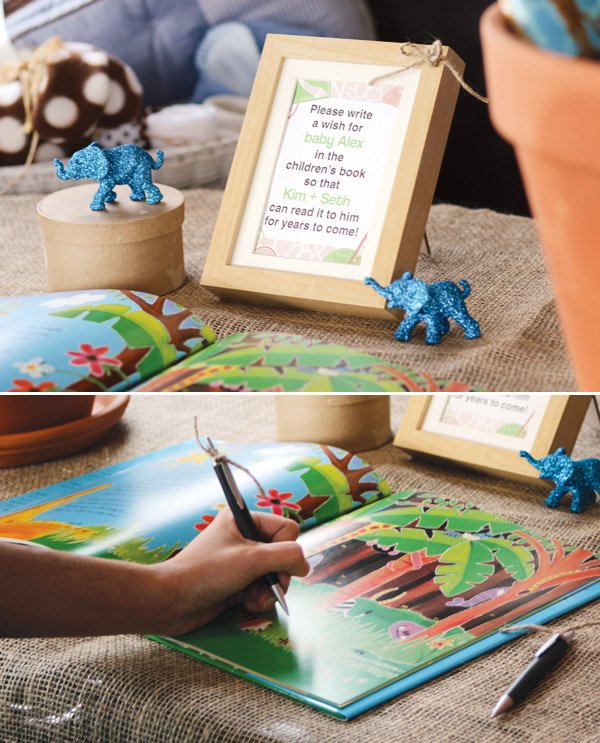 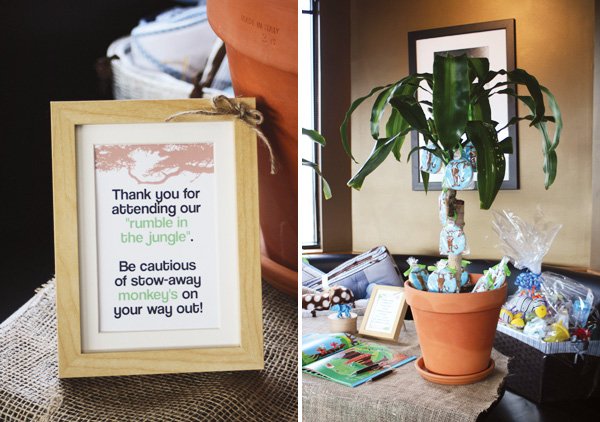 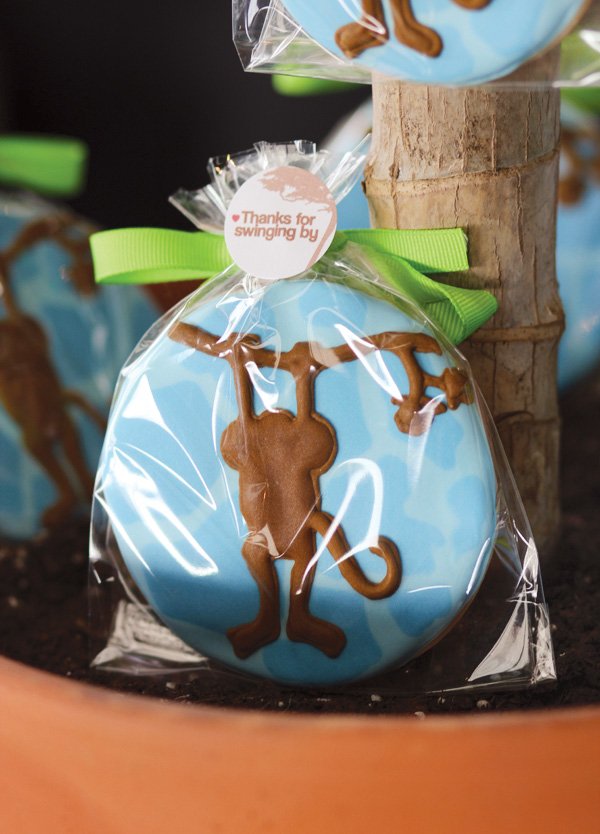 Kim, the mom to be, was decorating the baby’s nursery in a safari theme so I wanted to incorporate that into the shower so that she could get use out of the décor after the event.

I chose a brown and tan giraffe print, bright lime green, and pops of blue as the color palette. Guests received custom safari passport invitations, inviting them to pack their bags to embark on the expedition.

Café Trio, a restaurant in Salt Lake City had the perfect venue space on their top floor, with floor to ceiling windows, overlooking the city. The bright lighting and open concept was the perfect backdrop for the theme. Animal footprints and vintage jungle signs led guests into the event space where they were given their animal print safari hats.

I wanted to incorporate a very natural and earthy feel to the event. Each table was covered in burlap and topped with natural wood placemats. Green leaves and small jungle animals decorated each place setting.

Guests ate on giraffe print plates and used wooden utensils that were accented with the word “ROAR”. They were tied with natural twine and encouraged the guests to “Enjoy!”
The menus were adorable! They featured a custom safari design and were highlighted with green string accents. Guests dined on assorted flatbread appetizers, roasted tomato soup, salad, and choice of gourmet sandwich.

A custom desert bar featured jungle themed desserts including zebra print fudge brownies, animal print Oreo’s, cookies and cream cake pops, and the cutest banana lollipops that had actual banana candies inside the centers! Small suitcase’s, decorated with vintage African travel stickers, were used to display the pops. I also used natural wooden baskets, tipped upside down, to raise the other desserts. The mom-to-be was able to take them home after the shower to use in the nursery! An animal print cake was made and topped with fondant jungle animals. It was delicious! The momma-to-be chose vanilla cake with blackberry butter cream and red velvet with cream cheese butter cream for the alternating layers.

Guests signed the children’s book “Rumble in the Jungle” with their wishes for baby Alex. It was a fun alternative to a traditional guest book and something that the new parents will be able to read to Alex until he gets older.

When guests left the shower they were warned to watch out for stowaway monkeys, which were actually custom cookie favors that were hanging in two small table top trees. They featured thank you tags that said “Thanks for swinging by!”