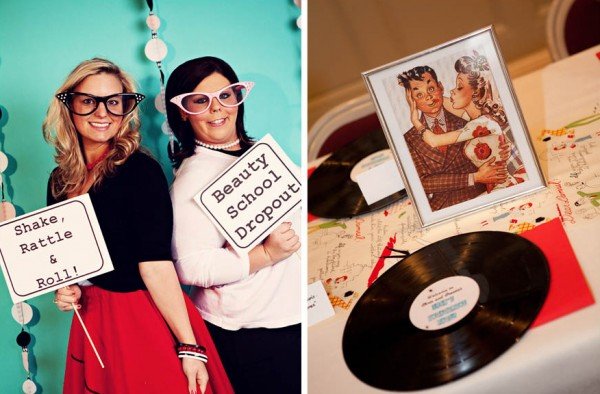 We’re taking you back to the 1950s with this “hip” MURDER MYSTERY ENGAGEMENT PARTY! No detail was left undone at this clever celebration… from the old-fashioned coke bottles and scrabble game pieces to the drive-in movie sign and use of LP records as charger plates. I absolutely ADORE all the costumes and photo prop signs too!

And – as you might have noticed in the title – this 1950’s themed engagement celebration is ALSO a murder mystery party – how much fun is that?! Incorporating a fun activity like this into an already themed event is such a creative way to party! 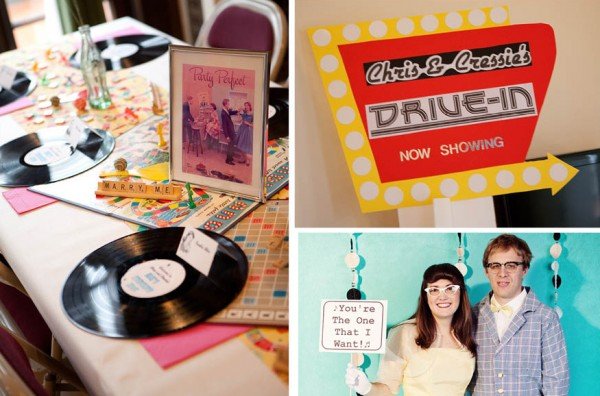 Read on for all the clever 1950’s themed details (don’t miss the “How To Get a Husband” fabric… apparently there are butterfly nets involved!) + lots of fun pictures… 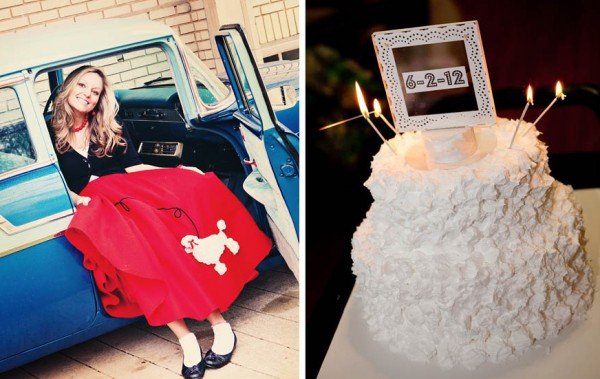 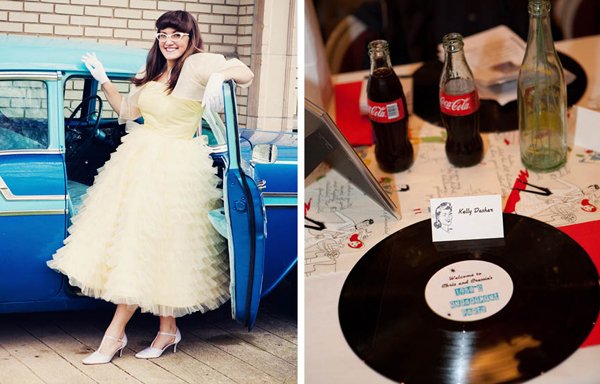 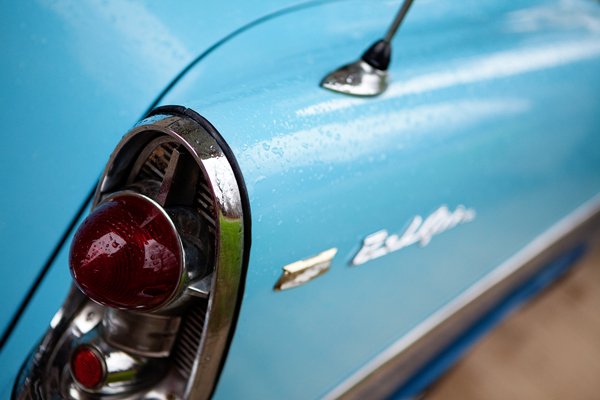 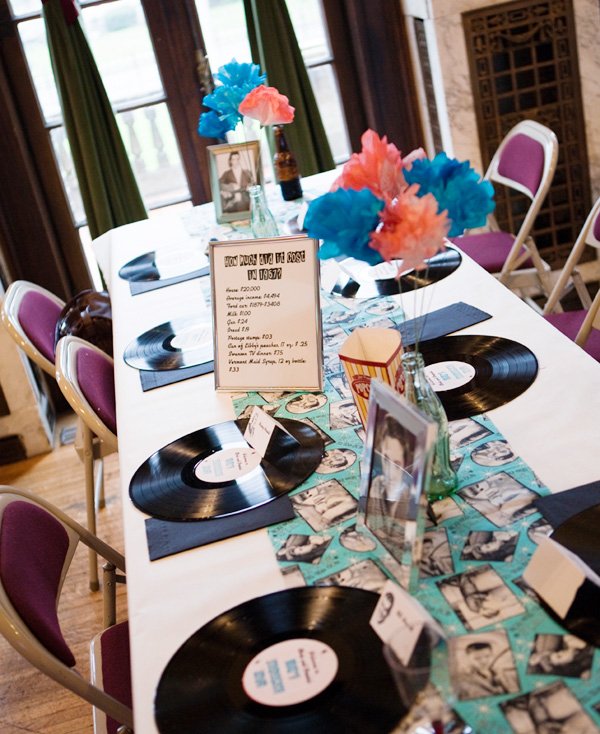 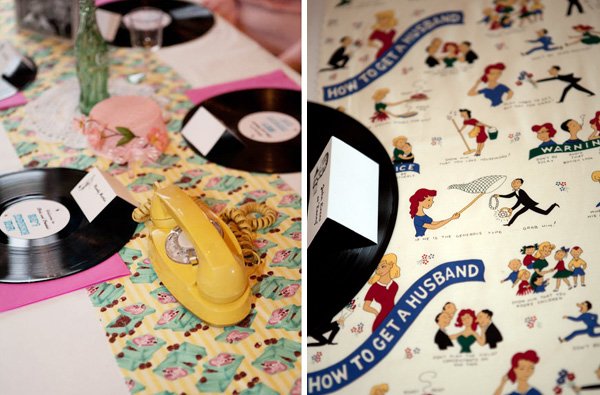 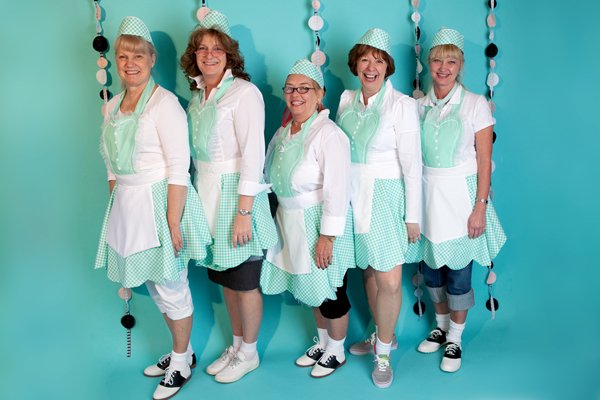 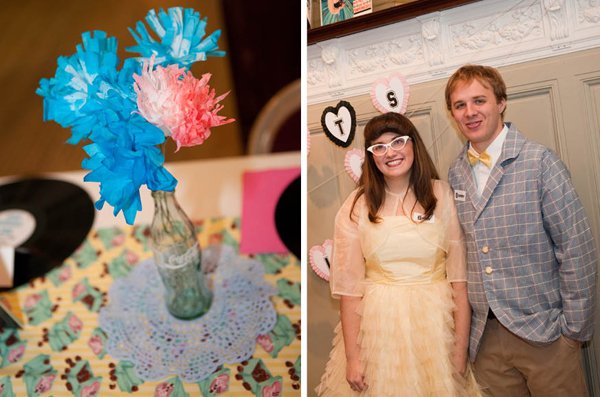 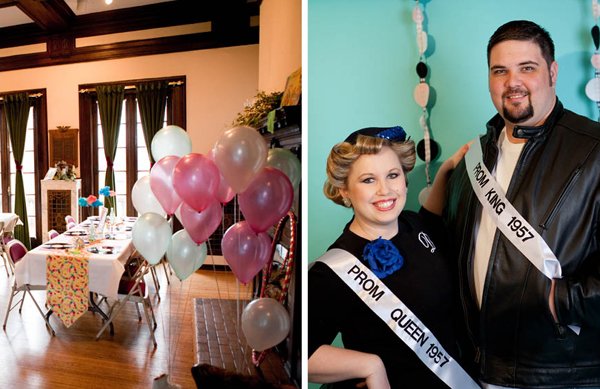 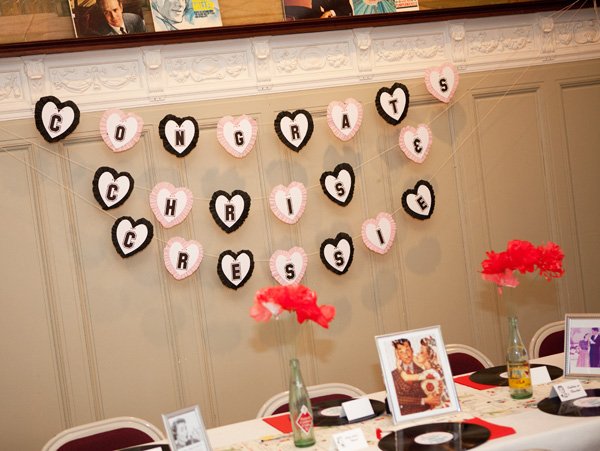 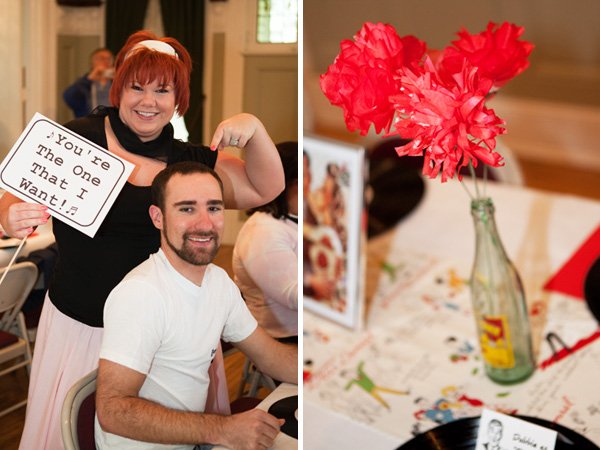 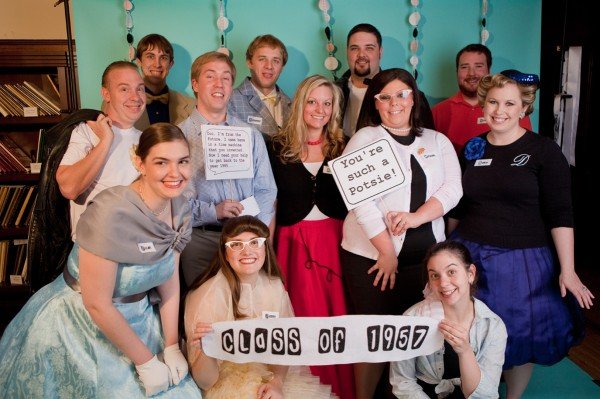 PARTY DETAILS as told by CRESSIE (the bride)…..

Why 1950’s Murder Mystery Engagement Party? We are no stranger to Murder Mysteries. I hosted a 1920’s Murder Mystery Birthday Party two years ago and received rave reviews from my friends in attendance. The pictures we posted from the 1920’s party went viral online and we even won a FREE 1950’s Murder Mystery Party from the creator: Dinner & A Murder.  I was astonished at the support of family and friends who encouraged me to host another mystery party! Our engagement was the perfect catalyst to set the party into motion! As for the 1950’s, I ADORE the fashion of that decade and I grew up singing along to Grease. It was the perfect decade for all of our guests who ranged in age from 25 to 85.

Our last murder mystery party was at the home of my parents, but proved too small for this celebration. Since I live in a rural area, venues are difficult to find but the Henry County Heritage Center was PERFECT. It is a historic 1920’s Italian Villa turned museum and rental facility. Norma Steele, the Director, was so accommodating and a dream to work with. It was the venue’s first ever Engagement Party.

The decorations were provided by myself and a few family members. I collected items from antique stores, flea markets and Ebay but the majority of items I made myself (usually from Dollar Tree items). I also borrowed a few items, like a yellow rotary phone, glass soda bottles, cookie jars and dollies.

I created the placemats out of old records and personalized them with 4in circle stickers created on my ink-jet printer. The goodie bags were white lunch bags that I ran through my printer and personalized with our logo. The dessert stands were records that were crazy-glued to $1 candle sticks from Dollar Tree. They were perfect for holding the petit fours.

The “Congrats” bunting was a project inspired by MyCreativeDeparture. The cardboard hearts that I found were sticky-backed so I printed my letters on a printer, stuck them to the cardboard and cut around them before added the crepe paper. Prizes for Best Costume, Best Performer and Wealthiest Player were created by framing records that were spray painted to mimic the gold albums of recording artists.
1950’s fabric featuring Elvis, I love Lucy, Betty Crocker and other retro scenes were cut into table runners. All of the flowers were created from coffee filters and sprayed with food coloring to match the table runners. I used a variation of this technique.

Pictures of Bob Hope, Lawrence Welk and other period characters were framed and placed around the house. The restroom was re-named a “Fall Out Shelter” and a personalized “Drive-In” sign was created from foam board and placed beside a flat screen TV that played commercials from the 1950’s.


Poodle Skirts and Pill Box Hats: I ended up making two poodle skirts for Chris’s Mom and my Grandma. They were quick and easy! The pillbox hats originated as buckram frames from Theater House and then were spray painted and trimmed.
The Waitress Costumes: We had some wonderful friends to volunteer to serve for the party. I wanted to make these aprons in appreciation. The pattern is a PDF vintage pattern from La Prairie Lady on Etsy and they were very easy to make. I altered the pattern by adding buttons, a diner hat and a petticoat of netting under the scalloped skirt.
Chris’s Plaid Jacket: This jacket was inspired by Buddy Holly. It was such a pain to create since Chris wasn’t around for fittings. I vowed after making this not to make menswear again!

The Inspiration for my dress: I love the “Beautiful Blonde Pineapple” dress that Frenchy wore to the prom in Grease and I based my dress off this design. I also added a matching bolero from a dress I saw on the Lawrence Welk show.

We asked that all guests come in 1950’s attire and they did not disappoint. We had some highly original costumes!

We wanted our guests to feel like they were in a 1950’s DINER. Period appetizers included stuffed celery, molded jello, popcorn and casseroles. For dinner we served hamburgers, hotdogs, pork loin sandwiches and french fries in baskets with paper liners. Banana splits and other ice cream creations were served with petit fours and cake (with our wedding date on the top) for dessert.