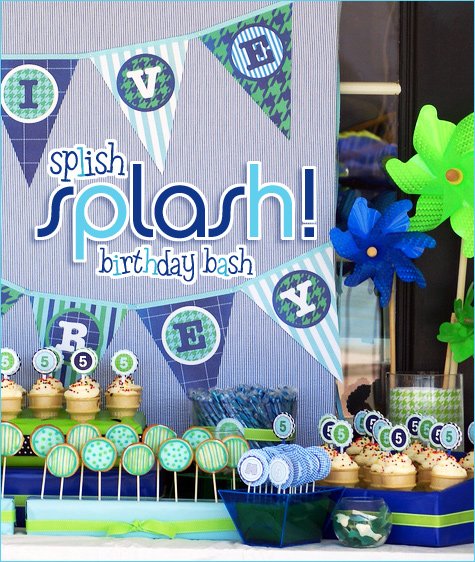 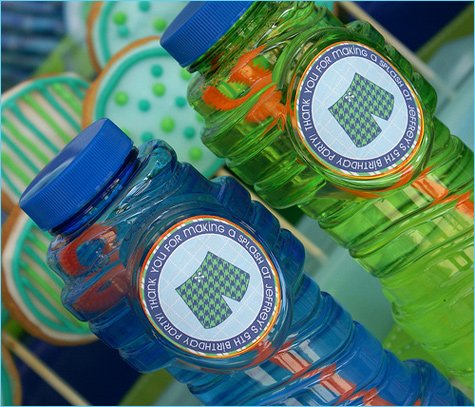 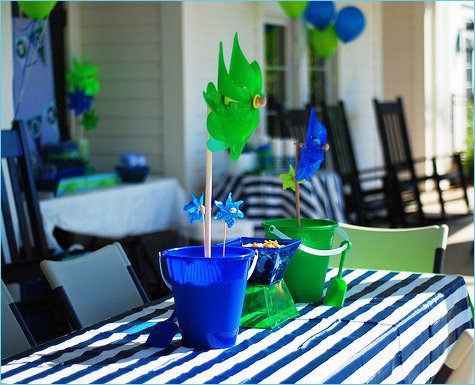 Read on for lots more pics and all the creative party details, as told by Maureen… 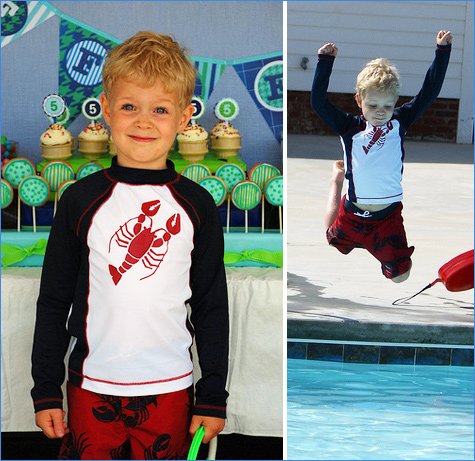 “We decided to throw a pool party for my son’s 5th birthday, and instead of going with a traditional theme like ‘under the sea’ or ‘beach,’ we stuck to a strict color scheme of ‘water tones’ of blue and green, along with fun patterns like houndstooth, stripe and check. 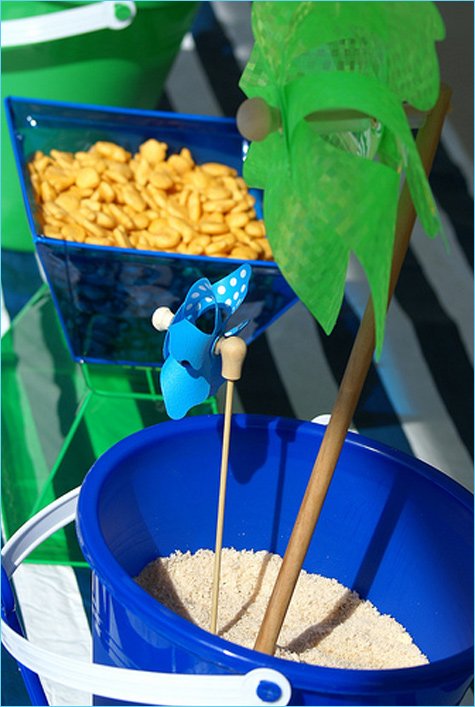 Fresh squeezed lemonade and ‘Don’t drink the pool water‘ water bottles were the drinks of choice! 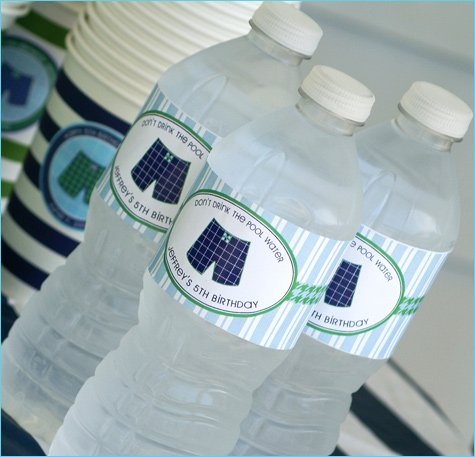 We served bagged lunches that had a homemade croissant sandwich, fruit cup with his party logo on top, and a bag of chips. The lunch bags were placed in a blue (for boys) or green (for girls) sand pail that had a napkin hanging over the edge (Ikea). 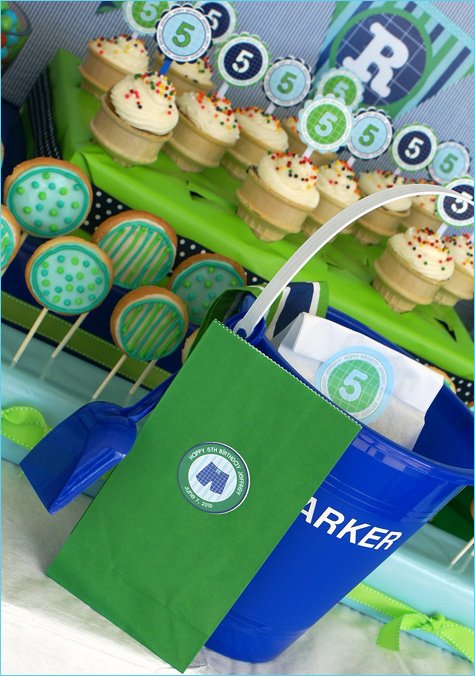 I personalized each ‘lunch pail’ with the child’s name. They could take their pail anywhere at the pool – the tables we had setup, under an umbrella on a beach chair, or wherever they decided to eat their lunch! 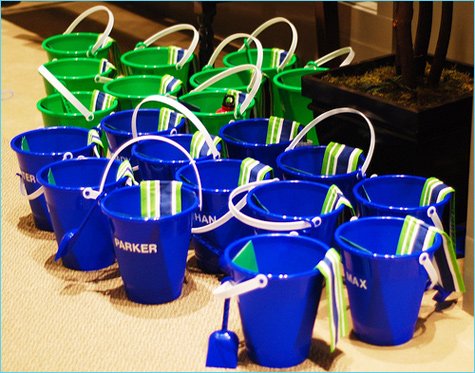 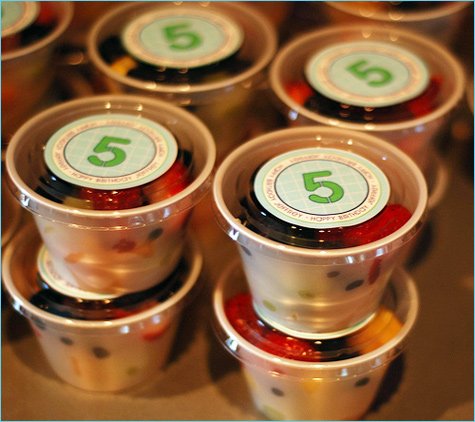 We featured a sweets table with various sweets and treats that were mainly blue and green. 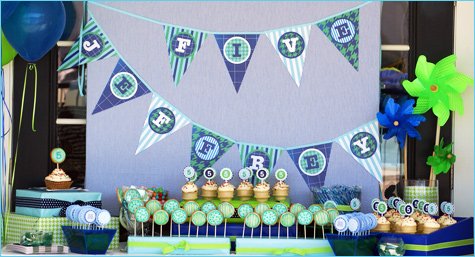 I decorated a fabric covered canvas for the backdrop (seersucker fabric) and made a pennant birthday banner that used greens and blues with modern, fun patterns. 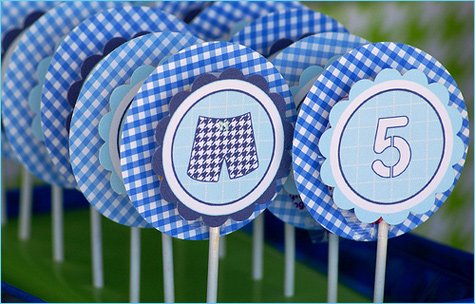 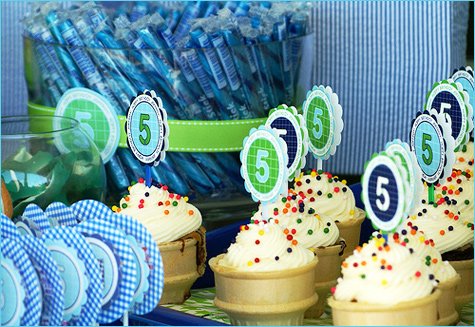 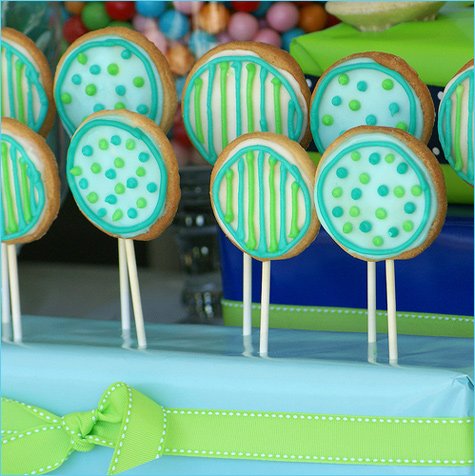 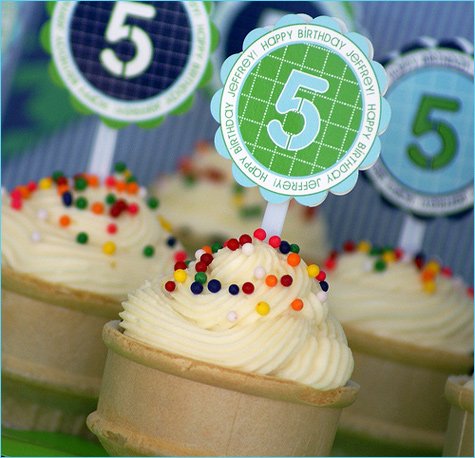 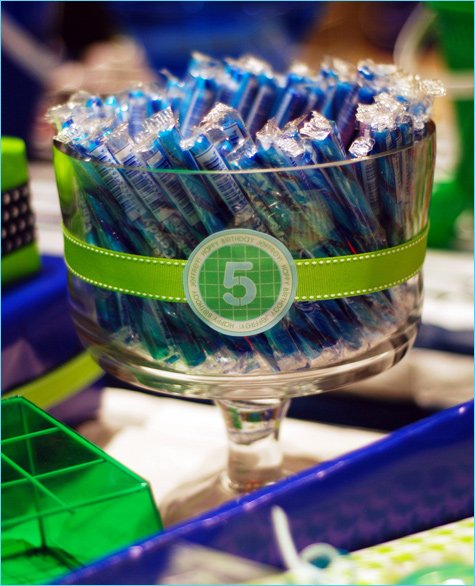 We also had organic lollipop (Earth Fare) covers that we designed to cover the lollis that stuck out of a blue/green wrapped box. 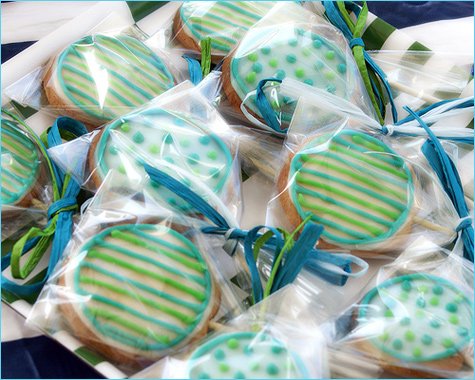 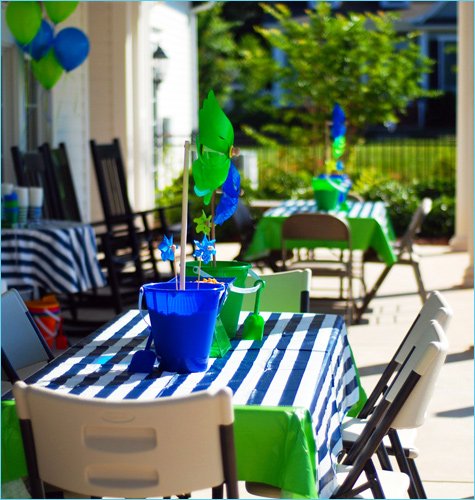 The tables also had these fun translucent blue containers filled with goldfish because all of our kids’ friends love those crackers. It looked like the fish were in fish bowls! 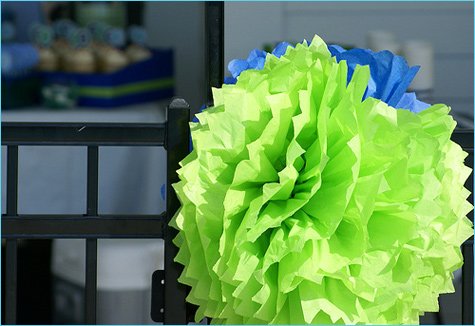 Tissue poms are a great DIY project. We used them to line the iron fence entrance to the terrace of the pool where our party was held. 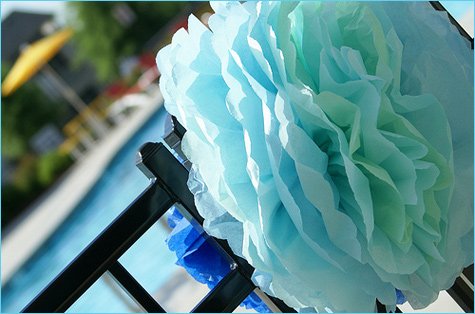 PARTY FAVORS
were customized sidewalk chalk containers for the toddlers and a box of legos wrapped in ‘water looking’ paper that said ‘when it gets too hot to play in the sun, go back inside and build your own fun.’  (My son is obsessed with legos, so that’s how we tied them into the party without throwing off the blue/green scheme!) 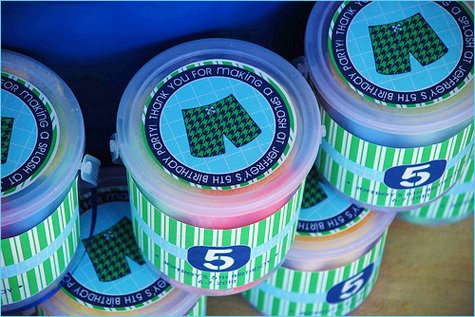 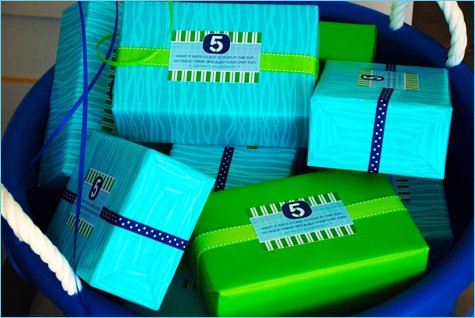 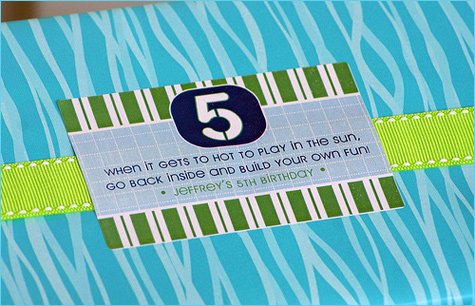 We also had bubbles that had custom labels on them for the prizes for the games we played. 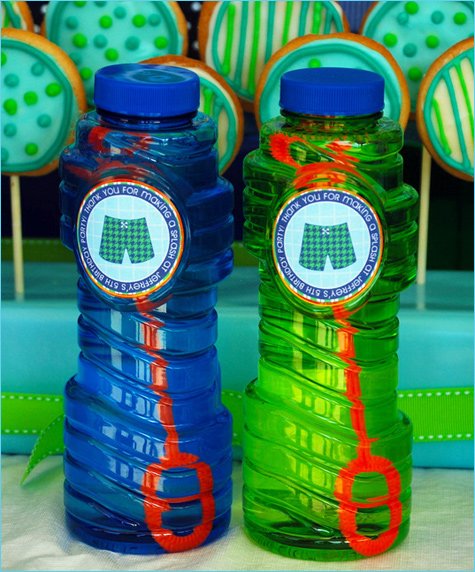 GAMES
biggest splash contest, ping pong ball toss (toss into buckets like the old Bozo the clown game), and we threw 150 ping pong balls into the pool and several had ‘5‘ written on them.  The children who found the special ‘5‘ balls (they floated), won the prize.” 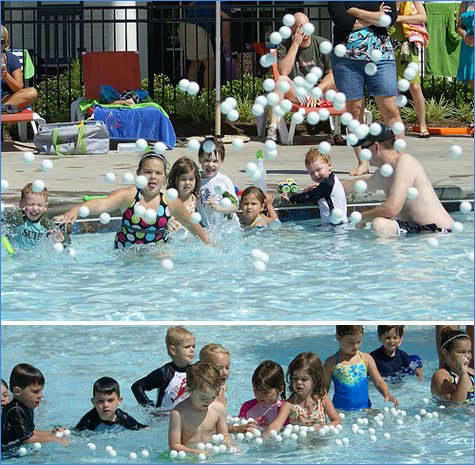 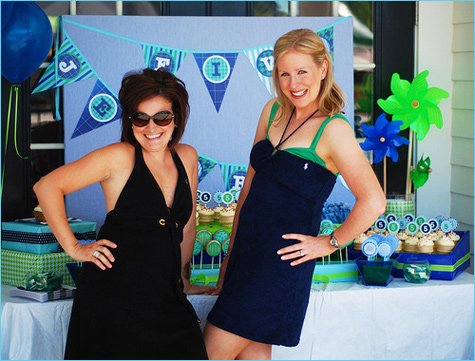