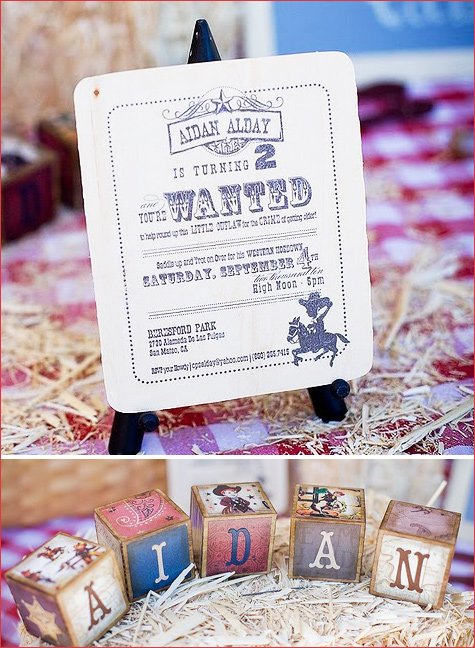 So… this has got to be one of the cutest country western birthday parties I’ve ever seen!

Cleverly dubbed “My Little Buckaroo is Two” by the birthday boy’s mom – Chrissy – this ultra-creative shindig has everything from a “General Store” treat buffet to adorable vintage stick ponies for the pint-sized guests to gallop into the party “cowboy-style”! 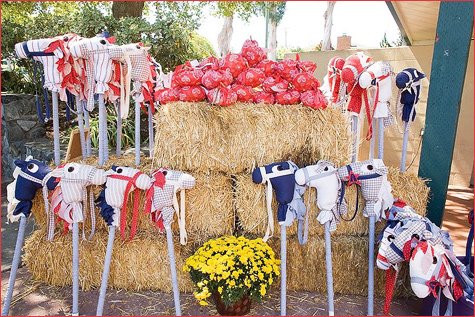 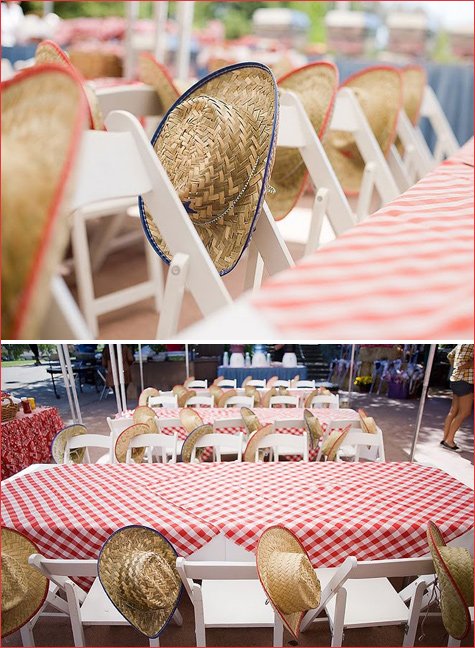 There are SO many fun images to share from this party that I’ve got to split this feature into 2 parts to fit them all in!

Stay tuned for details on the fabulous cake & party favor buffet in Part 2! Here goes with Part 1 – Food & Decor – as explained by Chrissy… 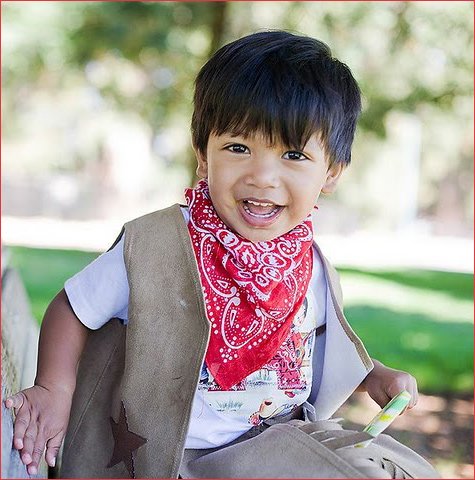 “I wanted to have a western hoedown for my little boy, Aidan Jacob. He’s my little cowboy, so we came up with the idea of a “My Little Buckaroo is 2!” party theme. 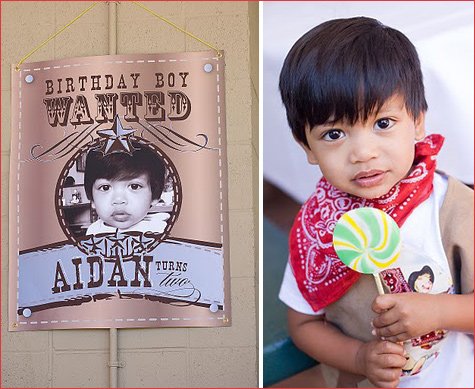 DECORATIONS
My goal was to create an atmosphere that made guests feel like they were in the South, and I wanted the works: ponies, BBQ, and bales of hay! Most of the children wore plaid shirts and they really looked like cute little cowboys and cowgirls in their hats! 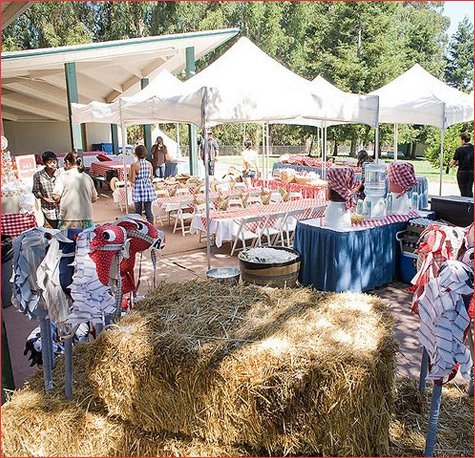 The invitations for this party were made by wood, and inspired by this post on HWTM blog: 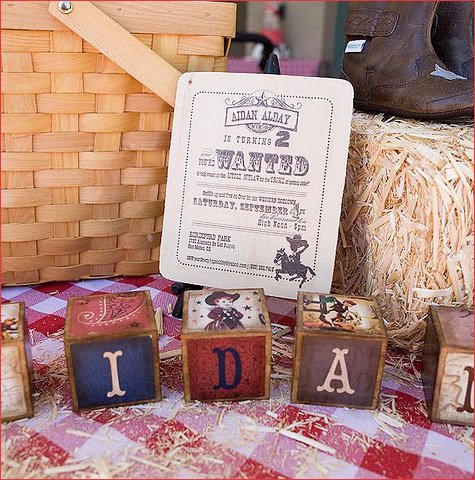 The invites were designed by Zusy Zamora from Marizette paperie. Wood was purchased at Michaels, and Zusy ironed the design she created onto each piece of wood.  They were mailed to guests in brown kolocraft boxes, which was a huge hit!

The tables were decorated with red and white plaid linen. Settings included a bandana, cowboy hat, and a sheriff badge. 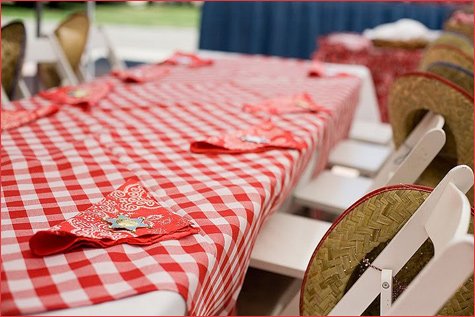 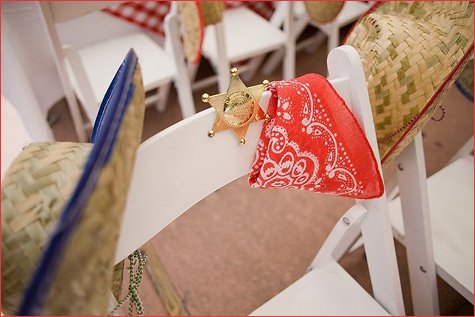 The kids Giddy-up’d all over the park with their vintage horsie sticks, made with love by etsy vendor nickmaxmama. 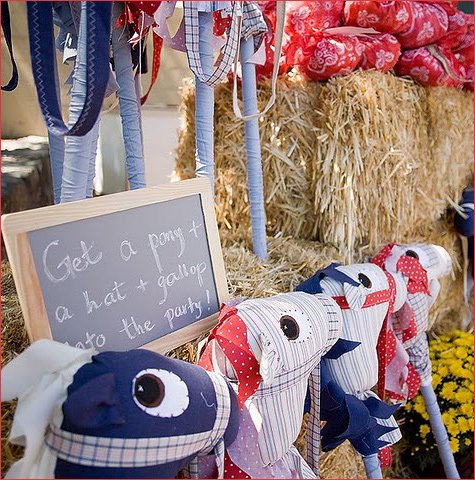 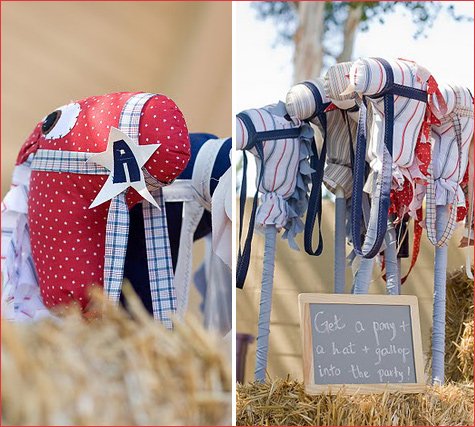 Also given out were bindle sticks, which included tons of goodies, they were made by my friends Caryn and Joel Palustre. 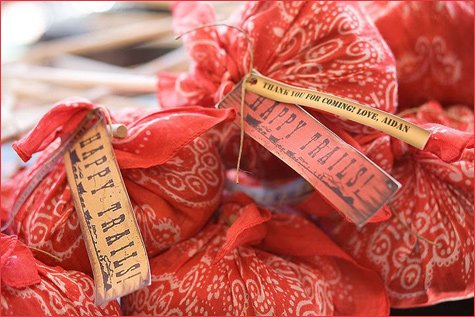 FOOD
The BBQ was western style, and served with corn, chili and watermelon wedges. It was yummy ya’ll! 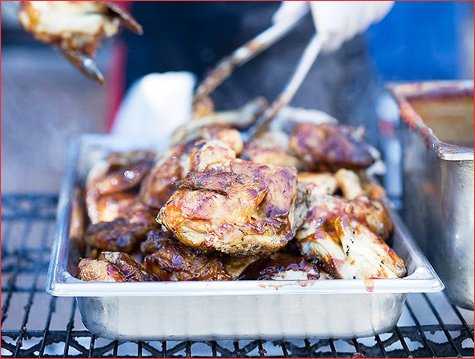 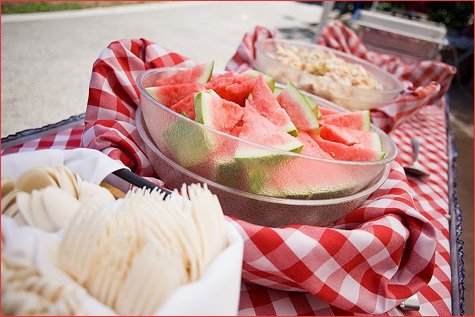 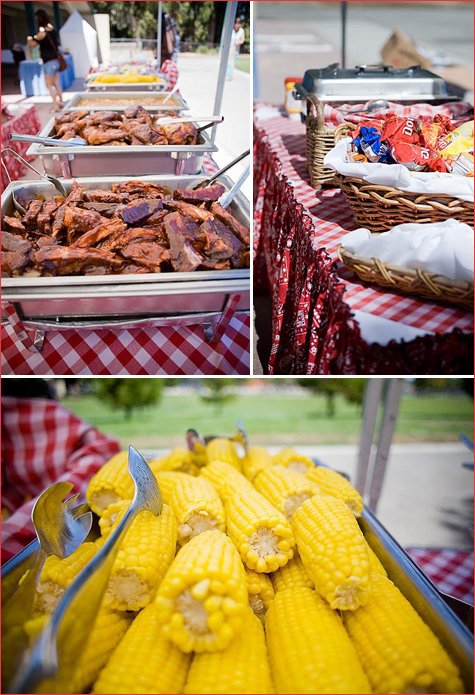 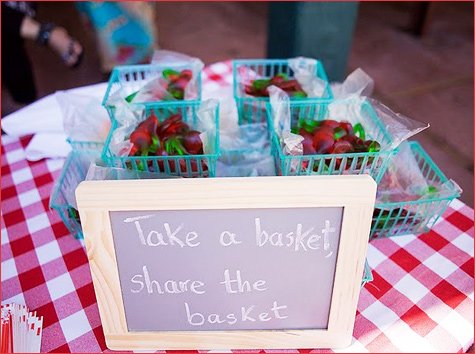 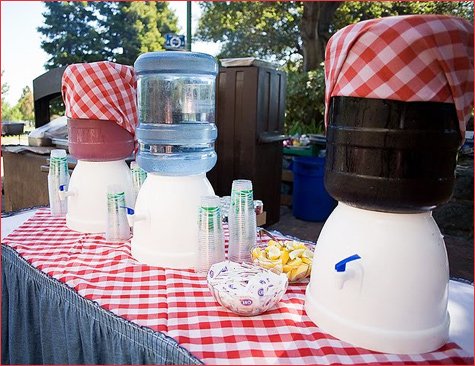 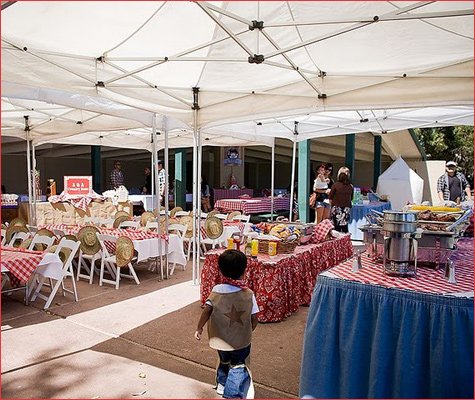 A few more fun shots… Pictures were taken by Kim Passion of Super Kimagery. She really captured the heart of the Western Hoedown! 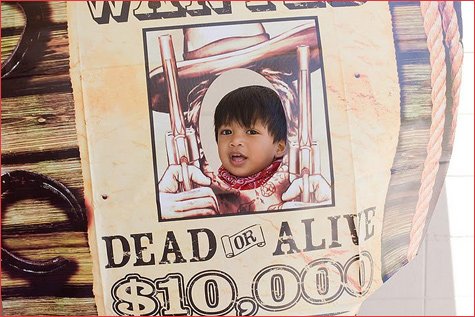 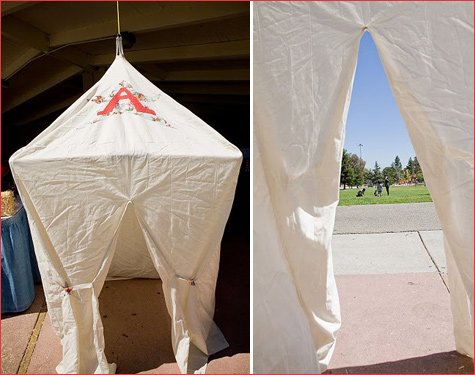 C.D. Madison from ENB Decor Studio designed the gift table, which included little cowboy boots and a saddle to complete the western theme.” 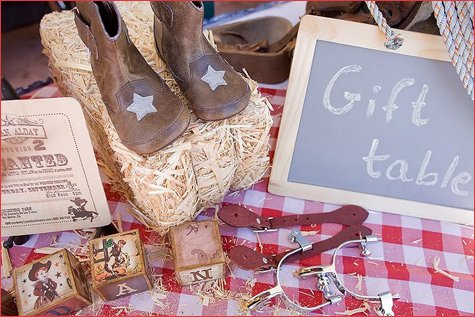 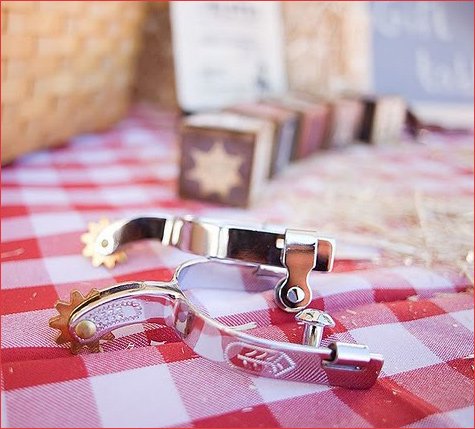 (C.D. also created the treat-filled General Store, which we’ll go into detail on in Part 2!)