I’m BUBBLING with excitement that Jenn asked me to share with you today the “She’s going to POP” bubbles themed baby shower that I helped host back in the Fall. The design elements of this baby shower manage to combine two worlds…modern & chic with a touch of playful whimsy; the perfect combination for a stylish mom getting ready to experience the magic of motherhood!

Party elements and decor were centered around the “bubbles motif” invitation I designed and the focus was completely on playing off of the word “POP“. 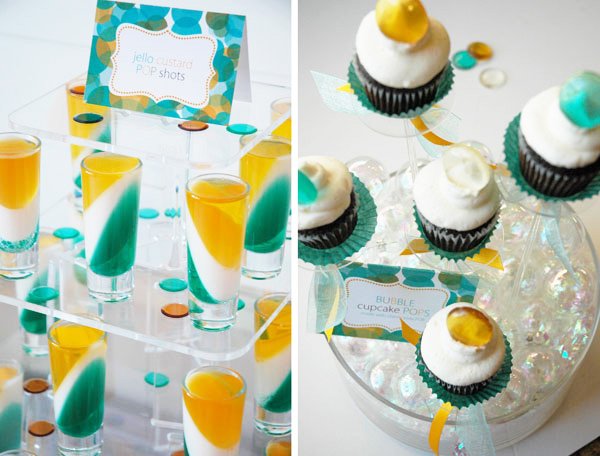 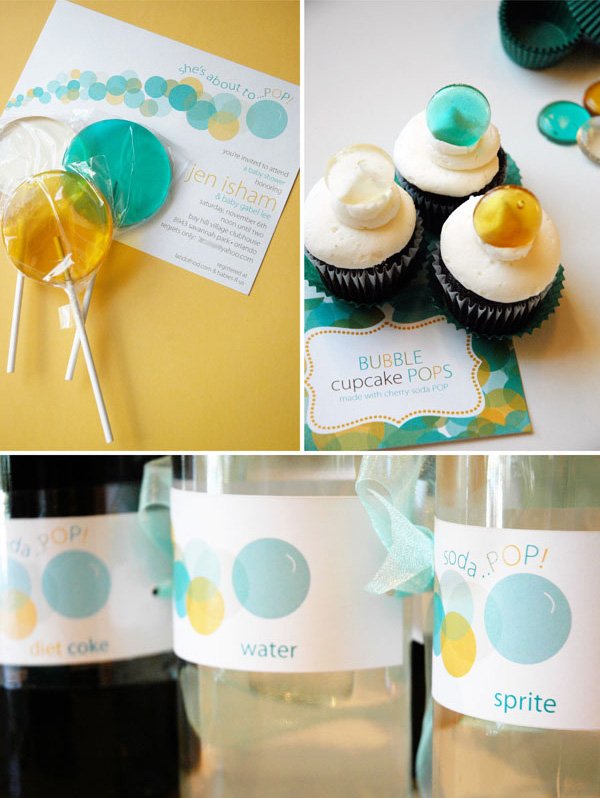 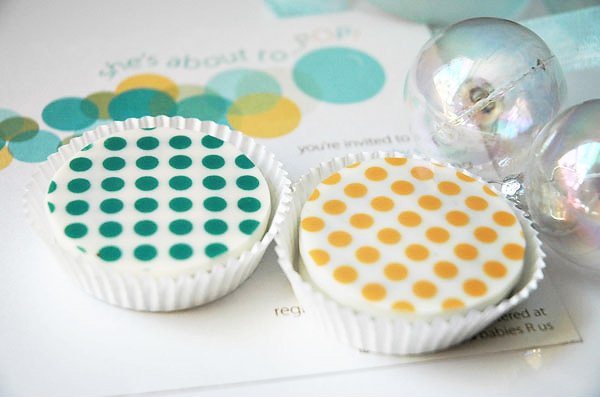 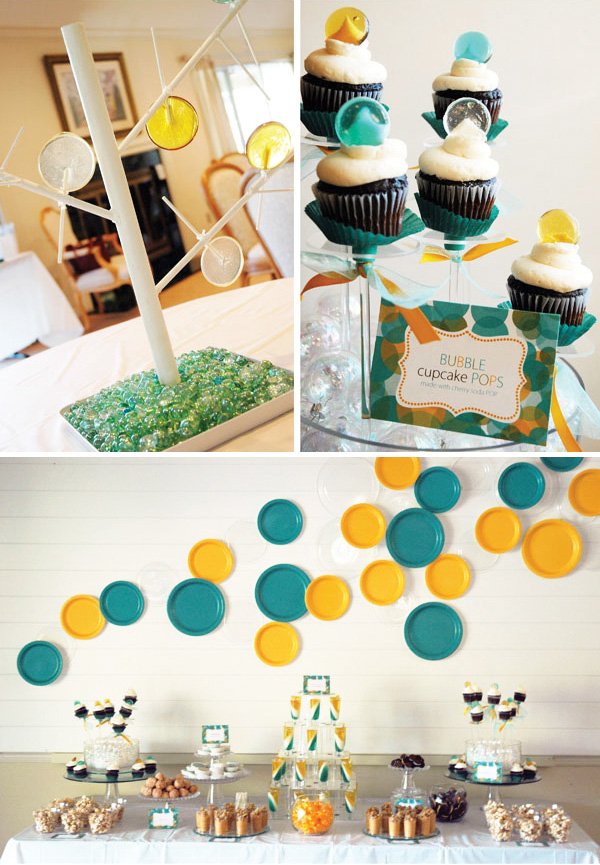 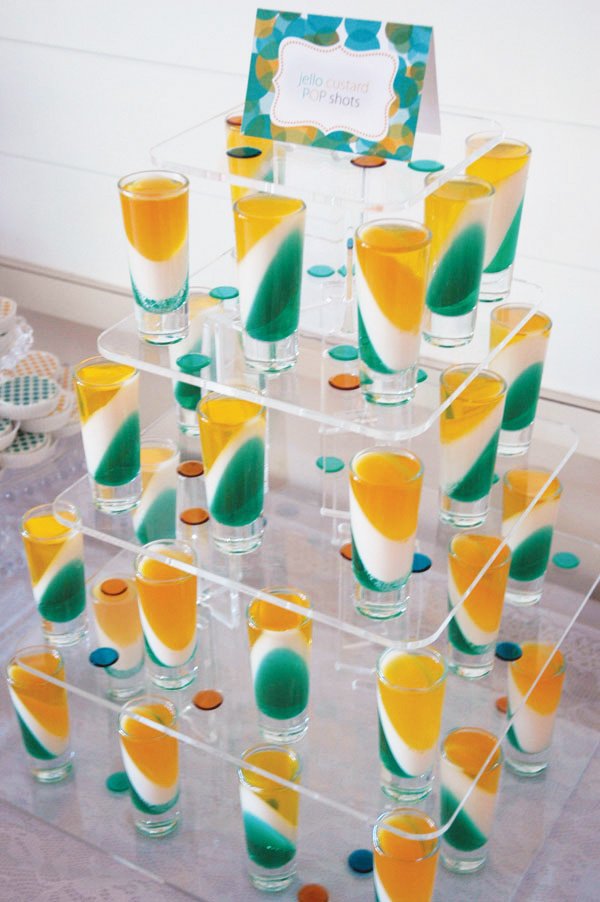 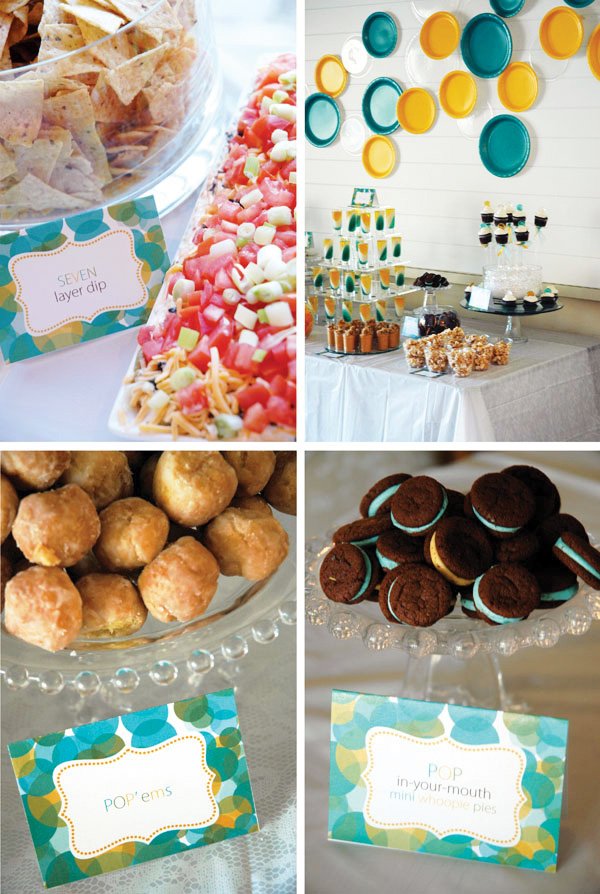 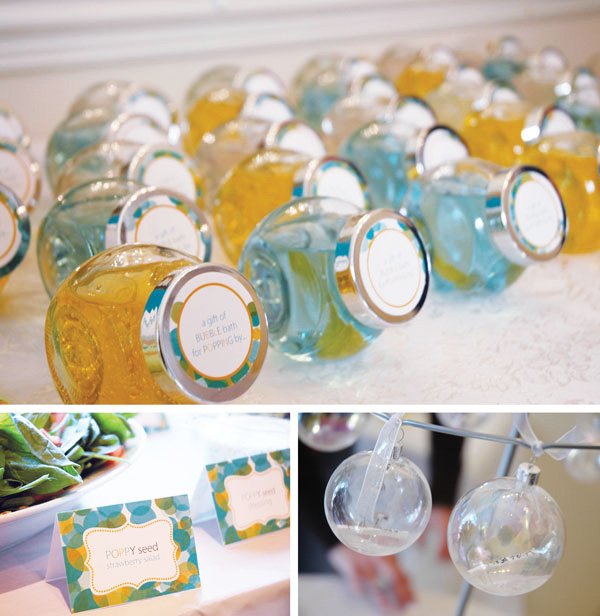 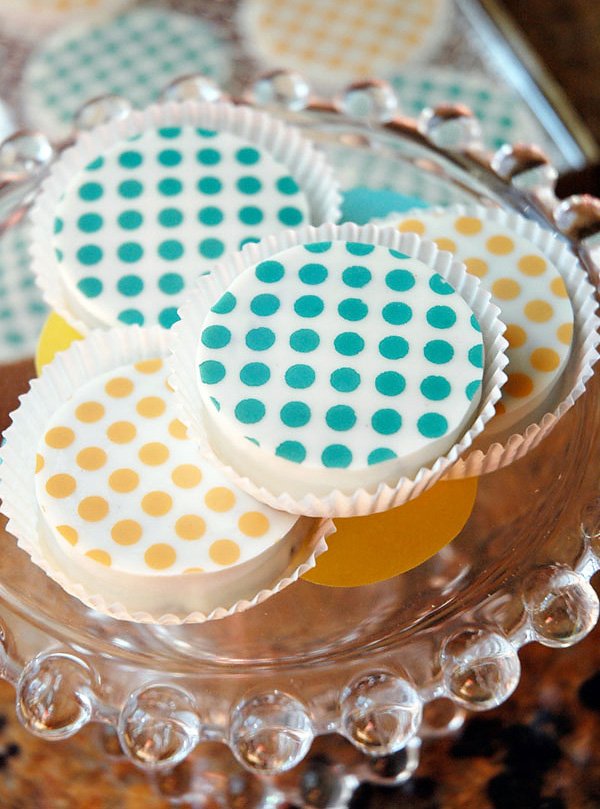 When my sweet friend Bre approached me with the idea of hosting a “She’s going to POP” baby shower for her childhood best friend, Jen, she expressed wanting the shower to be unique/original and something Jen would never forget.

After some research online I came to the realization that the theme wasn’t as unique/original as we had originally thought. So…taking the creativity to an entirely new level – I suggested tying everything in with bubbles – something I hadn’t seen done yet and would still allow us to keep with the “POP” theme she was hoping for.

With a clean & simple invitation design and a modern color palette that we selected from Pantone’s 2010 Fall Fashion Report…we were ready to get started!

With my passion for sweets, I immediately began dreaming of the dessert table. However, I was suddenly feeling pressure to perform after Bre shared with me the fact that the mother-to-be was a former finalist on the “Next Food Network Star”…*gasp*  Luckily for me, Jen’s “food forte” is more savory than sweet – so the pressure was off just a teeny…tiny…bit. *wink*

By focusing on Bubbles and the word “POP” for every element of the baby shower, we had so much fun pulling off a very clever theme, as well as creating a day the mother-to-be would always remember!

Desserts:
Clever/playful food choices incorporating the word “POP” were used throughout the dessert table and included: