GET 20% OFF YOUR ORDER with code: MAKEITFUN
Skip to content
Outdoor Parties 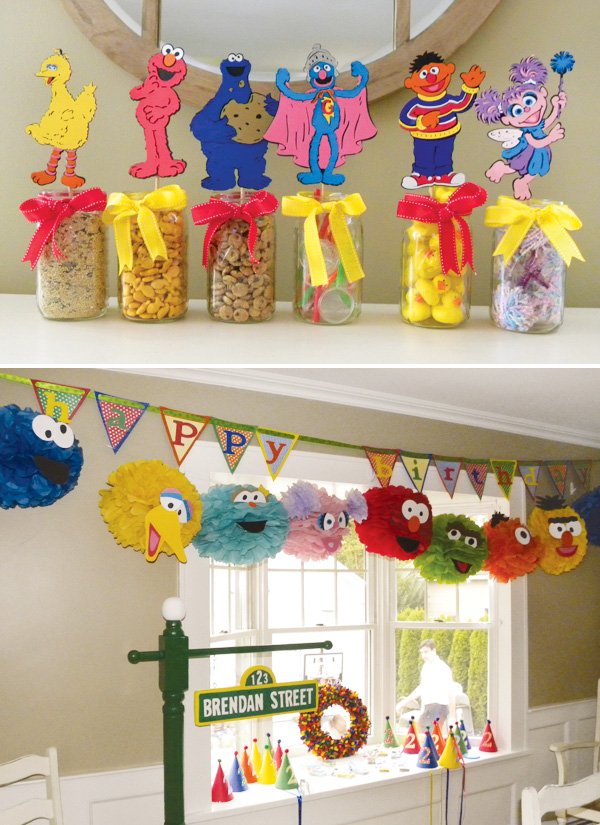 Lauren, mom to birthday boy Brendan, built incredible Sesame Street Carnival Party Games (which she fully explains in her party details below!). She served homemade & easy theme inspired desserts and had so much fun thinking the entire party up… you can just feel the excitement level in her how-to instructions! 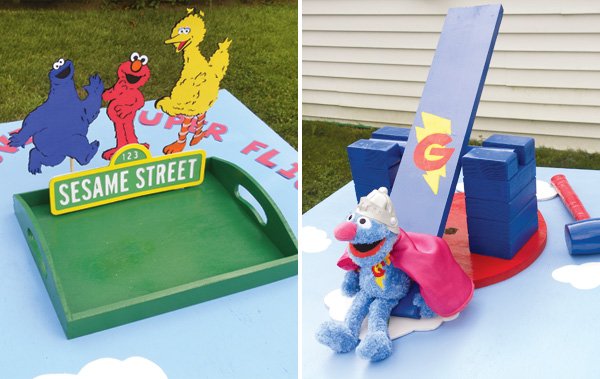 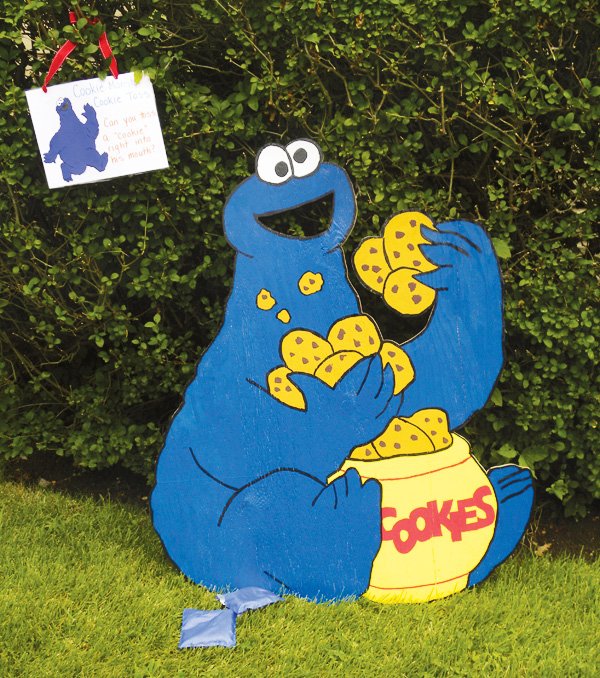 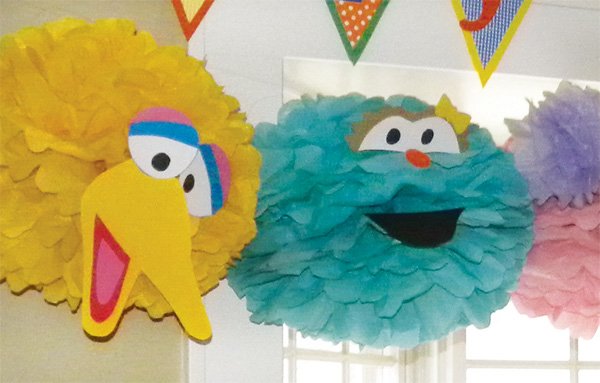 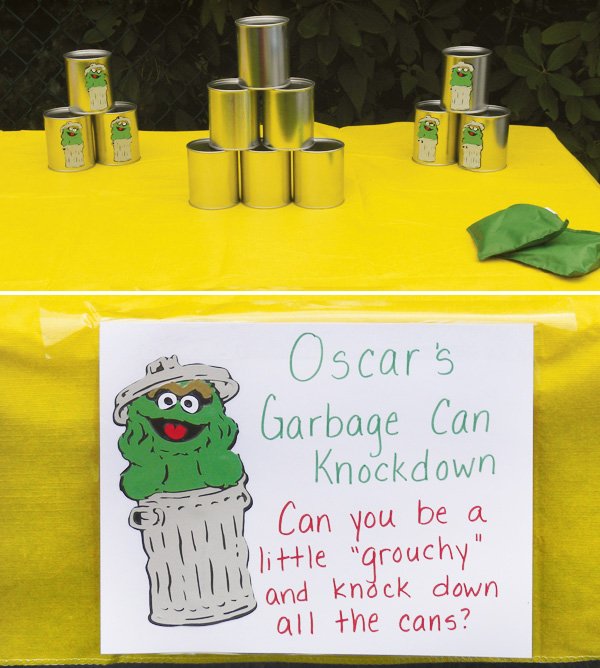 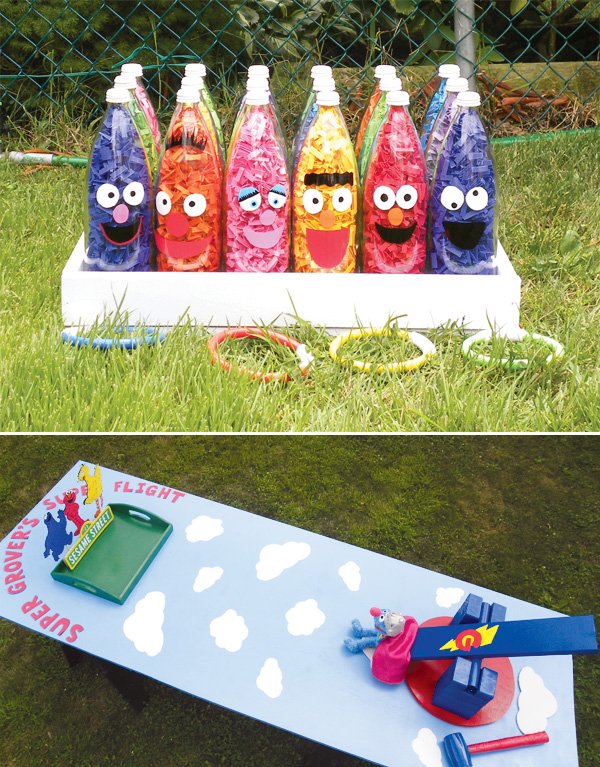 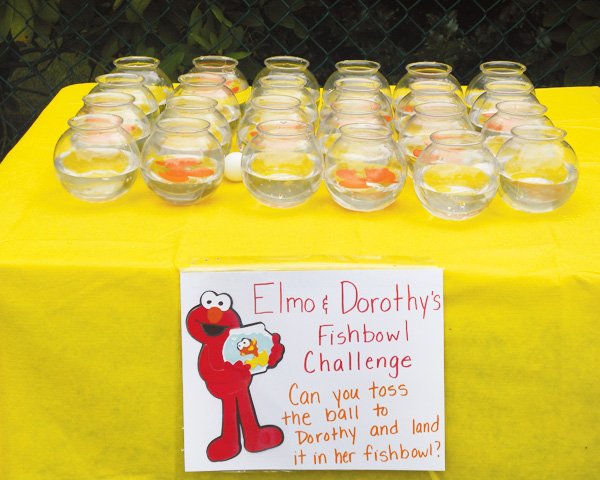 PARTY DETAILS, as told by Lauren…
:

I’m the proud mama of two very busy boys – Brendan (2) and Michael (6 months). I am most definitely not naturally “creative” or “talented” in anything crafty. However, my experience from teaching, LOVE of birthdays and desire to make my son’s parties extra special has turned me in to one RESOURCEFUL mother/party planner.

As someone who’s not too crafty, I would have loved to have found step by step directions to some of the things I made. I’m hoping that some of the pictures and my directions might be able to help other moms other there!

So to give you some quick background – my son Brendan just turned 2 and is obsessed, literally in love, with anything and everything Sesame Street. I wanted to create the ultimate Sesame Street themed party that would make Brendan and all his guests (who were mostly adults) enjoy the celebration! First up –the games! I start with these because I think they make my party very unique! My husband and I love carnival games and since most of the guests were adults – I thought this would be a great way to get them to interact with Brendan. I originally looked online for some – but thought I could make them a little bit nicer and more original on my own.

I bought an inexpensive piece of plywood ¼” thick from home depot. I am not artistic at all but as I said earlier, definitely resourceful! I borrowed an overhead projector and had it project onto the plywood which I had standing up in my dining room. After about 15 minutes of tracing, I was ready to paint. Since I’m not too steady with a paintbrush, I used a red wood marker to write “Cookies”. My dad had a jigsaw and cut it out for me. If you don’t have a jigsaw (or not sure how to use it) – use cardboard instead of plywood and you can use a razorblade or exacto knife to cut it out.

So I found this great idea for a DIY ring toss at this here. I bought the bottles from Trader Joe’s and tried to paint it exactly as it said. Of course, I was not able to paint the bottles (I couldn’t get it to stick on the inside). Resourceful as ever, I thought of how I could “paint” the bottles instead. At first I tried pushing tissue paper inside and that didn’t work. Lightbulb went off and homemade crinkle cut paper came to mind (I used my father-in-laws shredder).  The hardest part was stuffing the bottles. Last I used Sharpie oil based markers and this wonderful template to paint on the faces. I used pool rings as the “rings” and it was a big hit!

The only thing I had to make was the goldfish and the Oscar cutouts which I used the Cricut machine and Sesame Street cartridge.

Okay this is by far my favorite!! My son absolutely loves Super Grover or as he calls him “Stober” I desperately wanted to make a game themed after him but couldn’t for the life of me come up with one. Finally one night talking with my husband about our favorite carnival games from when we were kids, a lightbulb went off – the flying frog game!! Here’s how we made this one! I took a piece of plywood for the base (bought as inexpensive as I could and painted it blue with white clouds). To make the lever I cut 5 pieces of a 2”x4” that were each about 6 inches in length (per side) and screwed them altogether. For the top piece I cut a small notch so that a plumbing pipe could fit snug. I cut the actual logo lever board so that it would touch on both sides when resting on the stand. I used plumbing fasteners to attach the board to the pipe and voila it was done! To make it a little more interesting, I cut a large circle for the lever to sit on so that the player could turn it to aim when trying to help Super Grover land on Sesame Street. I traced a logo I found on google images and used the Cricut to make the Sesame Street landing zone.

I found this great idea here, but wanted to build on it a bit. I used the Cricut machine to make the actual characters. I decided to use Goldfish for Elmo instead of crayons (it was cheaper this way). I  also wanted to add a few more characters. For Abby I made homemade wands. I followed directions for a yarn pom pom and attached a sparkly pipe cleaner to it.

I fell in love with this street sign on, but wanted to try to make it myself. It ended up coming out much larger and cost a good bit less so I was really pumped! I used a deck post for the main pole. Home Depot also sells a screw in decorative top which I just painted accordingly. I bought wood plaques from Michael’s that I used for the base. The street sign I painted on a plank of wood and my dad cut it out. Again, I’m sure you could use cardboard if you don’t have a jigsaw. To paint the sign I used the white wood markers again. I found this great font similar to Sesame Street.

I saw these beautiful pom poms on Etsy but just couldn’t afford to spend that much . I did my best and I’m really happy how they came out. I struggled A LOT with making the actual Pom pom and made sooo many mistakes. I highly recommend watching a video tutorial – they are all over the internet and are much easier to follow then the step by step word directions. For the party sign I use the Cricut machine again. This was a leftover from his 1st birthday party and it lasted really well!

I saw on pinterest an idea to make “Slimy’s” dirt and then wanted to make all the desserts themed after a character. I decided to go with Abby Cadabby’s Fruit Wands, Cookie Monster’s Pillow Cookies (a brownie inside of a chocolate chip cookie), and Elmo and Friend cupcakes – a good friend of mine made these. (She used this as a model.)

All in all this was a WONDERFUL party and everyone (especially all the adults) had a ball playing the games!