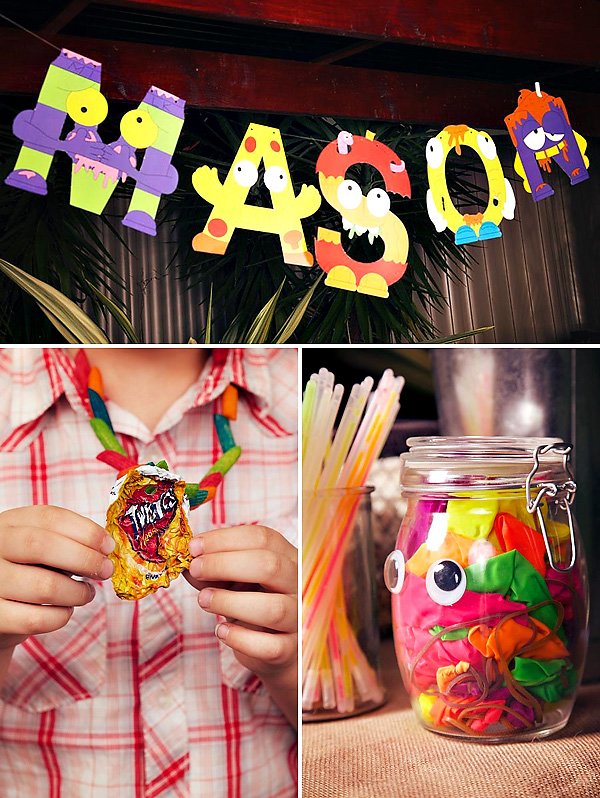 Justine of Sensationally Sweet Events has a son who is in love with Trash Packs (the gross gangs that live in your garbage!) so for Mason’s 6th birthday she worked her magic and designed a Creative Trash Pack Party that will seriously make you want a party inspired by trash! Find trashy drinks + activities and a disgustingly cute dessert table below! 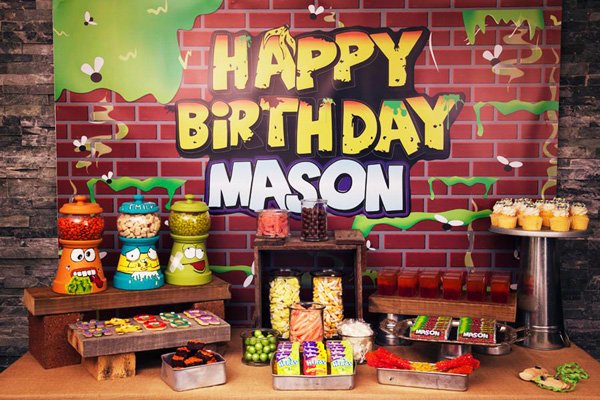 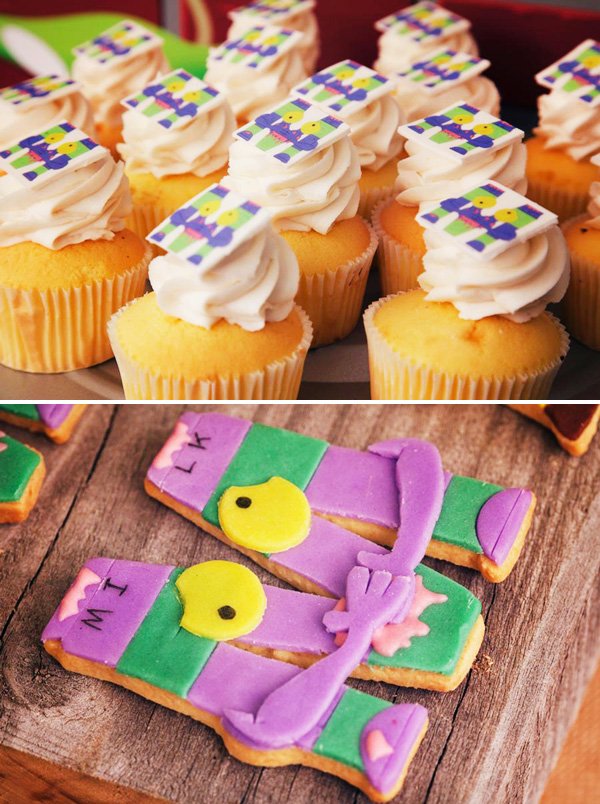 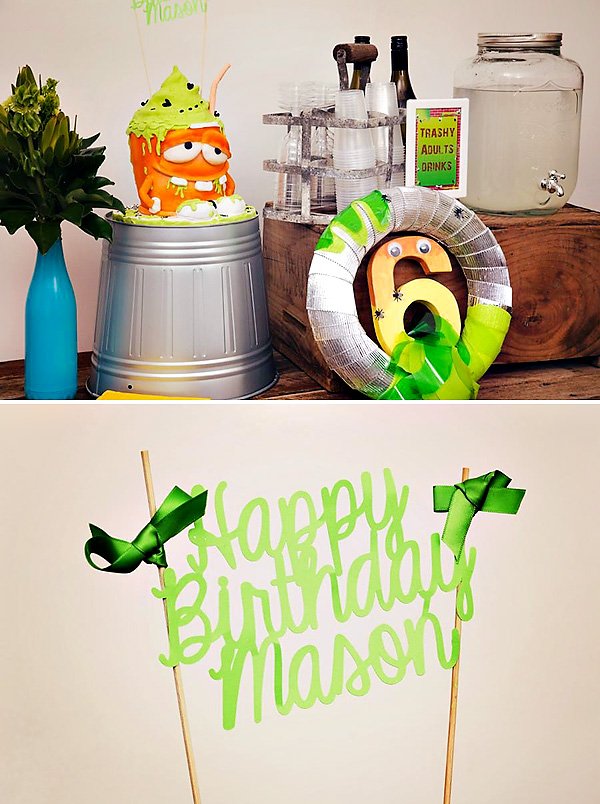 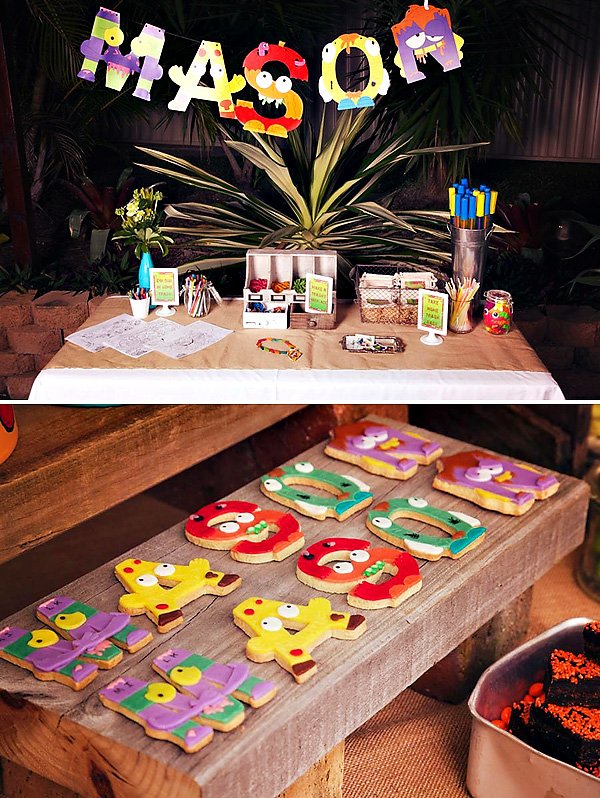 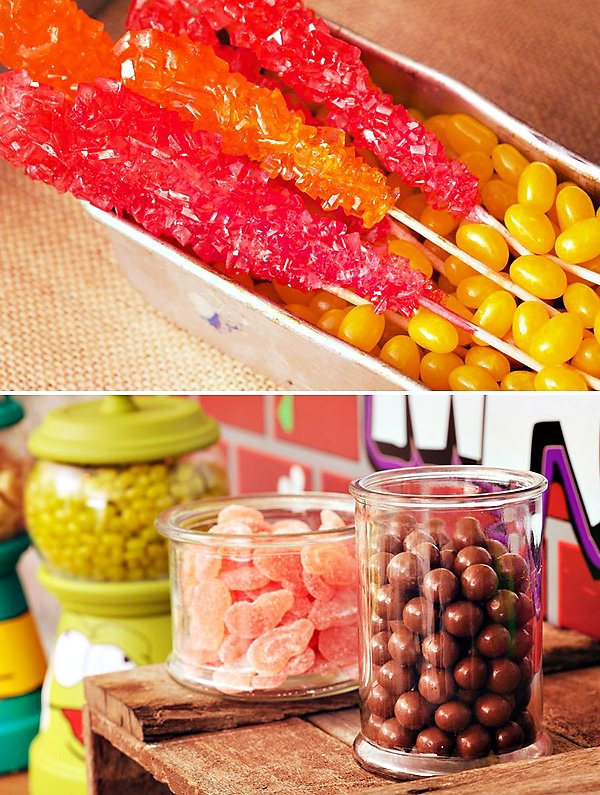 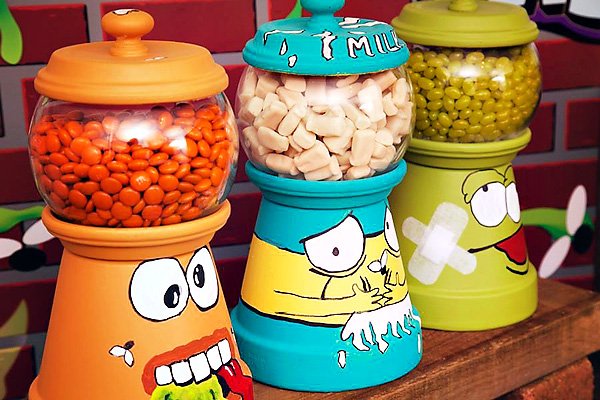 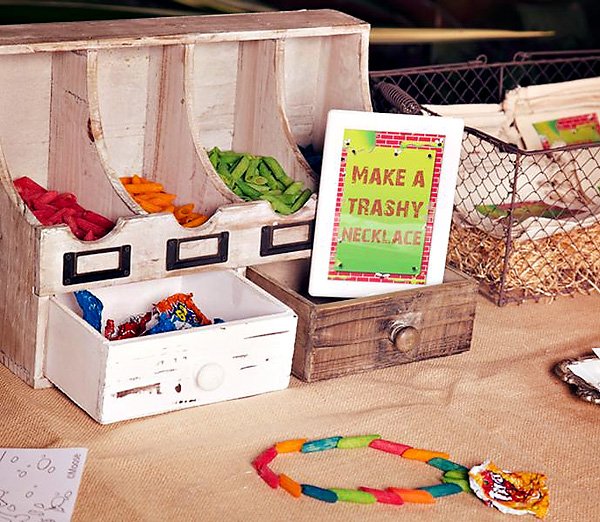 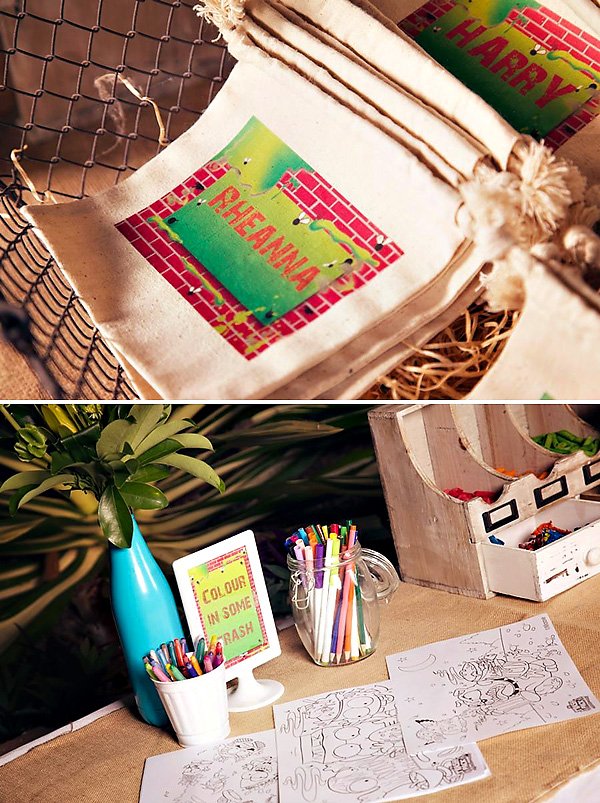 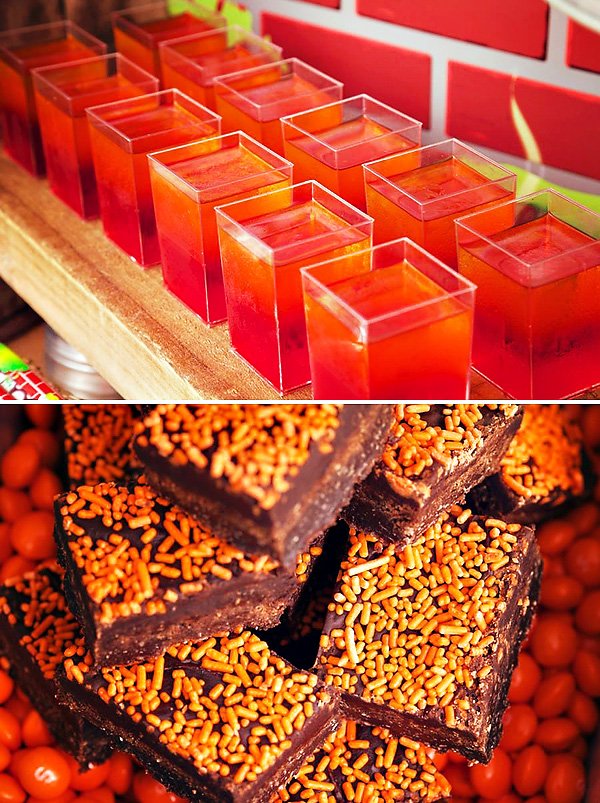 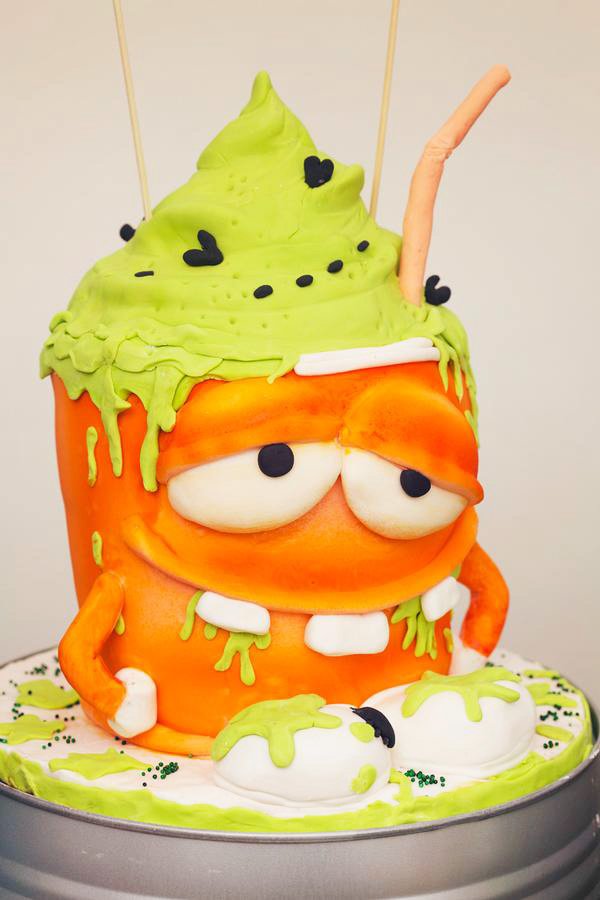 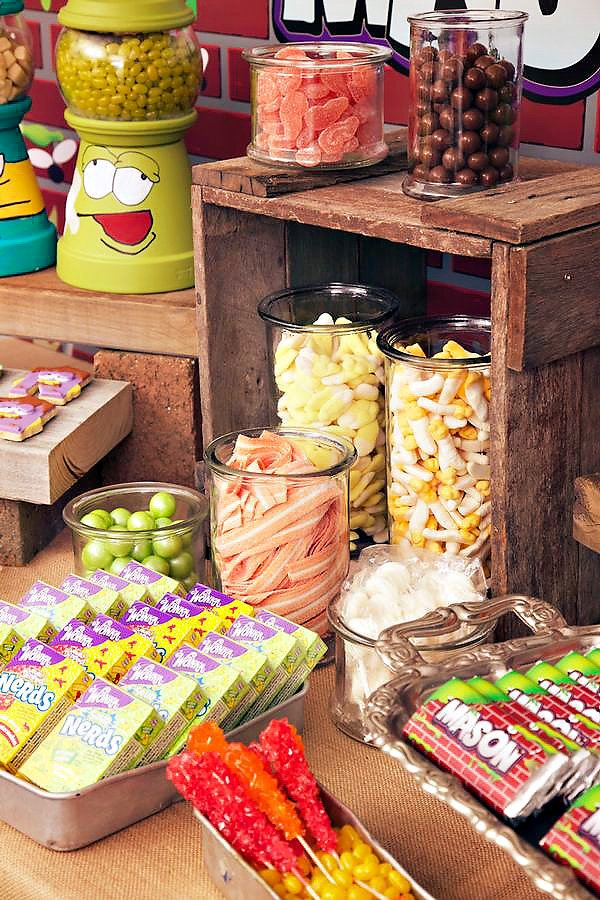 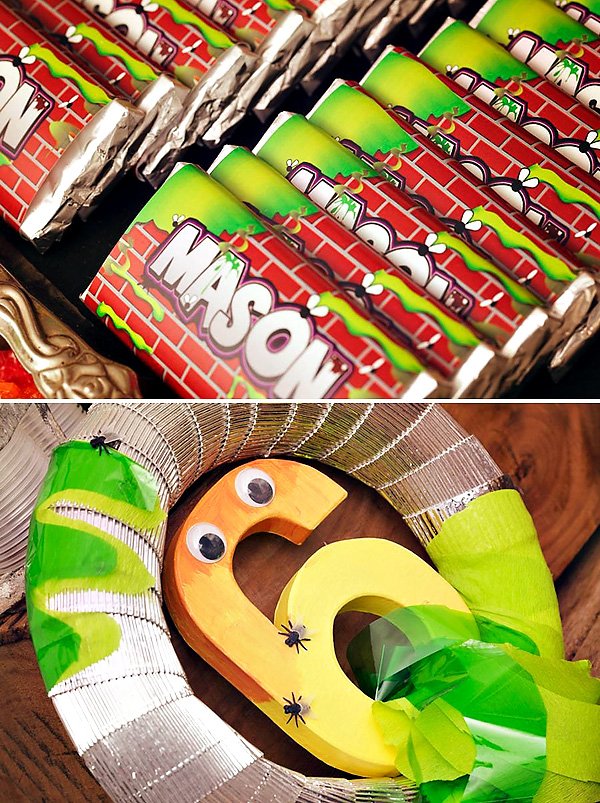 PARTY DETAILS, as told by Justine…

I own Sensationally Sweet Events on the Gold Coast, Queensland in Australia and I wanted to share this Trash Pack inspired birthday party that I created for my son, Mason last weekend. Trash Packs are little collectable rubber figurines promoted as ‘The gross gang in your garbage’ and all my little boys aged 6-10 LOVE them! I asked my friend Jenny from Concept Designs to work on a backdrop and matching printables similar to the packaging that some of these toys come in – with green slime and wafting odour clouds everywhere. The other graphic designer that I approached was Mike Boon who’s work I became familiar with from the amazing Muppet themed rainbow party put together by Dina from Deliciously Darling Events. I asked Mike to create artwork for my son’s name using ‘Trash Pack’ inspired letters – this artwork was used as a birthday banner hung above the craft table as well as sent to my cookie pal Bek at Sweet Arts by Bek who did an absolutely amazing job creating ‘MASON’ Trash Pack letter cookies. We had a great selection of lollies in jars and home-made Trash Pack inspired gum ball machines, plus served layered jelly, custom wrapped chocolate bars, chocolate slice and ‘M’ topped cupcakes from The Cupcake Parlour in Brisbane. The Trash Pack cake was made by Julie at Cakes, Cups & Pops who had no idea what a Trash Pack was but was happy to work from a photo I texted her and the cake was the hit of the party! Vanessa from Vanessa Grant Events, LLC sent me a gorgeous lime green ‘Happy Birthday’ cake topper as well.

We had a craft table where the kids could colour in or make a ‘trashy’ necklace using coloured pasta shells and shrunken chip packets threaded onto string.

Each child was given a personalised drawstring bag to fill up with lollies from the table on their way out as well as a mega bubbles bottle and some glow sticks.