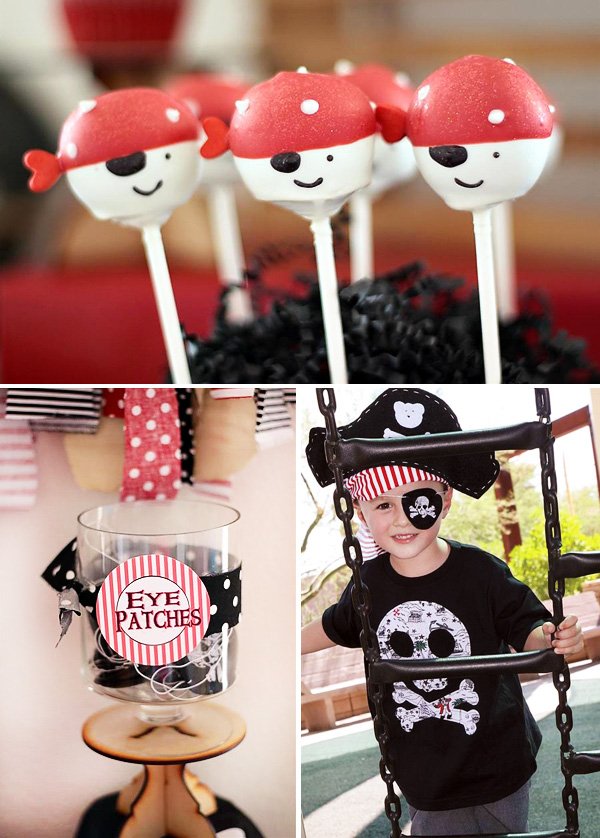 Yo Ho Yo Ho, a pirate’s party for me! Holly Lasha of Mimi’s Dollhouse created this fantastic Swashbuckling Pirate Party for wee lad Mason and his lucky shipmates. My favorite thing about this party is the adorable & clever food — “crunchy bone” frosted pretzels displayed in brown sugar “sand,” “cannon ball” cake pops, and the cherry on top: graham cracker “planks” served over an ocean of blueberry yogurt. Doesn’t it all just make you want to say, shiver me timbers! 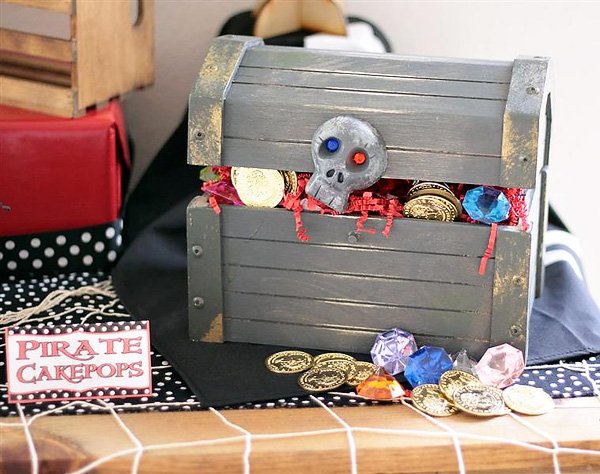 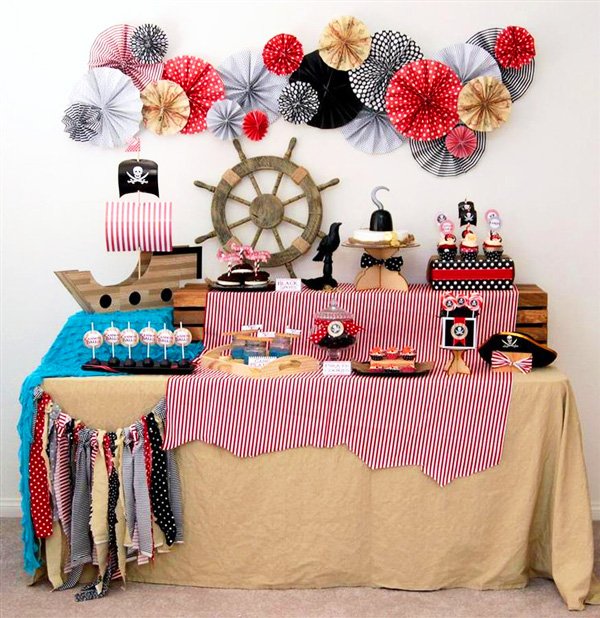 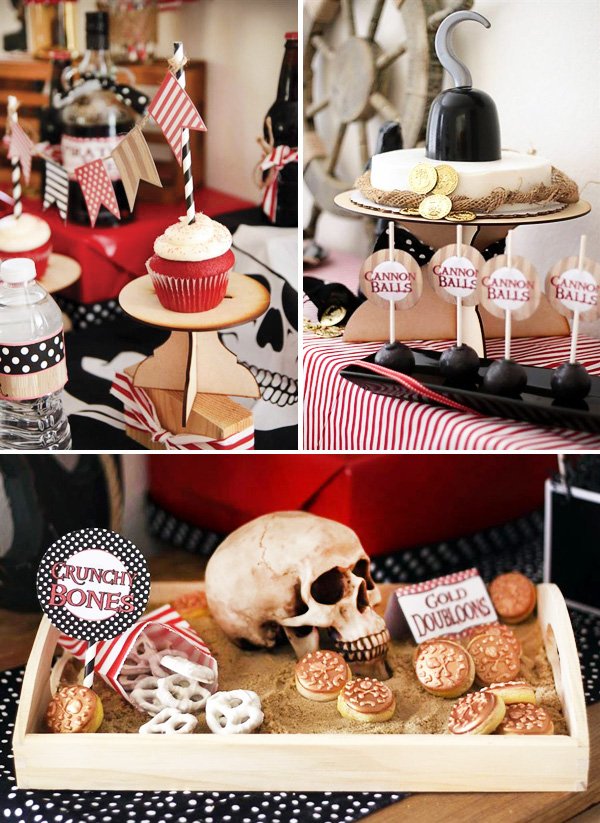 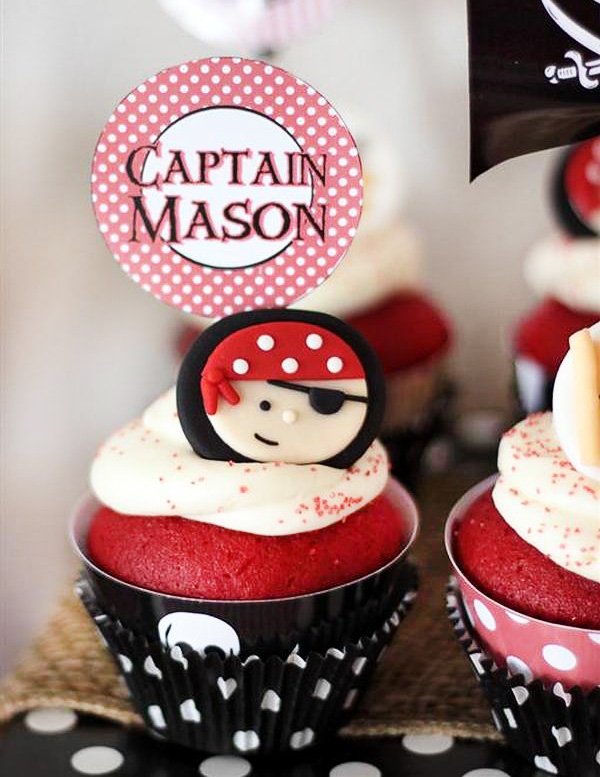 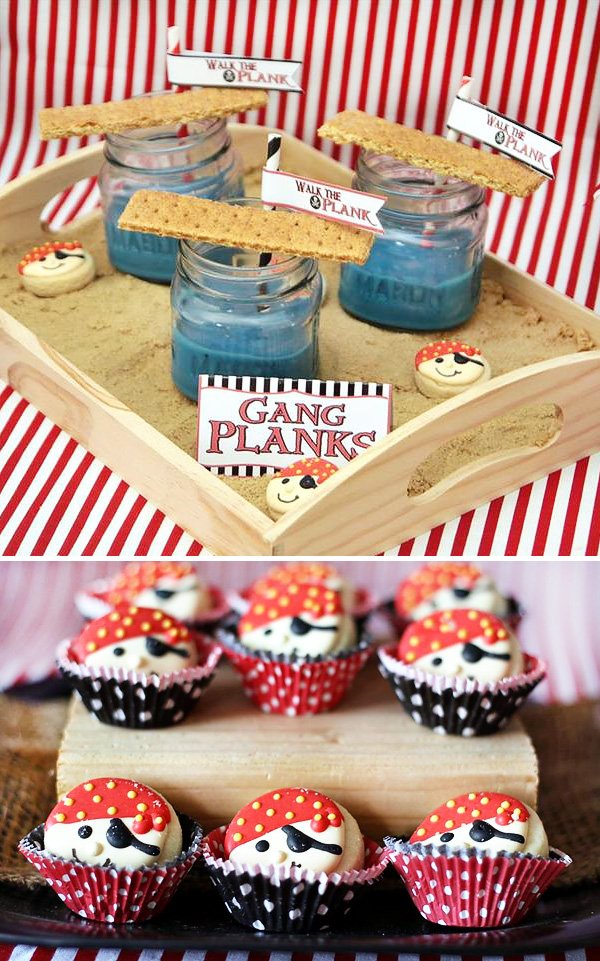 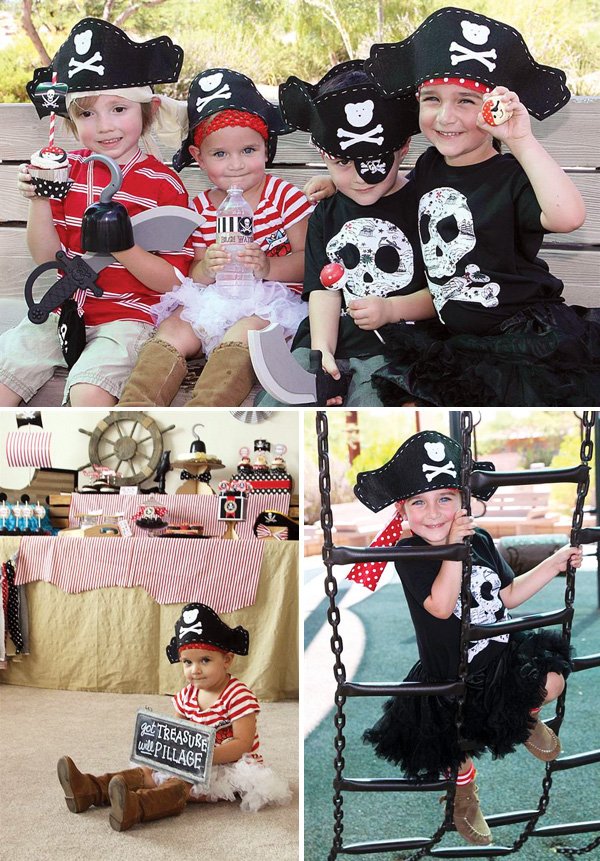 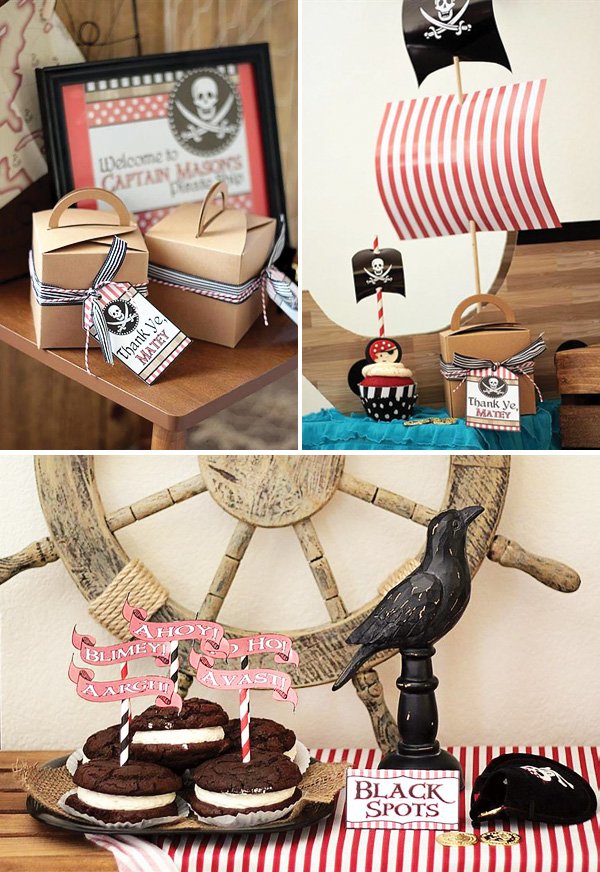 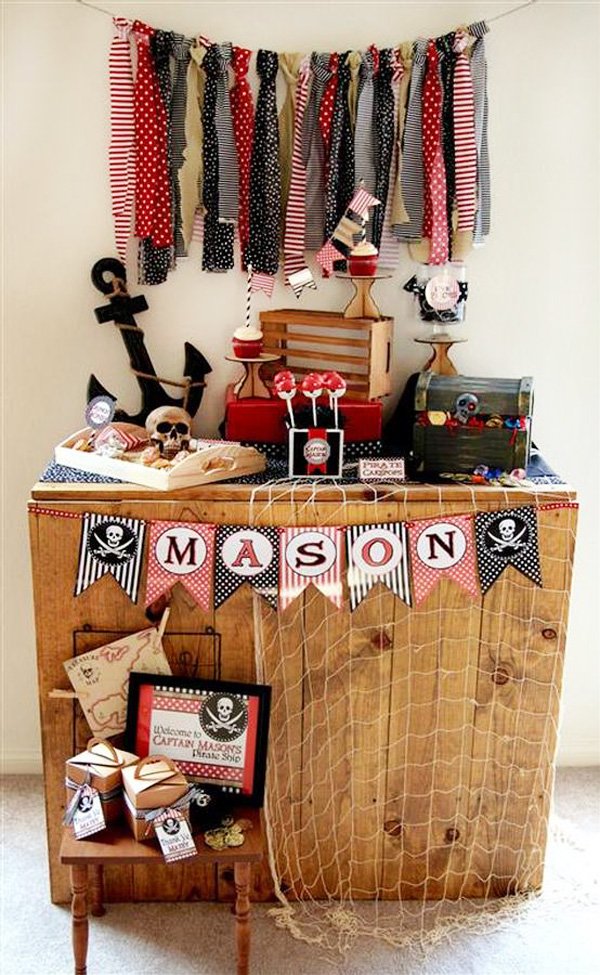 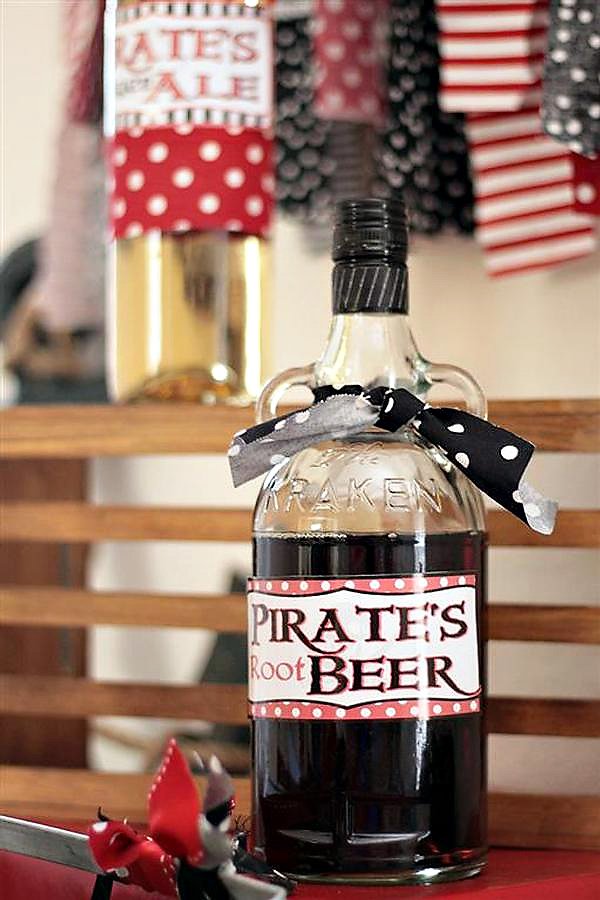 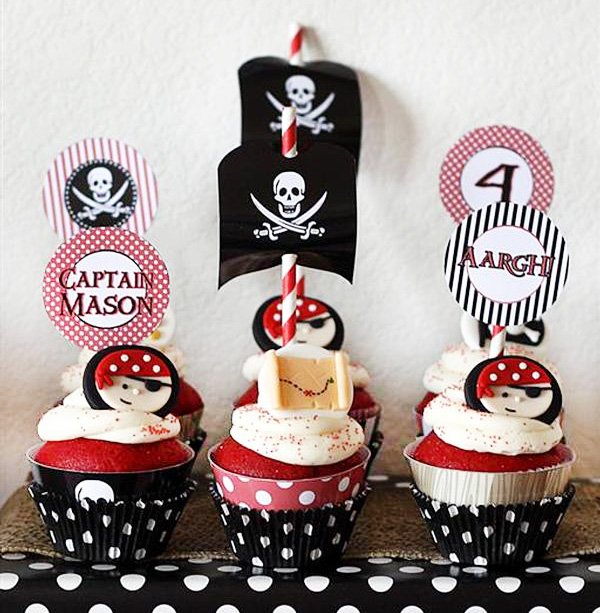 THEME
Aargh, matey!  The theme for this fun fourth birthday party is Pirates and we had a swashbuckling good time. What’s more fun than searching for pirate’s gold and walking the plank? I designed this Pirate Party with traditional pirate stripes, fun polka dots and lots of wood and burlap.

DECOR
Decorating this party involved lots of fabric ripping. I wanted the table to have a haphazard, asymmetrical feel, because pirates are not tidy — they don’t measure, they don’t match. I loved mixing the pirate patterns and being able to mix up the textures. We included plenty of wood and burlap and even some sand (brown sugar) and water (blue ruffled fabric). We also made a pirate ship from cardboard and covered it with the wood grain patterned paper from the printable set. I used a wooden ship steering wheel and anchor as well.

DRINKS
To drink, our little pirates had Pirate’s (root) Beer, Pirate’s (ginger) Ale, and Bilge Water. I used old wine and liquor bottles to serve the root beer and ginger ale to give it that authentic feel.

ACTIVITIES
The kids enjoyed climbing on a giant playset with rope ladders and ship steering wheels. They had swordfighting contests and a cannon ball water balloon battle. When it was time to cool off, they enjoyed using their pirate activity pages.