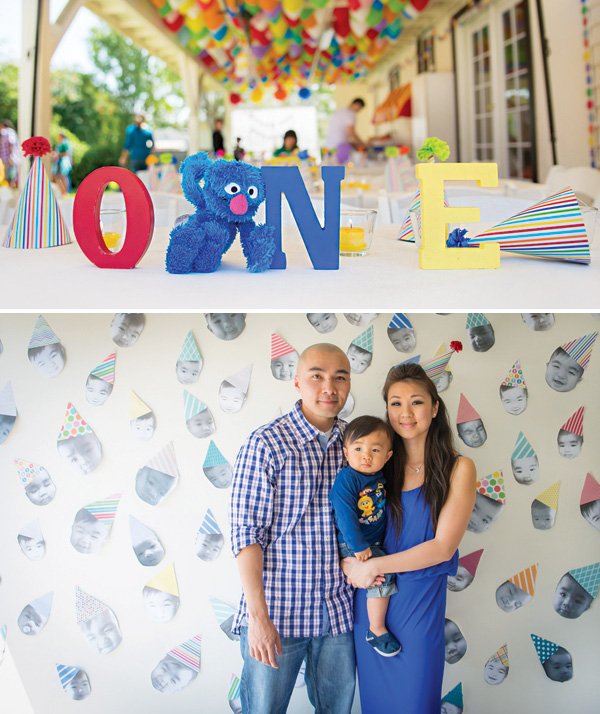 We see a lot of Sesame Street parties, but sometimes I forget how special it is that I got to grow up watching the show, and kids today still love it! Tim and Karen Lee Phan of Makeup by Karen Lee DIYed the heck out of this Backyard Sesame Street First Birthday Party for their little guy Landon’s big day. Every morning, Landon loves to listen to the theme song and see his favorite characters, so mom & dad made sure to include all of them as well as some super adorable details that would work for any kind of birthday party! Head on down to Landon Street to check it all out!

PARTY HIGHLIGHTS to look for: 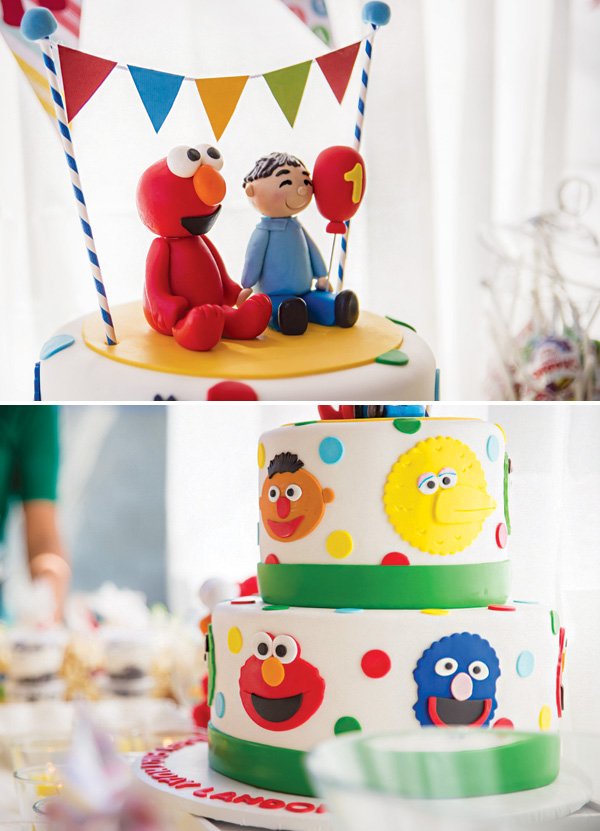 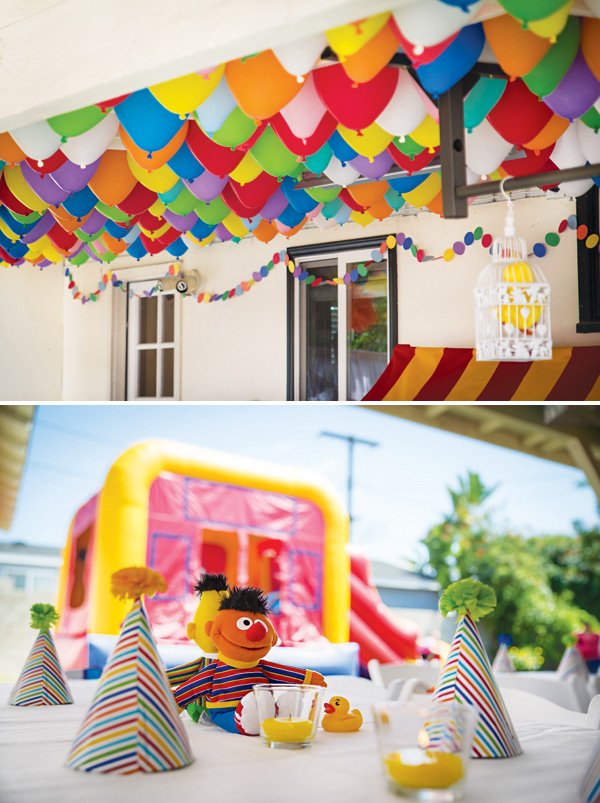 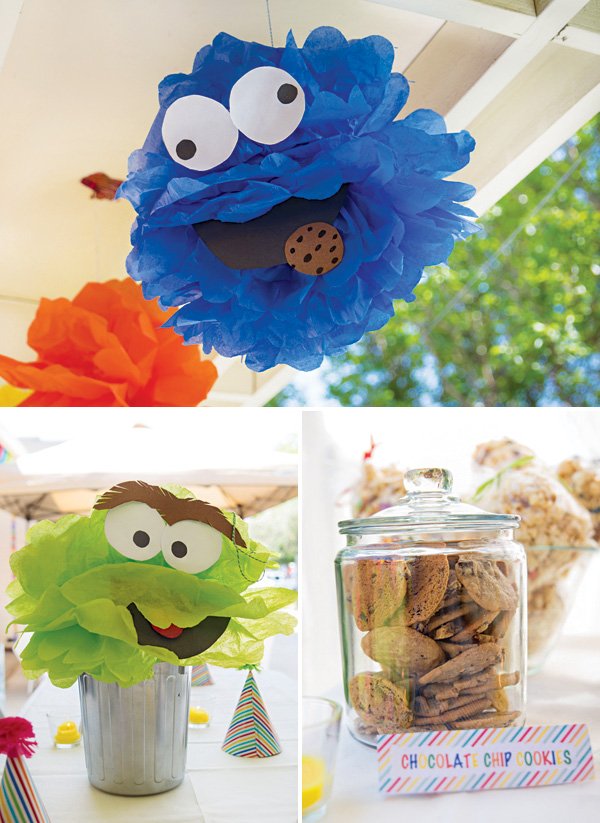 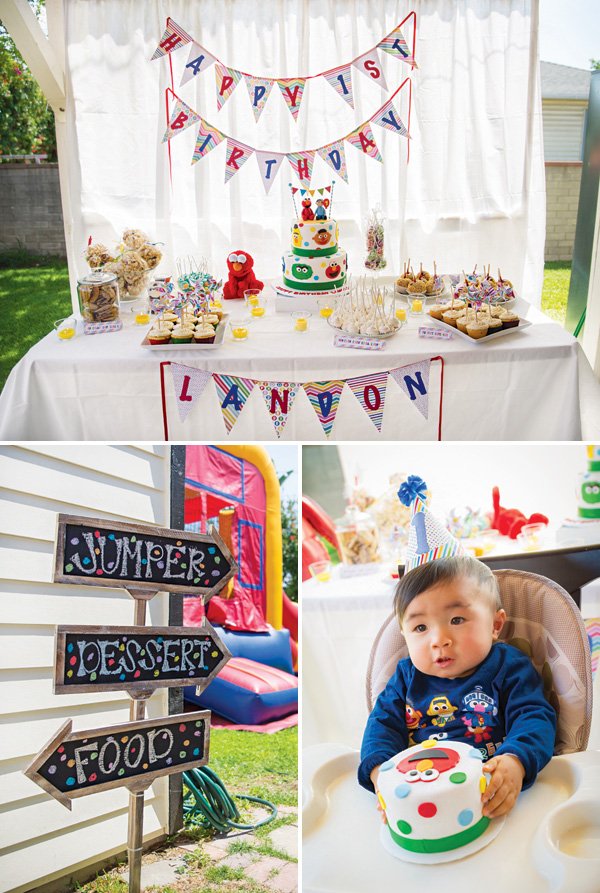 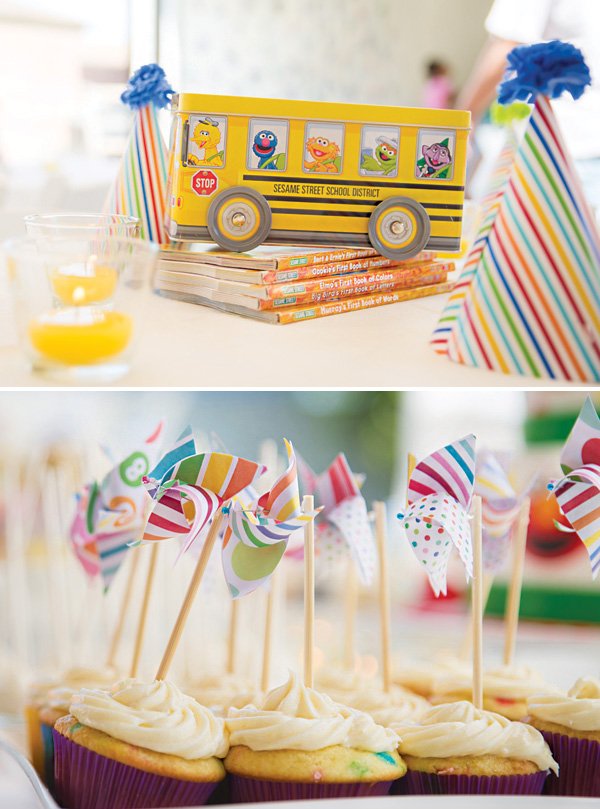 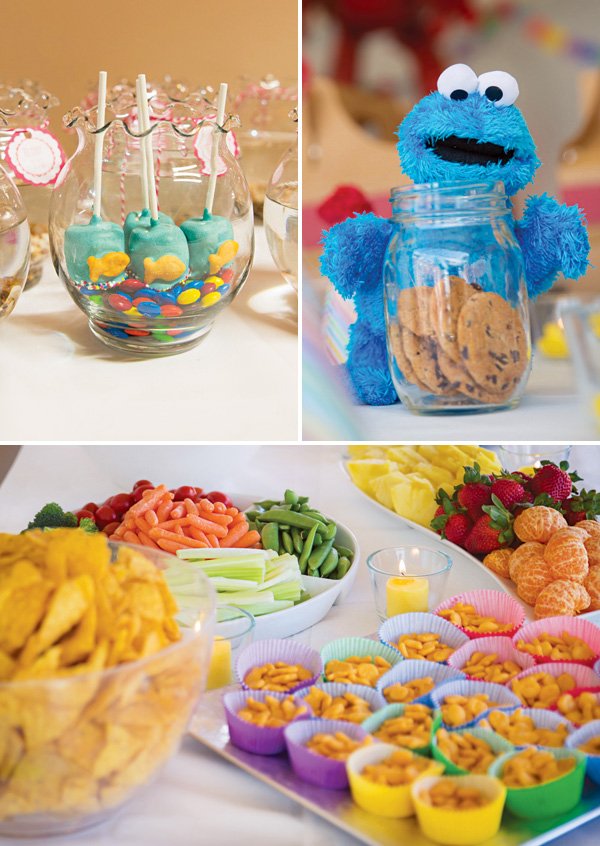 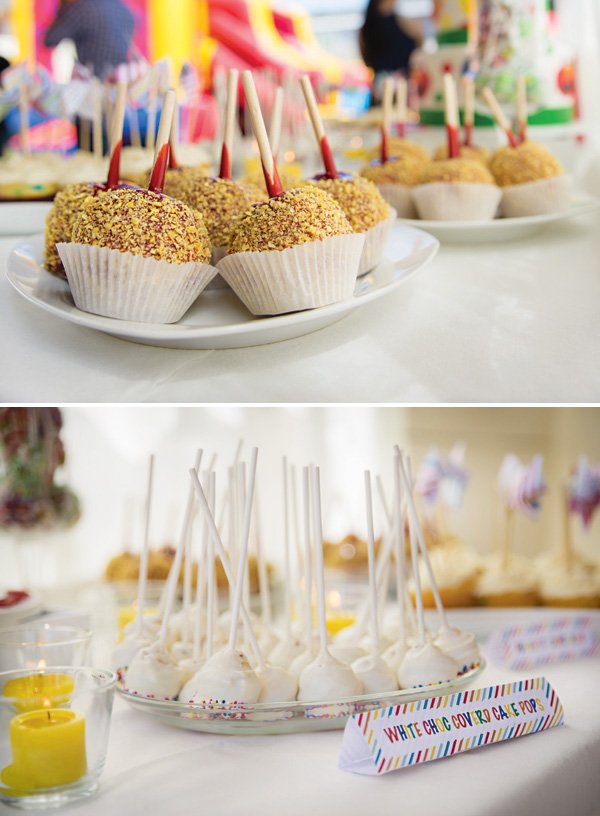 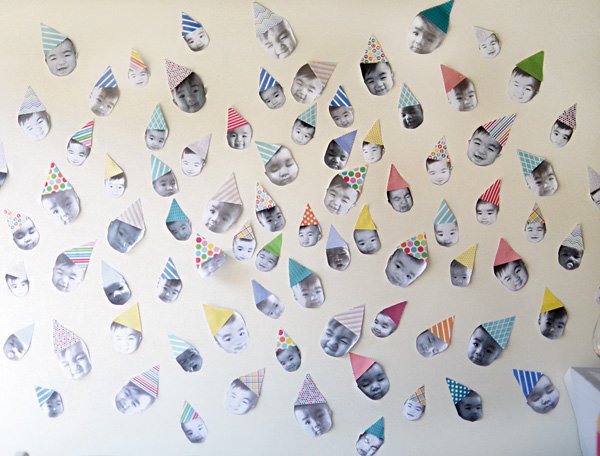 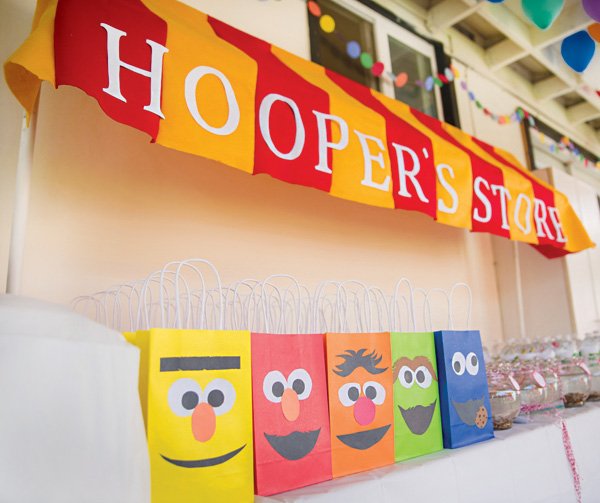 PARTY DETAILS as told by Tim and Karen…

Our son Landon’s first birthday was an event that we wanted to have with our closest friends and family. We wanted to put together a fun and colorful event that utilized a lot of DIY ideas. My wife and I decided on Sesame Street for the theme because our son has been hooked to the TV show since he was just a few months old. The theme song would play every morning and he would stop what he was doing to look at the TV and be taken away by the bright colors and playful, interactive characters. We wanted to make sure that turning one was exciting for him, filled with fun colors, delicious food, and great company.

We wanted to let our guests know where the party was by utilizing the iconic Sesame Street Lamp Post. In our version, we made “Landon Street” out of PVC pipes, a stair case newel, and some wood found at Home Depot. It’s difficult enough to cut wood, but to cut curves in them using a straight handsaw can be a little difficult.

As the guests entered the party, they were greeted with a photo booth where they could take a photo, write a message for Landon, and put their polaroid photo in an album for him to see later. Guests enjoyed a bite froma  local Italian restaurant, Carmines, in Arcadia CA. At the tables, guests were accompanied by Sesame Street inspired centerpieces.

In the patio area, we created a balloon filled ceiling, which took the most time in preparation because it included over 350 balloons that were manually pumped and held up by tape. As we all know, there is a huge shortage on helium and the costs to fill up that many balloons would be outrageous. The patio also housed the main table, appetizer table, and the party favor table.

The main table housed the cake made by Eleana Perez. She did an amazing job by capturing what my wife was imagining in her design. Candy apples, cake pops, cupcakes, cookies, and lollipops filled the main table. The backdrop was made by 1 inch PVC pipes and twin bedsheets to give the sheer effect. My wife handmade the cutouts for his birthday banner using construction and pattern paper.

Hooper’s store was made by 3/4 inch PVC pipes as well along with fabric that we sewed to get the red and yellow pattern. In each goody bag, my wife included candles, Elmo crayons because he loves them so much, snacks (goldfish and rice krispies treats), and some fish food for the goldfish. In addition to the goody bag, we gave away a real goldfish as a party favor. The kids loved it and started claiming their bowls before the party was over.

The majority of the items were made by us because we felt like the designs and available decor was not to our liking. We enjoyed putting together the party and hope that our guests were able to see the details and hard work put into it. My son Landon probably won’t realize the hard work until a few years from now but it’s a memory I can’t wait to talk to him about.