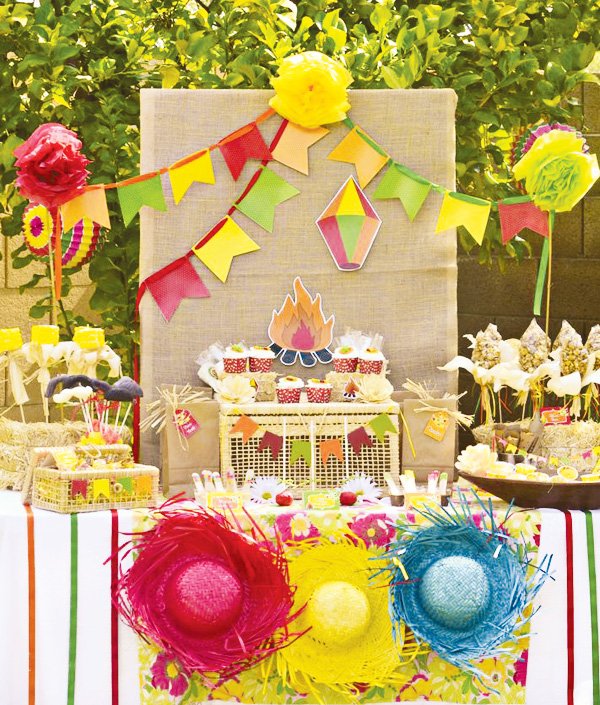 Cris of Crissy’s Crafts values the importance of sharing her Brazilian culture with her children and her party guests too! Her Festa Junina Party has it all… from the bright decor, & the traditional costume wear to the many authentic desserts, she gave this tradition the celebration it deserved! 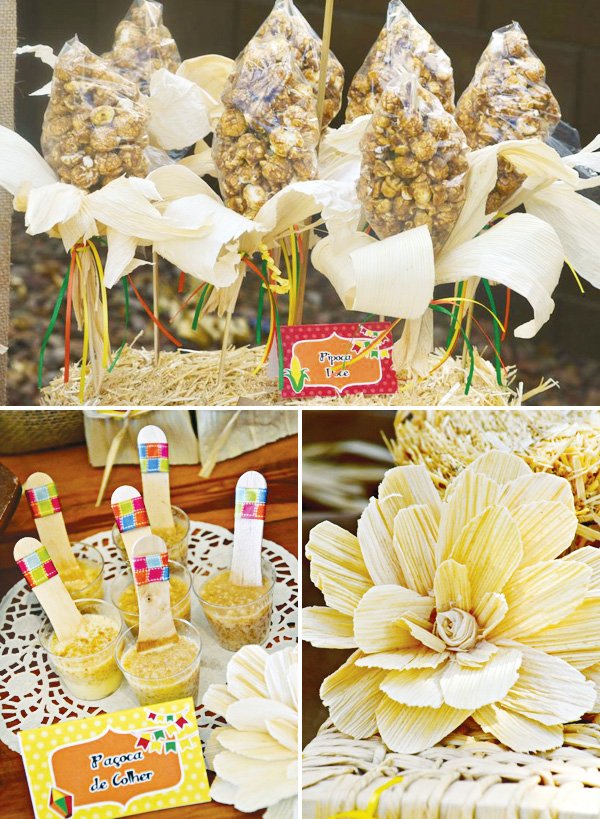 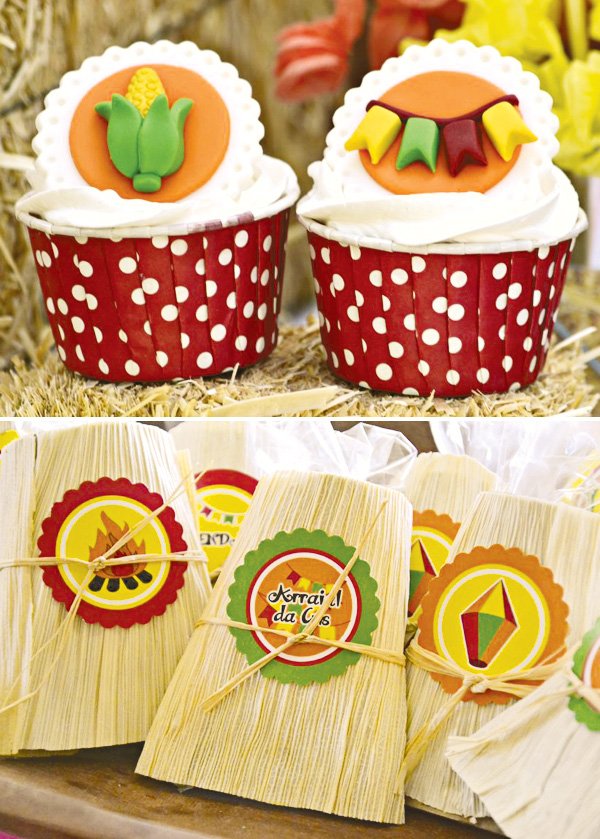 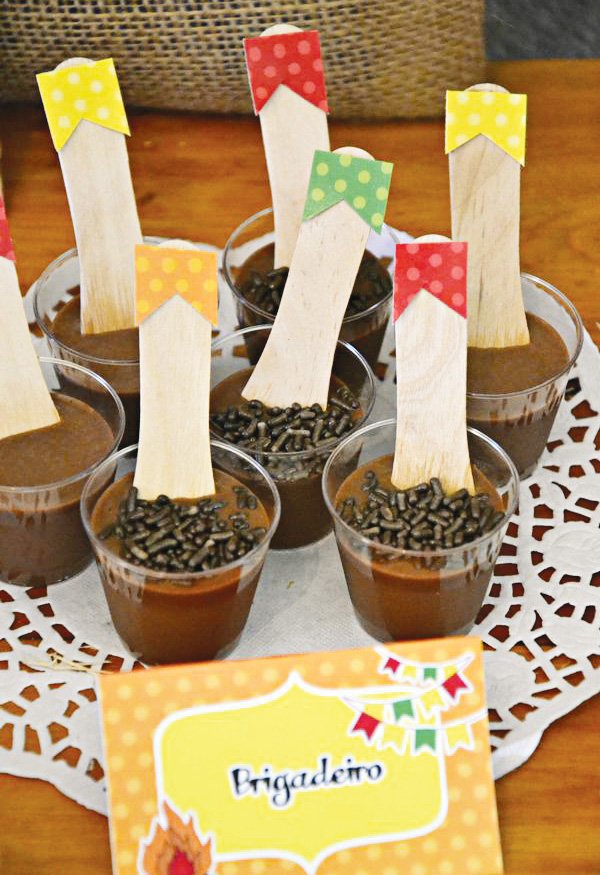 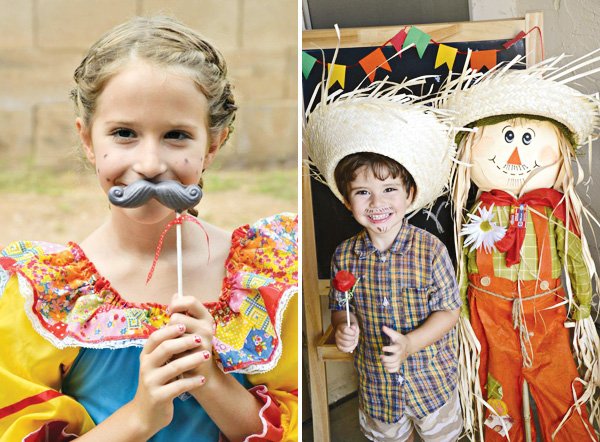 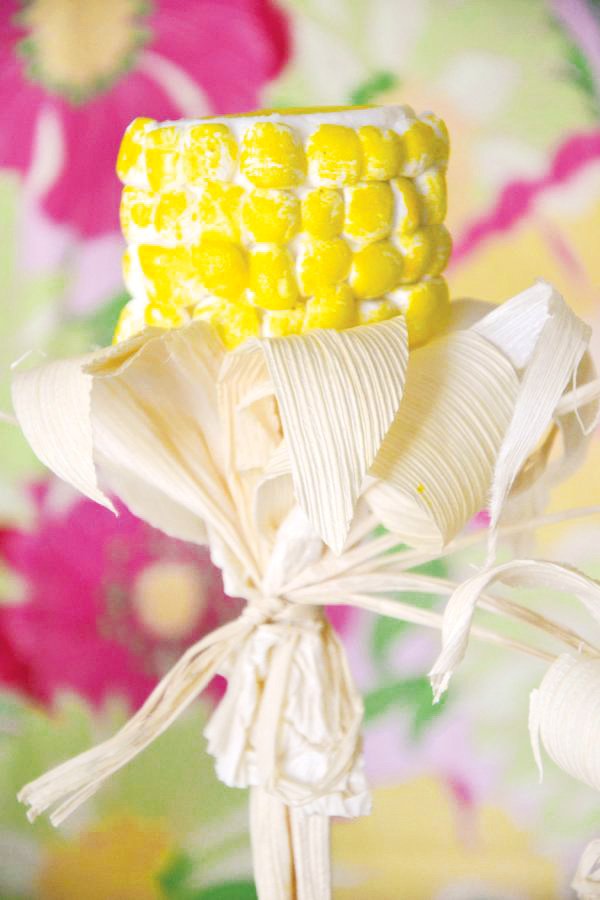 PARTY DETAILS, as told by Crissy…
:

We had a traditional Brazilian party called “Festa Junina” from my native country of Brazil. Whoever has traveled to Brazil during the month of June and July, has already found out that Brazilians celebrate the month with parties that can be even bigger than Carnaval in some cities. Those parties are called Festas Juninas and they celebrate saints Anthony, John and Peter with lots of traditional foods, drinks and a theatrical dance inherited from the French called quadrilha (a type of square dance).

The Celebrations are very colorful, the decor are made of paper lanterns and colorful banners. Men dress up as farm boys with large straw hats and women wear pigtails, freckles, painted gap teeth and red-checkered dresses, all in a loving tribute to the origins of Brazilian country music. Like during Carnival, these festivities involve costume-wearing (in this case, peasant costumes), dancing and fun games for the children.

Since I had my children, I always try to bring Brazilian culture into their lives. It is important to me to have my culture alive and plus I LOVE parties!! :)

The dessert table had some of the traditional Festa Junina food like corn bread, pacoca (peanut butter candy), pe de moleque (dessert made out of peanuts), sweet popcorn,  brigadeiro (chocolate fudge), sweet and salty peanuts to name a few. Corn on the cob is a must at any Festa Junina, instead of real corn, I made marshmallow corn on the cob using jumbo and mini marshmallows. Lynlee’s Petite Cakes made the cupcake toppers to match exactly with the Festa Junina printable that Bird’s Party custom designed especially for the occasion.

Just like a real Festa Junina we had games and prendas (prizes). We played Fishing Game, Musical Chairs, Hit or Miss can game to name a few!

All our guests had a blast and they were able to learn a little bit more about my native country culture.