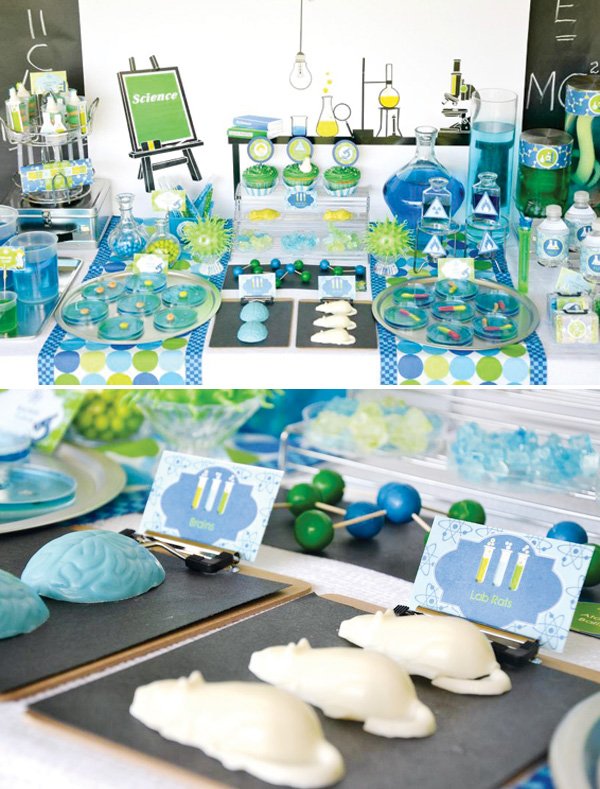 From pint-sized white lab coats, goggles & checkered bow ties to clever periodic table chocolate bar wrappers, Cris of Crissy’s Crafts is absolutely bubbling over with creative Mad Scientist Party Ideas! One look at these pics and the evidence is clear… elements like colored drinks served in beakers, treats inspired by lab equipment, and stylish printables from Bird’s Party are the perfect ingredients for great party chemistry! 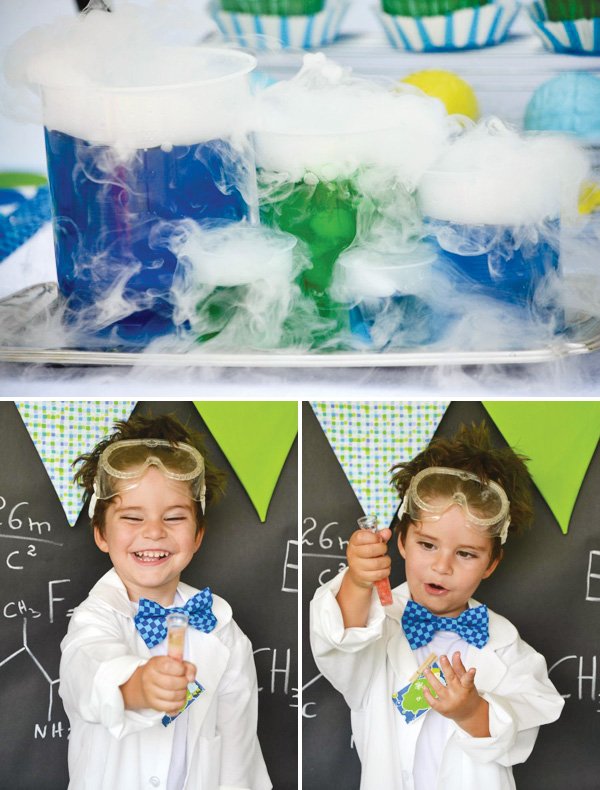 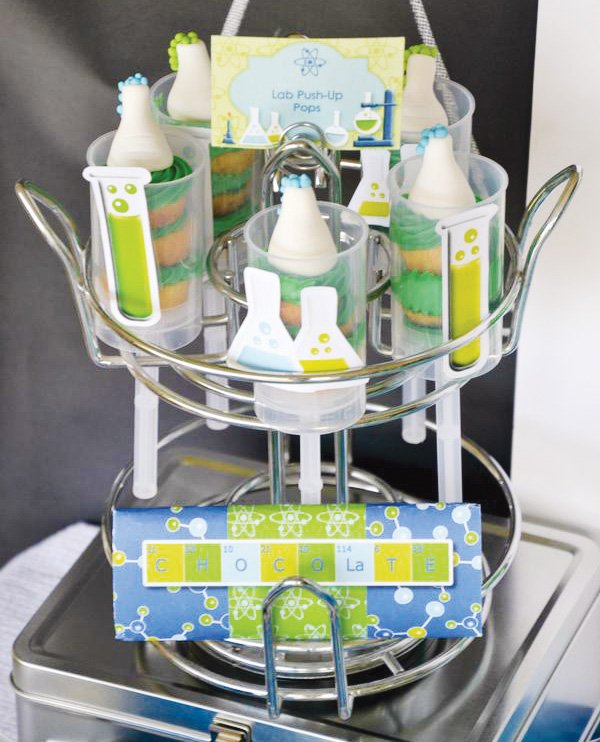 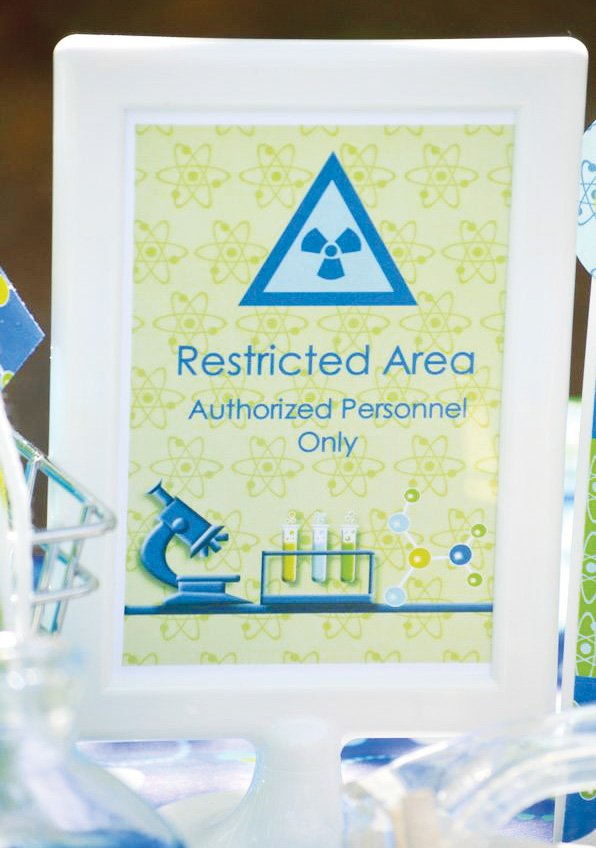 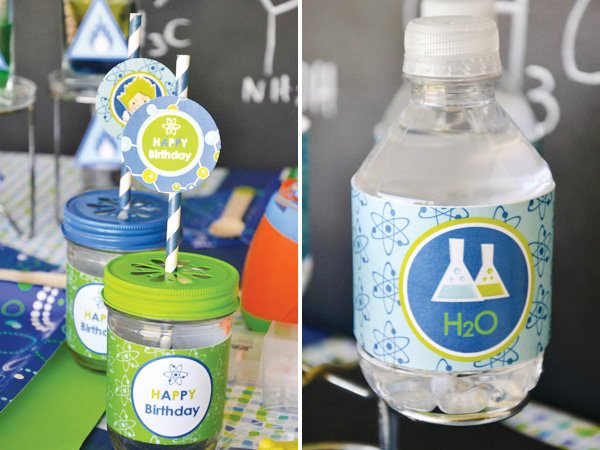 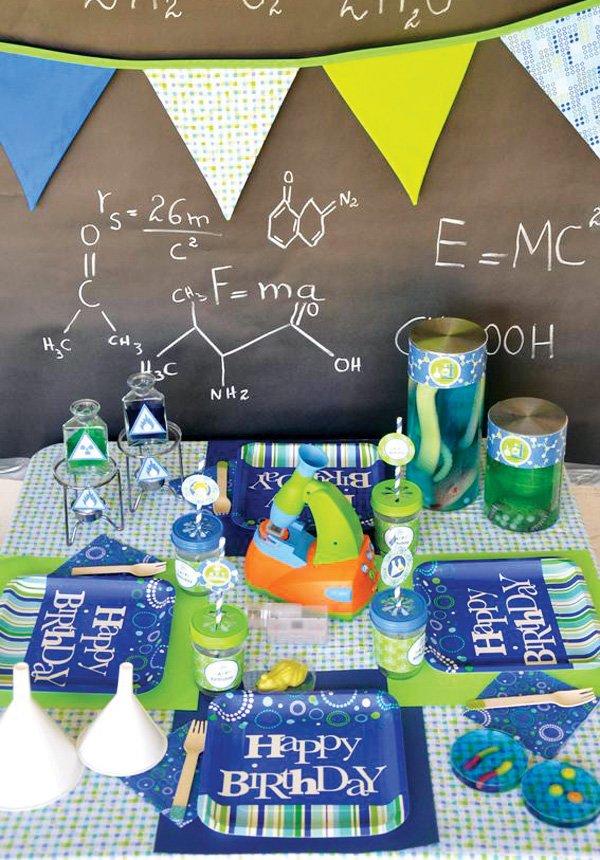 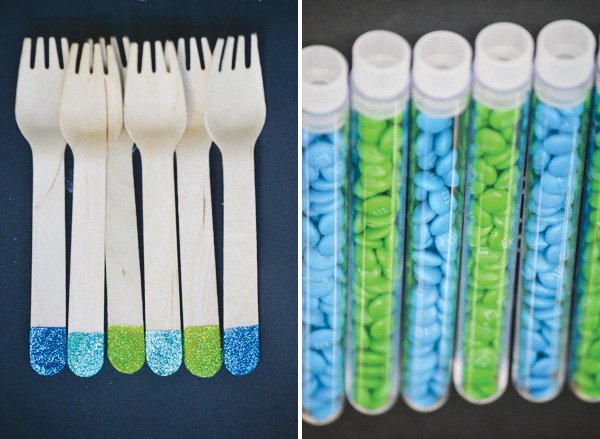 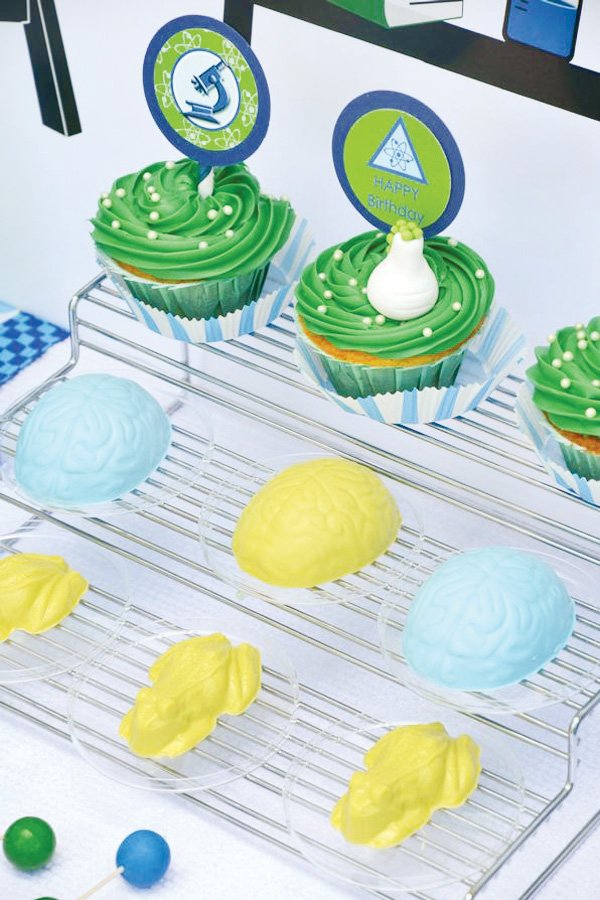 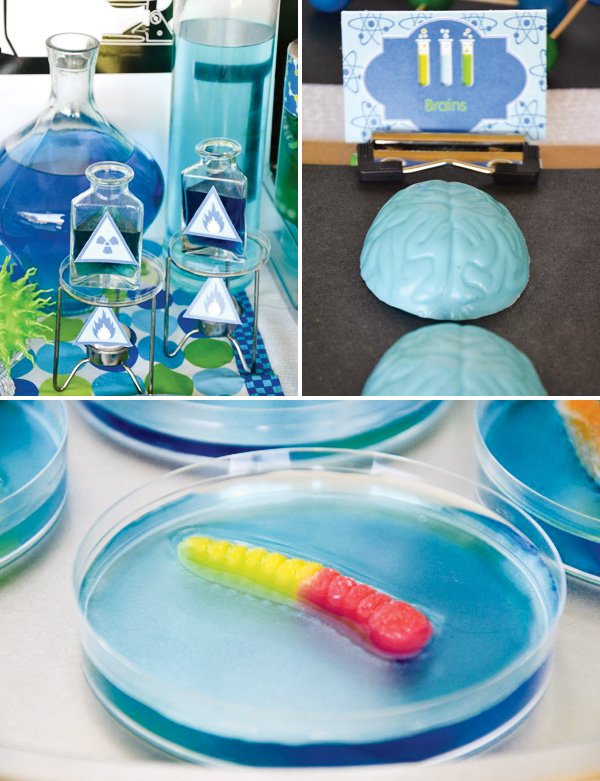 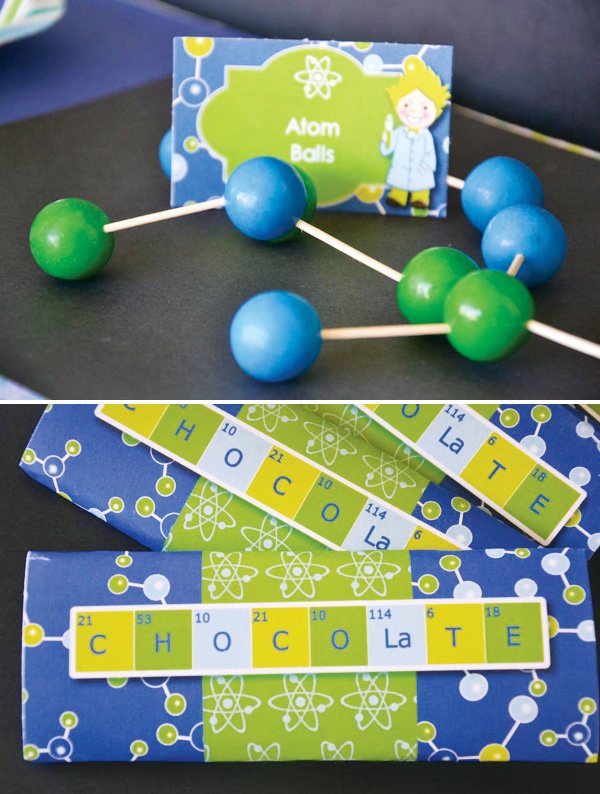 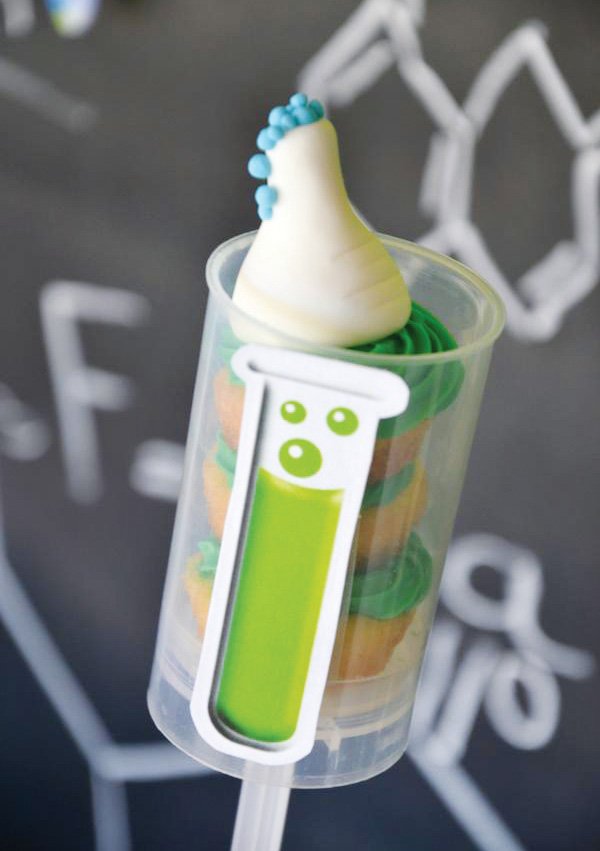 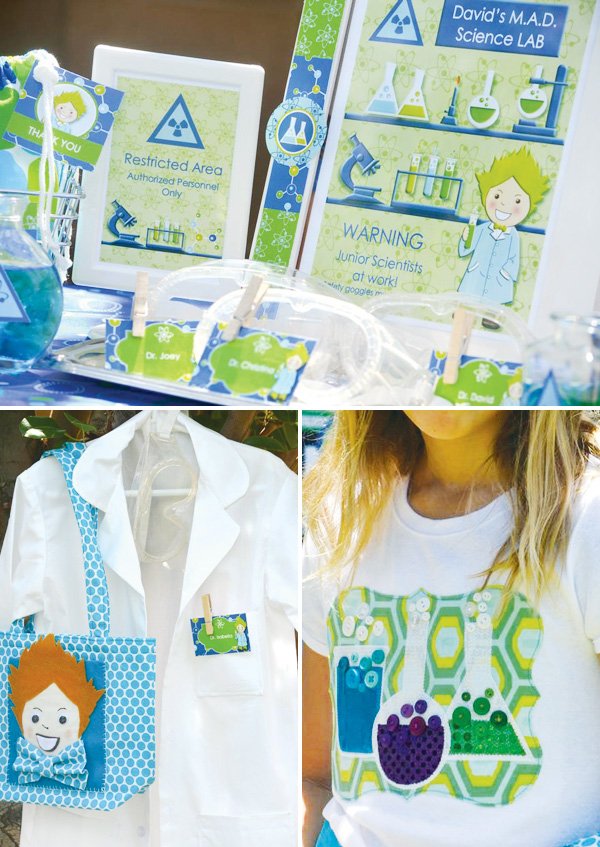 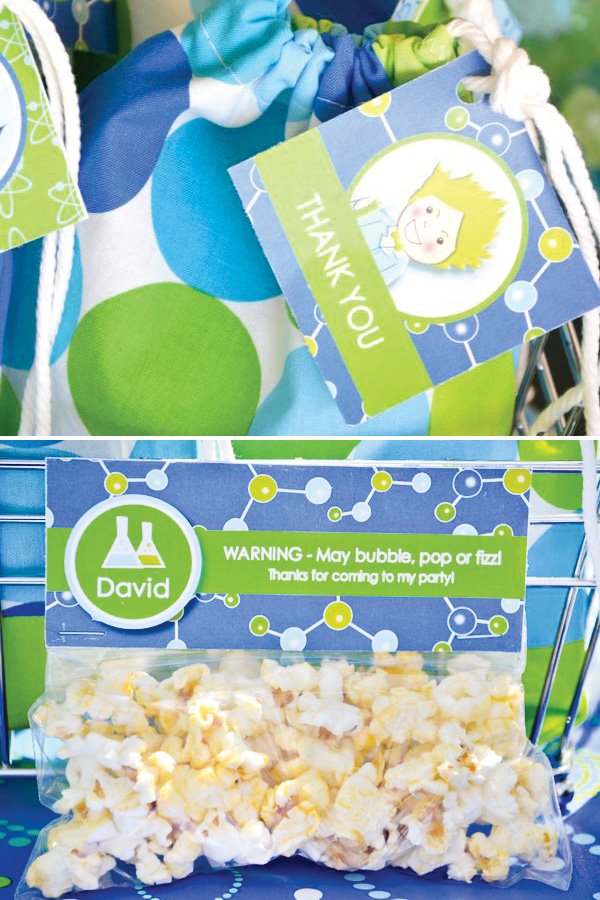 PARTY DETAILS, as told by Cris…

What is a better way to learn about Science than having a Mad Scientist party? Our dessert table was turned into a real lab with edible sweets like atom balls, lab rats, brains, frogs, crystal rock and bacteria culture, to name a few.

The party icons from the Mad Scientist printable collection were used to decorate the push up pops to look like real test tubes, colored water was served in a Beaker set, jello with gummy balls and worms in petri dish and green and blue M&Ms in test tubes were a must to make the edible lab a success.

The science wall decall was used as a backdrop to make the edible lab more realistic.

To add more details to the dessert table, a snake and a giant ant were displayed in glass containers and metal trays were used to display some of the goodies. To add more fun, the children’s table was also styled to resemble a lab. A microscope, funnels and beakers were added to the table along with coordinating partyware.

Some of our mad scientist projects were Lava Lamp, Glitter Green Slime and Crystal Bubbles.

The party favors were Mad Scientist totes for the girls and fabric string bags for the boys filled with pop rock magic potion, bubbles in test tubes and glow in the dark bouncy balls.

It was a MAD FUN party!