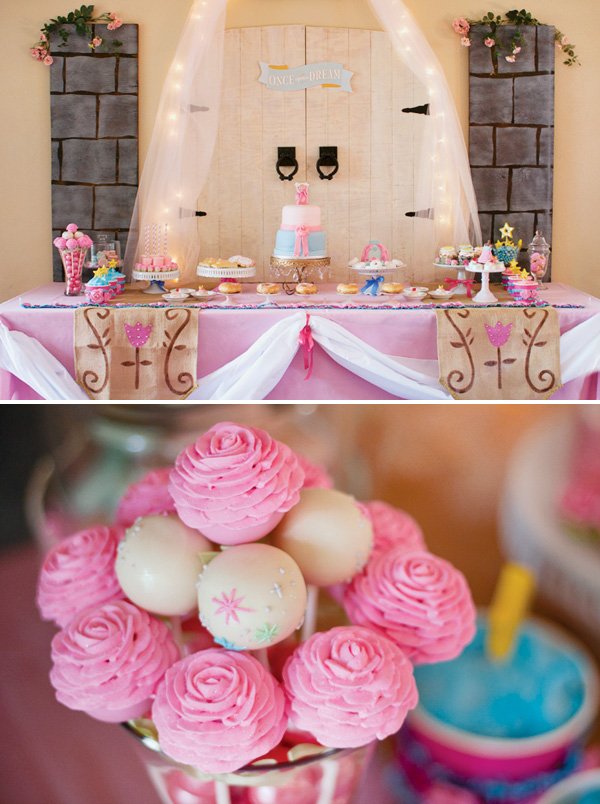 Make it pink, make it blue… or just make it both! With a little help from the fairy godmothers, Suzanne of Fanciful Events beautifully styled this Magical Sleeping Beauty Party! The creative castle inspired backdrops, paper stained glass windows and sweet “Briar Rose” inspired treats have this enchanting celebration fit to grace the fairest princess! 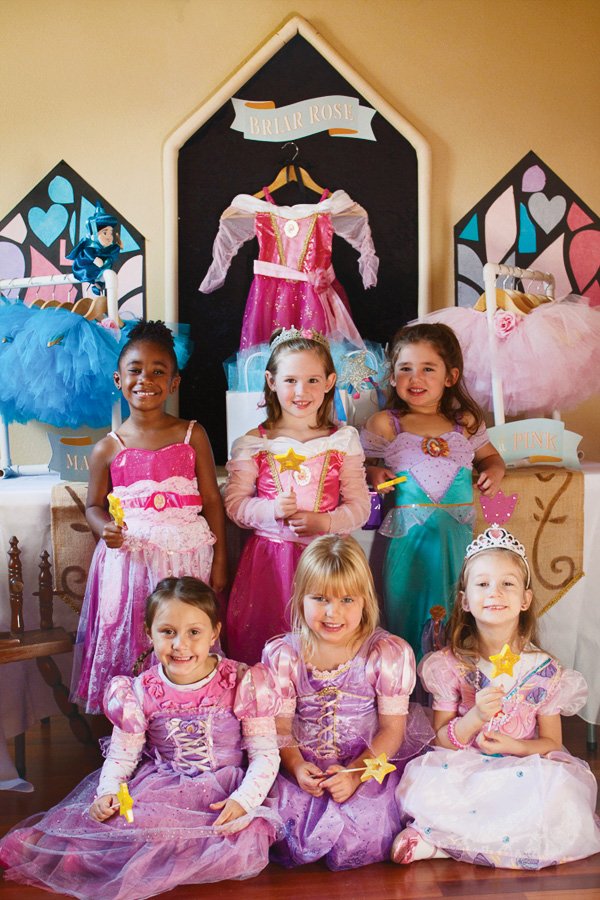 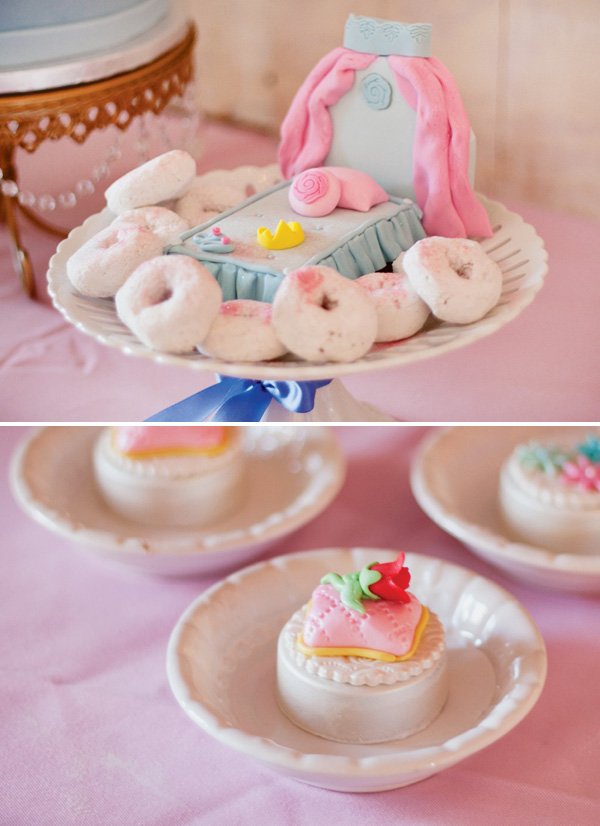 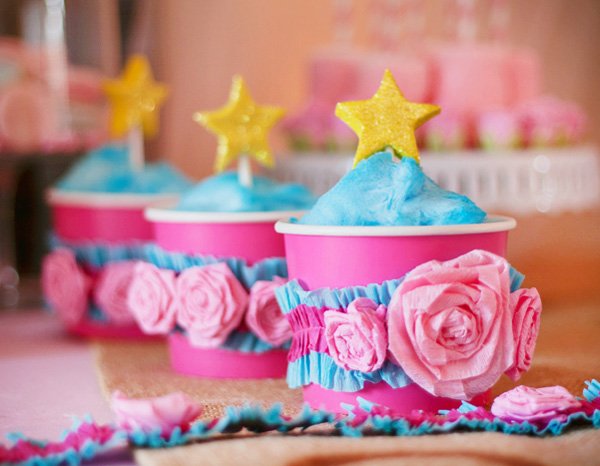 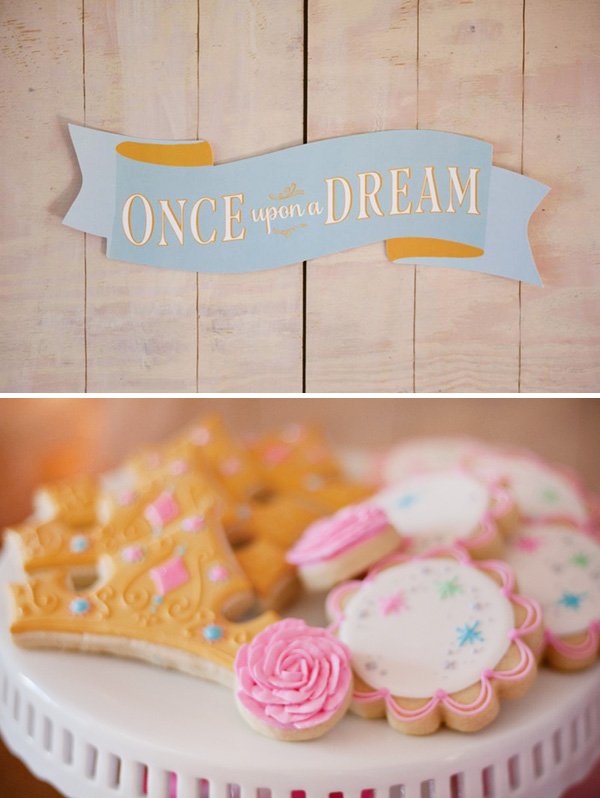 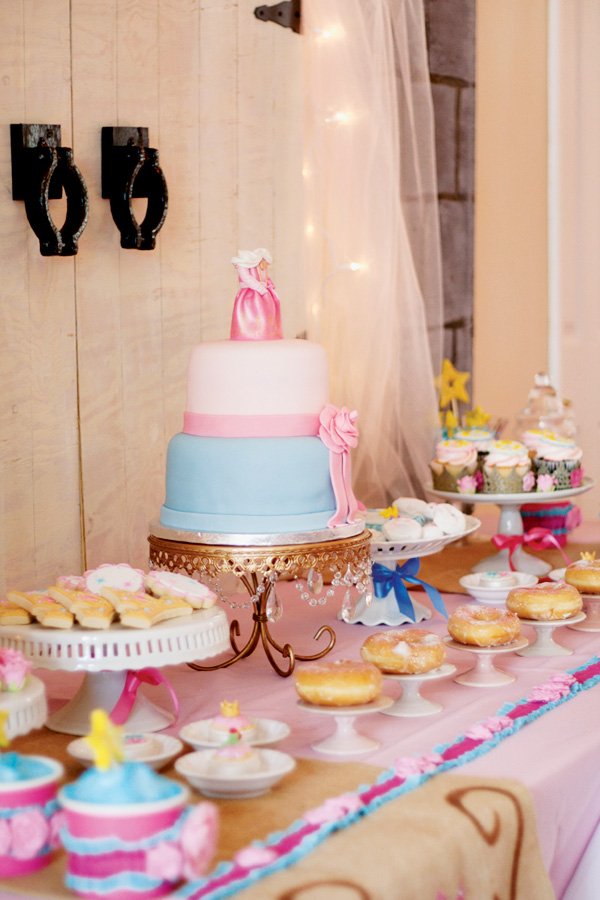 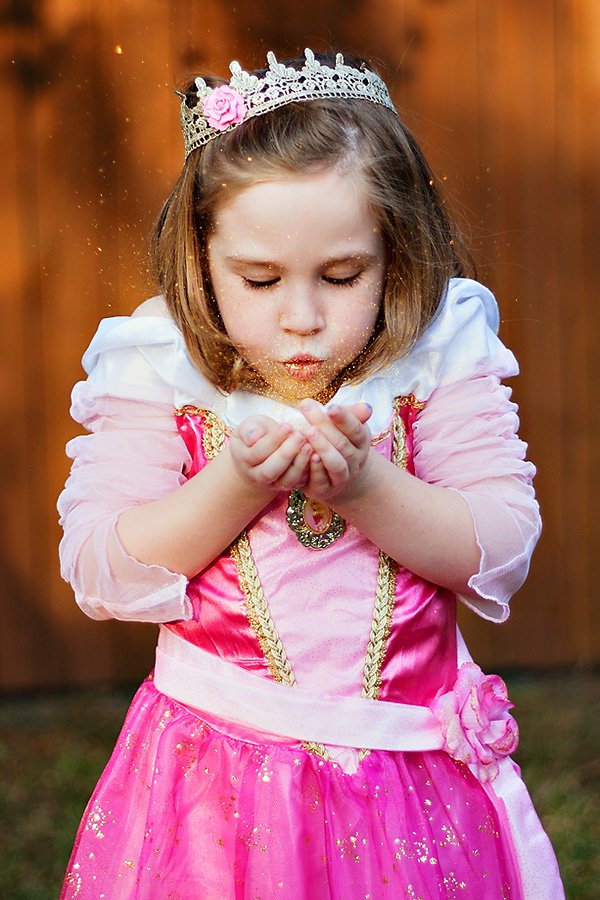 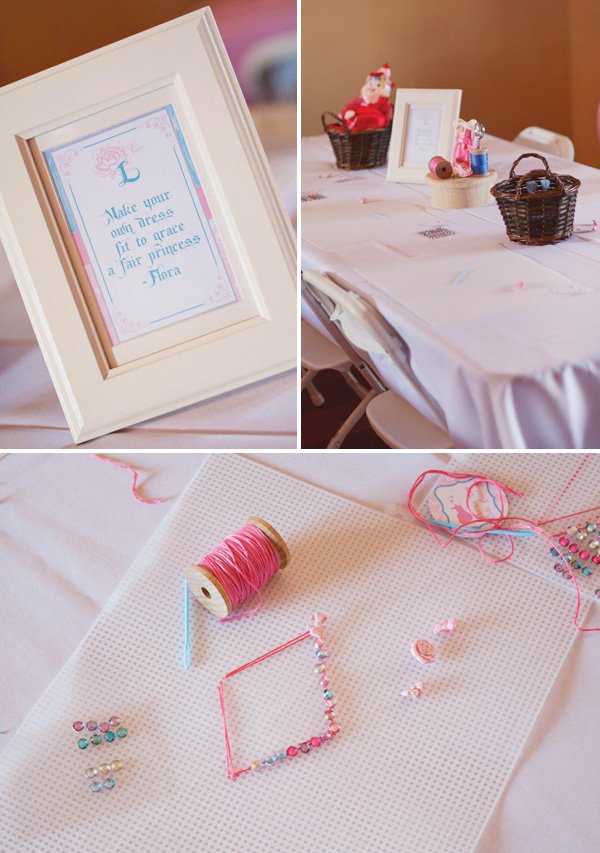 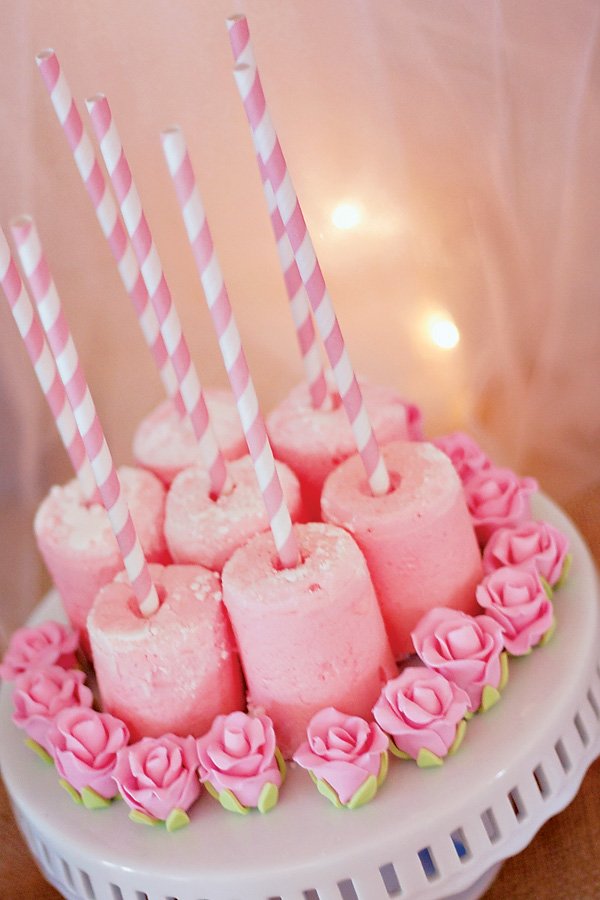 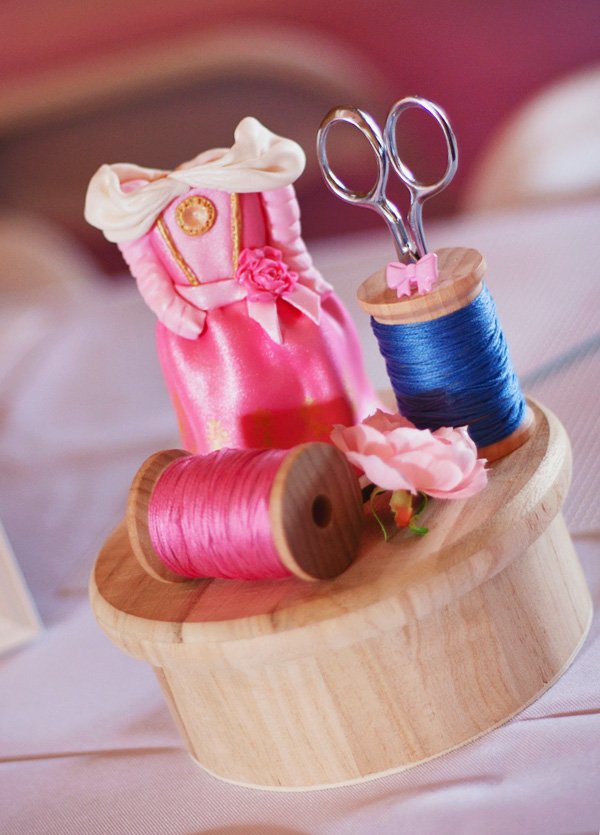 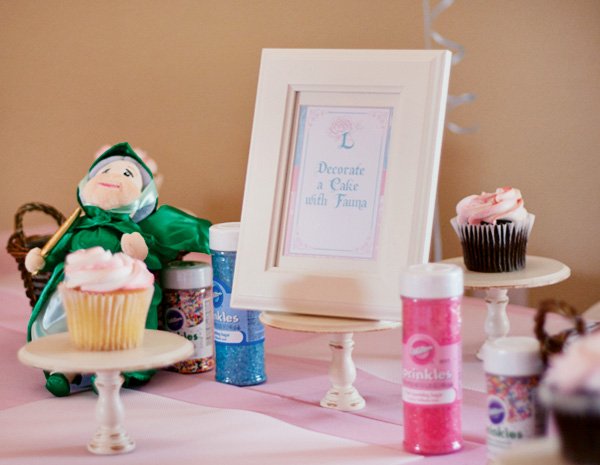 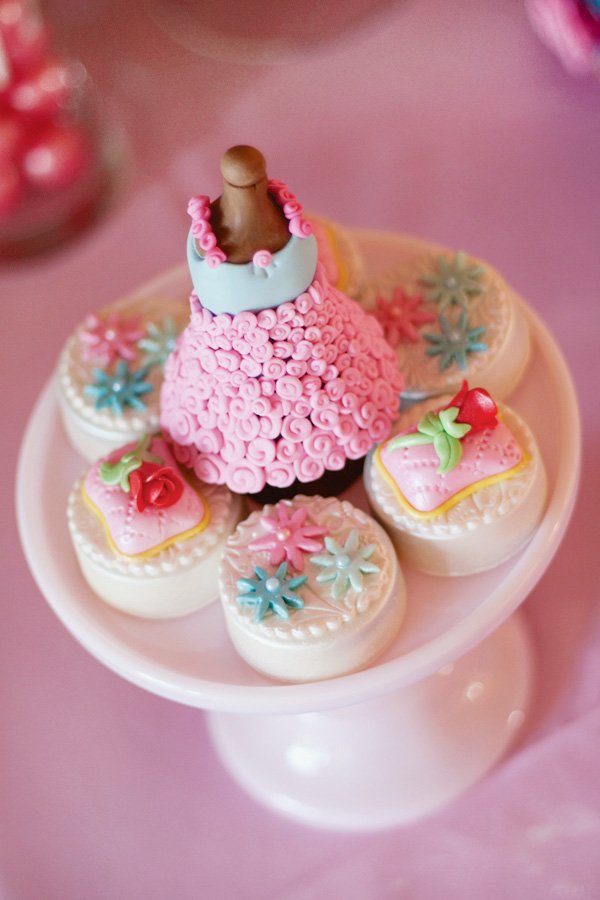 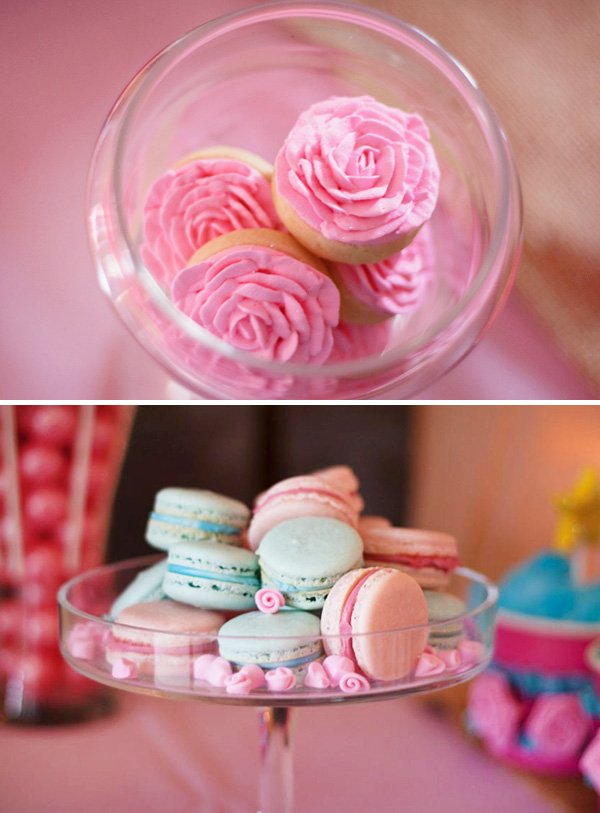 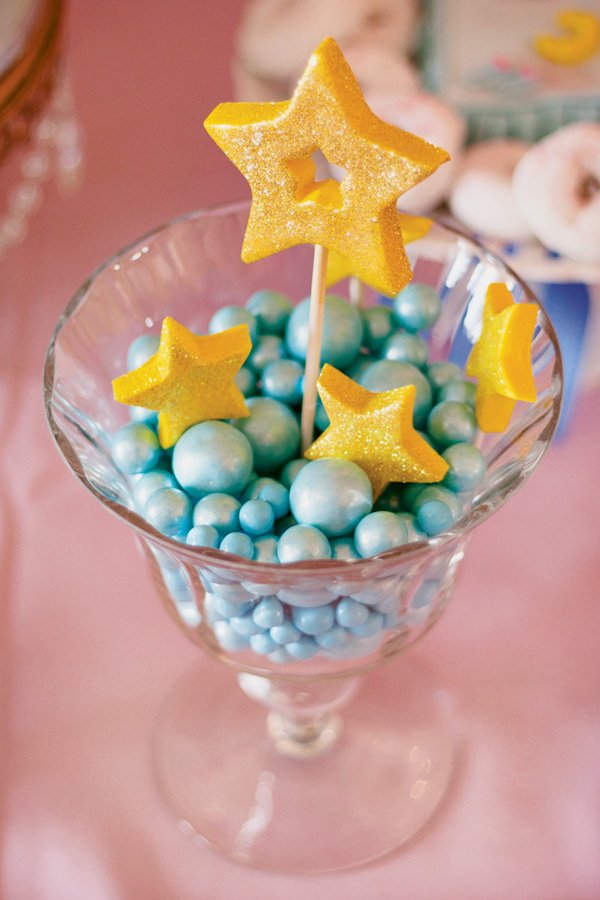 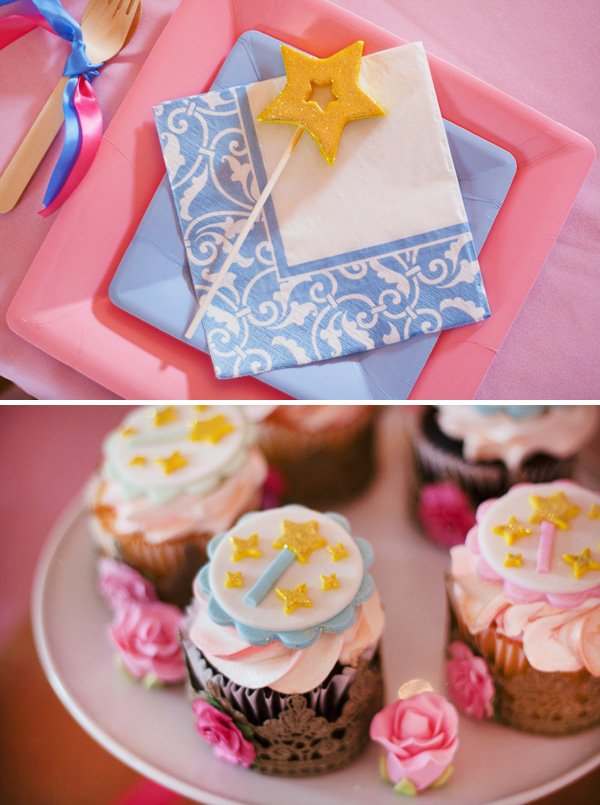 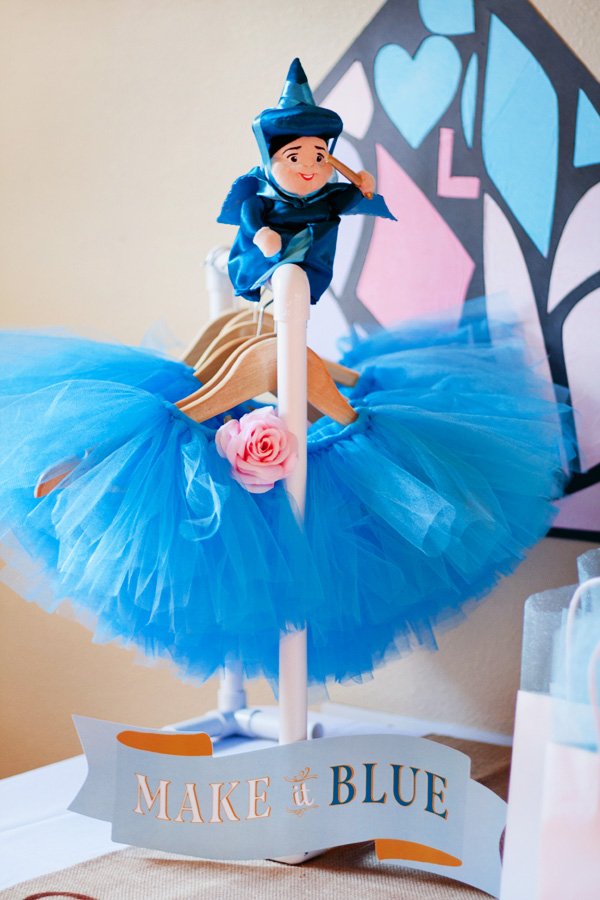 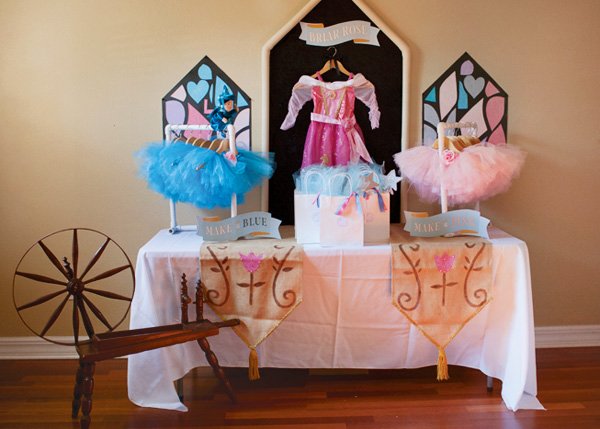 
I picked Sleeping Beauty because my daughter started liking her and I noticed no one had really done a Sleeping Beauty the way I was thinking about doing it and I just ran with this theme! I decided to base this theme around Sleeping Beauty aka Briar Rose when she is living in the woods with the three Fairy Godmothers. It’s her 16th birthday and the fairies make her a cake and her the dress that she is known for and also wanted to incorporate the famous “Make it Pink and Make it Blue” fight between two of the fairies.


I decided to do a rustic/royal feel to this theme and decided to have two backdrops that would capture and encompass that feel to the dessert table and the party favor table. I decided that the dessert table should have the rustic feel to it with castle doors and pillars behind it and we made the party favor table to be royal-like and whimsical. I also decided to play up the rose in this theme since she is known as Briar Rose and also it plays a big part in this story. The dessert table had many sweets that were rose-themed and we also incorporated the famous dress and a sweet bed that would represent Sleeping Beauty. The dessert ranged from, rose themed cookies, sweet marshmallows, sparkly and fairy like donuts, briar rose chocolate covered Oreos, cotton candy,rose and pixie cake pops, macaroons in make it pink, make it blue, and a beautiful cake that captured Sleeping Beauty’s theme.


Because of the direction I decided to go with this theme, I had two activity tables that were based off of the cake decorating and sewing. We had a “Cupcake” decorating table and a “Make your own dress” sewing craft table for the girls. we made a sign for the sewing dress table that said ” Make your own dress fit to grace a fair Princess” and it was signed by Flora, since that’s what she says when she is about to make the dress for Briar Rose.


The Party favor table was set to mimic the “make it pink, make it blue” fight between the Fairy Godmother’s Flora and Merryweather and also had a royal feel to it as well as a spindle to represent what put Sleeping Beauty to sleep from Maleficent.

This party theme was so fun to put together and to bring it to life! I loved how this party turned out! It was truly something special and so magical at the same time! It really set the tone for a true Royal and Magical Princess party!