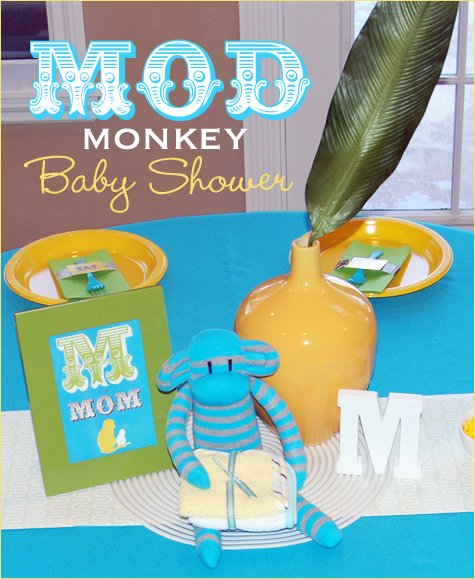 These pics are from a Mod Monkey Baby baby shower that I co-hosted for my friend this past weekend. I was in charge of the decor & desserts (my 2 favorite parts!), and you might remember this post where I asked for your help deciding on the shower theme.

Well, Mod Monkey won out…and it actually worked out really well because the baby’s name is Max, so it was also easy to play up the “M” factor in Max, Monkey, and Mom as a key element in the decor.

I’m splitting the recap of this shower up into a few posts or else this one would be a mile long… so to start out, here’s a rundown of the tabletop designs: 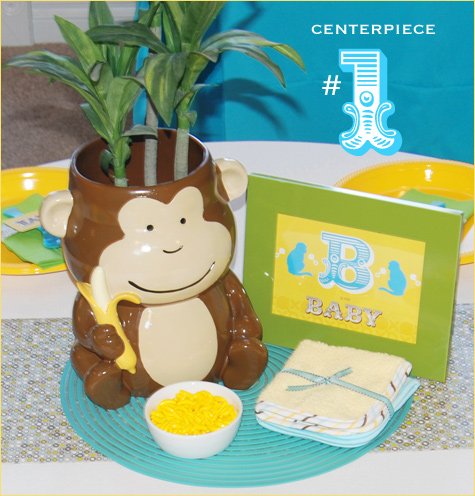 There were 3 different tables and the centerpieces all coordinated, but were a little different from each other. All of them featured a round placemat from Crate & Barrel (purchased earlier this year for a different party), a baby item (wash cloths or burp cloths) and framed custom signs I designed to match the party’s colors and monkey theme.

Centerpiece #1 also featured a (never used!) Circo Monkey Waste Basket from Target, which served as an adorable container for an artificial plant from my bedroom, and a small bowl of Banana Runts purchased in bulk from the Sweet Factory website. 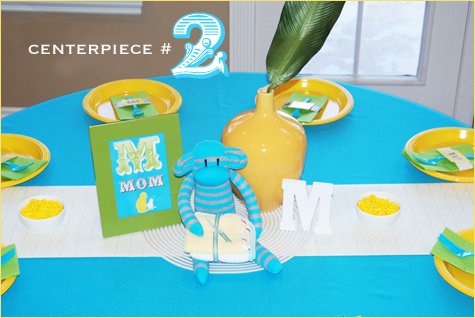 The focal point of Centerpiece #2 was a ridiculously cute, mod striped Sock Monkey purchased on Etsy. This little guy actually served as inspiration for the entire party theme!

They yellow vase is from IKEA. It was originally purchased last year for this Momma Bird baby shower. (The faux ti leaves are also from of my regular home accesories, but you can purchase them at Michaels.) 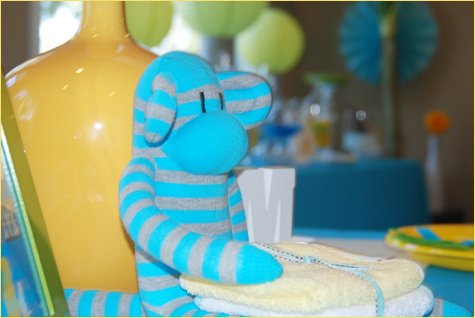 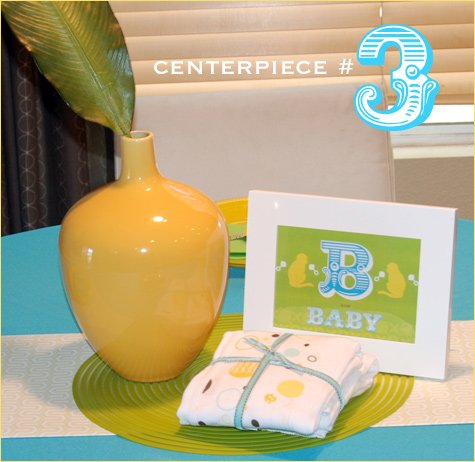 I kept the place settings super simple but colorful….plastic yellow plates from Party City, lime green napkins, turquoise forks, and napkin rings made from strips of 3 different kinds of gift wrap by Elum: Driftwood, Interlock, and Dots. The same gift wrap also used to create table runners and featured in other elements of the party. 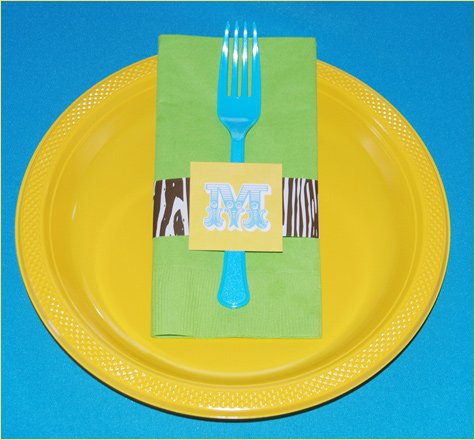 The napkin rings also featured a big “M” as the embellishment, which tied into the rest of the custom signage. I was able to fit 16 of them up on an 8.5 x 11 sheet, and printed them at Kinkos along with the rest of the signs. 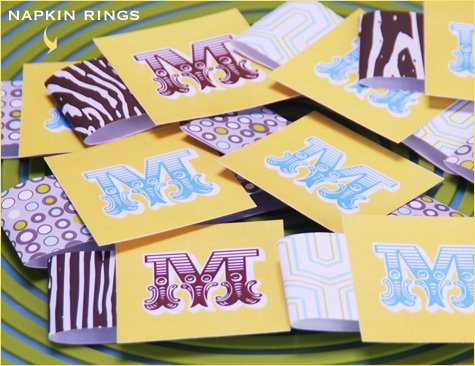 (I’ll make pdfs of the general custom signs and (that don’t feature Max’s name) napkin ring embellishments available for download in another post so that you guys can print them for your own parties if you want to use this theme.) 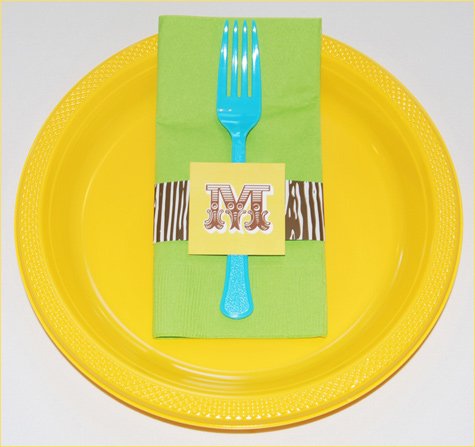 The Banana Runts really helped to play up the monkey theme and added a bright punch of color. They were also featured in the shower’s candy buffet, which I’ll go into much more detail about in posts 2 & 3… stay tuned! {You can also check out all the pics in the facebook album.} 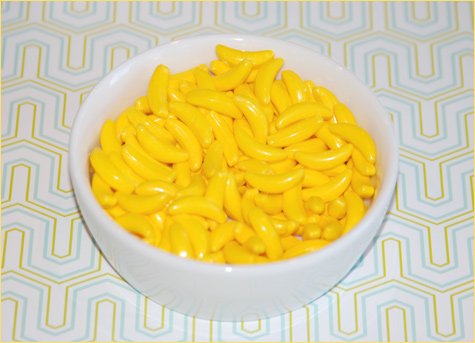