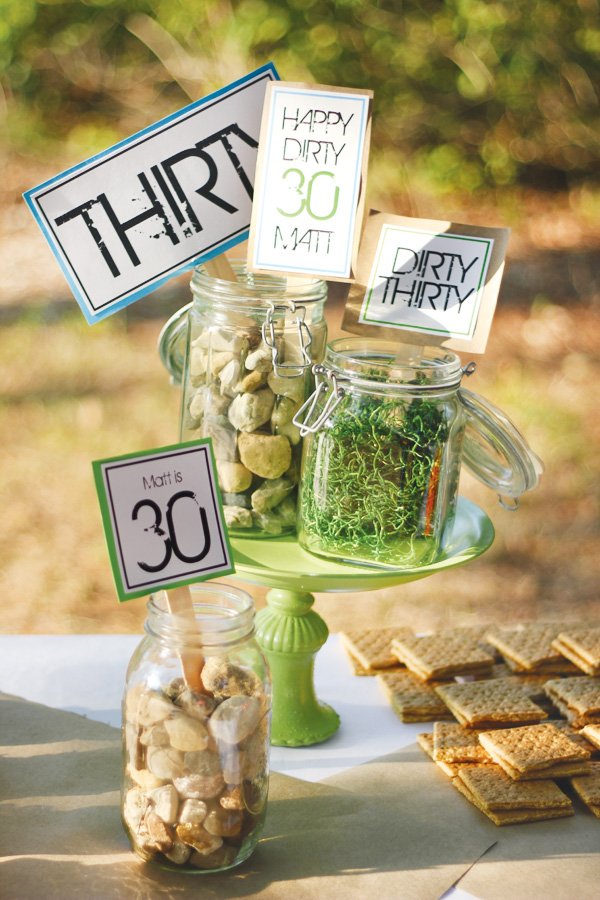 What do you get when you cross a milestone 30th birthday with a manly camping outing? DIRT of course! Amy of Occassions By Amy put a modern spin on this “Dirty Thirty” Camping Party with bold black & white stripes, colorful paper pendant bunting and mouthwatering camping style grub! 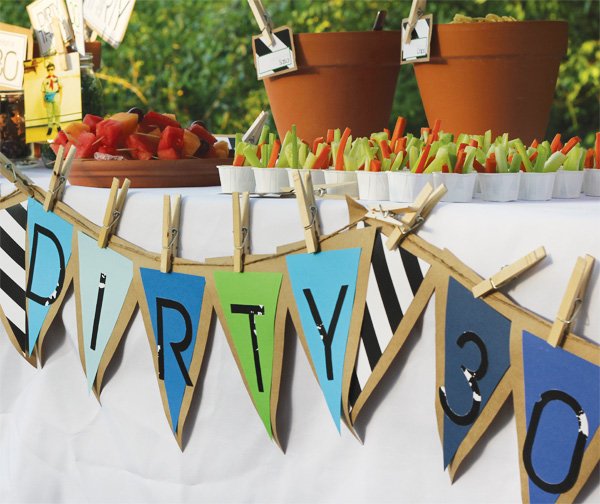 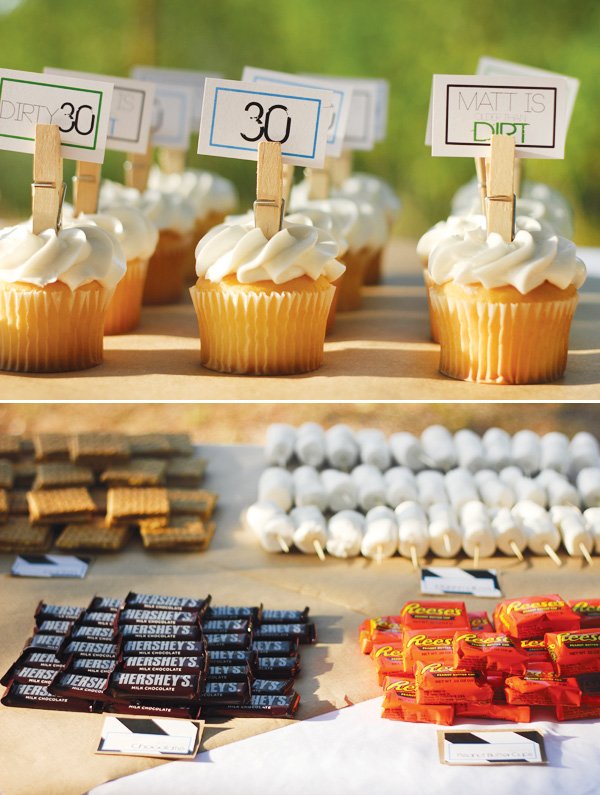 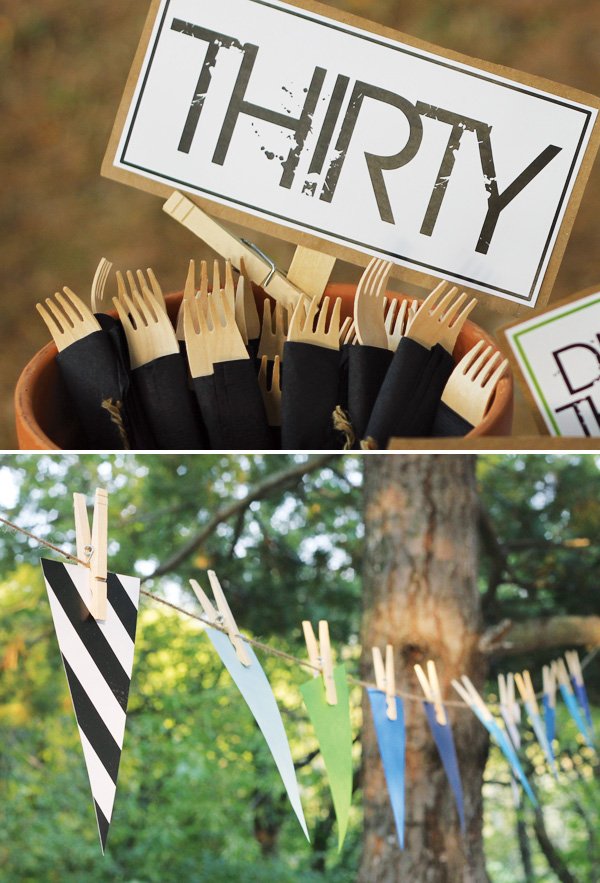 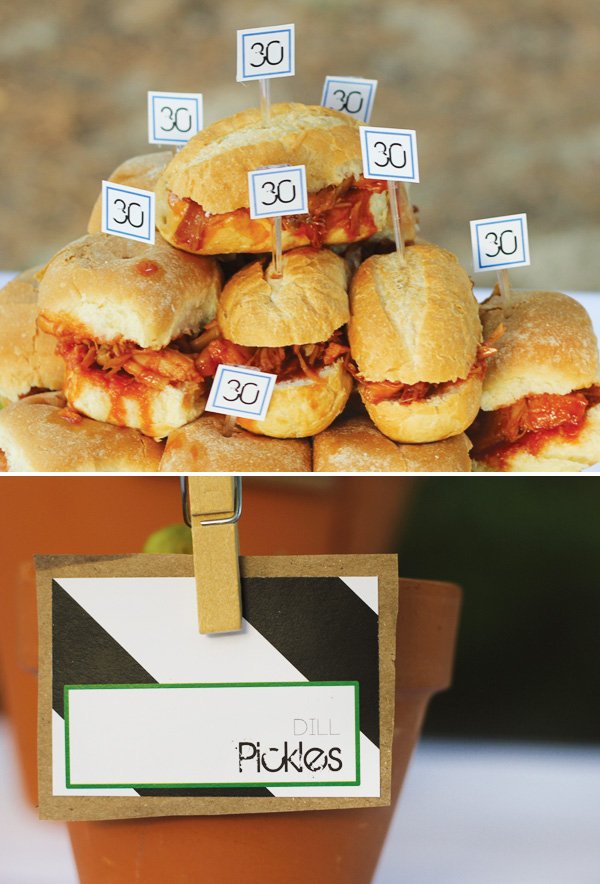 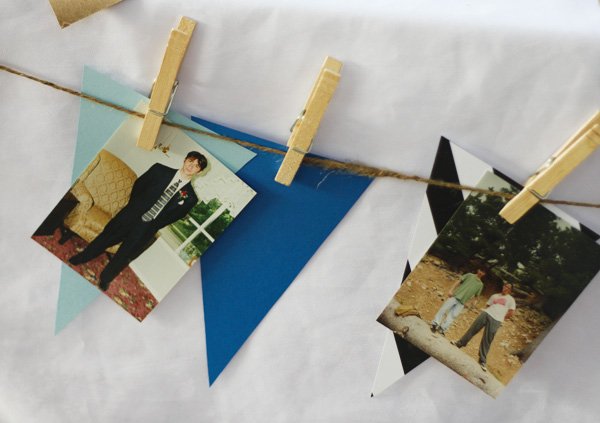 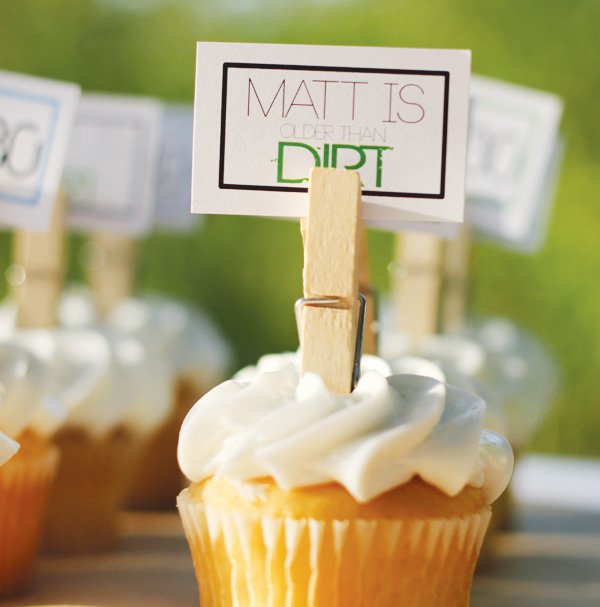 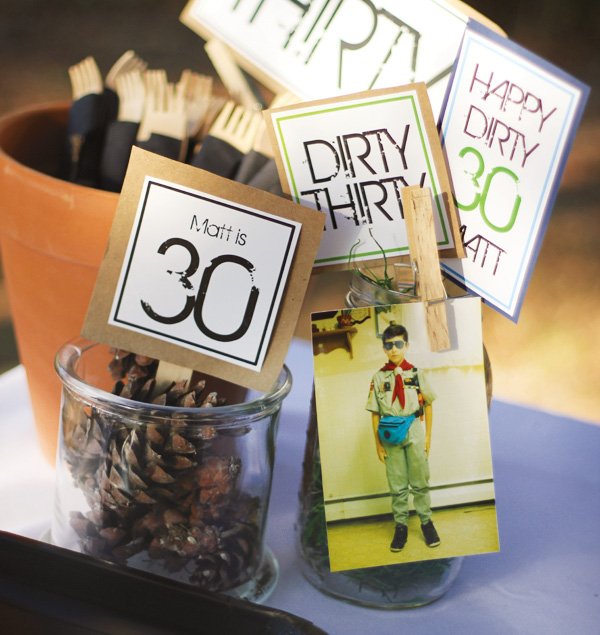 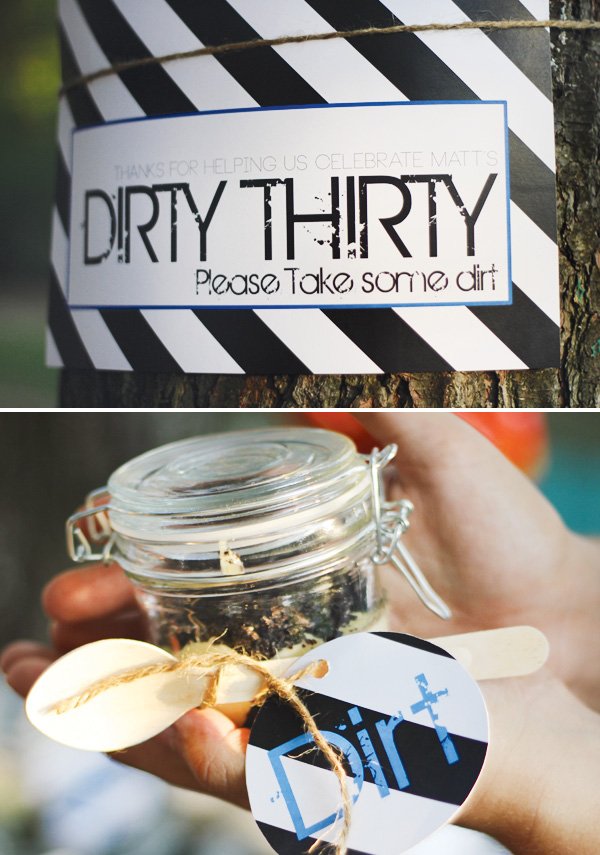 My husband turned 30 this past weekend and as it was approaching I knew I wanted to do something extra special (since he gave me such a hard time when I turned 30!). After thinking through things he enjoys and shifting through which would be best as a theme for his party, I settled on “Dirty 30”. I incorporated this by renting a nearby campsite for our venue, which was PERFECT! I also invited friends to stay and camp with us after the party. My husband was excited to get to camp and really liked the idea.

Since we are not “rustic” sort of people, I wanted to use the “dirty” theme but with a modern twist to make it more him. I did this by creating a simple black and white stripe pattern that I used for the invites, pennants, signs, and food tents. Along with the black and white, I used kraft paper, different shades of blue (his favorite color), and a touch of green. Because I would not be at the campsite until the day of the event, I needed to come up with decorations that the length could be easily added to. I decided to create simple pennants and attach them to twine with clothes pins. For the front of the food table I made a banner that said “Happy Dirty 30 Matt!” using the same pennants but backed them with kraft paper. For the front of the dessert table I used the pennant banner but added some pictures of my husband growing up.

As table decor I used different mason jars and filled them with rocks, moss and other things “dirty”. I made signs saying “Dirty 30”, and similar things and attached them to popsicle sticks to stick in the jars. I also added more pictures here and there. I used simple clay pots as food trays. For the food tents I created a label, backed it with kraft paper, and attached them with clothes pins. I also used clothes pins to hold the cupcake toppers. For the party favor I made edible dirt dessert and put it in small glass jars. Using twine I attached wooden spoons and a sign that said “Dirt” on one side and “Thanks for celebrating Matt’s Dirty 30 with us!” on the other. We had perfect weather and it was so much fun to create this event for someone I love!