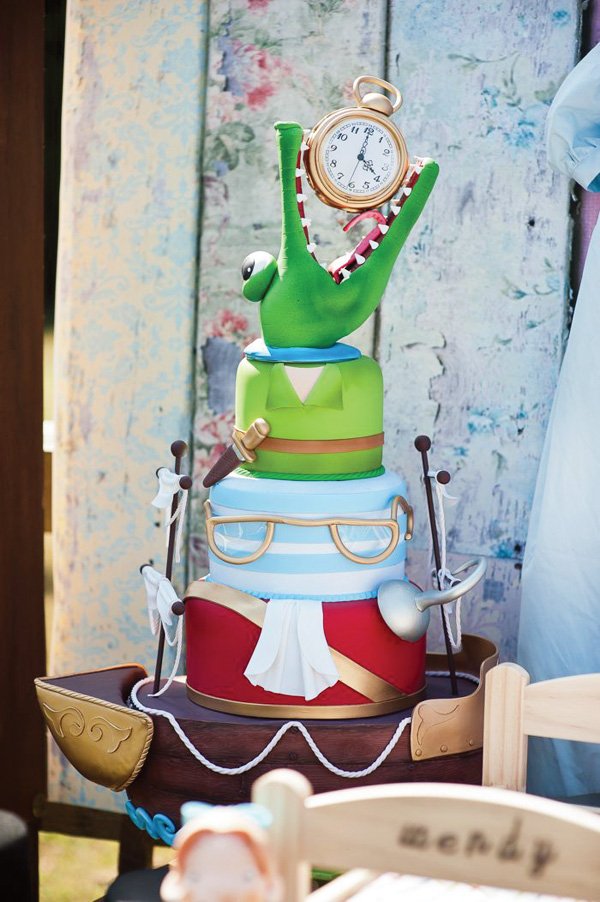 After heading towards the Second Star to the Right, we’ve landed in this downright magical Neverland & Peter Pan Birthday Party, as dreamed up by the talented Karen Ayars for her daughter’s 5th birthday. All of the guests dressed up as pint-sized versions of their favorite characters: Captain Hook, Smee, Tinkerbell, Wendy, & more! Even mom & dad played along… gotta love that. And speaking of characters, the incredibly creative kids tables were inspired by the stars of the show too… there’s a Captain Hook table, a Smee table, and even one inspired by Nana the dog!

I absolutely love all of the different activities that Karen incorporated into this party — there’s no chance these little adventure seekers were ever bored. As if that isn’t enough awesome already, just take a peek at the TREATS! The character dolls are like little works of art, and the giant Peter Pan “ship sculpture” with the Croc on top? Ya… that’s a CAKE! I’m pretty sure all the Pirates & Lost Boys (& Girls) would make peace to enjoy a slice of that together. ;) 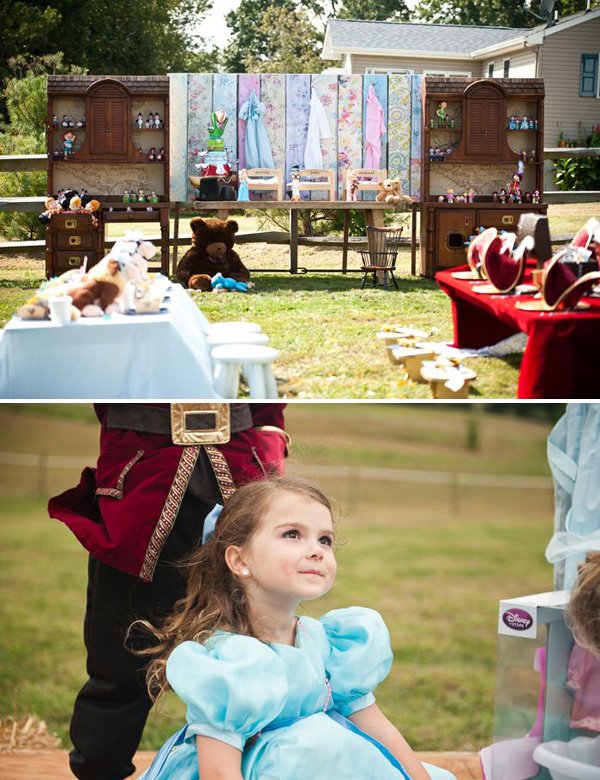 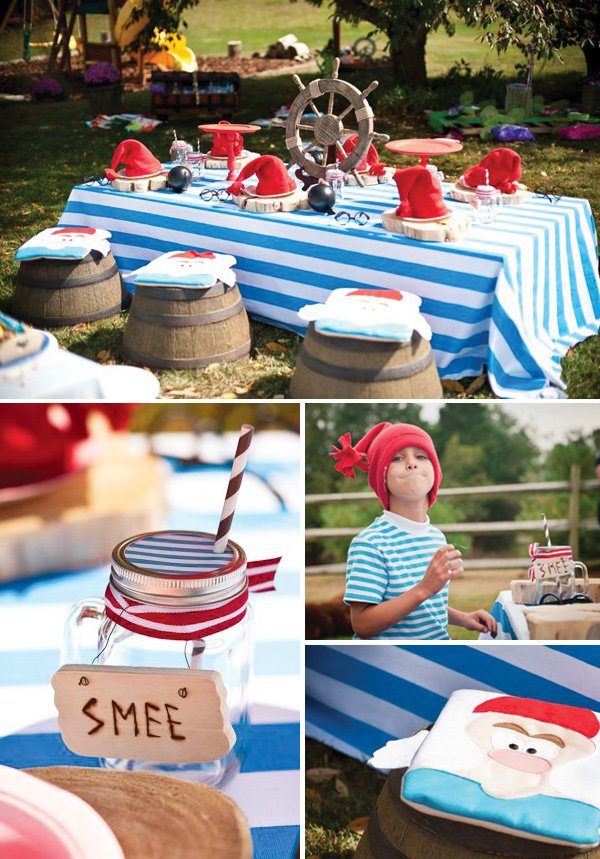 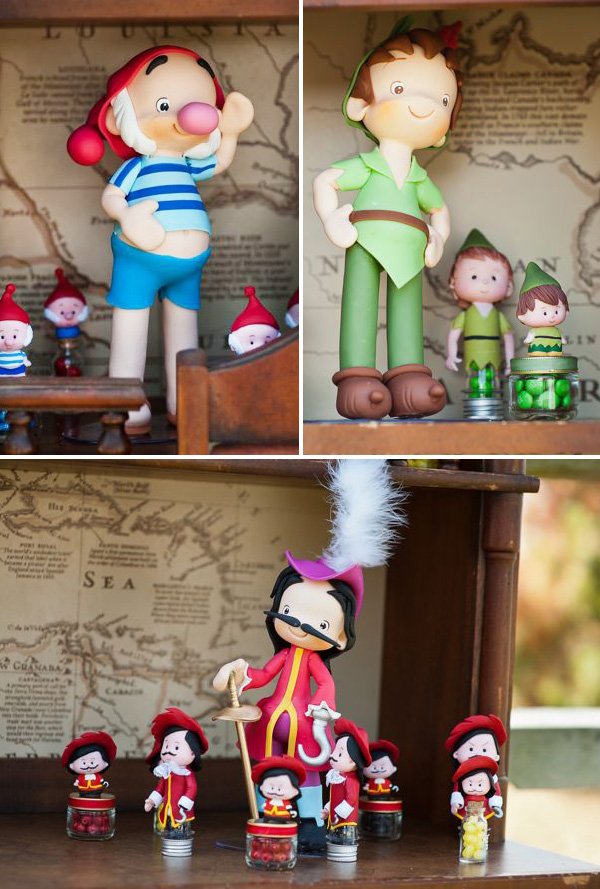 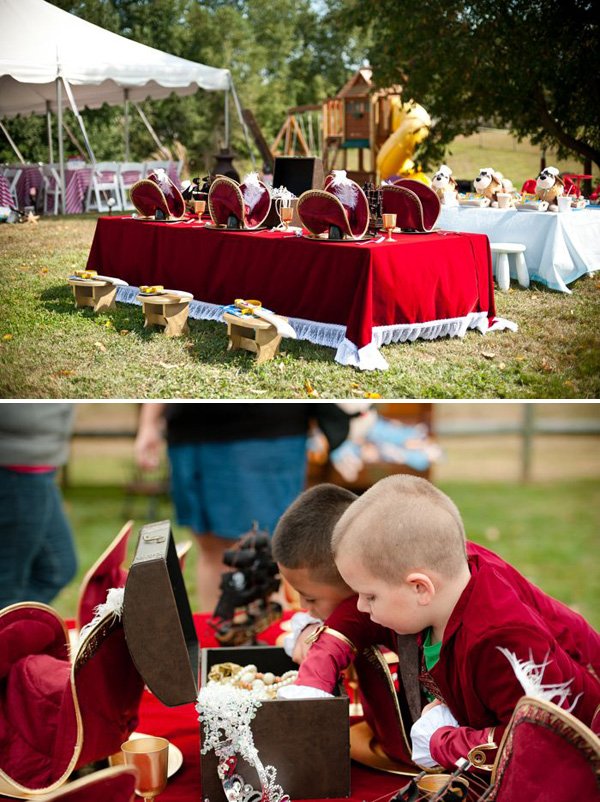 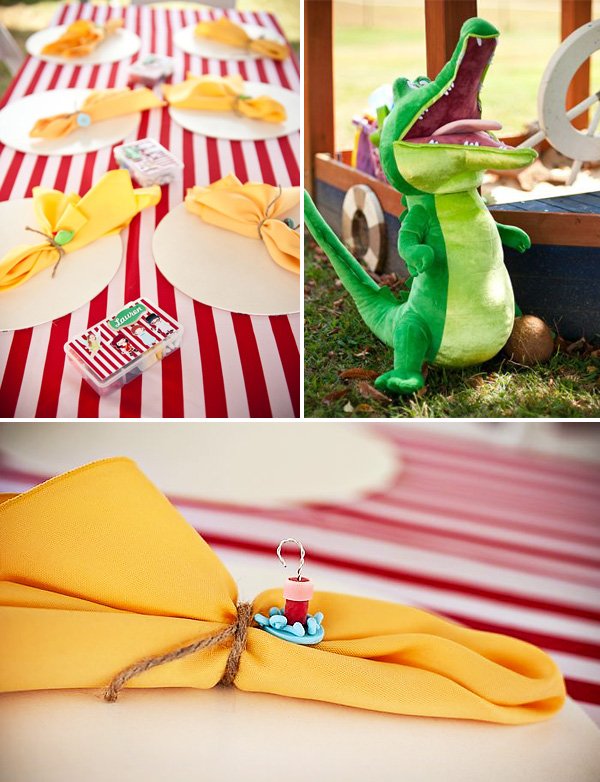 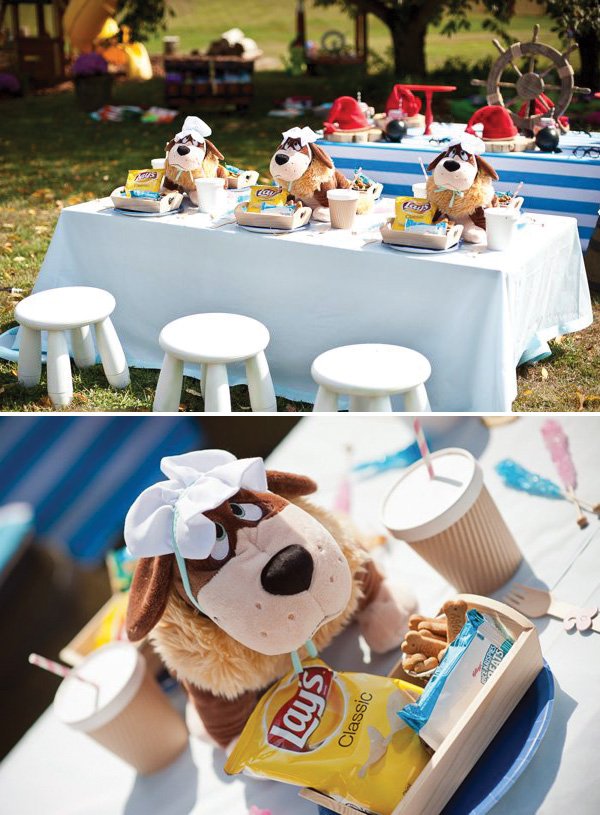 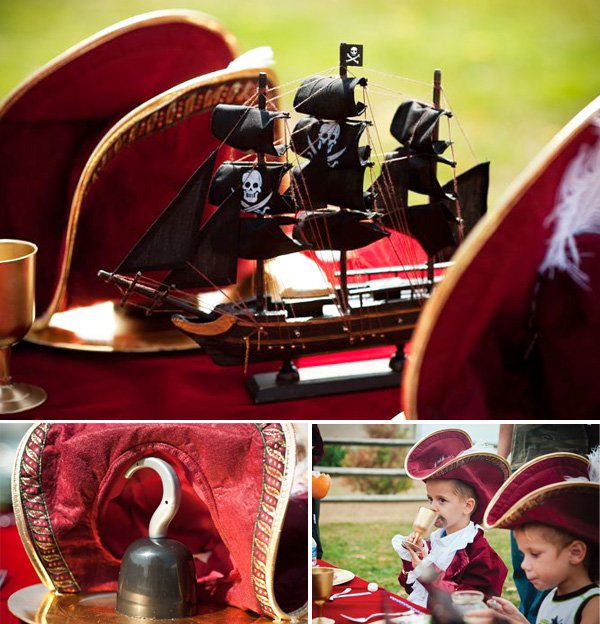 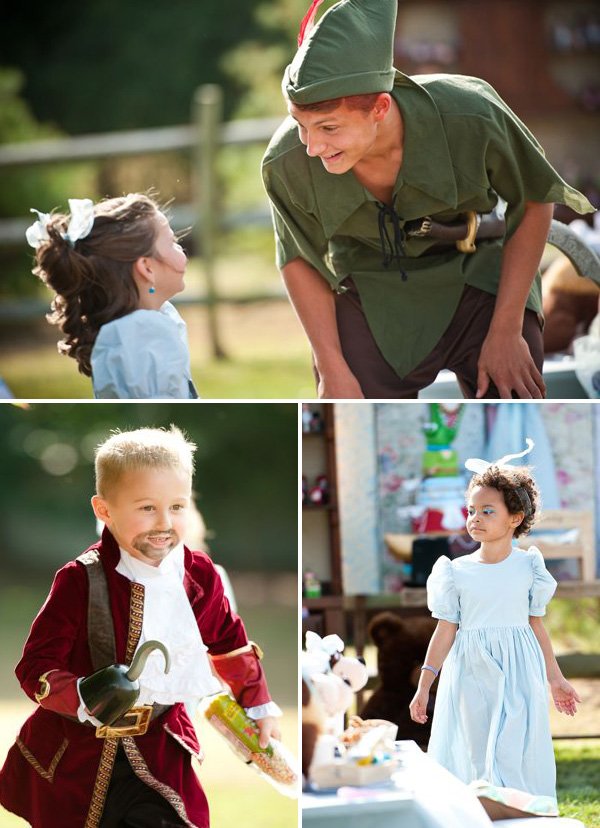 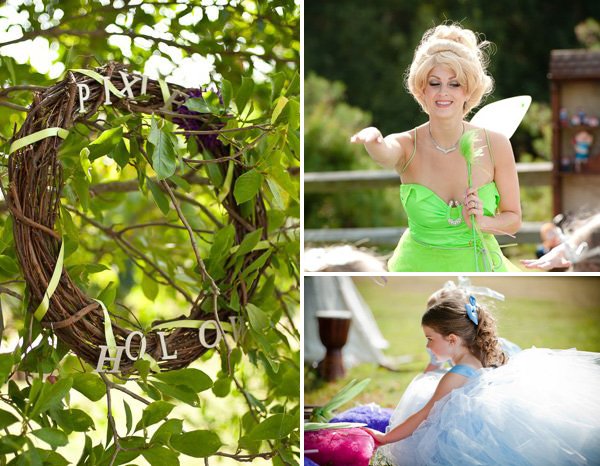 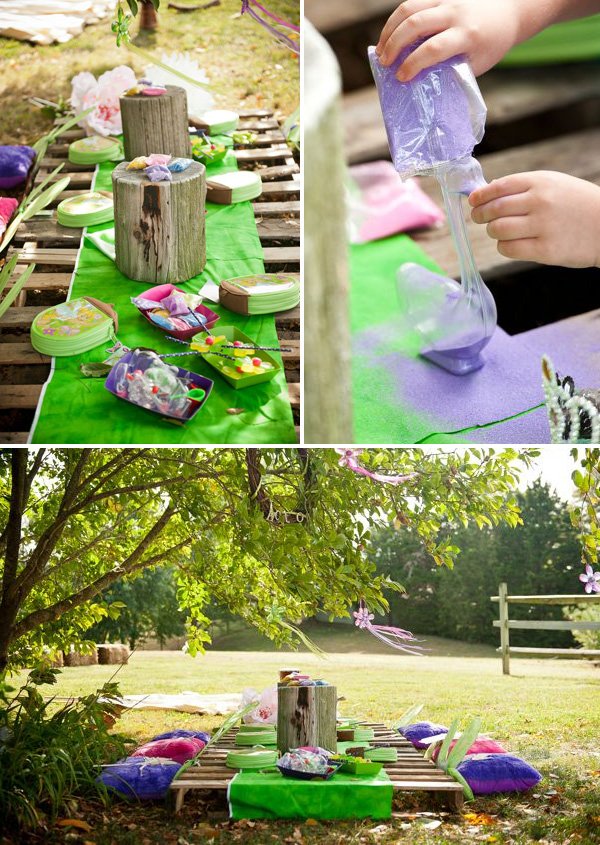 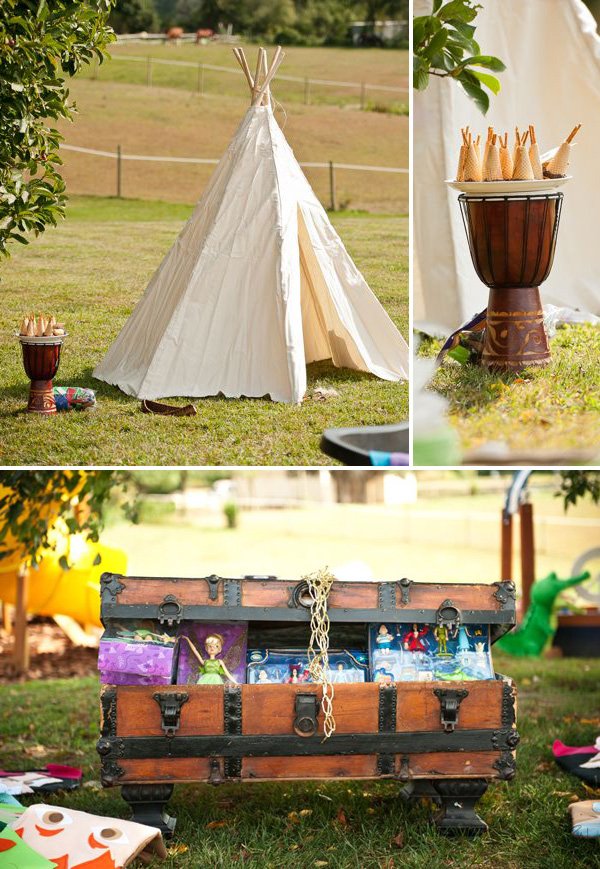 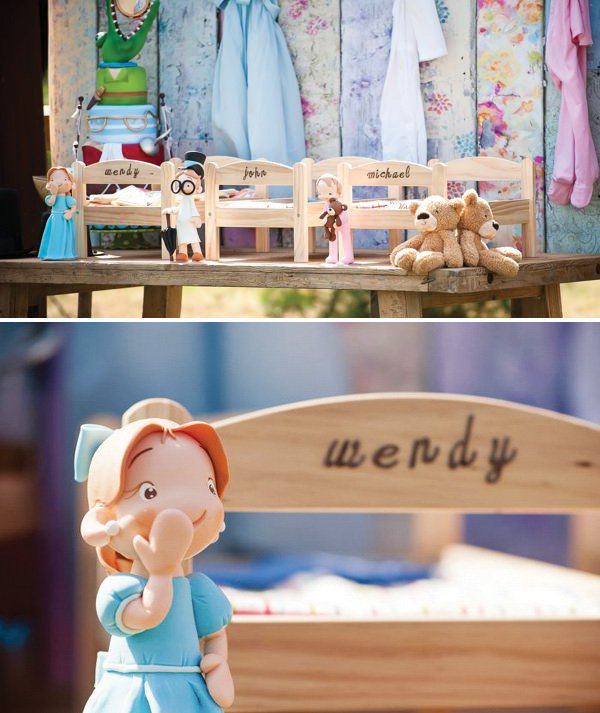 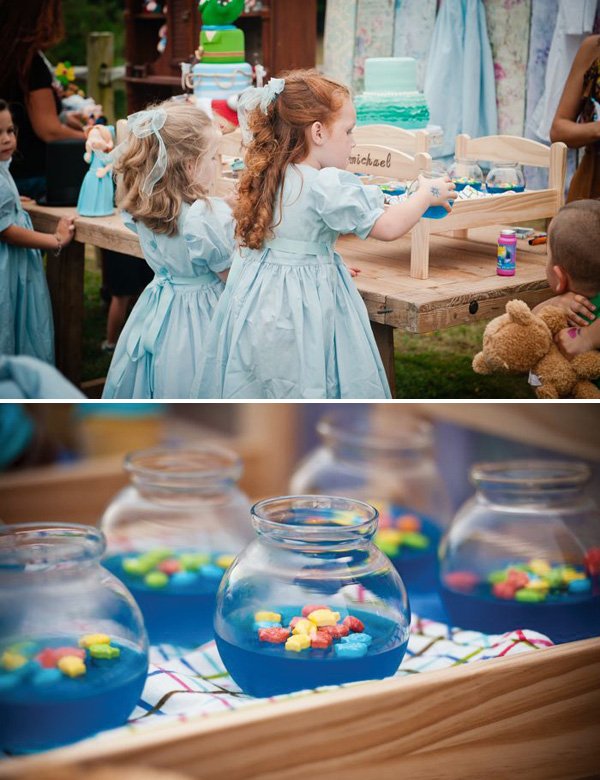 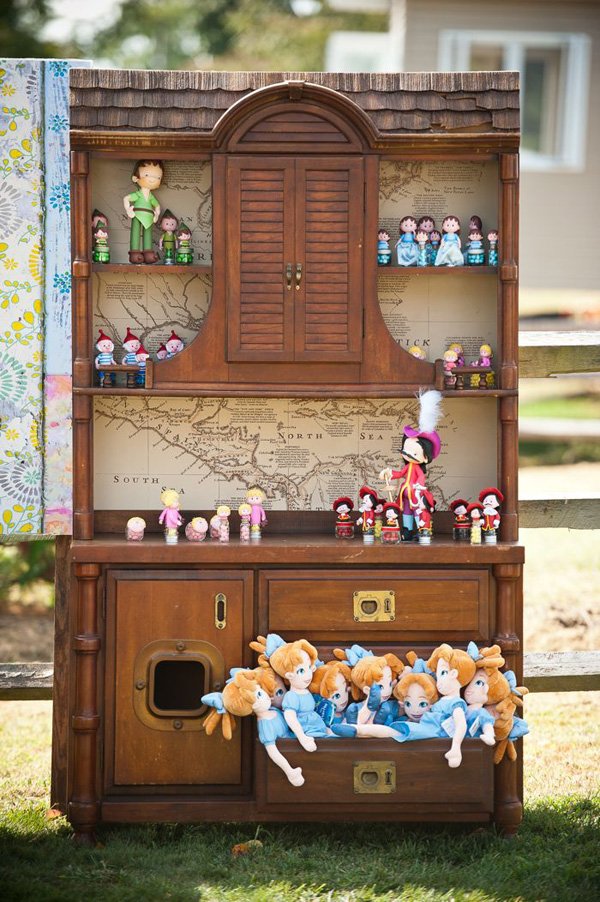 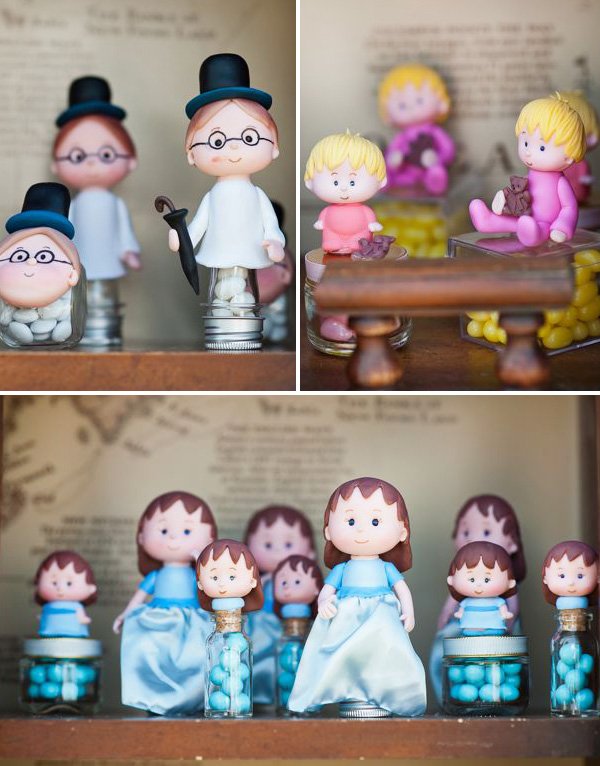 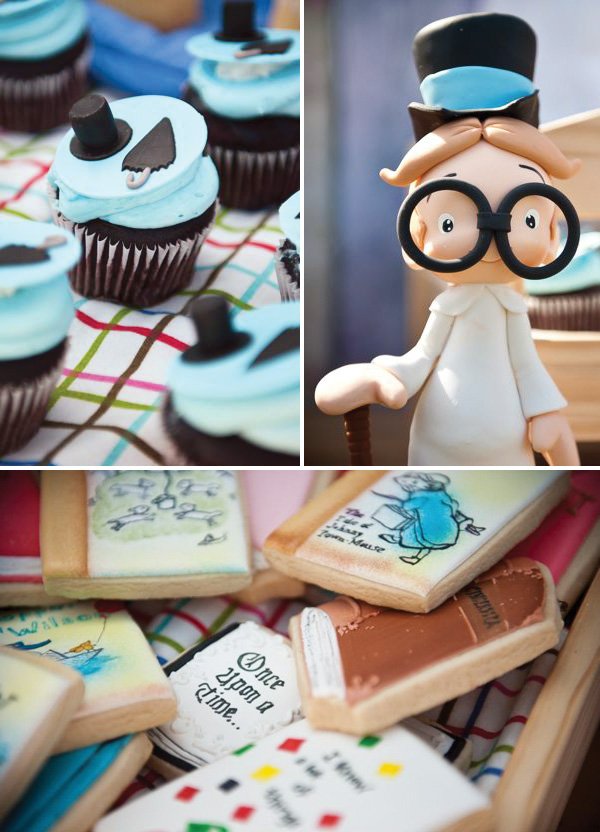 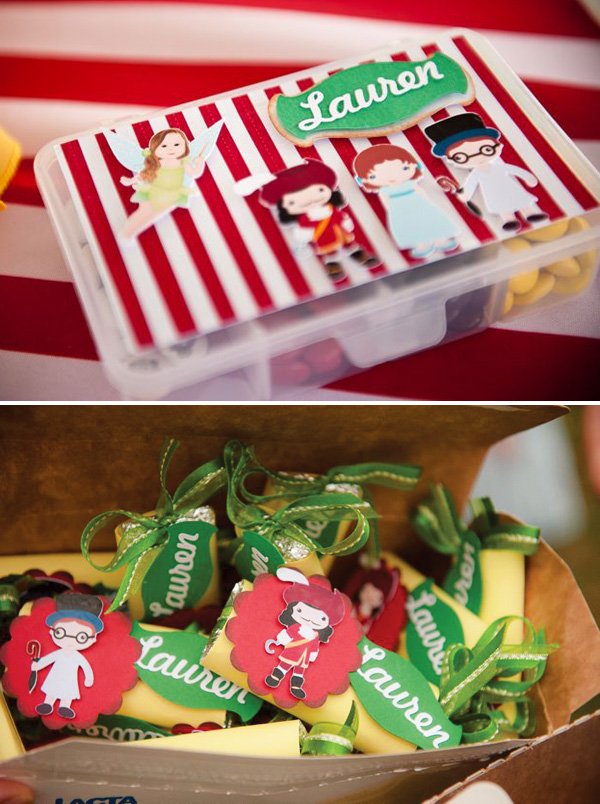 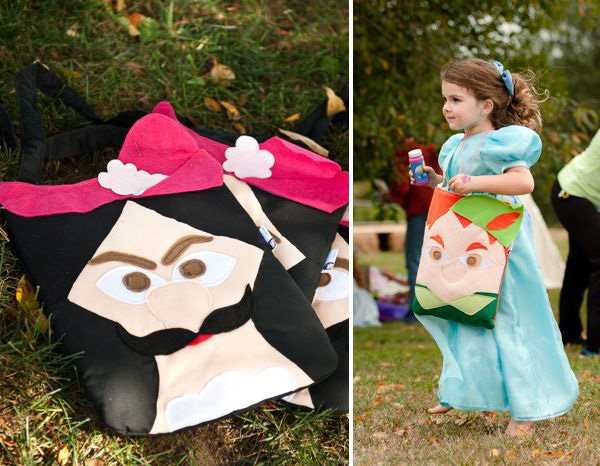 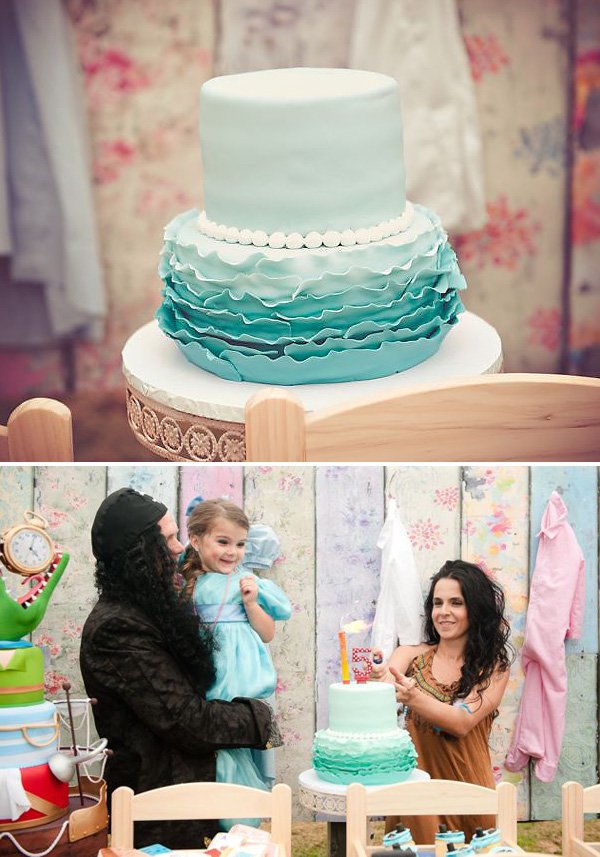 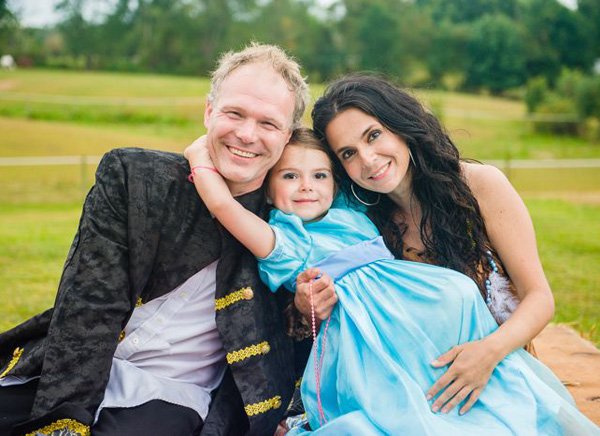 This year the party was really focused on the kids having A LOT of fun. For the invitation, everyone received a Lost Boy plush doll, a map of Neverland and a bottle of Pixie Dust. The girls all got dressed up as either Wendy, a mermaid or Tinkerbell and the boys either as Hook or Smee. They started out playing along with Tinkerbell and Peter Pan, but Hook came in and told them that in order to save Tiger Lily, they had to go on a treasure hunt looking for as many golden coins as they could. On their hunt, they found a clue saying the key to save Tiger Lily was inside a piñata treasure chest. After rescuing Tiger Lily, she showed her gratitude and gave them another key that unlocked a big treasure chest full of Disney store favors.

For activities, the kids learned how to make beautiful Pixie Dust Art at Pixie Hollow and then walked the plank.

After the party, so many parents told me how their kids wouldn’t stop talking about the party. So the wind didn’t help me or the photographer that day, but the little ones didn’t seem to have noticed. ;-)