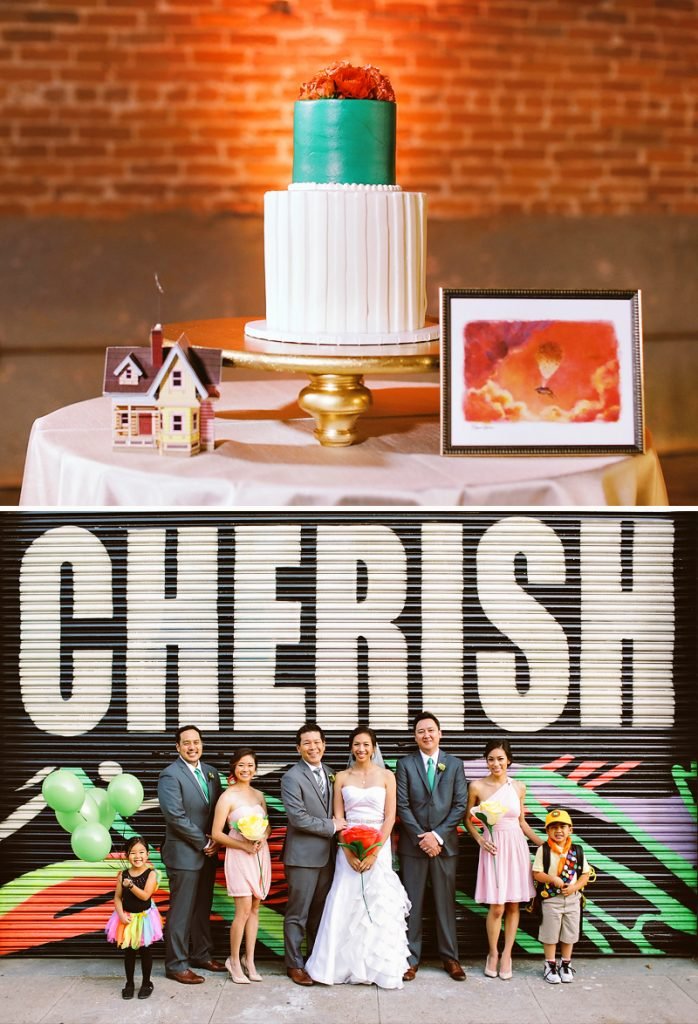 When it comes to creative wedding details, this beautiful celebration is UP, up, and away!

The team at Innovate Marketing Group dreamed up a fantastic Disney-Pixar UP Themed Wedding for Kristin and Phillip, and it definitely looks like this happy couple was on cloud 9! And given that this modern fairytale began with a proposal asking, “Are you UP for being my Ellie?”, it’s no wonder the beloved animated flick served as inspiration for the big day. From the “Russel” ring bearer and insanely impressive display of 1000 colorful paper cranes – made by family and friends as a symbol of good fortune! – to the intricate wedding aisle chalk illustration, I think it’s safe to say that I’m in LOVE, too. ;) 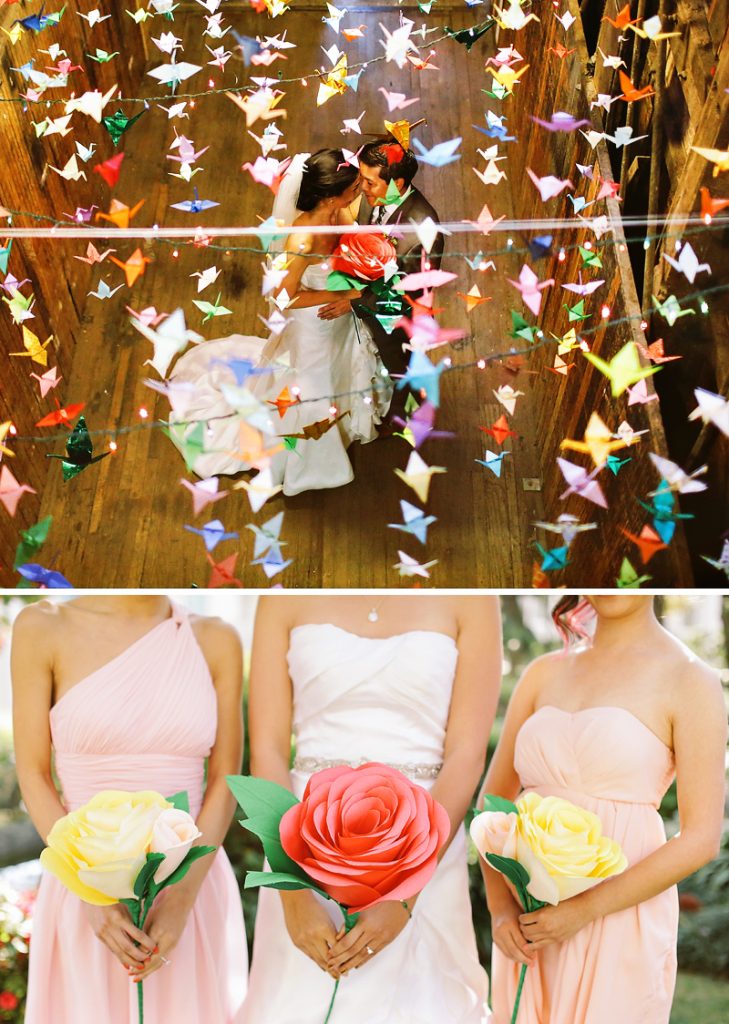 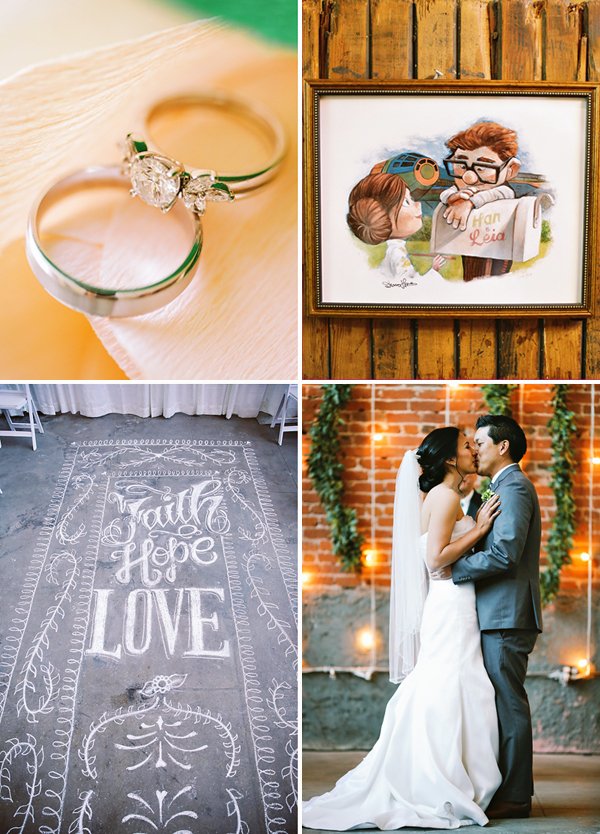 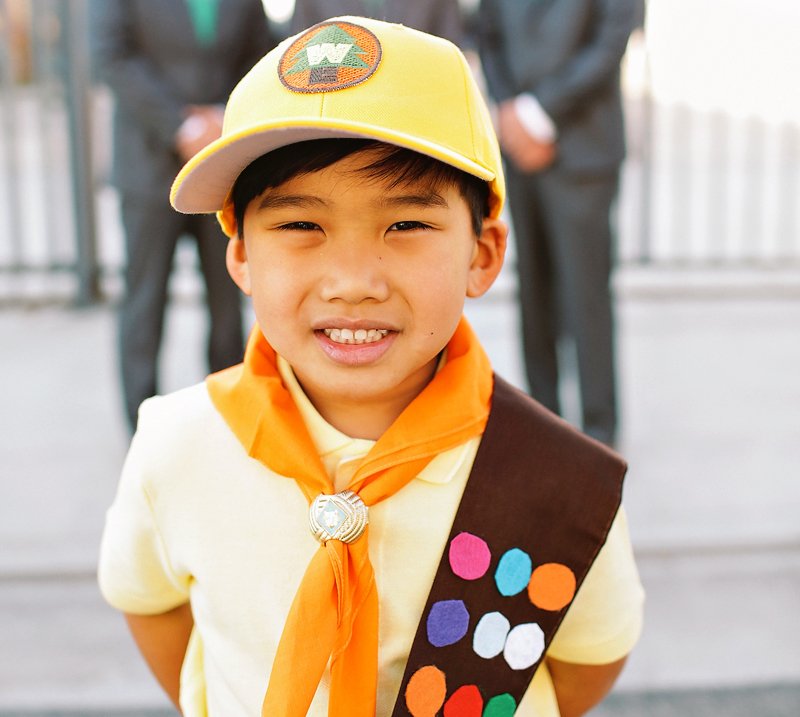 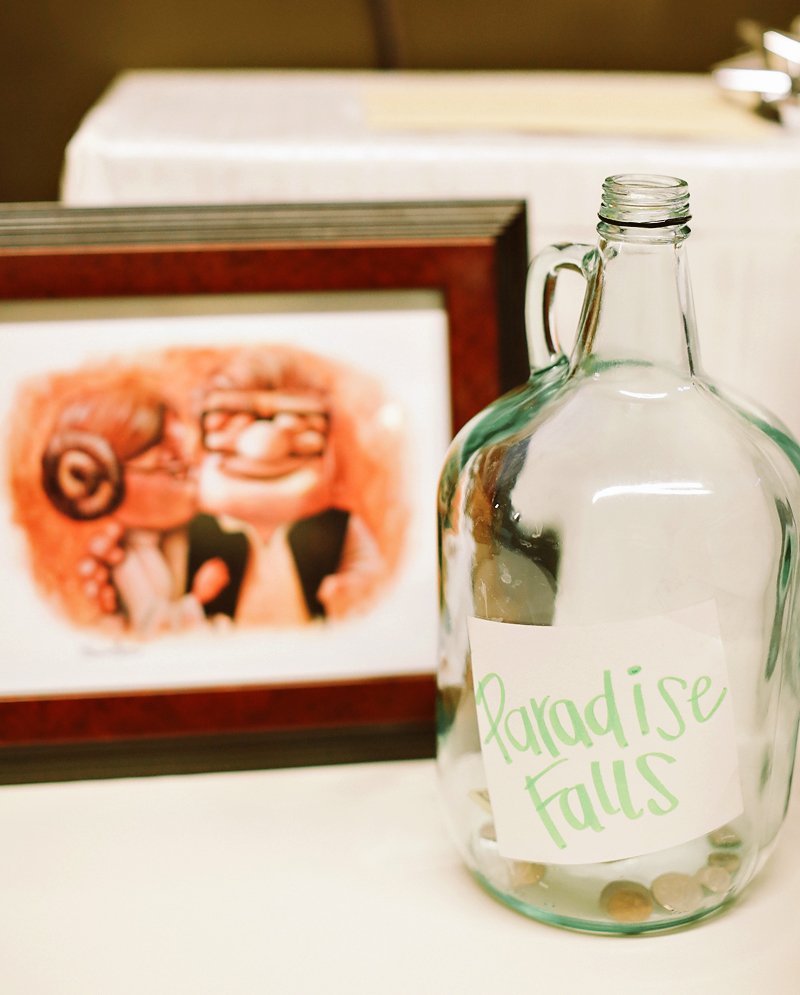 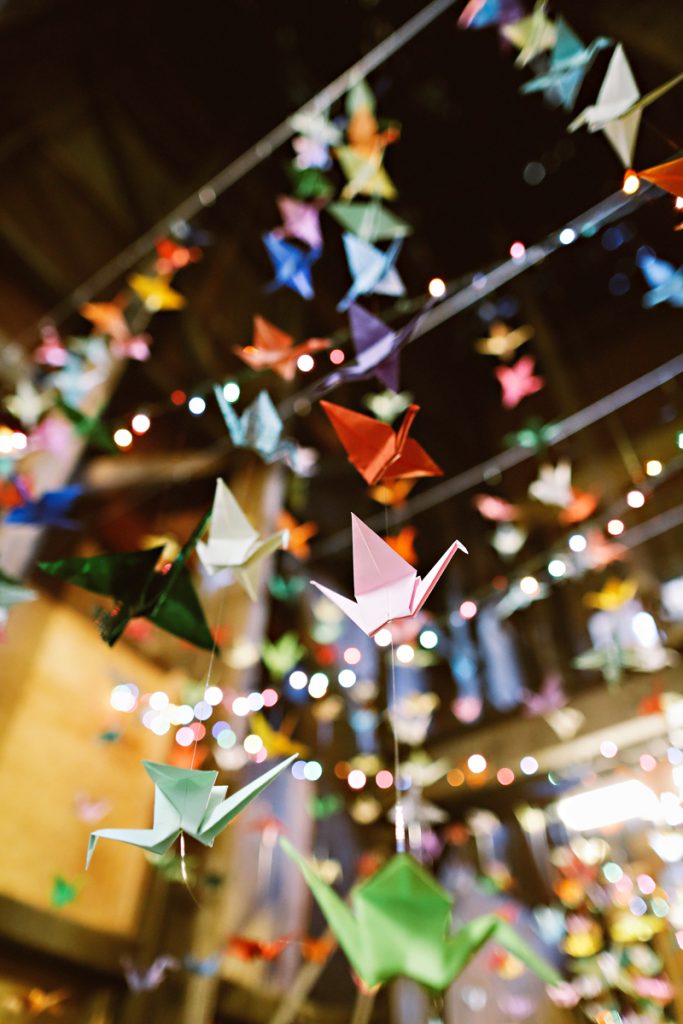 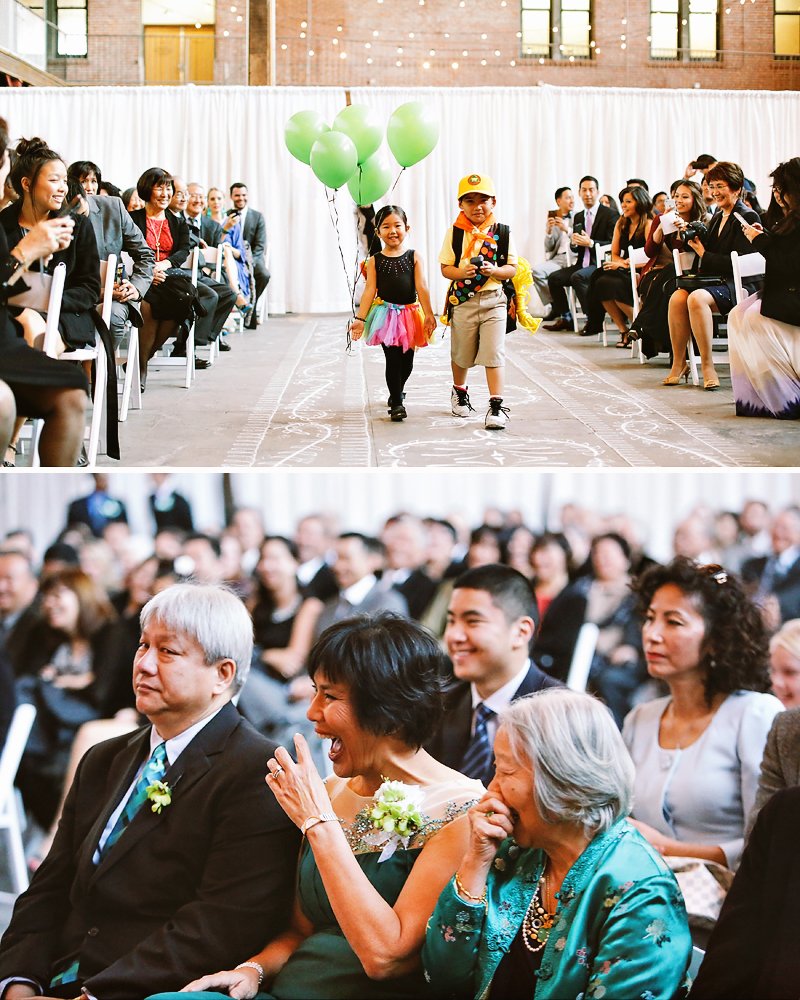 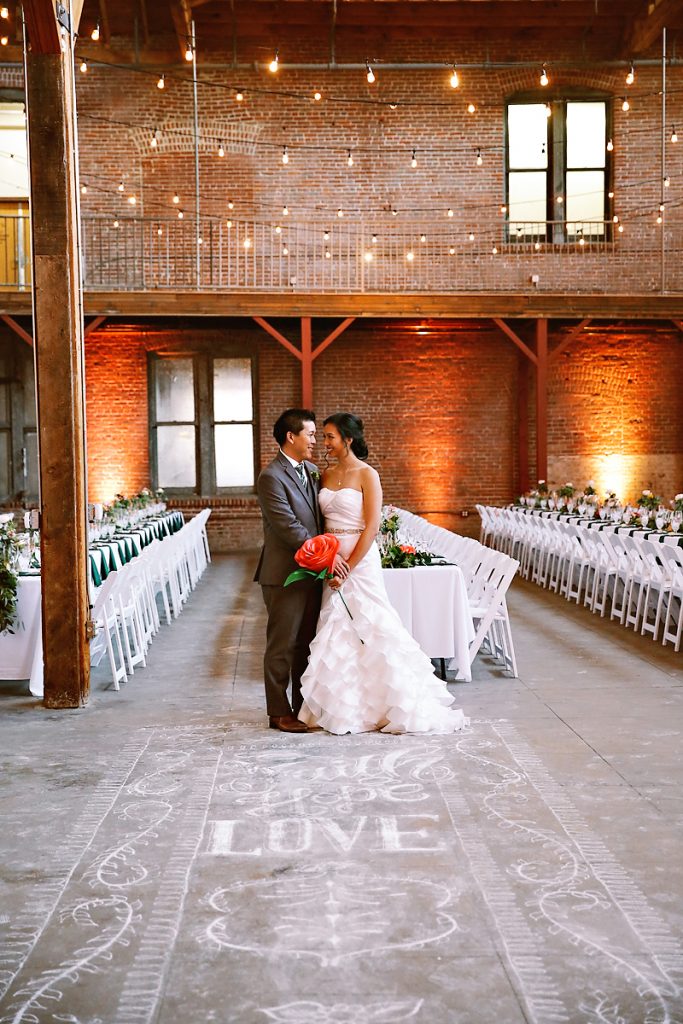 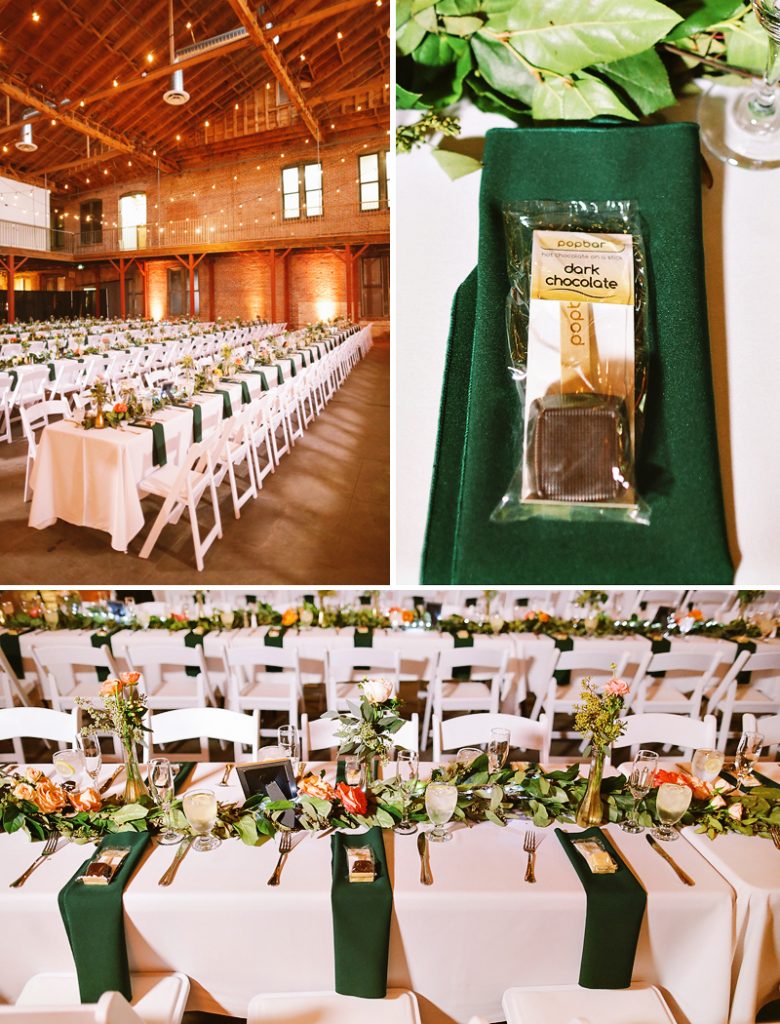 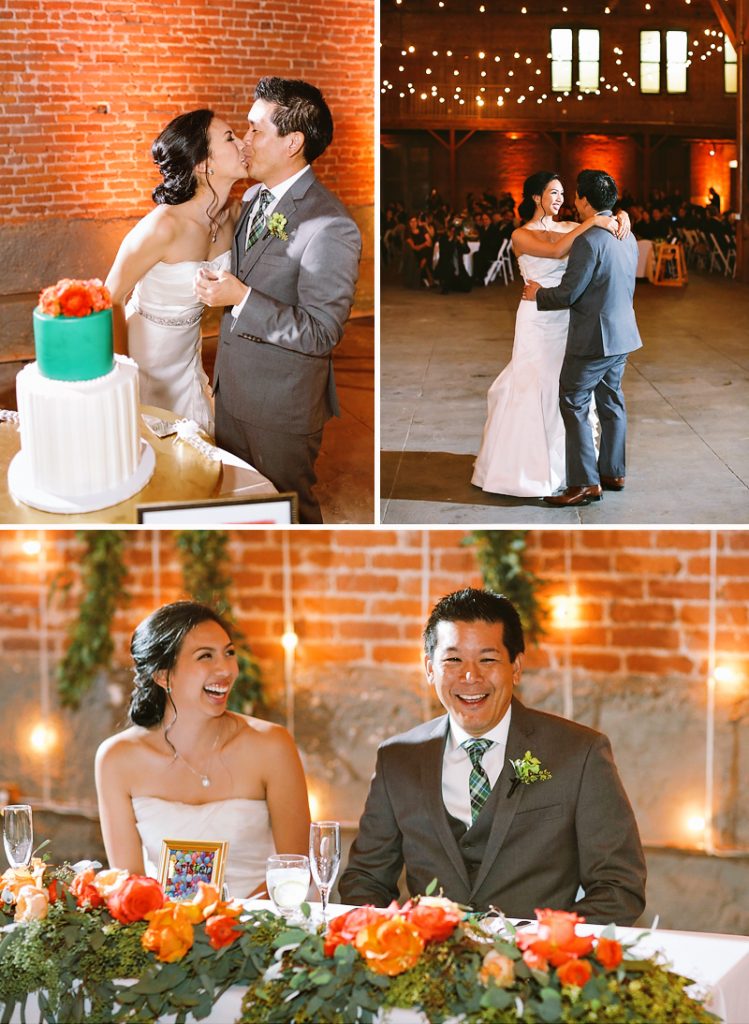 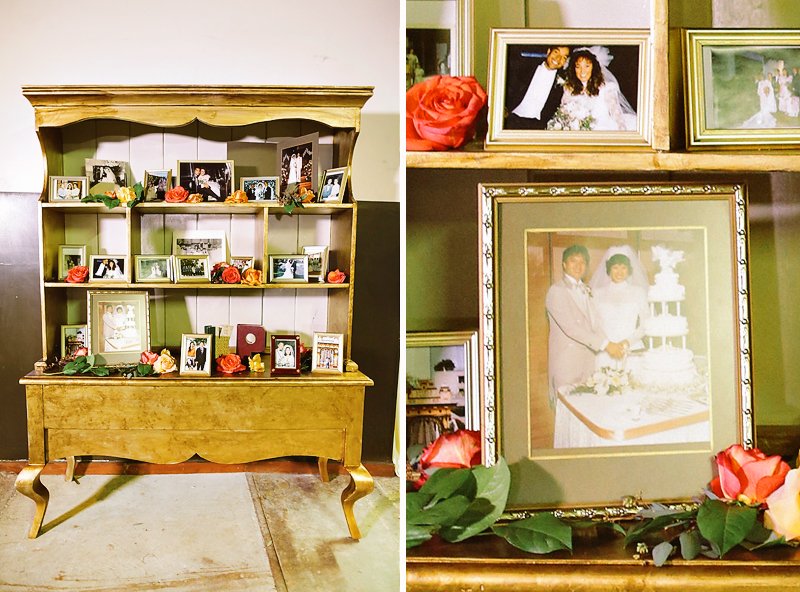 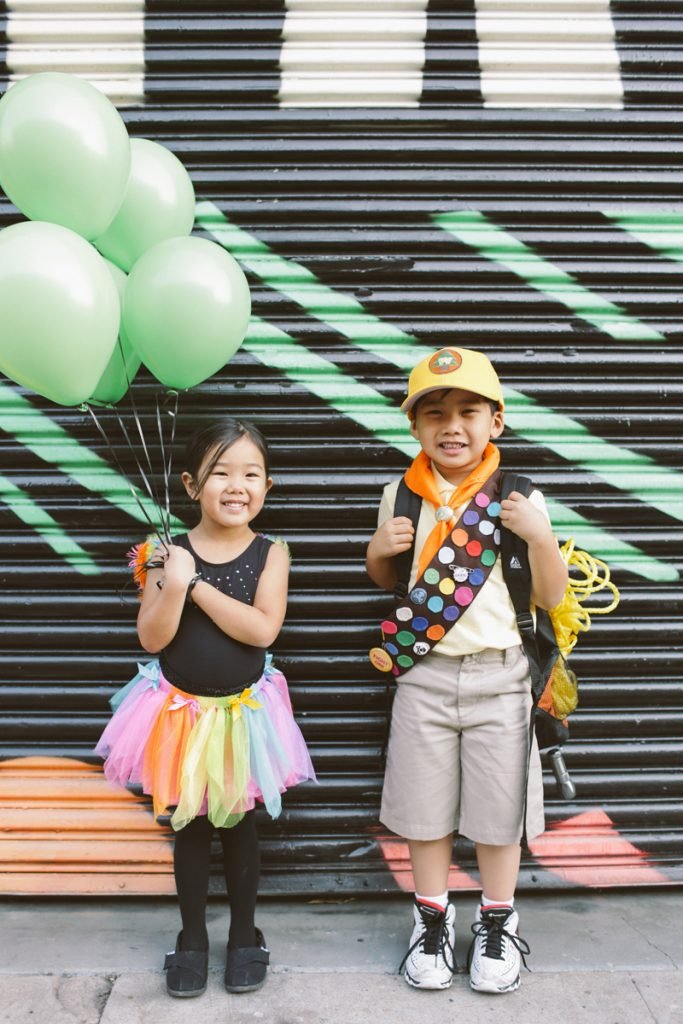 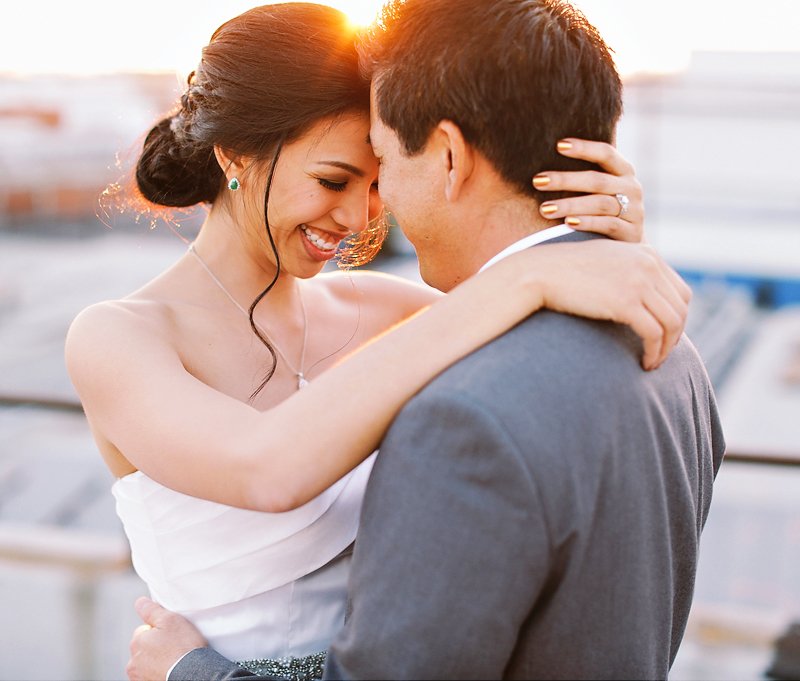 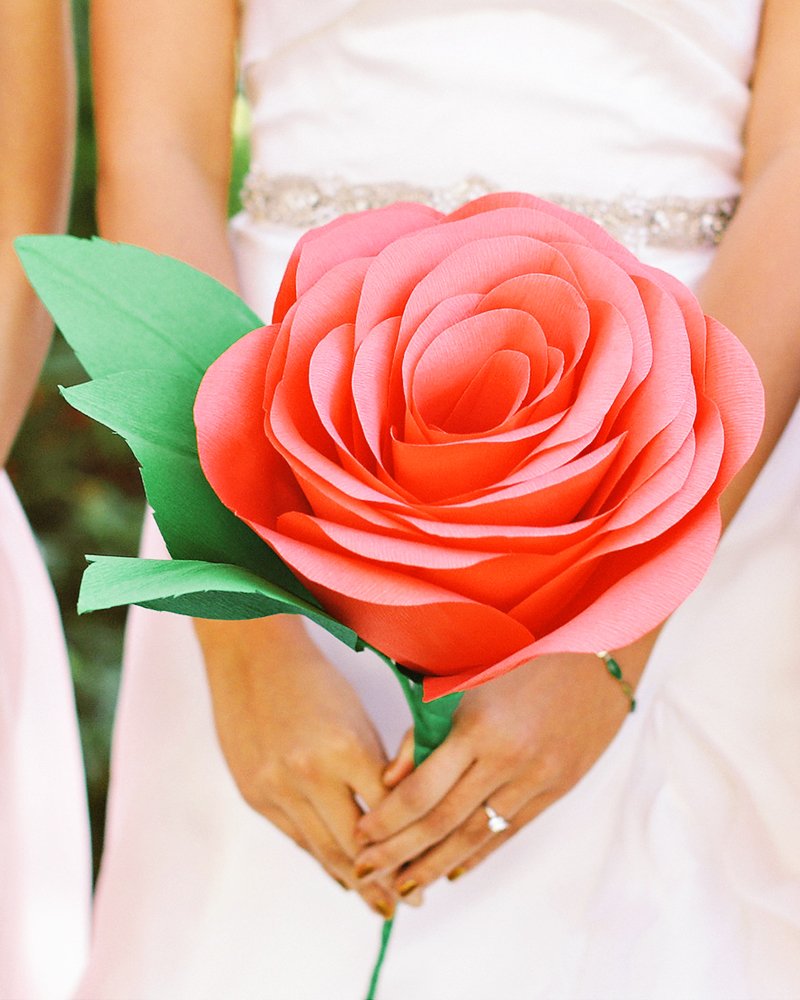 PARTY DETAILS, as told by Kirhan…

Disney-Pixar’s “UP” was the theme of their wedding, with Kristen and Phillip starring as the adorable Ellie and Carl. Kristen and Phillip chose the rustic and urban 440 Seaton warehouse as the blank canvas for their unique, modern day fairytale wedding. The raw warehouse backdrop was transformed with pipe and drape, lighting and floral pieces in an emerald, coral and gold palette. An intricate runner was hand drawn by the couple’s friend using chalk to frame the bride’s walk down the aisle. Family and friends joined efforts to fold and hang 1000 paper cranes in the service elevator, as a symbol of good fortune. The grand hall was organically staged using eucalyptus garlands with twinkle lights woven through each strand and juxtaposed against the exposed red brick.

Many details from the animated film were also incorporated to bring the theme to life. The poster that Phillip used to propose read, “Are you UP for being my Ellie?” and was displayed over the gift table. Carl’s mailbox emblazoned with the couple’s names and
handprints served as a gift card holder. Beside it was a honeymoon fund jar labeled “Paradise Falls” just like in the film. Hand painted scenes from the movie were framed and hung from the walls with Kristen and Phillip’s names on them. The two, whom are also “Star Wars” fanatics, incorporated their other favorite movie into these paintings
as well, with some of them being of Hans and Leia, rather than Kristen and Phillip.

Ushers, whose jackets were adorned with the bottle cap pin that Ellie gave Carl, guided guests into the ceremony. The flower girl was dressed as the bird, Kevin, and carried balloons down the aisle, instead of flowers. By her side was the ring bearer playing the role of Russell, the chubby cheeked wilderness explorer. Kristen and her bridesmaids held larger-than-life paper flowers as their non-traditional bouquets.

For the interlude between the ceremony and reception, a separate lounge furnished with high boys and vintage circular lounge seating provided the setting for photo ops with the newlyweds. Family photos were elegantly displayed on a vintage bookcase to reminisce about old memories and a photo booth was also available to document new ones. “UP” played in the background for guests to catch all the references expressed in the décor.

Once everyone was seated for the reception, the festivities began. Kristen and Phillip cut their wedding cake, flanked by a miniature version of Carl’s house and a painting of his hot air balloon, while sharing a frosting-covered kiss. The wedding party gave an entertaining dance performance, with the groomsmen sporting M.I.B. shades. The newlyweds really wanted to motivate their guests to vie for the bouquet and garter tosses, so they attached each to a Laker’s basketball with two tickets and a $100 Nordstrom’s gift card, respectively. Needless to say, the winners were ecstatic.

To end the night on a sweet note, guests took away hot chocolate on a stick as wedding favors, while outside the waffle truck commissioned by Kristen and Phillip served hot waffles and ice cream.