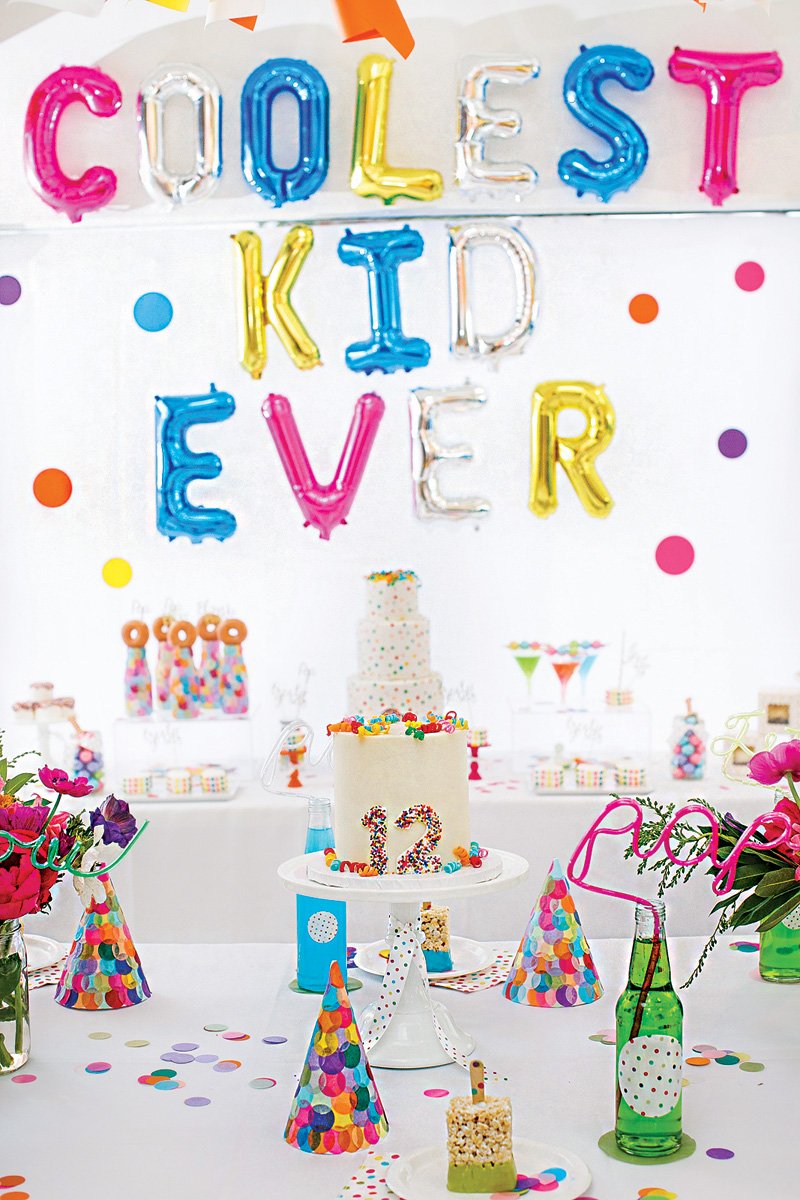 I am no stranger to the amazing parties that happen at LA-based party space the COOP, so when co-owner Lucinda sent over this “Sprinkle Dot Fun” Rainbow Birthday Blast, I knew it was going to be something really special — and boy, did she not disappoint! This party is absolutely exploding with DOTTED desserts and POPS of colorful confetti. It’s so hard to pick a favorite detail, but the candy dot marshmallows (handmade by Lucinda!) and the mini balloon drink stirrers are not to be missed. :) 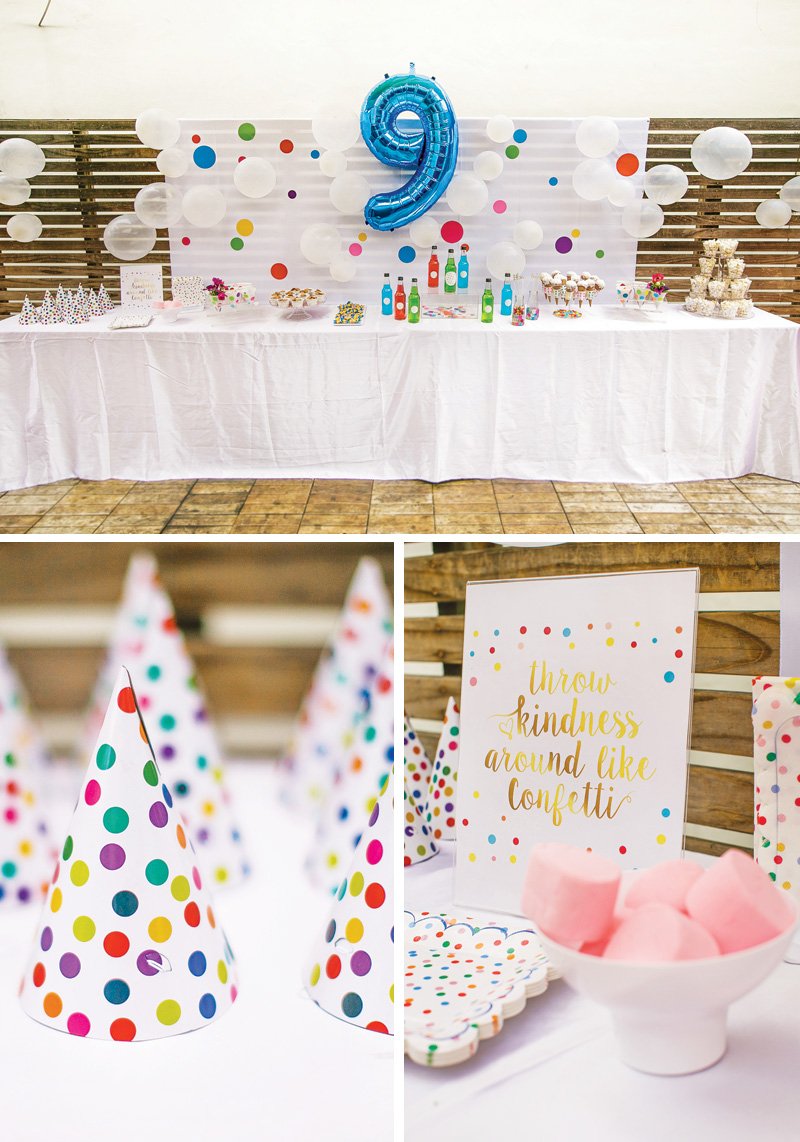 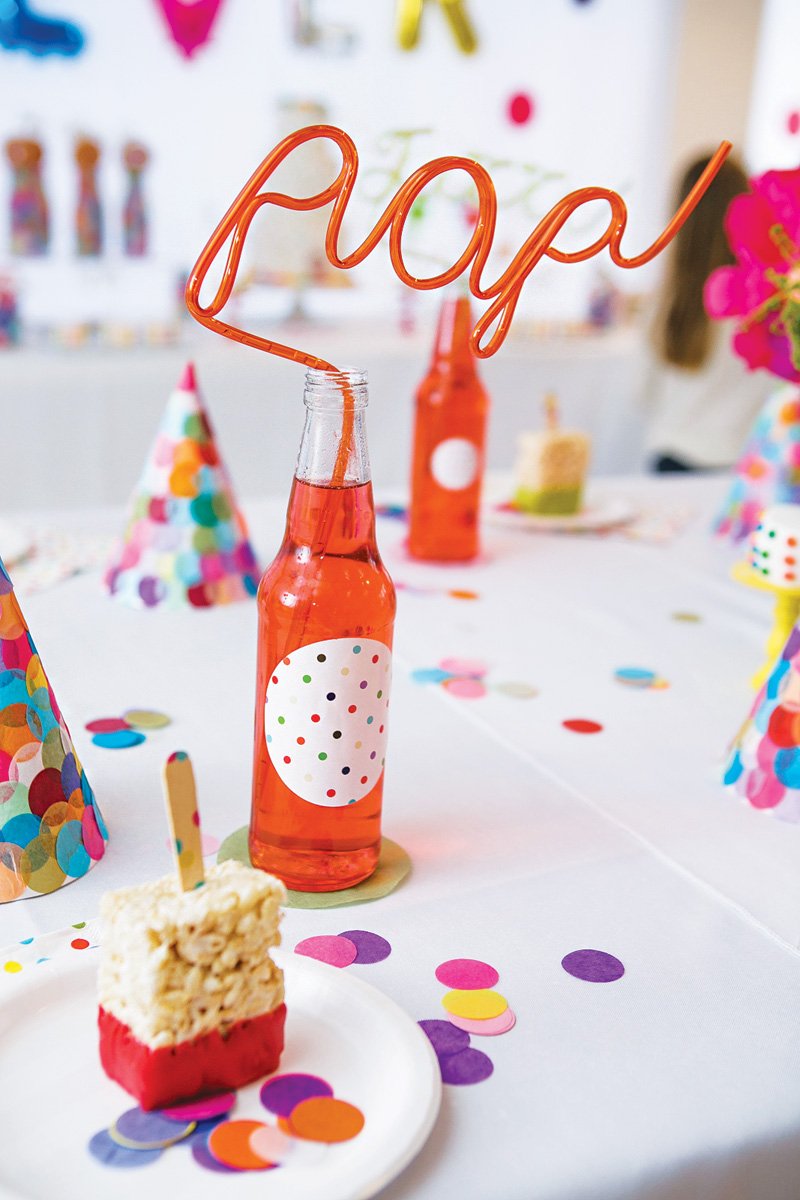 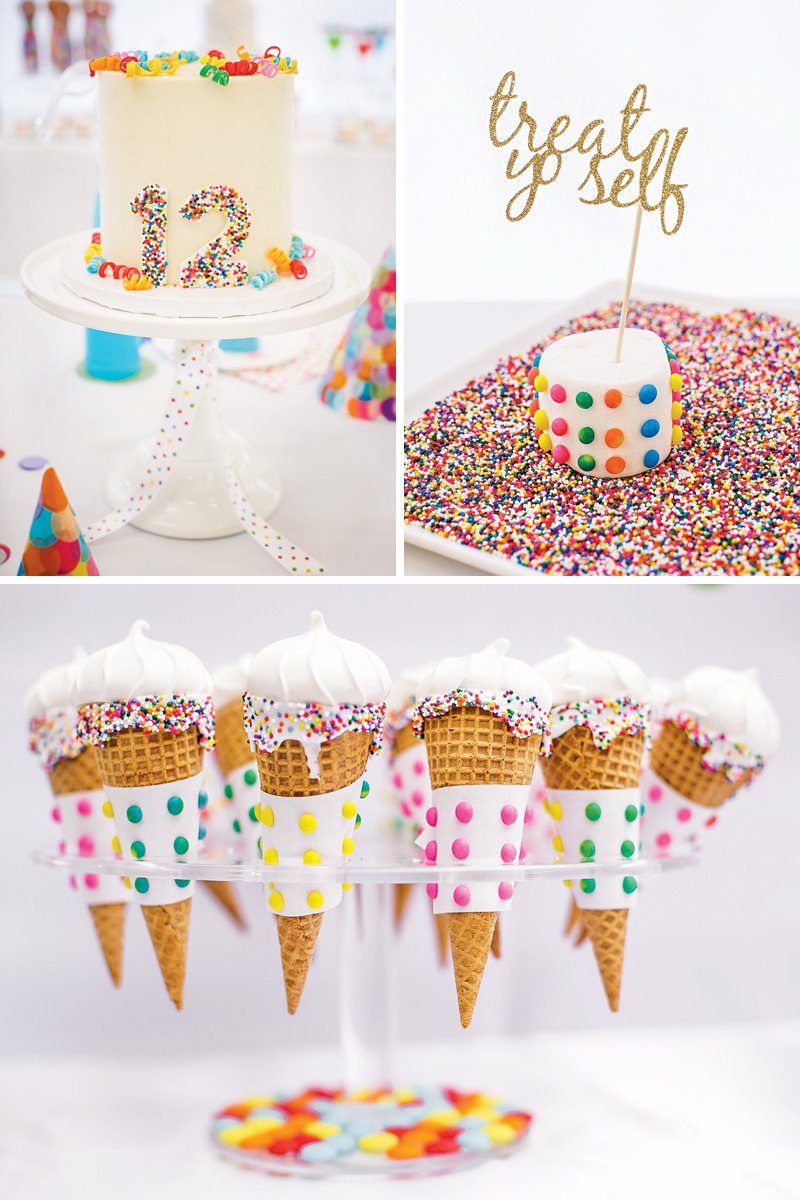 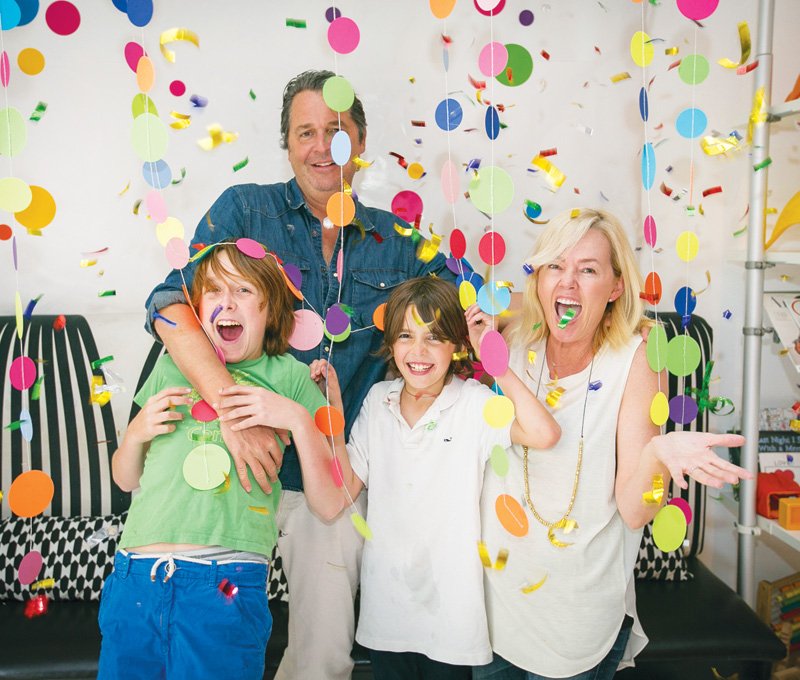 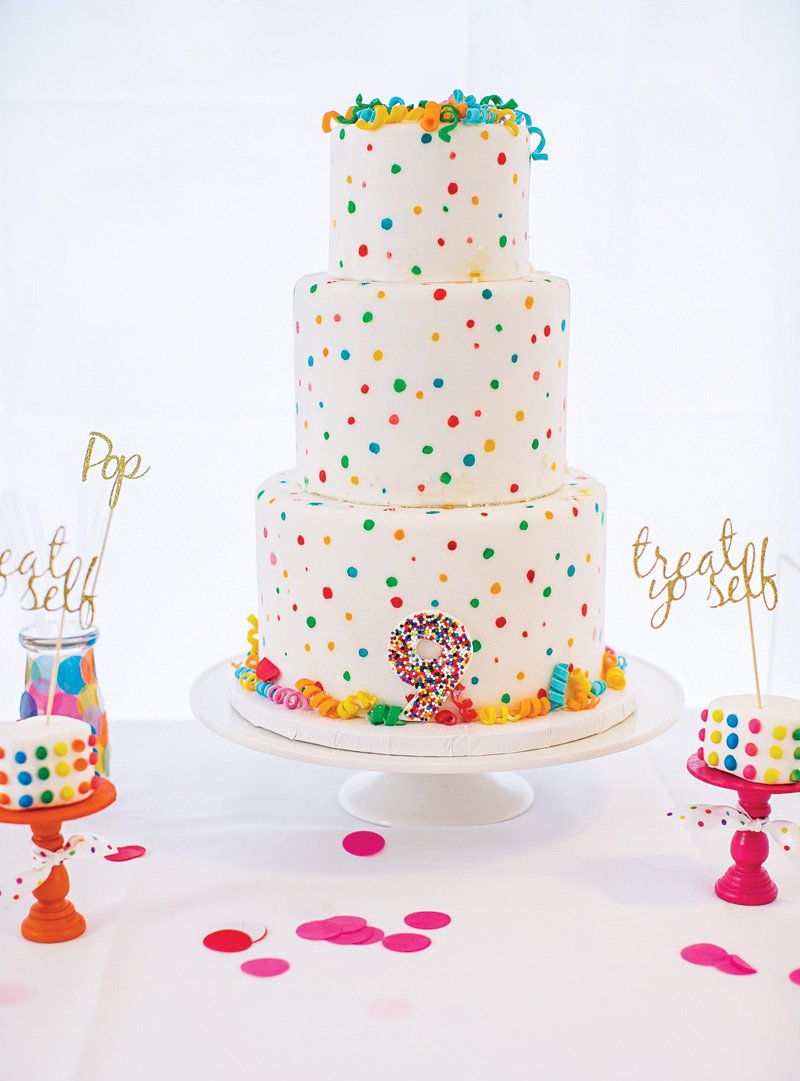 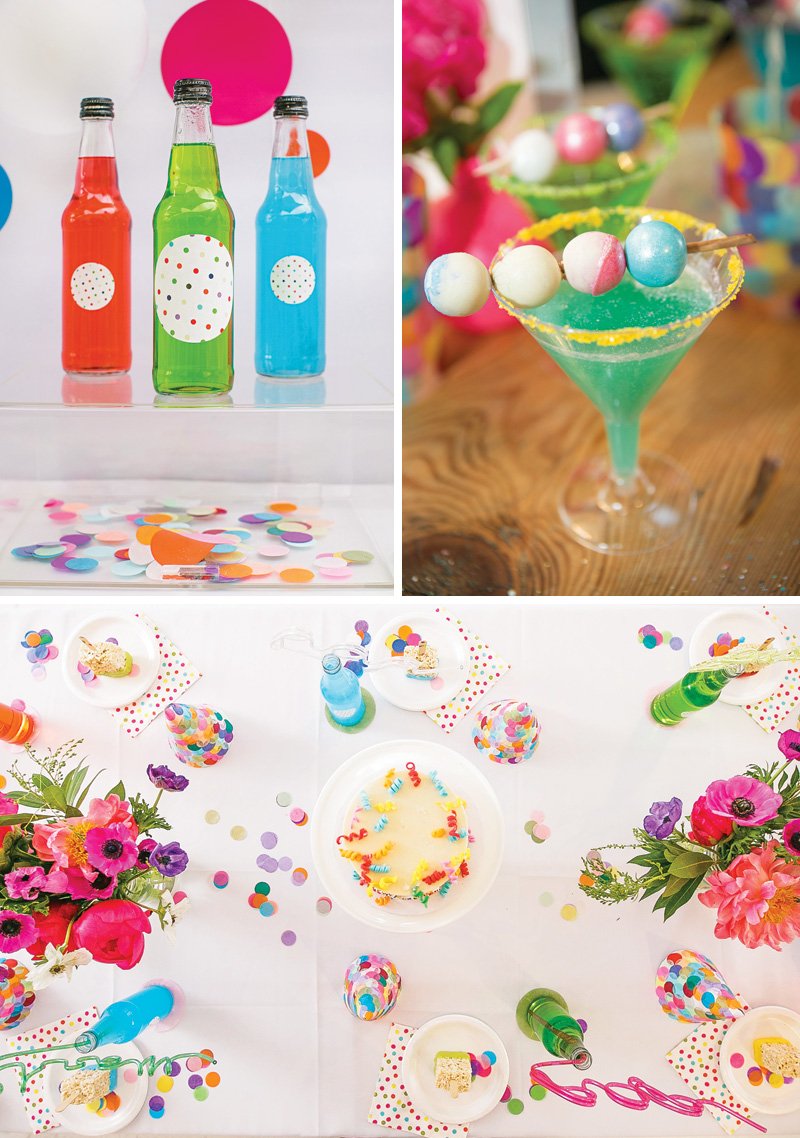 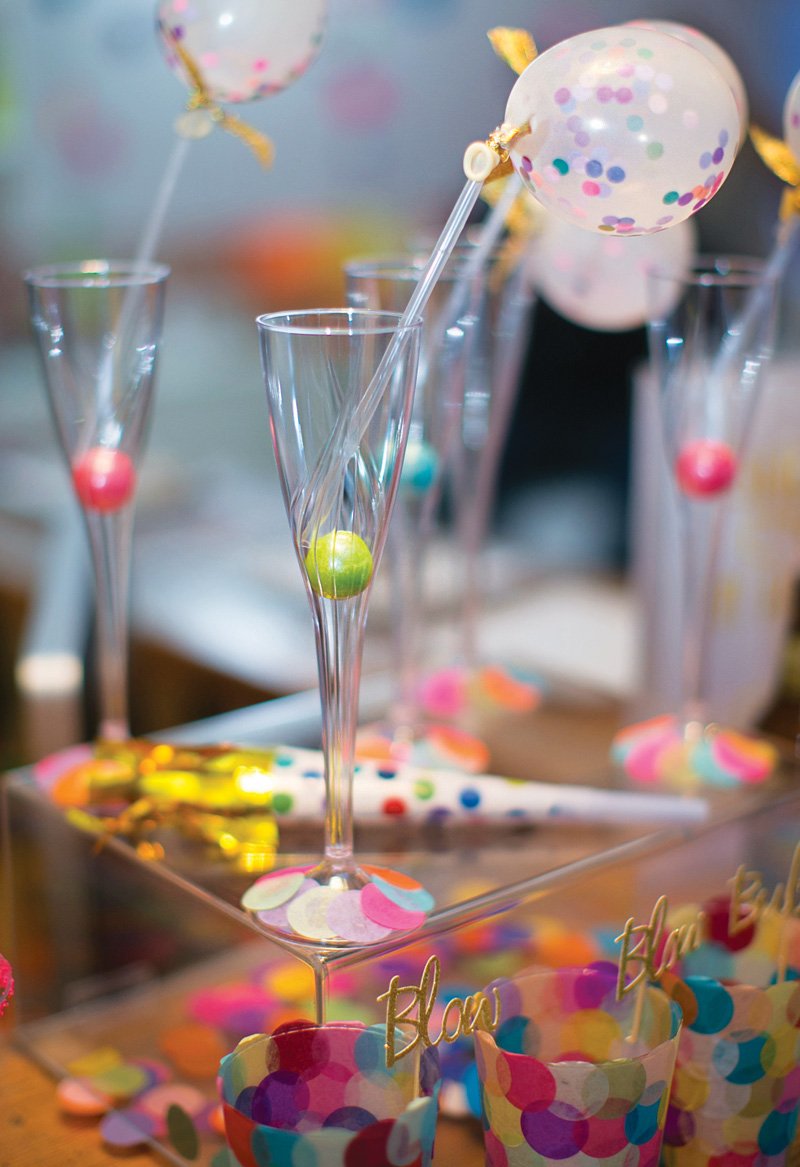 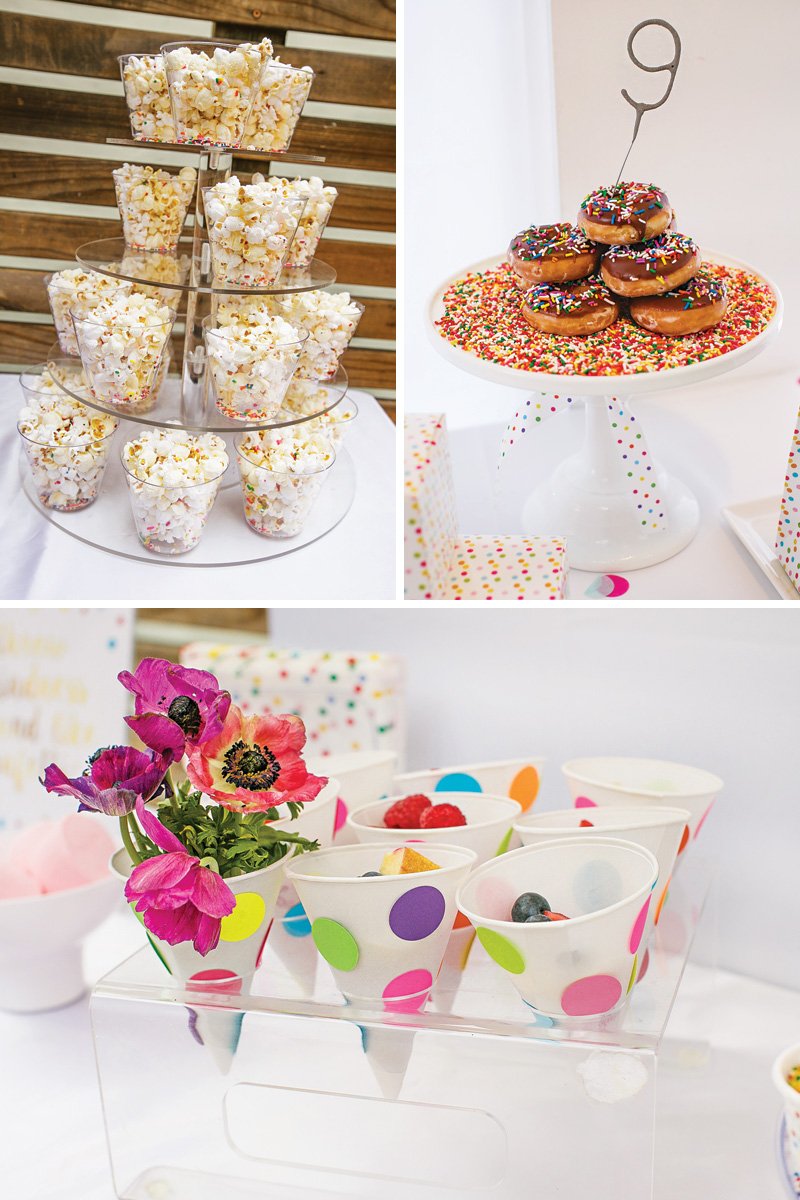 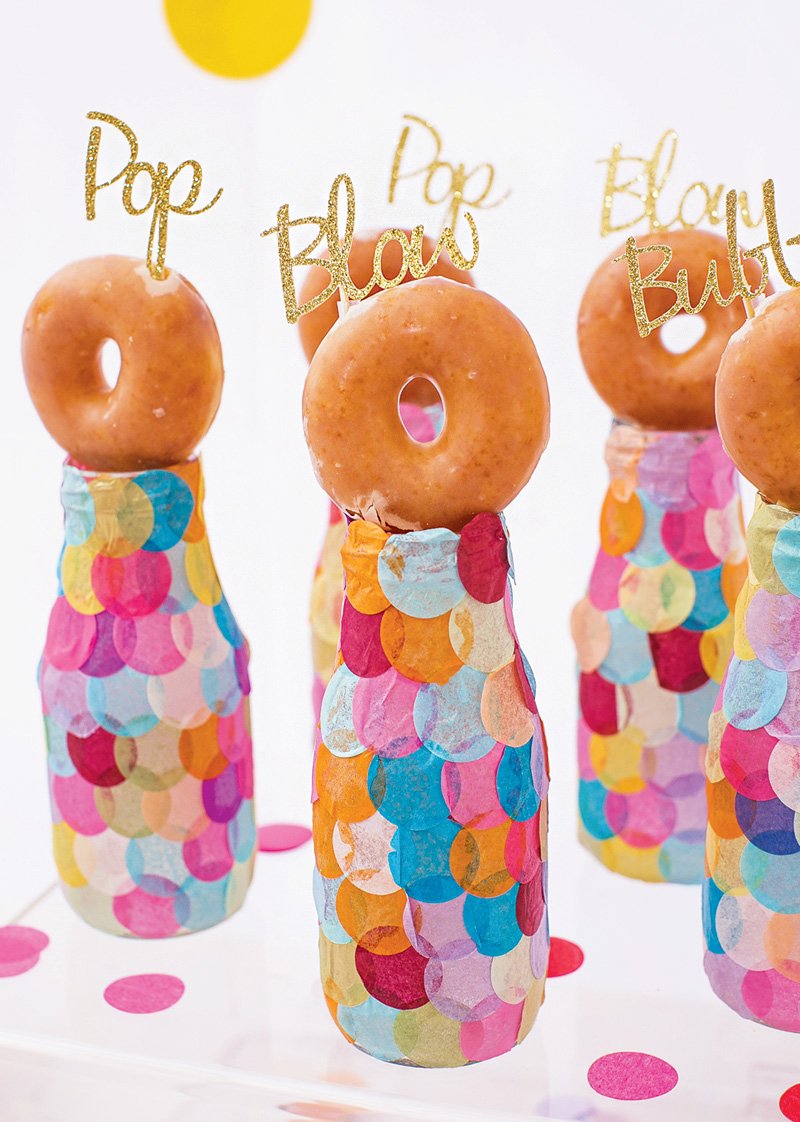 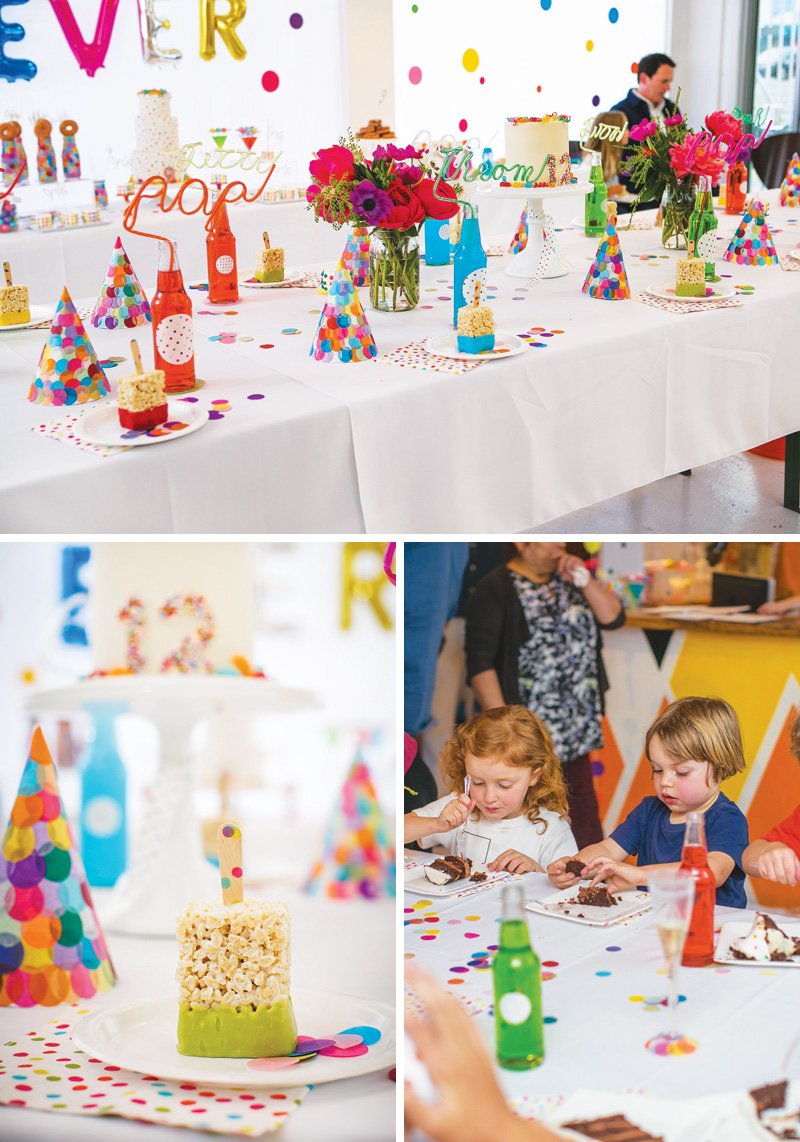 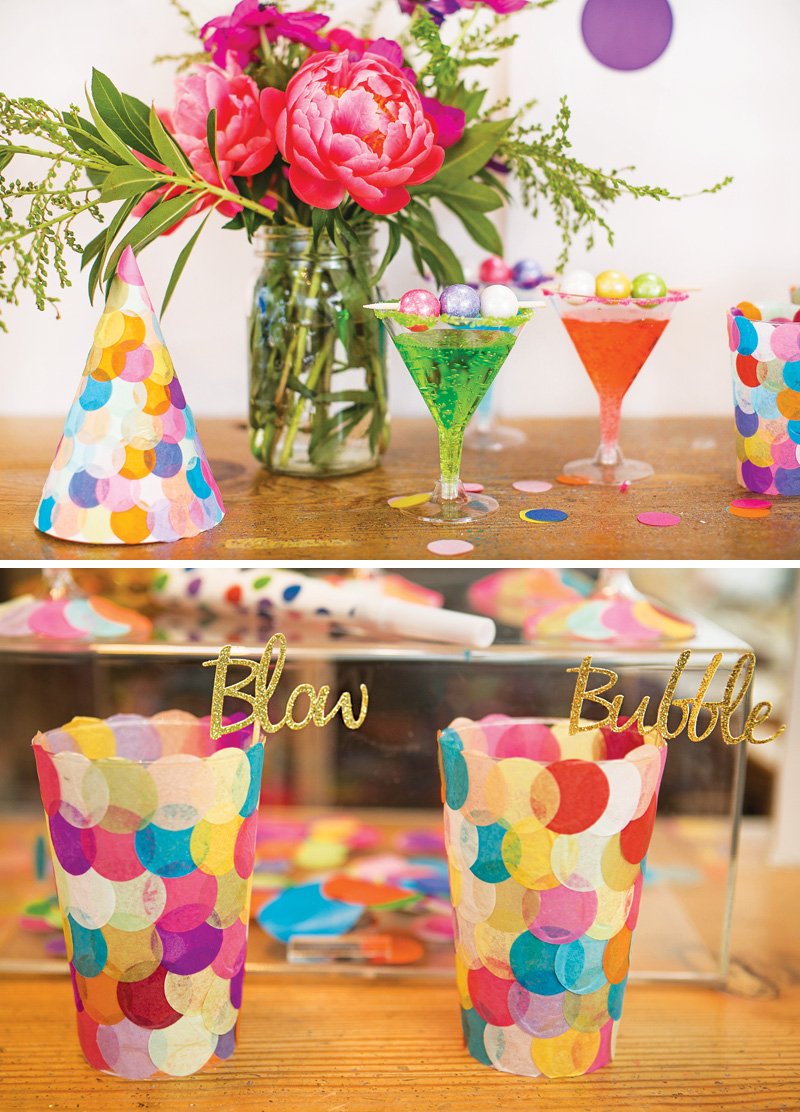 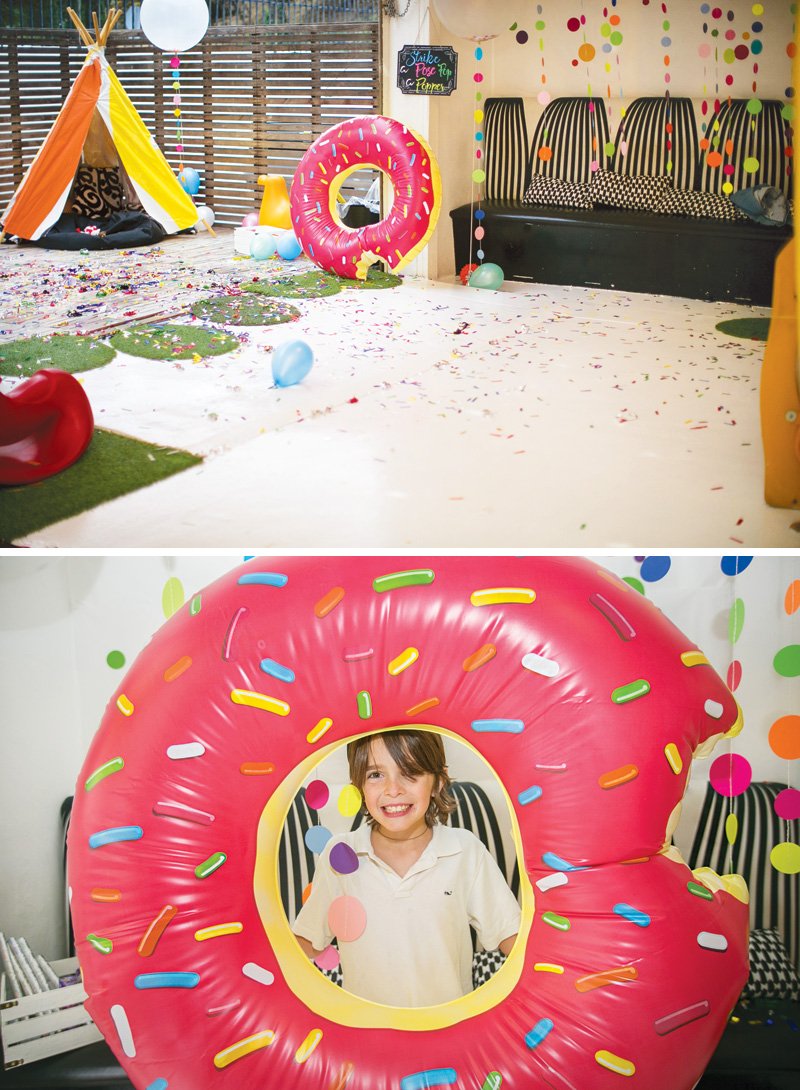 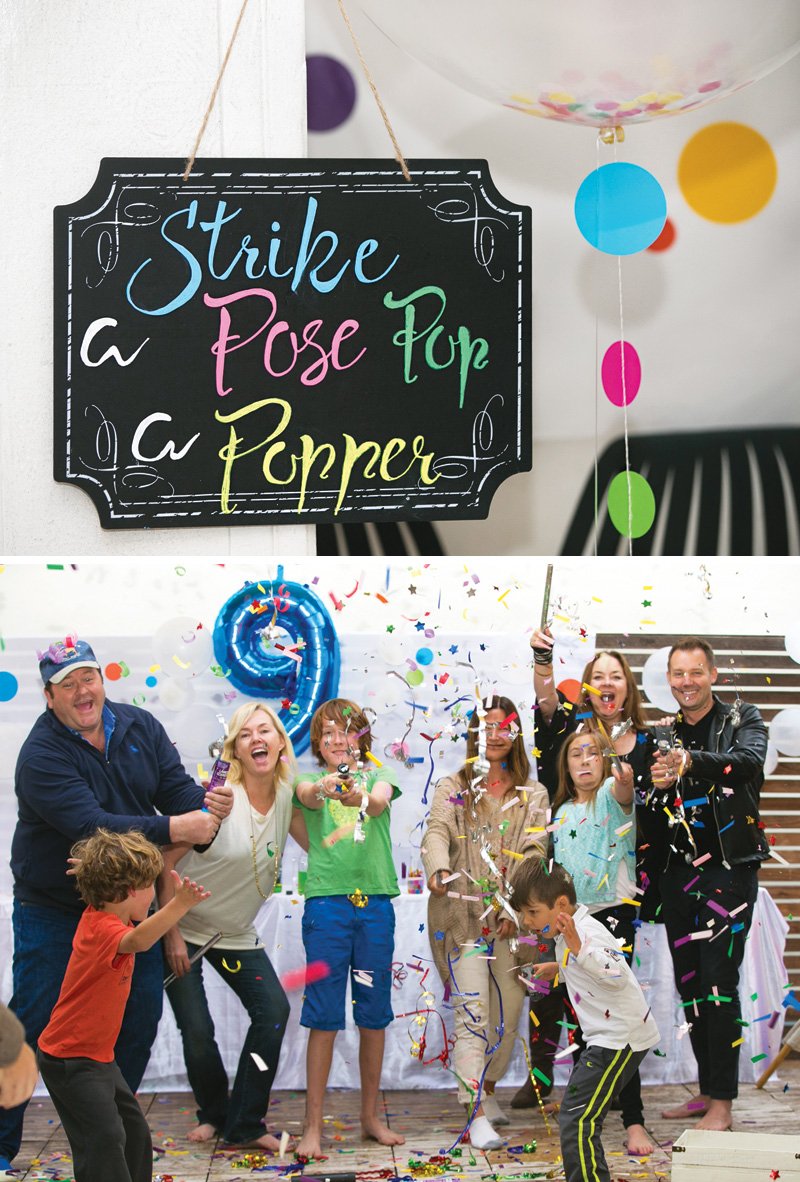 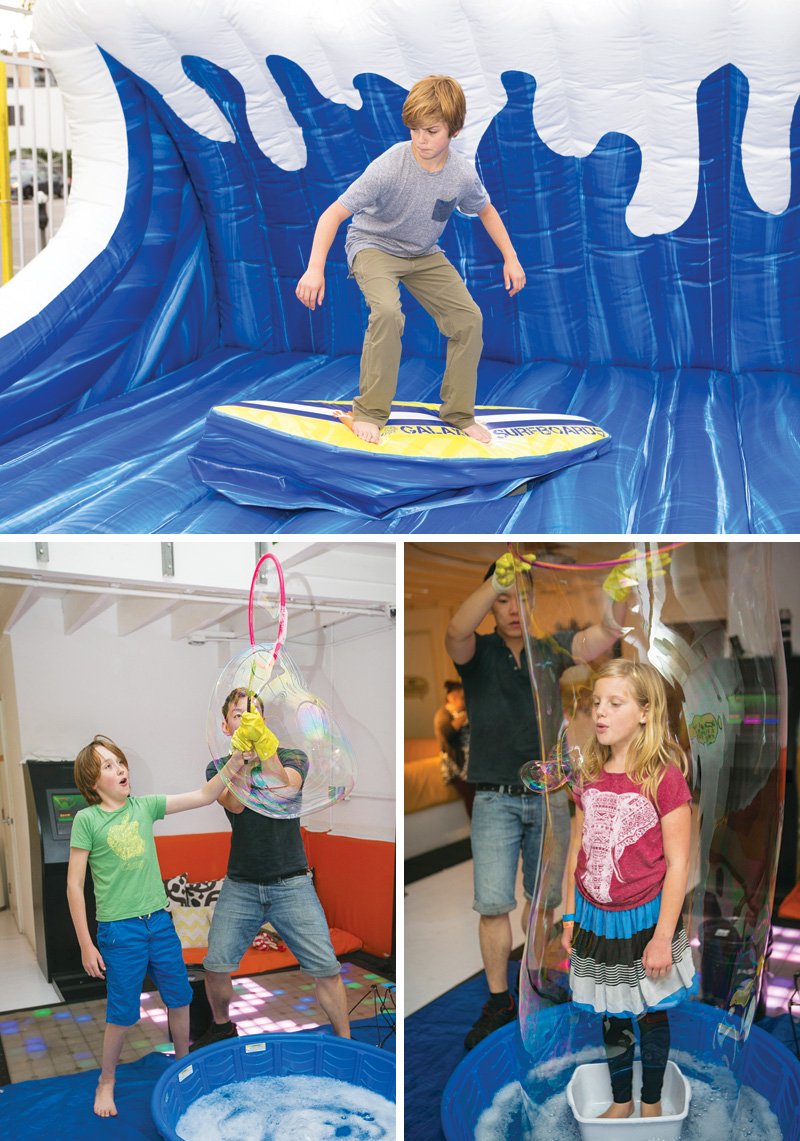 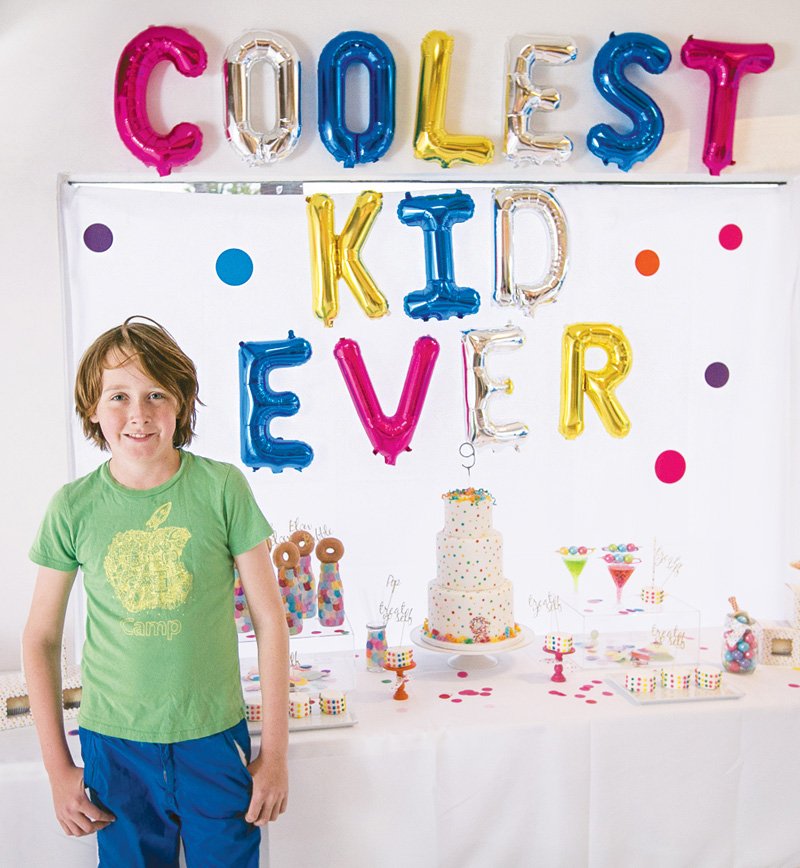 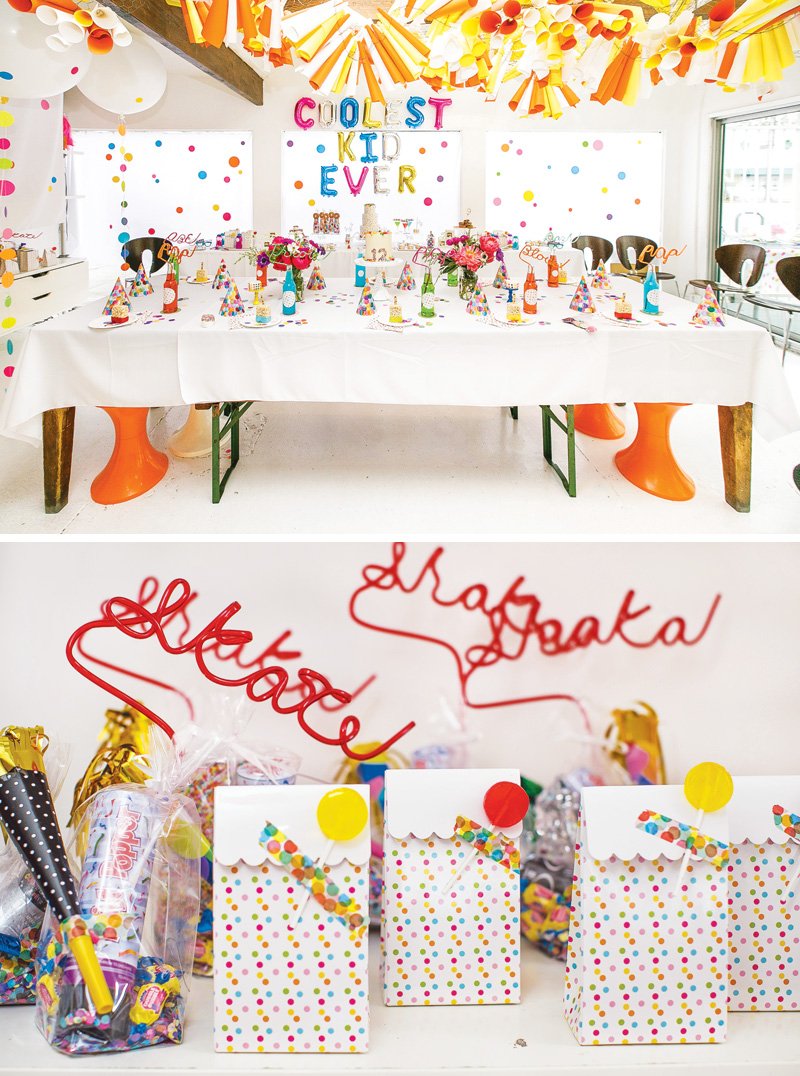 PARTY DETAILS, as told by Lucinda…

I had such a blast designing my son, Abe’s 9th birthday party! I own the kid’s play and party space the COOP in Studio City so I am always trying to come up with different and unique ways to PARTY while still allowing my son to get what he wants! So as soon as I heard him utter the words “I want SPRINKLES, and DOTS and please throw in some CONFETTI,” I knew it was going to be great.

I decided on a white backdrop as I knew that would make everything pop and I then set about creating all things sprinkle, dot and confetti! I loved the idea of putting lots of dots on the backdrop but felt it might take too long to paint, so I found some super affordable sticker dots on Etsy and stuck them on with ease the day of the event. I bought a ton of tissue paper and then used my smallest circle hole punch to create lot’s of confetti dots. I now know why people charge a fortune for these little dots — I went through a lot of tissue paper! I glued the confetti dots to paper cone hats and I just loved the effect so I glued more dots on milk bottles and then champagne glasses.

I always do something for a table setting and I thought it would be cute to have a rice krispie treat on the plate sitting on the dot confetti. I added more detail by using dot spoons in the rice krispie treats made by Julie of Blue Cupcake. I added the confetti hats I made along with a colored soda pop — each one with a Krazy straw with words like POP, THROW, FETTI and BUBBLE at each setting. I also used the Krazy Straws as party favors for the kids and they loved them!

I love the trend of using balloons to tell a story so I decided to use mylar balloons as my banner. All I had to do was see my sweet boys cute smile to decide on “Coolest Kid Ever”.

One of my favorite treats was the marshmallows with candy dots. They took forever to do but the effect was well worth it. The sprinkle heart cone hat I made was another favorite and not terribly hard to achieve with a hot glue gun and some sprinkles.

For the bar area I printed “Throw Kindness around like confetti” and made super cute kid friendly martini’s. On the outside patio I wanted to create a dot and bubble effect with balloons and then added the giant 9 mylar balloon. I knew I wanted to create a fun photo area so I handmade large dot tassels and put some confetti poppers in a basket telling guests to strike a pose and pop a popper. Everybody loved it!