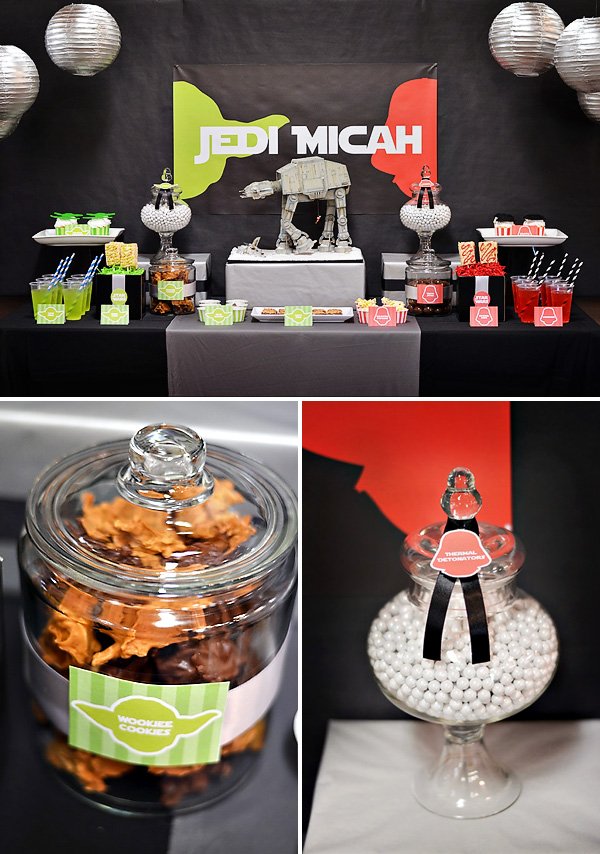 With the force on her side, Sherry Turley of Sweet Festivity designed this totally awesome Star Wars Themed Party (and her husband built the amazing AT-AT Walker model)! With nods to all our favorite movie characters and lingo, Jedi Micah’s 16th birthday bash is out of this world! (And if you’re on a quest for lots of Star Wars Party Ideas look here, here and here.) 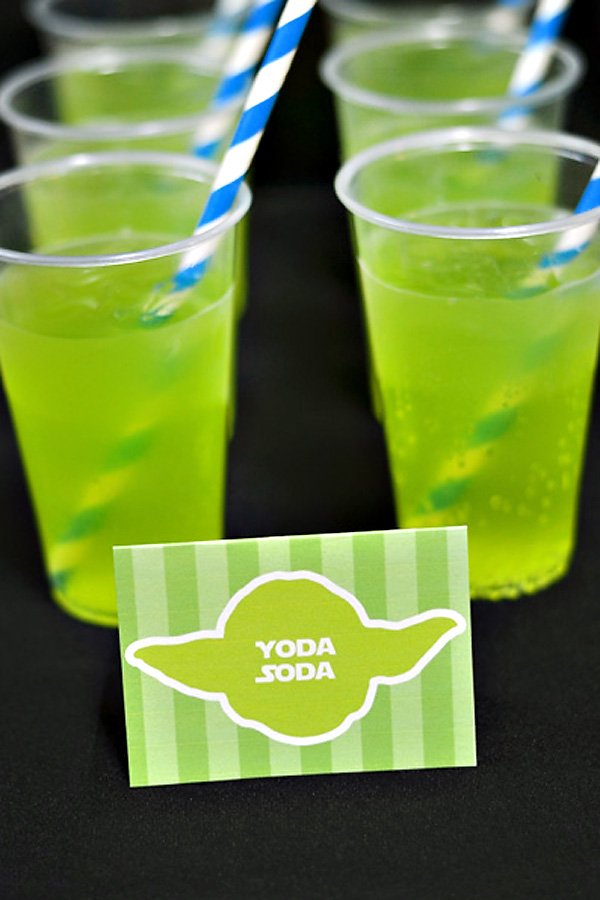 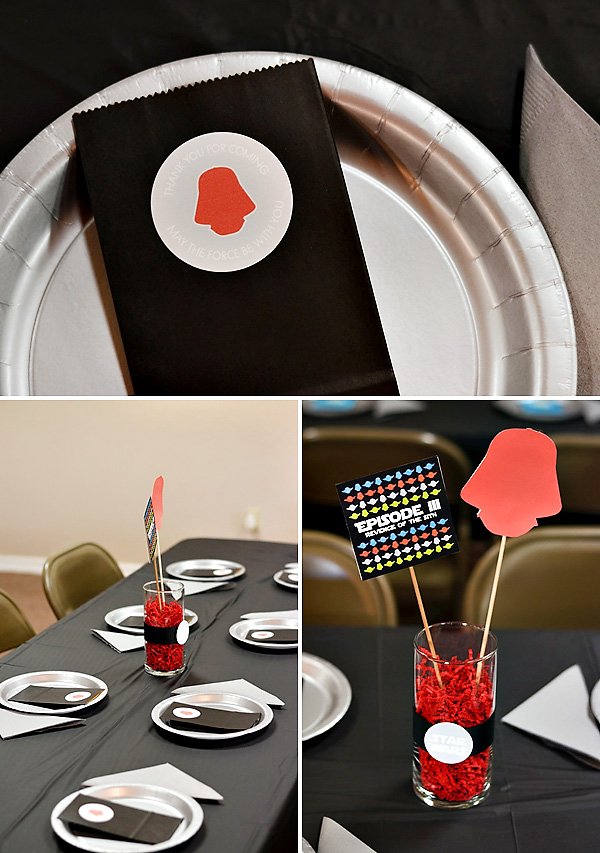 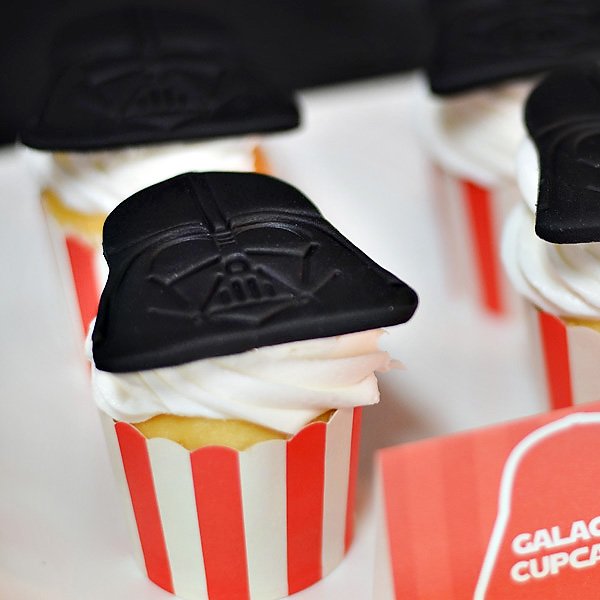 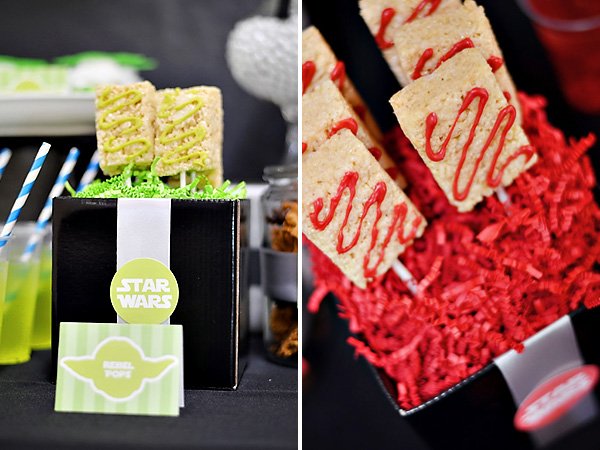 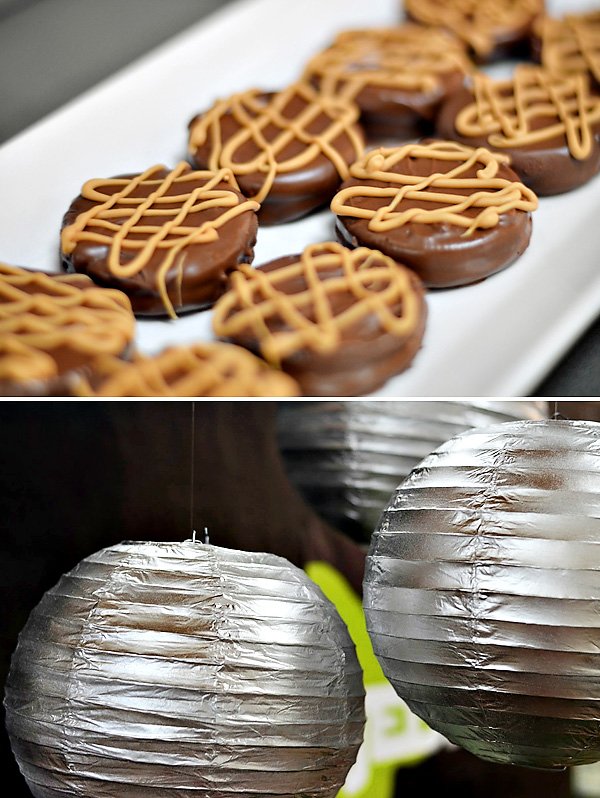 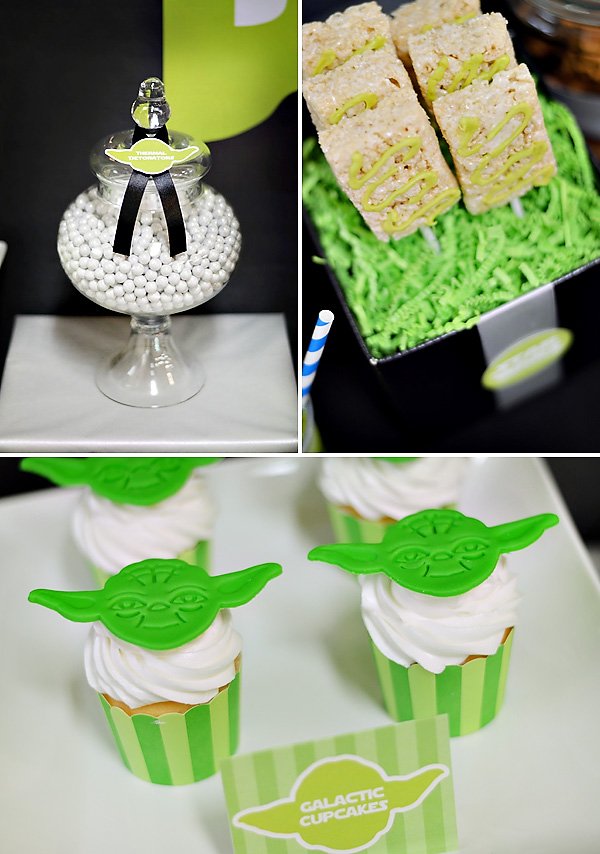 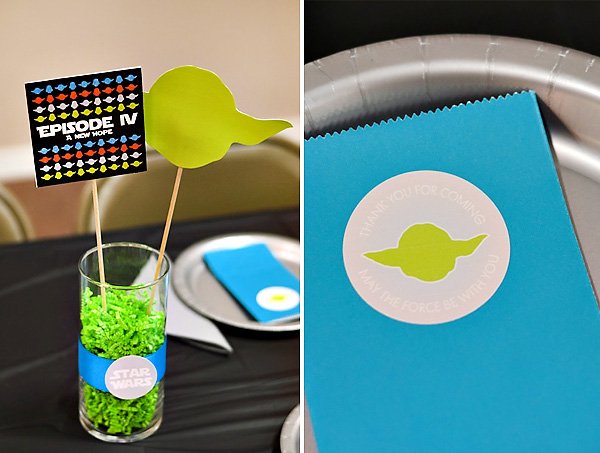 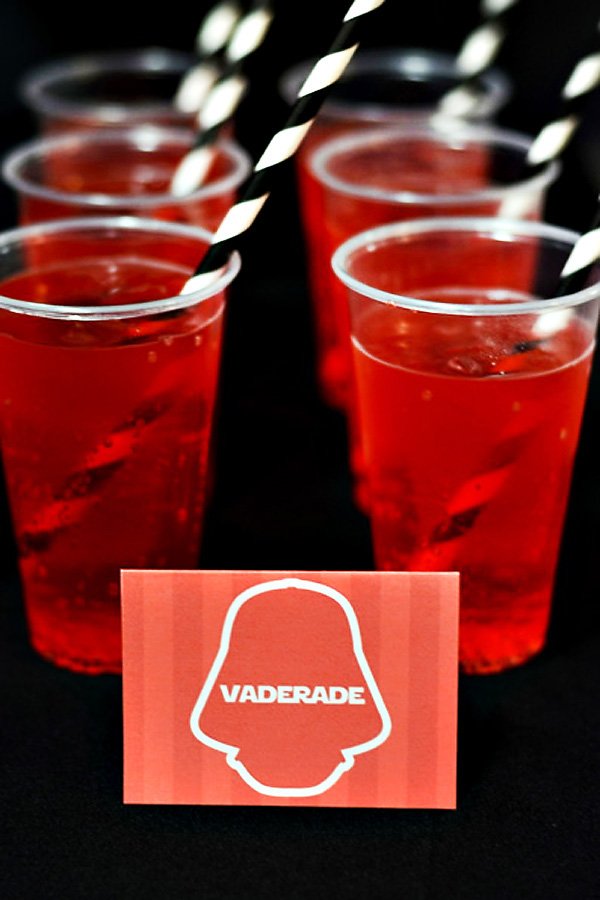 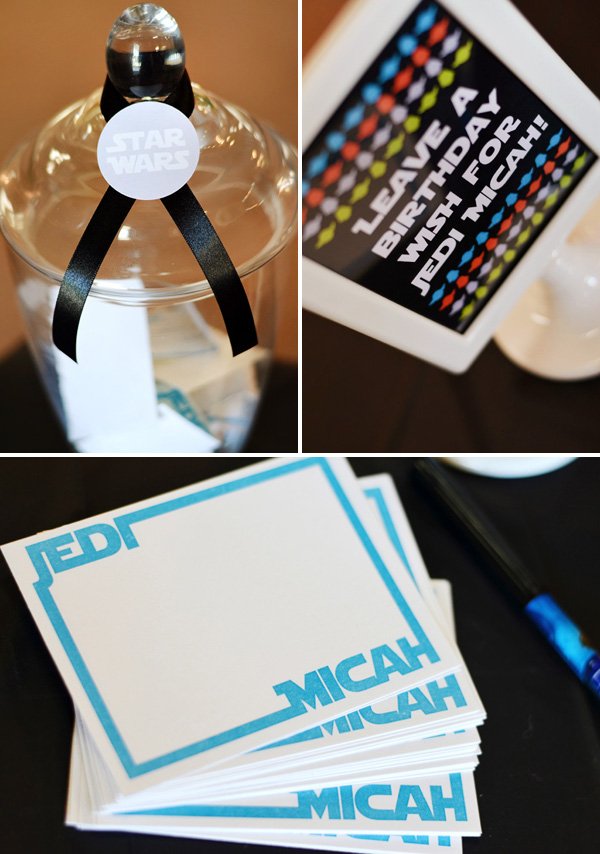 PARTY DETAILS, as told by Sherry…

This Star Wars themed birthday party was for a young man who was turning 16. His mom said he would love a Star Wars themed party and he has been a Star Wars fan since he was just a little guy (his dad wouldn’t have it any other way)! I began looking at Star Wars parties online for inspiration, but as a non Star Wars fan I figured it was time I conversed with my husband, who is a Star Wars fan, and get all the details. We watched every Star Wars episode so that I could understand it all.

I began brainstorming the theme/color scheme and came up with the colors from the light sabers as the color scheme (red, blue, and green). I really wanted the party to be more grown up so I chose shades that were bright and modern. I designed a silhouette of Yoda’s head and Darth Vader’s head, these became my “mascots.” The silhouettes were used for the invitations, backdrop banner, and centerpieces. After creating the “mascots” I came up with the idea to break up the dessert table based on “the light side” and “the dark side.” I put all of the green and blue items on the left side and the red and black items on the right side. All of the food was labeled with Star Wars characters and terms. Here is the list…

My husband is a model builder so he build a model of the AT-AT Walker scene as a gift since we personally knew the birthday boy. I used that as the centerpiece of the dessert table. For the centerpieces of the guest tables I used the episodes as the table numbers, along with a hand cut silhouette of Yoda or Darth Vader

Instead of doing a guestbook, I created small cards for the guests to write a birthday wish on. An apothecary jar was also on the table so that they could drop their cards in there. I just so happened to luck out at Michaels and found some Star Wars fine tip markers for only $0.50!