A Steampunk Under the Sea Birthday Party 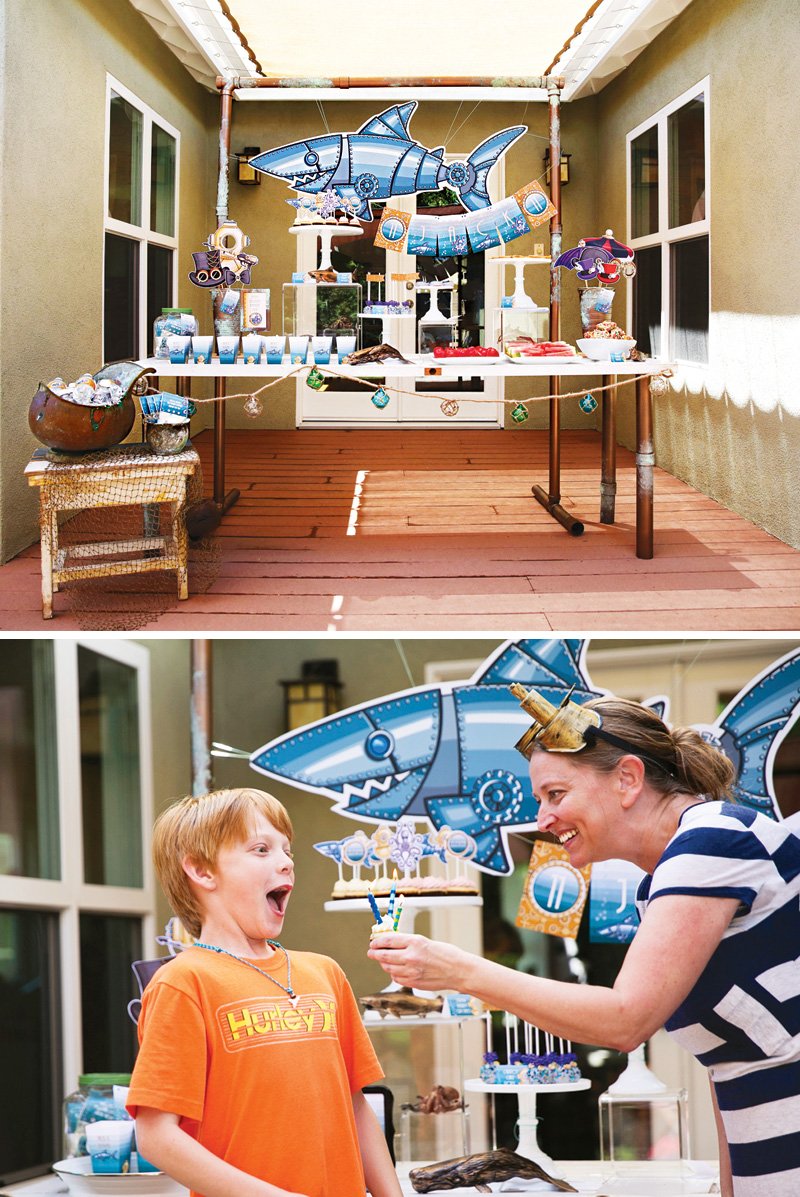 This may just be one of the most unique party themes I’ve ever seen! Ocean creatures + rusty steampunk details + outdoor games & crafts — talk about catering to your guests.  😉

Since her son’s love for sharks had not waned since the year before, Abigail of Paper & Cake geared up for this year’s party by putting a spin on a classic under the sea theme. She added rivets, gears, and other steampunk details to take the “shark party” to a whole new level!

The resulting Eleven Thousand Leagues Under the Sea Party is one that I’m sure the birthday boy and his guests will not soon forget! 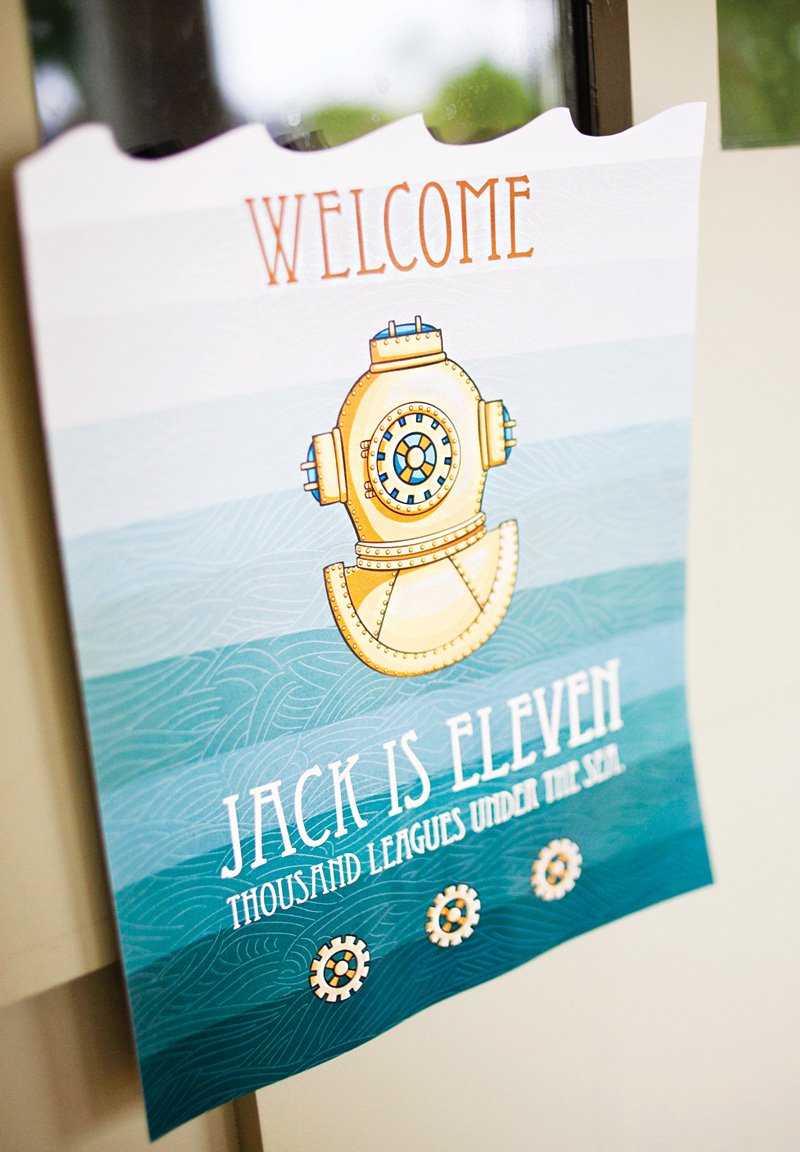 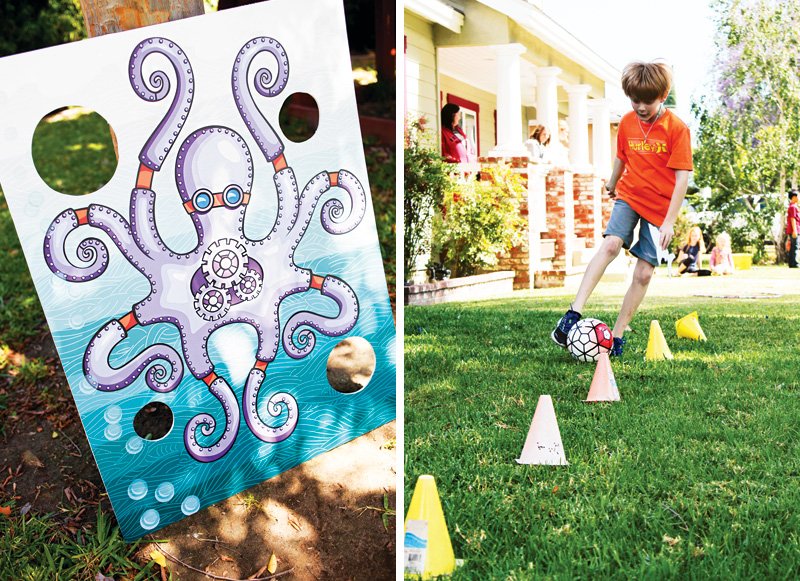 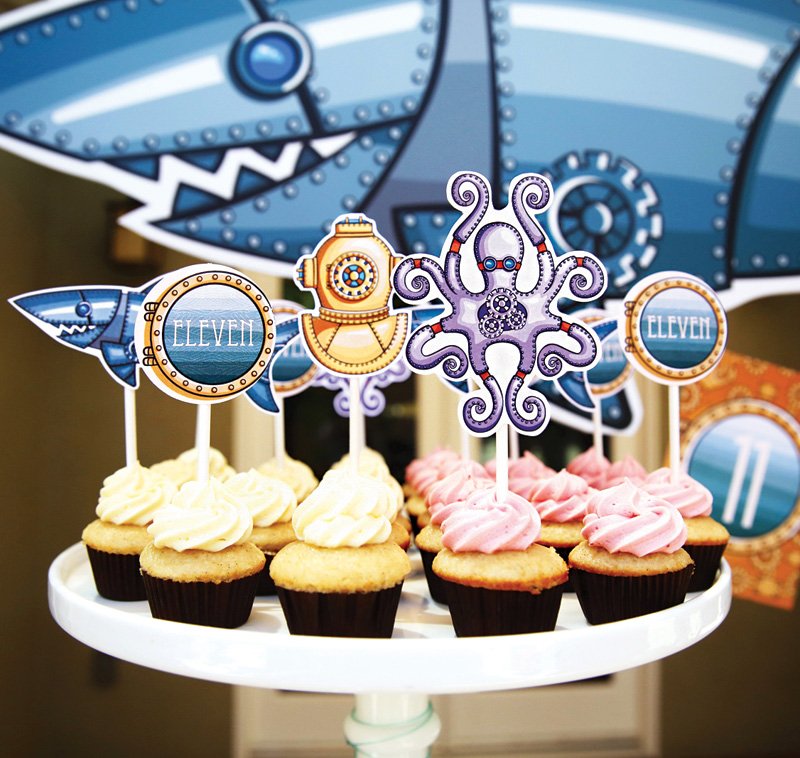 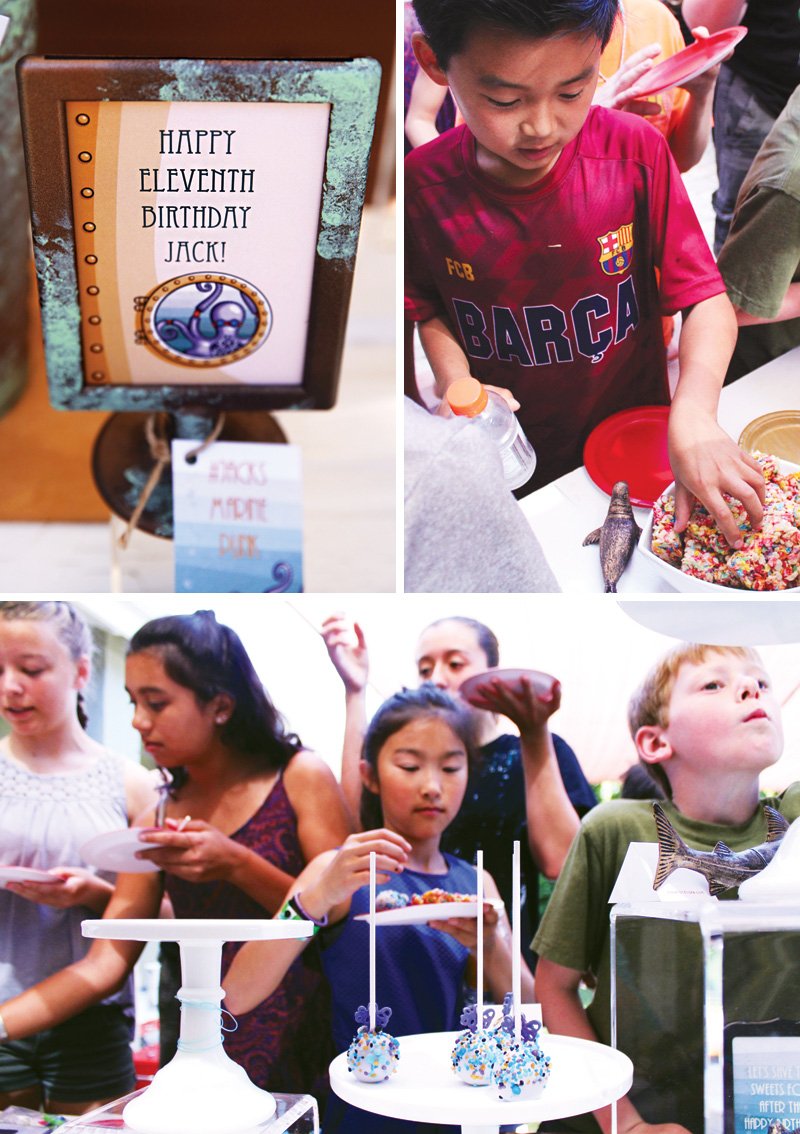 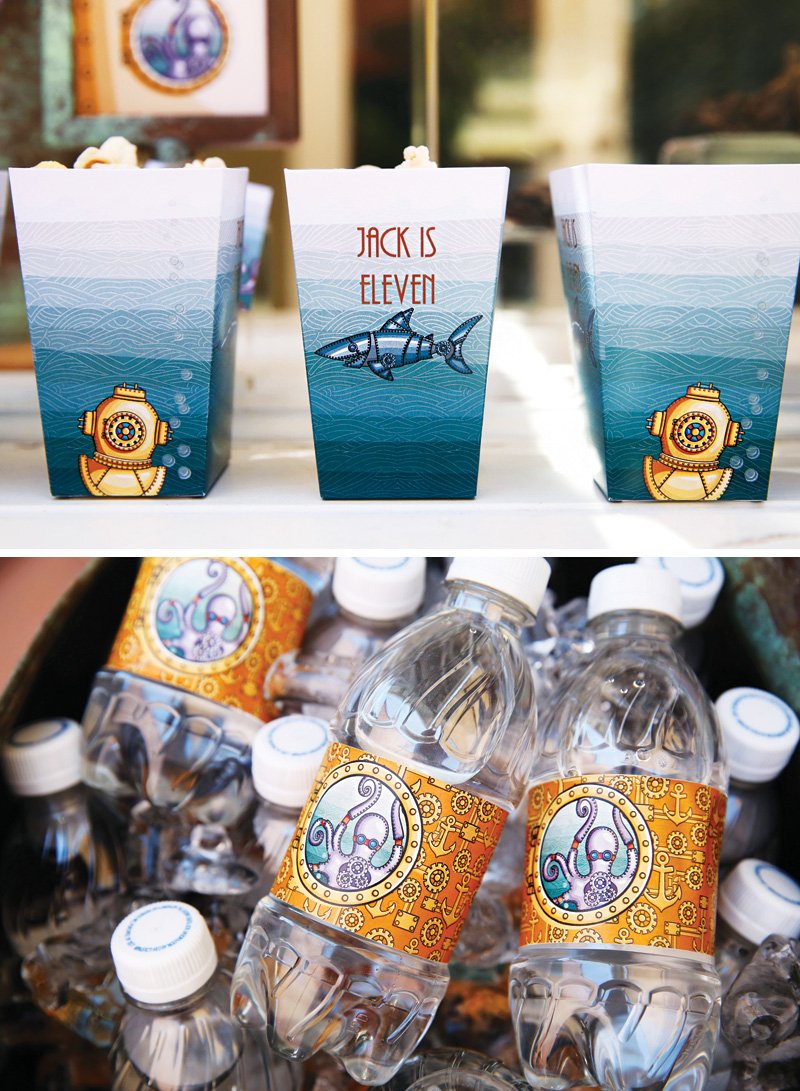 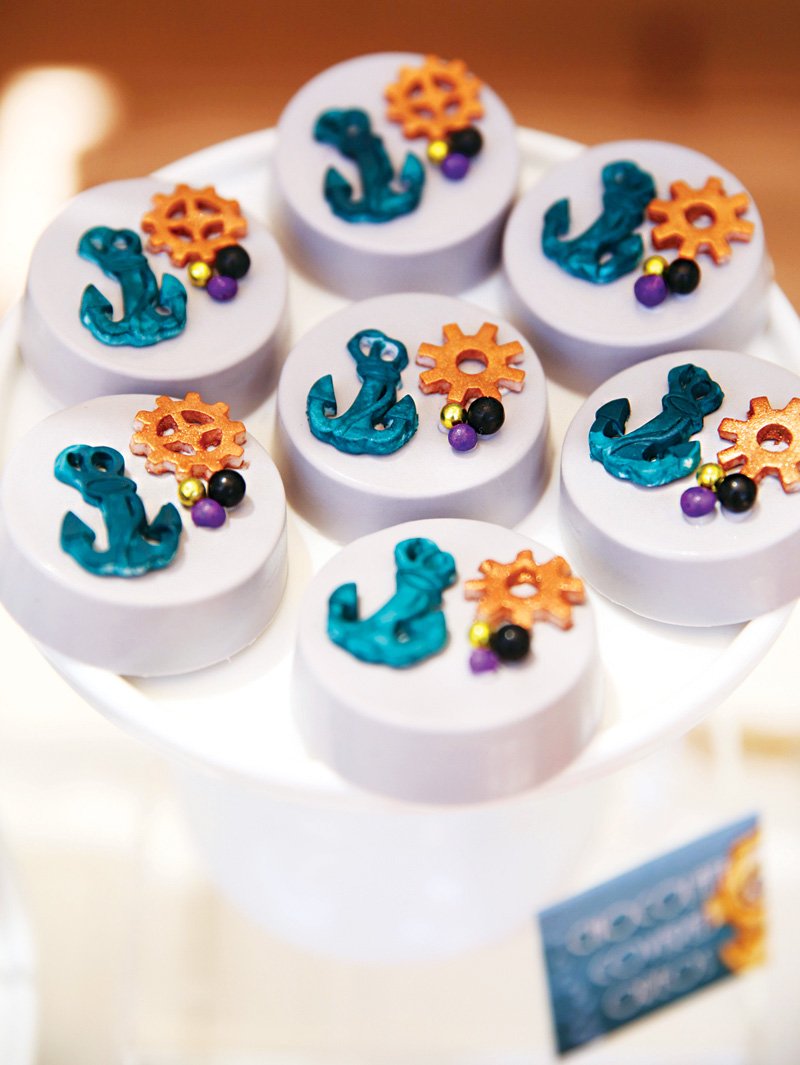 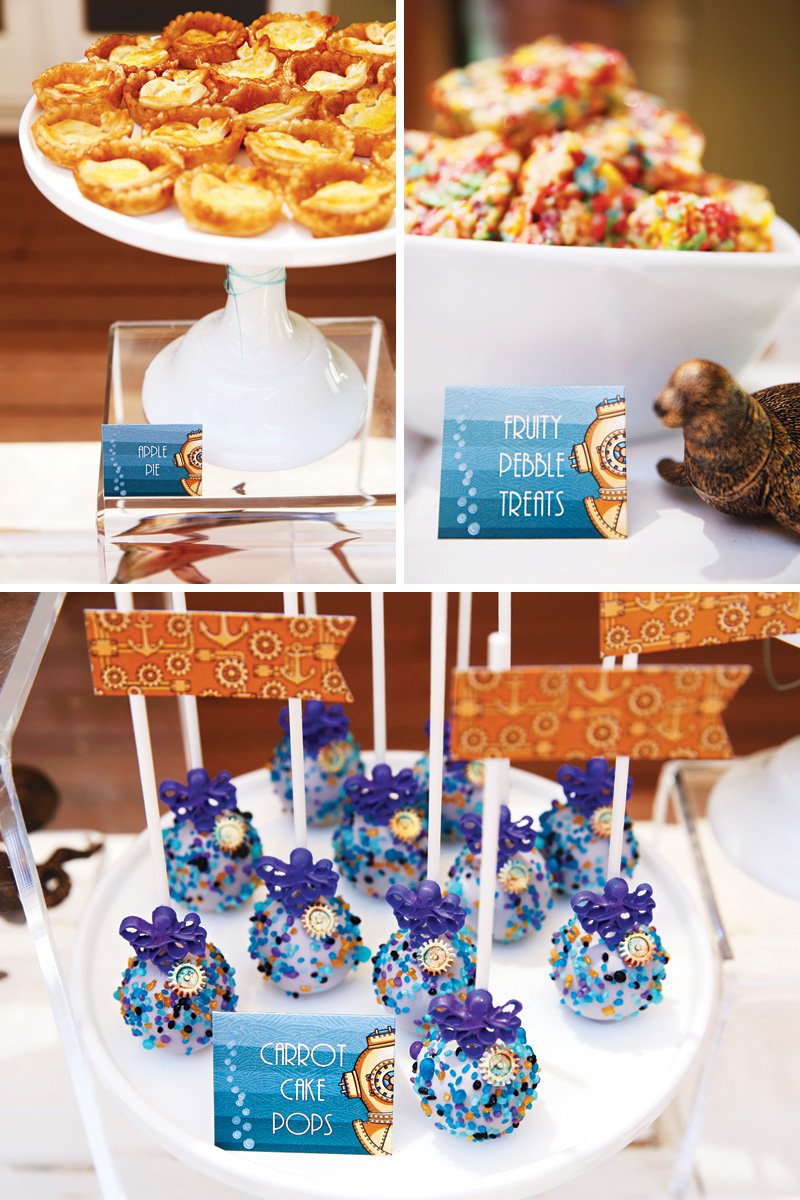 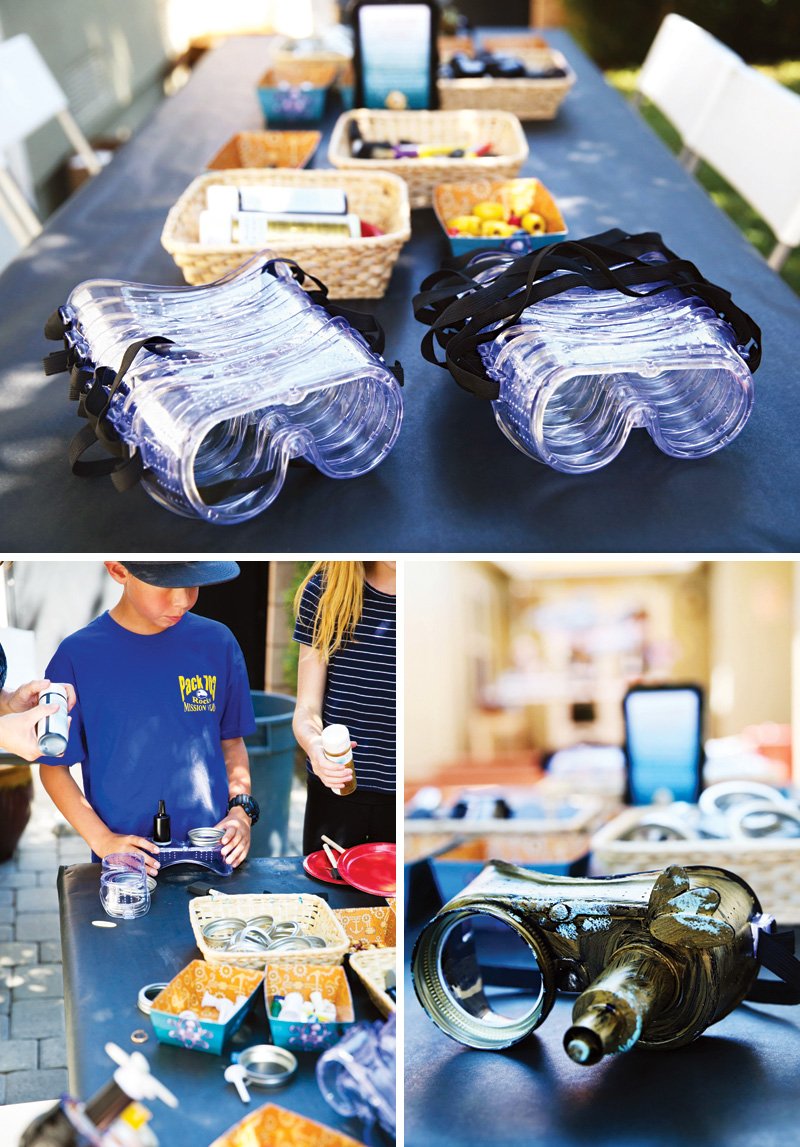 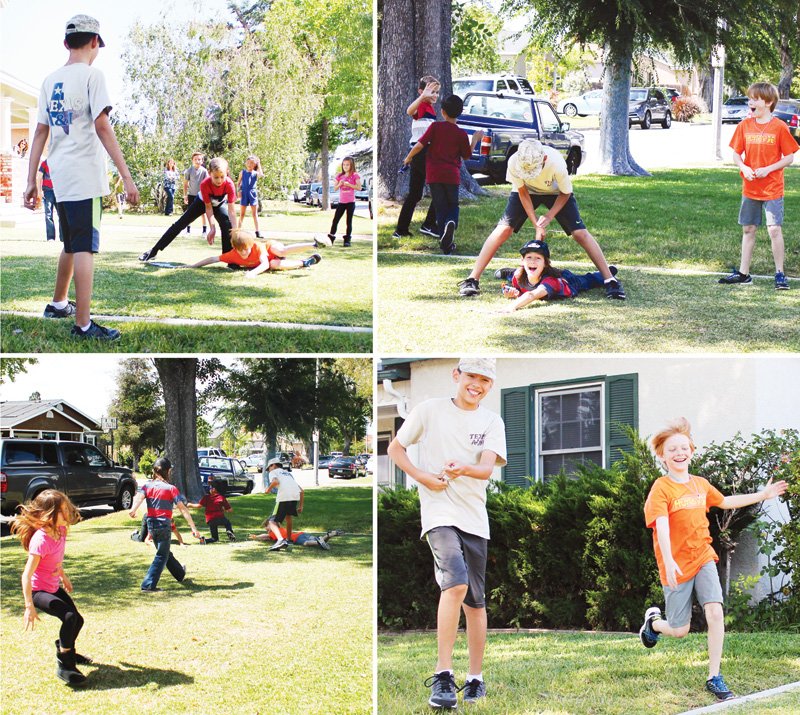 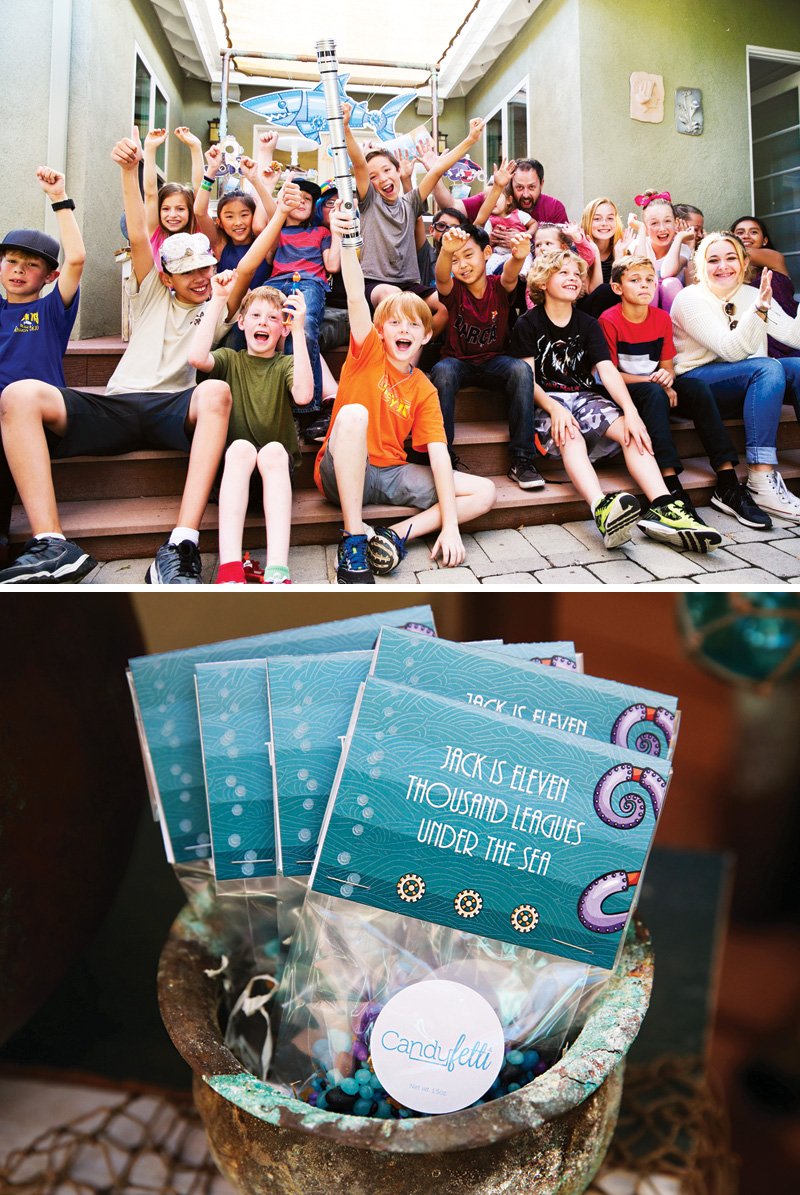 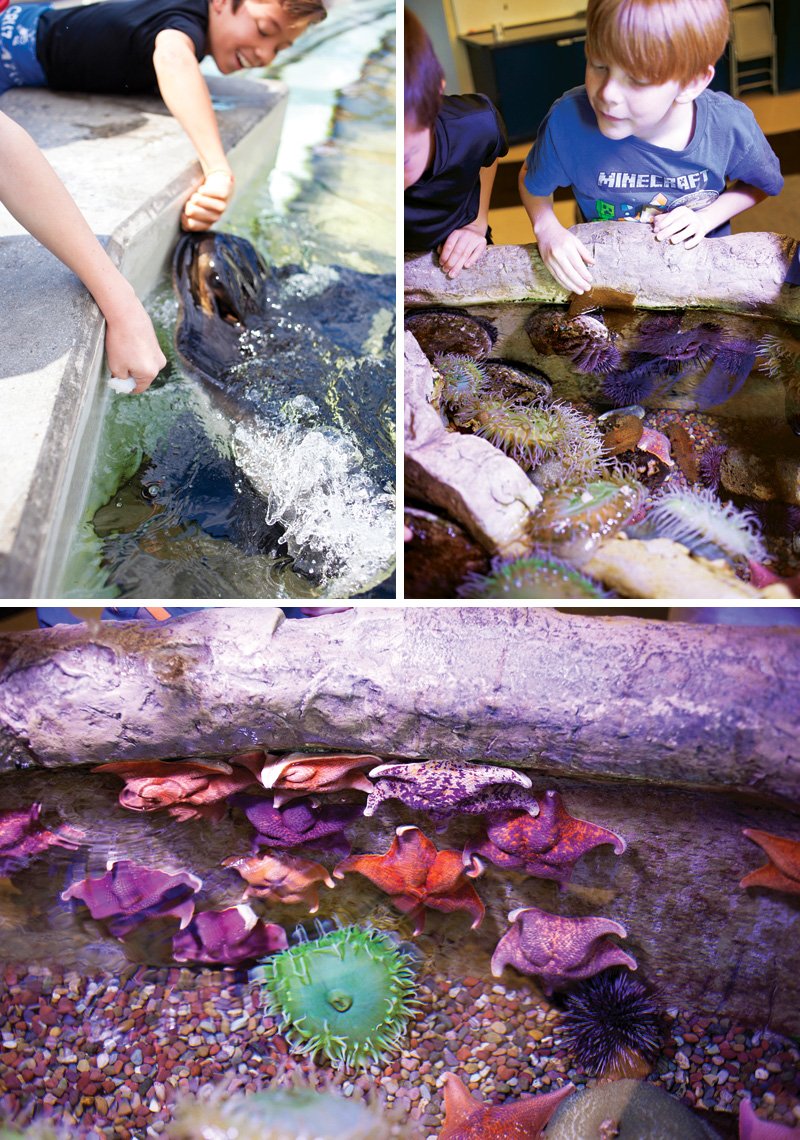 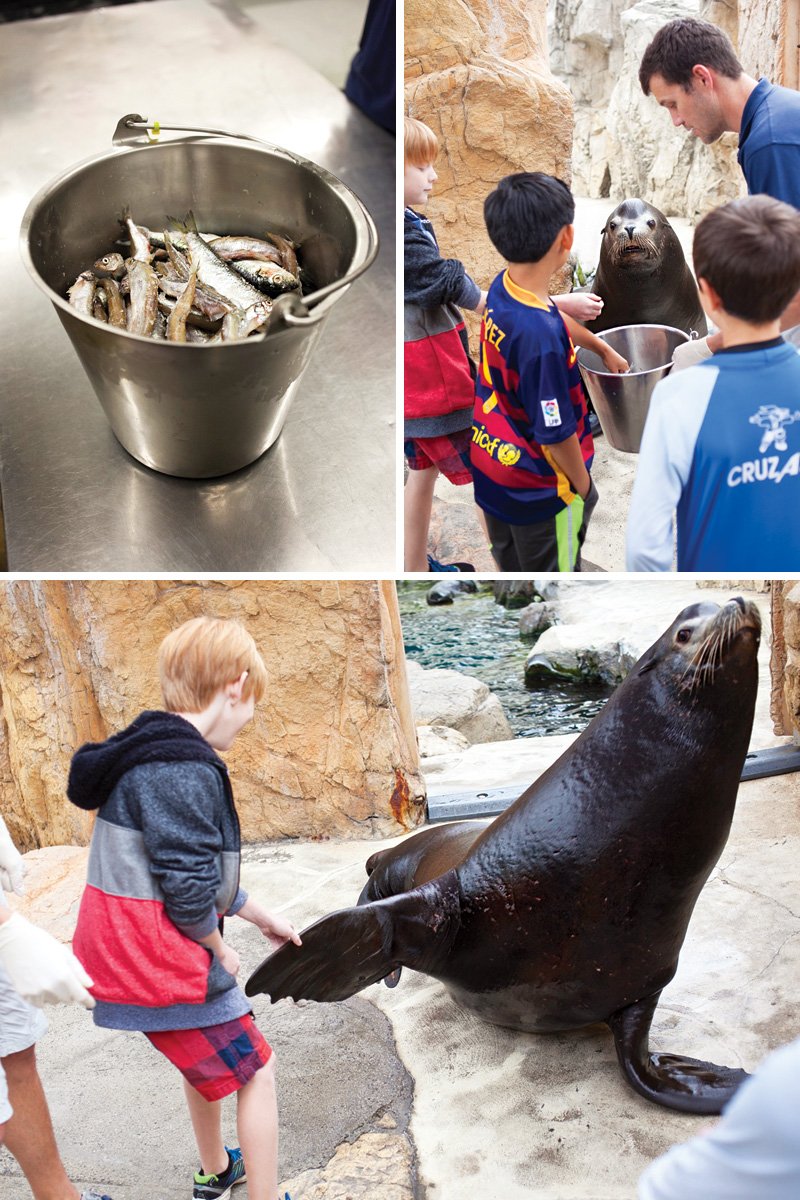 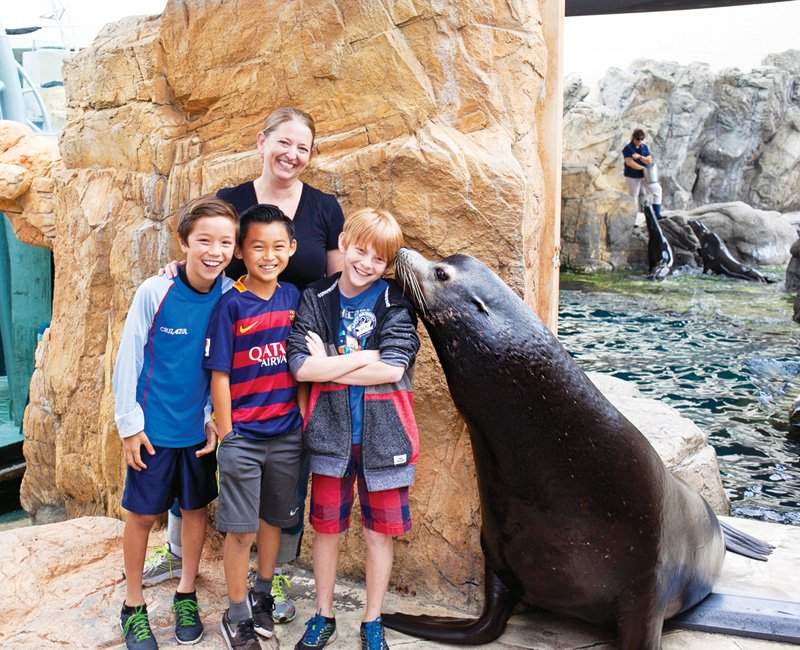 My son Jack has an obsession with sharks, has even known for years that he would like to be a marine biologist when he grows up. When I asked him what theme he would like this year, of course, he asked for sharks — for the second time!

Now, I really wanted to make this “under the sea” theme happen for him, but at the same time make it age-appropriate for an 11-year-old, and of course, cool enough for my kid.

I’m not sure how I came up with it, but, the word “steampunk” almost immediately came to mind for a new and unique style for the graphics. And when I did some research, a Jules Verne classic came up — “Twenty Thousand Leagues Under the Sea,” which totally fit my vision and I ran with it!

Jack’s “Eleven thousand Leagues Under the Sea” birthday party could not have been more fun! Let me back up and start at the beginning…

Early in the morning, we took a special trip to the Aquarium of the Pacific and had a behind-the-scenes tour and animal experience. It was just amazing to be able to prepare food for a 750 lb sea lion, and then feed him!

Then, off to the party, we went…

Our dessert table had the most imaginative details from any party I’ve ever designed. From the rusty, corroded pipes holding up our giant steampunk shark to small metal marine mammals on the tabletop (we faux painted the heck out of anything that wasn’t nailed down)!

We put out some light snacks (fruit, popcorn, and water) for the kids to grab whenever they needed.

We always have a themed craft project to work on at Jack’s parties, and this one topped the rest! They made custom steampunk goggles made from plain safety goggles, plastic bits and bobs, paint, and a ton of kid imagination.

After they crafted for a while, we all met in the front yard for some fun activities like target practice on an octopus sea monster, “kick the can” (but with a shark instead of a can), and an epic relay obstacle course!

And when the kids felt the need for some selfies and silliness, we had a photo booth set up with an instant camera and ridiculous paper photo props.

After singing the happy birthday song, blowing out candles, and eating the best birthday treats ever, the kids posed for one last group photo before they grabbed a party favor of Candyfetti from Sweets Indeed and hit the road.

I’m seriously exhausted and smell like fish, but, I love you, and Happy 11th Birthday Jack!!