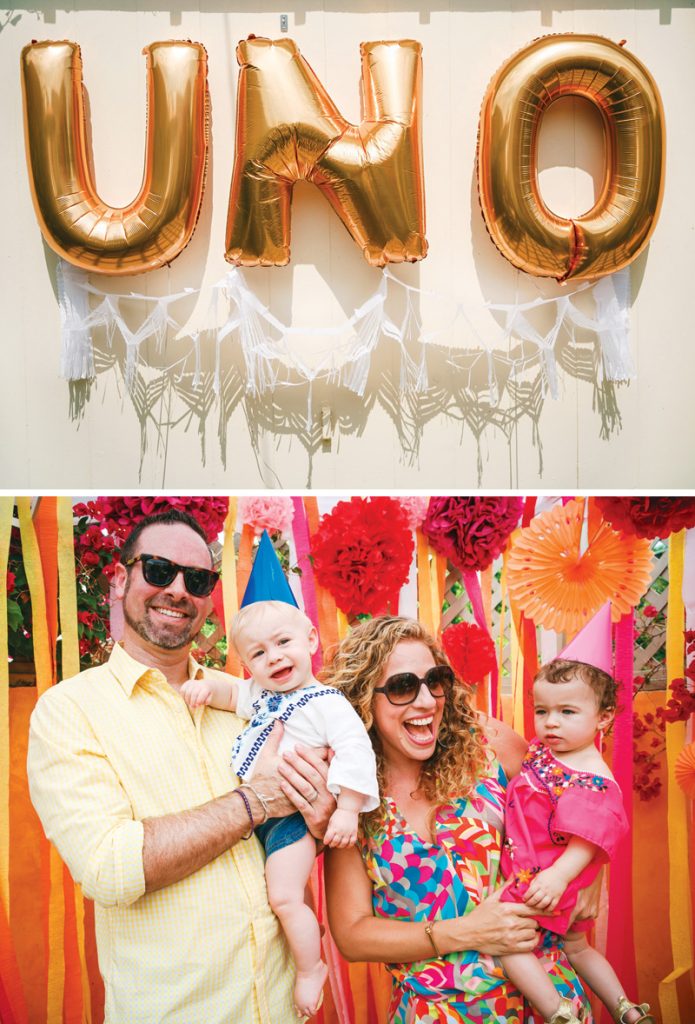 That old adage of “it takes a village” rang true as ever with this super cute Twins Fiesta & Travel Themed First Birthday, as dreamed up by mom, Alesandra Dubin of Homebody in Motion, and pulled together with the help of countless (very sweet & talented) friends. You’d never guess that this colorful outdoor fiesta was almost ruined by rain… in July… in LA…during a drought! I love how they transformed their backyard for the party with streamers, papel picado & Dr. Seuss Oh the Places You’ll Go themed decor, the latter of which was inspired by the twins’ first passports!

P.S. Do yourself a favor and take a moment to read through mom’s party details below — they’re hilarious & filled with so many moments of… OMG, been there! :) 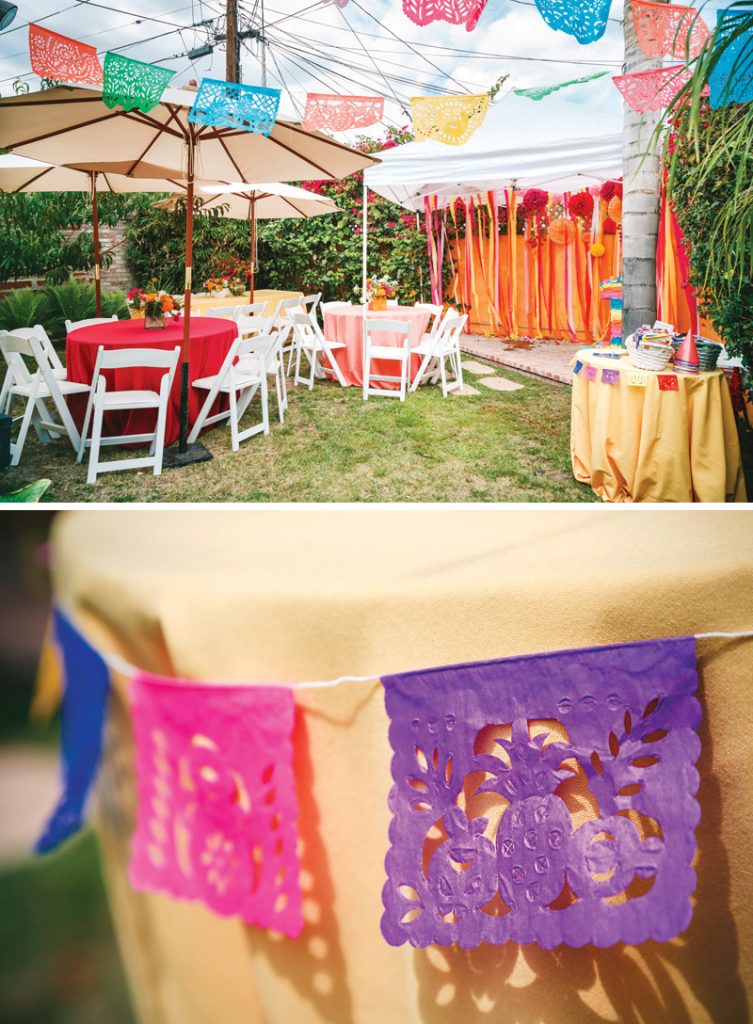 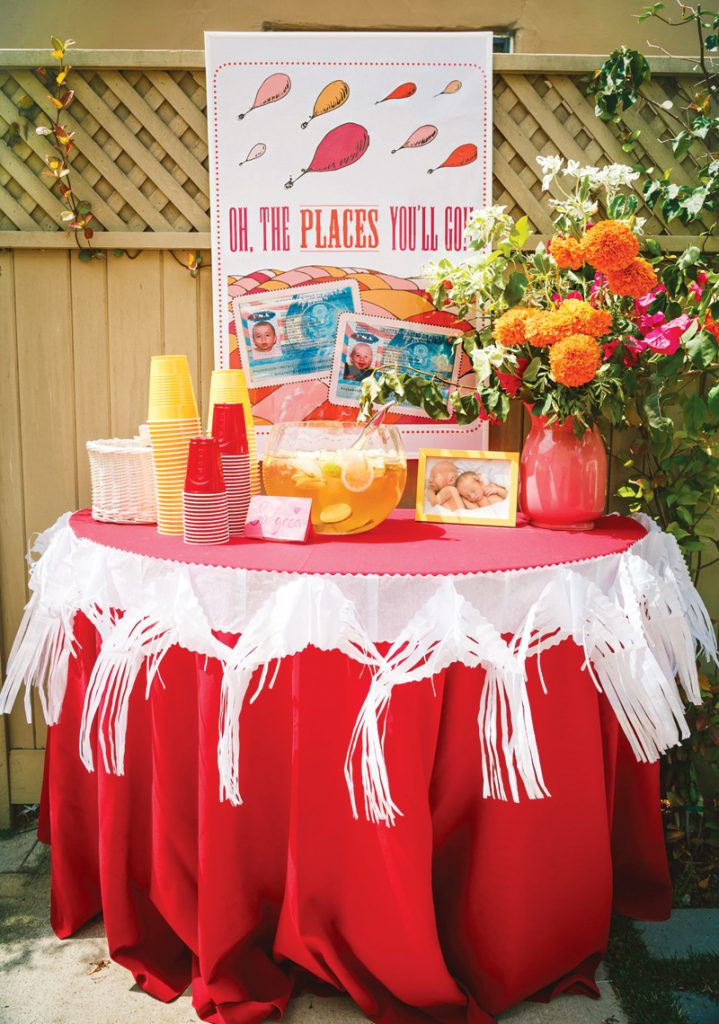 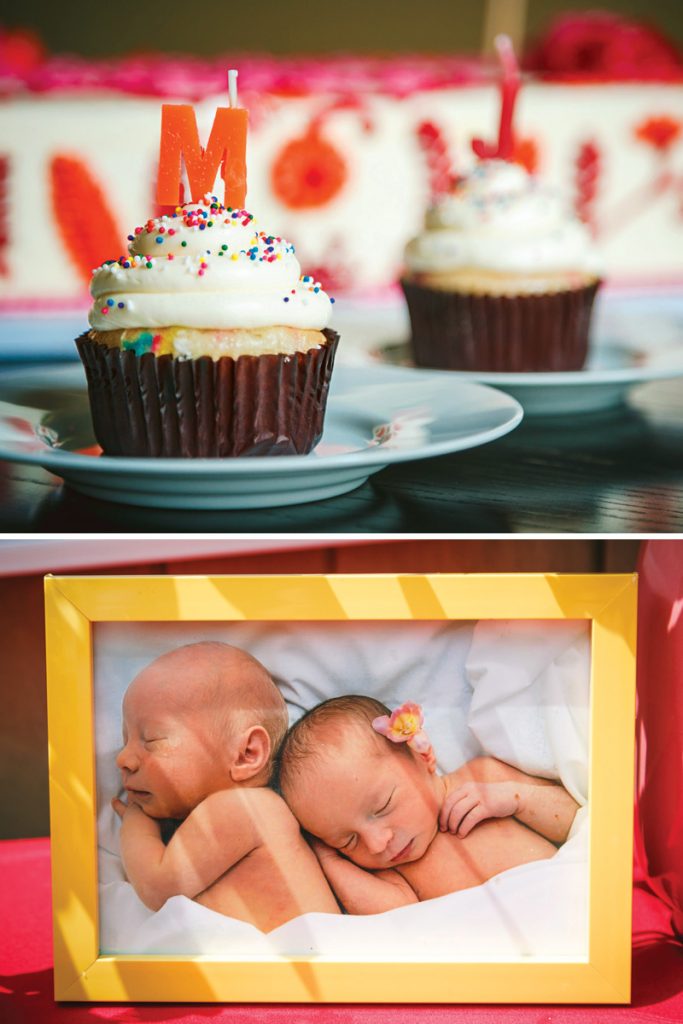 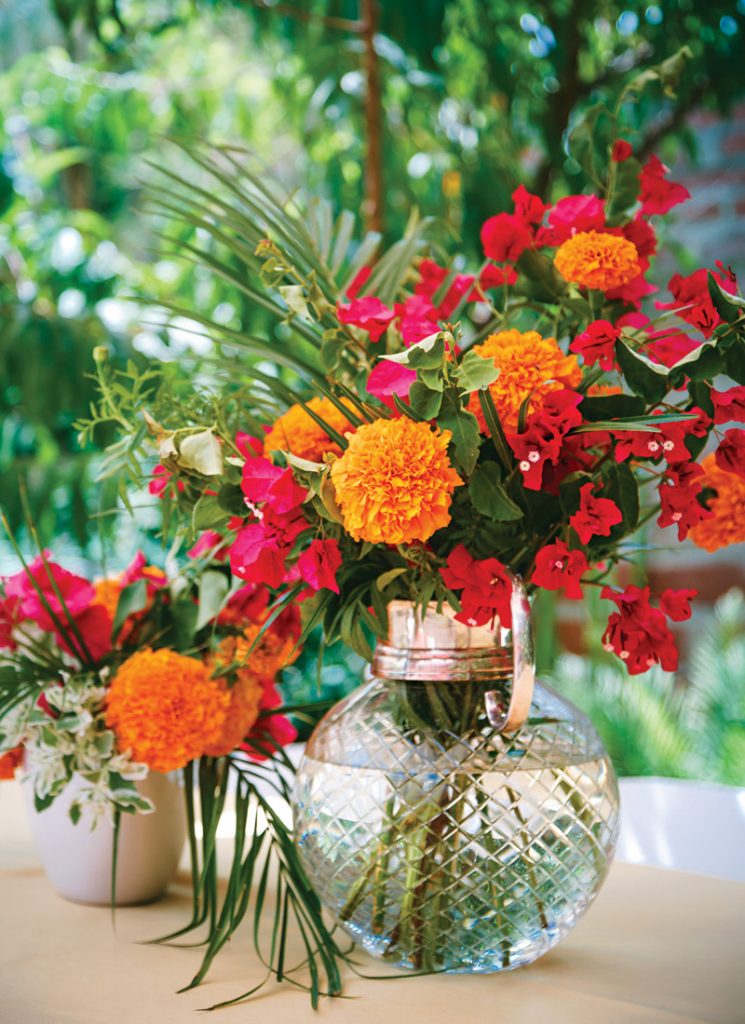 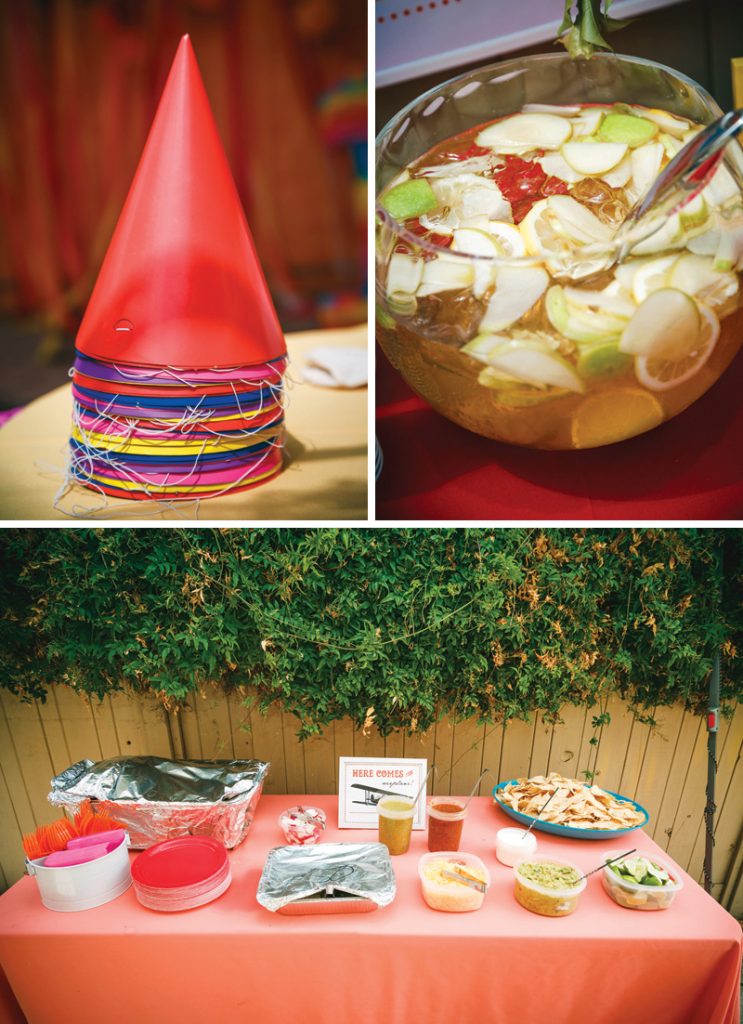 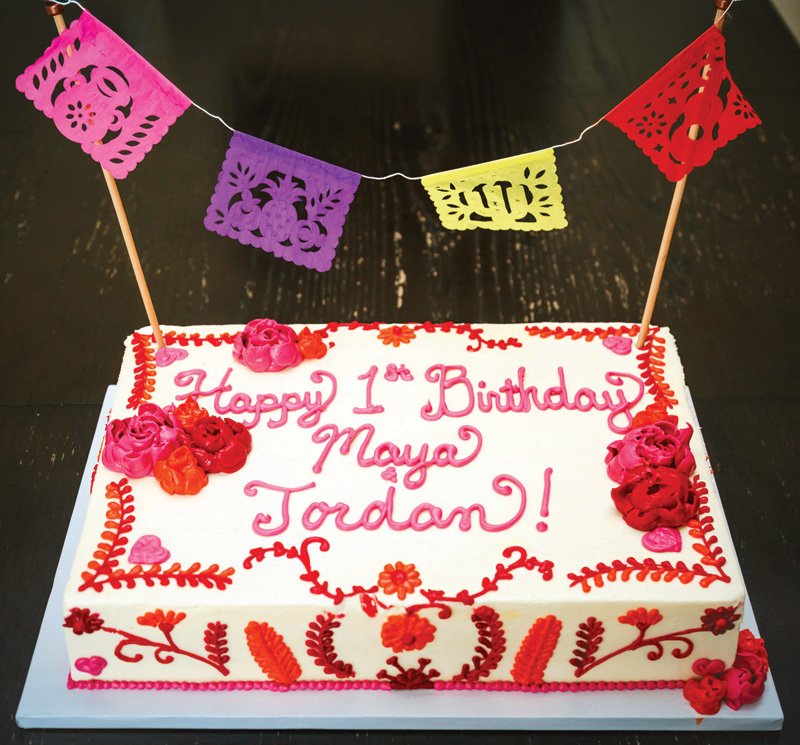 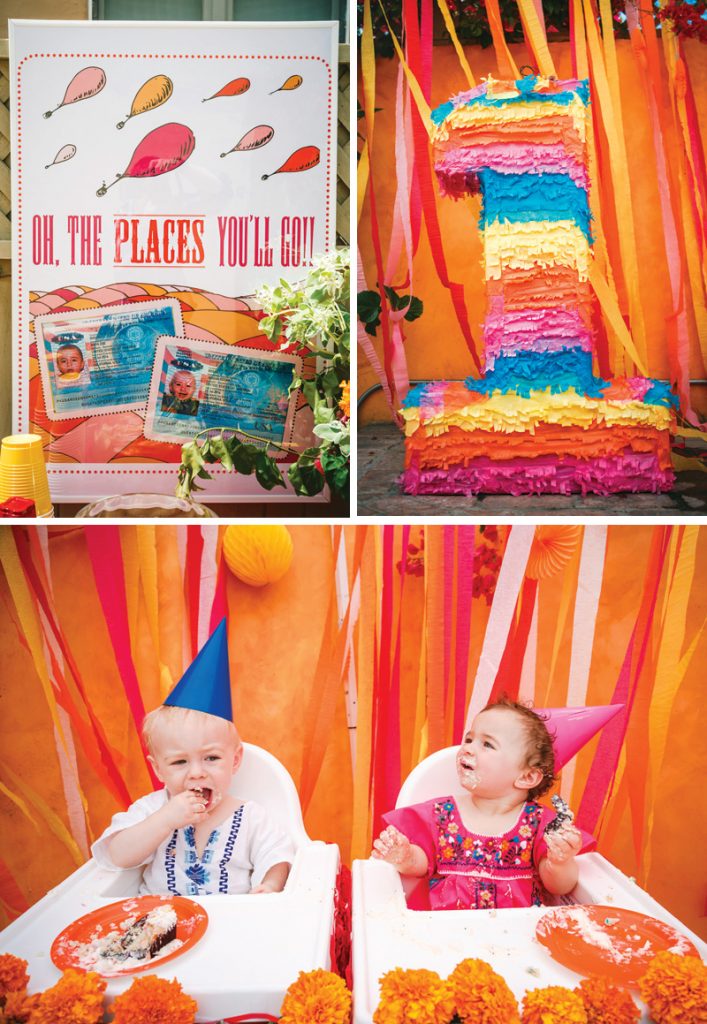 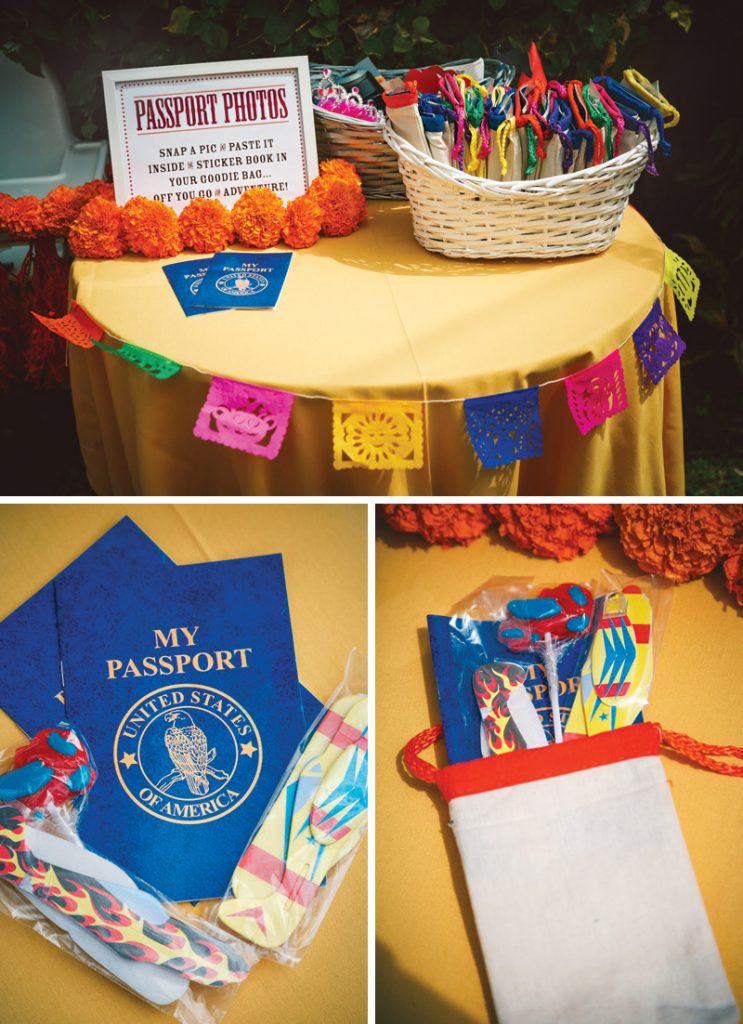 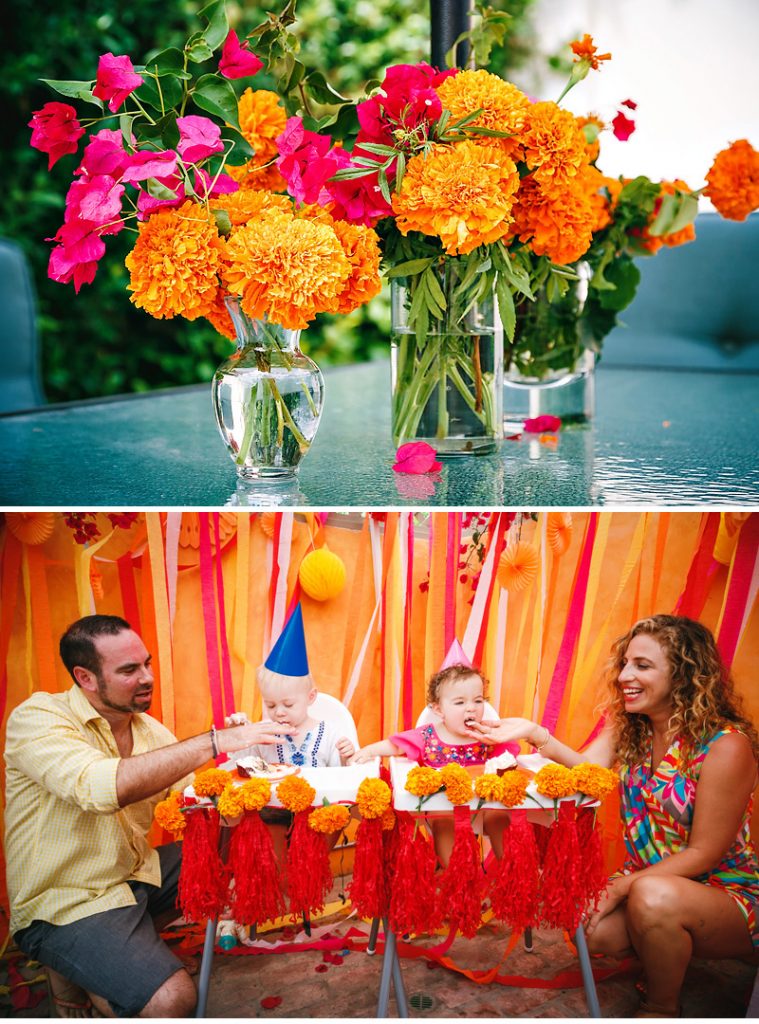 PARTY DETAILS, as told by Alesandra…

For this party, my husband had one request: he wanted to host it in the backyard of our home, our first house, where we brought our babies after we left the hospital, a place which he, in particular, has a deeply visceral connection (which is very sweet to see).

As for me, I had a few more ideas. After we got the babes their first passports and I saw how bonkers cute/hilarious the photos looked, I had this idea to make a sign that said “Oh, the places you’ll go!” and post those photos somewhere on it. From there, I loved the idea of a travel themed first birthday party. And then I thought of a “Here comes the airplane!” sign for the food table. Of course we’d have a taco cart, the crowd-pleasingest, budget-friendliest, easiest way to feed a group.

Along those lines, I was inspired by a couple of recent trips to Mexico (Punta Mita/Sayulitaand Tulum), plus the availability of such great Mexican-style decor in Los Angeles. I was also pretty obsessed with this photo on Pinterest. But I knew I didn’t want the party to be too theme-y in any way. And that was about where my opinions and expertise on the matter ended.

Fortunately, I have friends in very convenient places — namely, in the event industry. My super-talented pal Sarah Granger-Twomey of PIE Productions got on board with helping me plan (never mind that she was in the throes of planning her own daughters’ celestial-themed joint birthday party), and helped me bring it to vibrant life.

Aaaaand her in-demand photographer husband, Sean Twomey of 2Me Studios (who also shot our maternity photos!) offered to shoot our day (while he also managed his two kids). Double score!

So after a super fun afternoon shopping for decor with Sarah in downtown Los Angeles, we were all set to go for an 11 a.m. backyard party. And then just as Sarah and our friend Rachel (who is among the most naturally festive people I know) were arriving to help set up, we heard thunder, and rain started falling. Out of absolutely nowhere. Um, what? People: It’s mid-July in Los Angeles, during a drought of biblical proportions. This cannot and does not happen. The Day After Tomorrow. Alanis Morissette. Etc.

And I would have panicked without my two seasoned event-industry friends, along with my event-industry husband, who rolled up their sleeves, pounded the coffee, and got to work.

Another thing that seems relevant here, before I go on with all the photos: as Sarah, Rachel, David and I stood in the living room formulating a rain plan, our friend (first) and neighbor (second), Dwayne, ran up the front walk in his jogging clothes talking about, “Hey, I have an E-Z Up tent. I’m bringing it by.”

This to me was a moment among so very many — nearly infinitely many in our love-filled first year — that have crystallized the idea of “It takes a village.” And we’d be absolutely lost without ours. Thank you, thank you, thank you to the helpers and everyday heroes in our lives.

(By the way? The rain held off during our party’s exact mid-day window.)

Never mind the 1) tangle of electrical wires that I can’t do anything about and 2) brown grass. (Only jerk Californians have green grass in a drought!) We strung paper garlands, known as papel picado, over the yard and topped tables with linens in coral, yellow, and red. We would have strung those paper streamers and flowers right on the lattice behind them, but yeah — rain. So we strung them from the E-Z Up tent poles instead!

That ended up creating perfect diffused light for our passport-style photo booth!

I filled goodie bags with sticker-book-style passports (as well as airplane gliders and suckers) from Oriental Trading. Then folks used our mini Polaroid to snap pics and tape them inside using colorful Washi tapes from Scotch and other stuff.

I wasn’t even really planning on having flowers, as they seemed like extraneous budget busters. But Sarah loaded up her car with just $25 worth of marigolds, and cut bougainvillea and greens from my backyard to make about 10 equally beautiful arrangements, like NBD.

We framed a photo that was a part of a newborn shoot taken on our hospital bed at Cedars-Sinai. The hospital just automatically sent some vendor photog around, and I’m so glad we have these priceless, precious images! Even better? Until the night before the party, that yellow frame housed the menu of specialty cocktails from the bar at our wedding five years ago. (I found it in the garage.)

Sweet E’s Bake Shop created this beautiful cake, interpreting this pin, which had inspired me. Sarah found the sweet mini papel picado downtown, and stuck it on flagpoles from which she’d removed cheapie souvenir Mexican flags. Genius move. So, I went back and forth on the whole smash cake idea. I’m sorry, but $35 for a cake (and I’d need two) whose sole mission is to be destroyed and then wasted? No can do. So cupcakes instead!

Real talk: I asked my friends, “Hey, can you mess up sangria? No, right?” And they were like, “No.” So I threw a bunch of cheap white wine (I might have purchased it at Walgreen’s) together with apples and citrus, plus miscellaneous brandy that’s been floating around this house for years, as well as some kind of peach/mango-flavored club soda. And sugar. And also agave! So the agave makes it fancy because marketing. Your new mixology prodigy in the building, ladies and gentlemen.

Oh no, that piñata was not just for show! It was filled with ’90s Motorola-looking bubble cell phones, light-up marabou-trimmed tiaras, bouncing balls, plastic animals, and of course, candy. (I feared revolt if not.)

So… funny story about these balloons. On our shopping trip, Sarah showed me a store downtown where I could get this very on-trend party decor. However, it was too early in the week to fill the balloons, so I bought them to fill later. Sarah thought “UNO” would be cute, but I liked “ONE.” So, the one time in my life I used proper judgement, I bought all four letters — U, N, O, and E — so I could have options and decide later. Well, I’d decided on the English spelling, and Sweet E’s kindly agreed to fill the balloons for me the night before the party. But it turned out the “E” was torn along the seam, darn it. But! I was like, “Hey! I have a U in my purse!” (You might be a mom if you have a U balloon in your purse.)

And with all the details in place, there was nothing left to do but celebrate these precious children in style!

Afterward, with the piñata officially busted, the rain drops once again started to fall. It was a wrap on a priceless and memorable day surrounded by the loved ones and supporters who make our life (survivable, first of all, and) so very joyful.