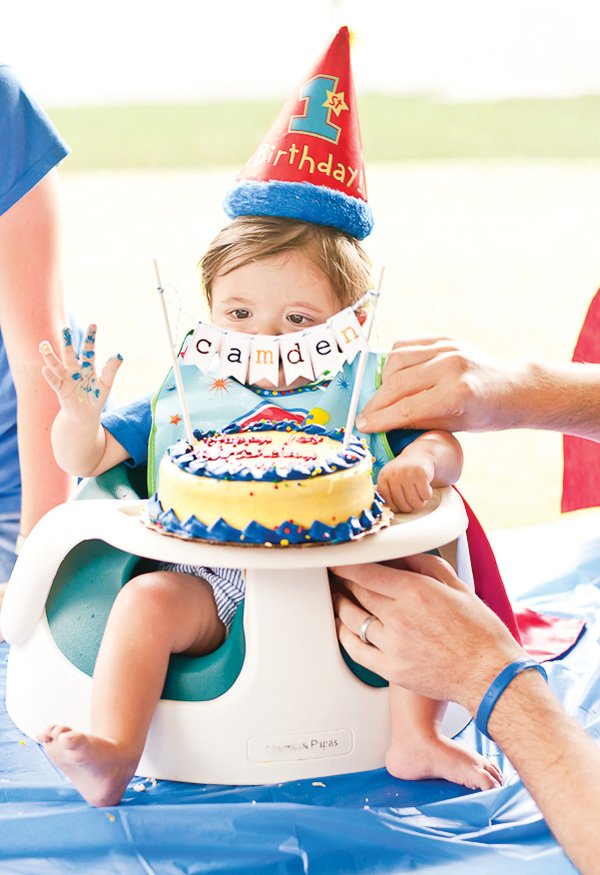 Camden is his mom’s little superhero, fighting through several major heart defects & surgeries, so to celebrate her twins’ first birthdays it was only appropriate to have a Superhero Twins Birthday. Alexis of Alexis Campbell Event Styling saw this milestone coming up & wanted to help in anyway possible; she brought together her favorite vendors to make donations for the party & was overwhelmed by such gracious, willing responses. (You can follow updates on Camden’s health here.) 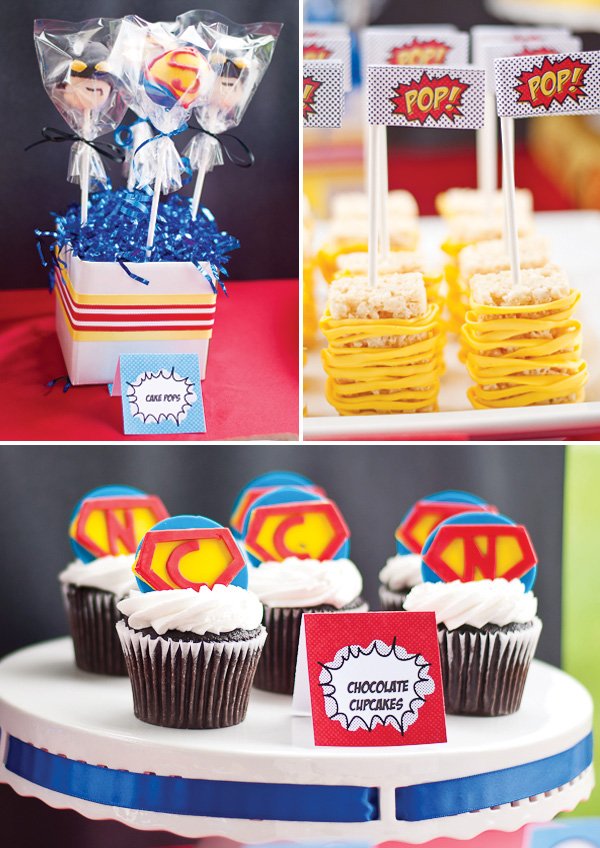 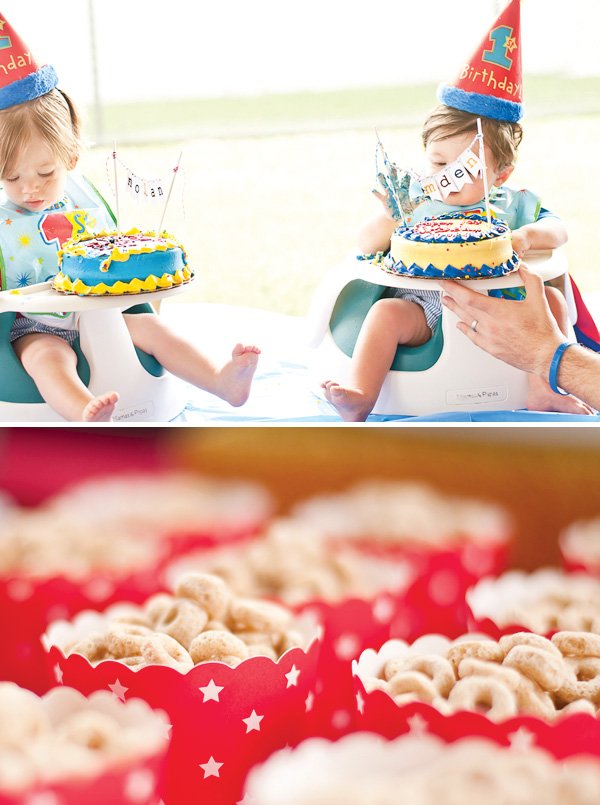 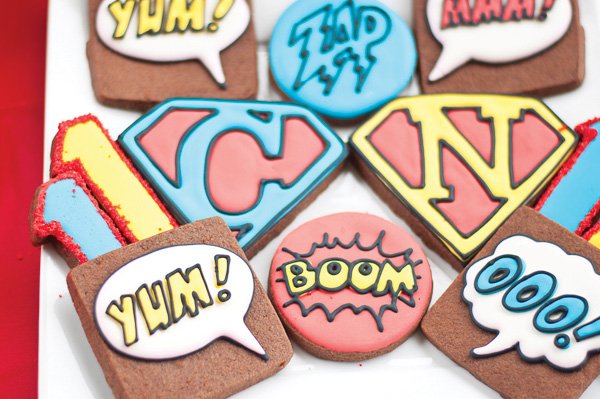 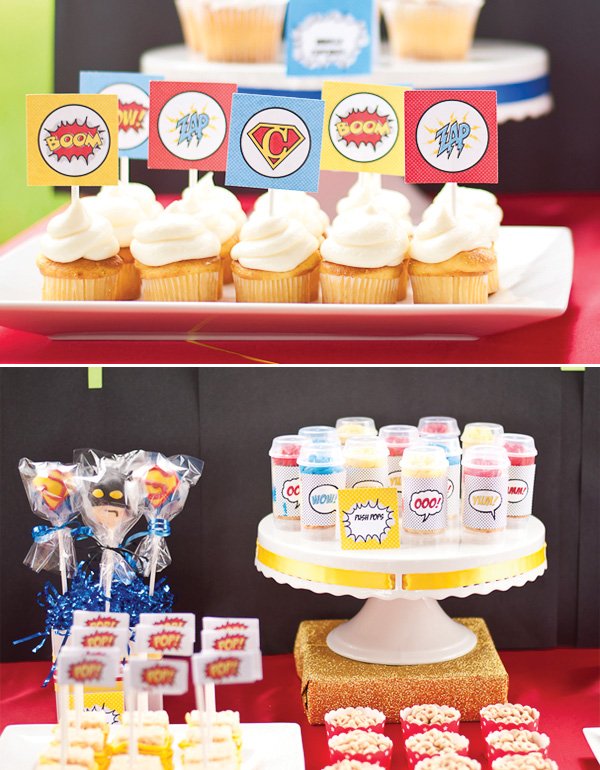 PARTY DETAILS, as told by Alexis…

Camden and Nolan were born August 28, 2011. Camden was born with several major heart defects, his most complex being a double inlet left ventricle. Amazingly, his heart defects went unnoticed at birth and he survived the first two days of life on his own. He has since had numerous surgeries and procedures and has fought his way through each and every one of them. Whether it is in the hospital or at home, Nolan has been right by his brother’s side offering up smiles, giggles, and plenty of play-time together. Laughter is the best medicine, right? Camden’s Mom, Elyse, made a Facebook page in order to provide family and friends regular updates on Camden’s health and progress. The page has also provided a place for people to pray for and send well wishes to Camden. I’ve been following the page for some time now and noticed they had a first birthday coming up, and I wanted to help in any way I could. Since Elyse calls him their little superhero, it was obvious what type of party she wanted for her boys.

With the superhero theme in-place, I reached out to a few of my favorite vendors for donations to the party. Suffice to say, the response was overwhelming! The generosity of these women brought tears to my eyes. With only a week’s notice I was able to get everything just in time for the party. Maureen from Anders Ruff provided the superhero printable collection from her shop and had it customized for Camden and Nolan. The Tomkat Studio supplied adorable red, blue, and yellow chevron favor bags along with matching striped straws. The favor bags were filled with yummy taffy and gumballs and tied with a hanging favor tag from the superhero printable collection. Charynn from Two Sugar Babies, made fondant cupcake toppers that perfectly topped the delicious cupcakes donated by DD’s Cupcakes. The sugar cookies from Sugar On Top were a true work of art and matched everything perfectly while providing yet another delectable desert!  Kim from Kimmy’s Cake Pops donated two dozen super hero cakes pops in the shapes of Batman and Superman that almost looked too fantastic to eat! A glitterized name bunting from The Purple Pug adorned each smash cake super style. Melinda of Enduring Impressions Photography donated her time to capture the party pictures and provide the lasting impressions of Camden and Nolan’s memorable superhero party!

On the day of the party Tropical Storm Isaac decided to blow on by, and the wind and rain made for less than favorable weather for a birthday party at the park. With the help of some amazing people, we were able to set everything up for the party in the pouring rain and still managed to keep most everything dry. After tons of prayer, the clouds parted just fifteen minutes before the party started and amazingly the rain stopped. It was truly a blessing! The joy I felt for this family to be able to celebrate such a special occasion was truly overwhelming. Camden and Nolan arrived in their superhero t-shirts with matching capes ready to party. Elyse made all the kids superhero capes to wear while they played. I found a tutorial for superhero masks online and made them for the boys and girls to wear with their capes. They were a huge hit!  Even with the wind and rain, it was a beautiful day to celebrate these two beautiful little boys. Life is a special occasion and I feel privileged and honored that I was able to help them celebrate their boys first birthday. Happy Birthday to superheroes Camden and Nolan! Follow Camden here.