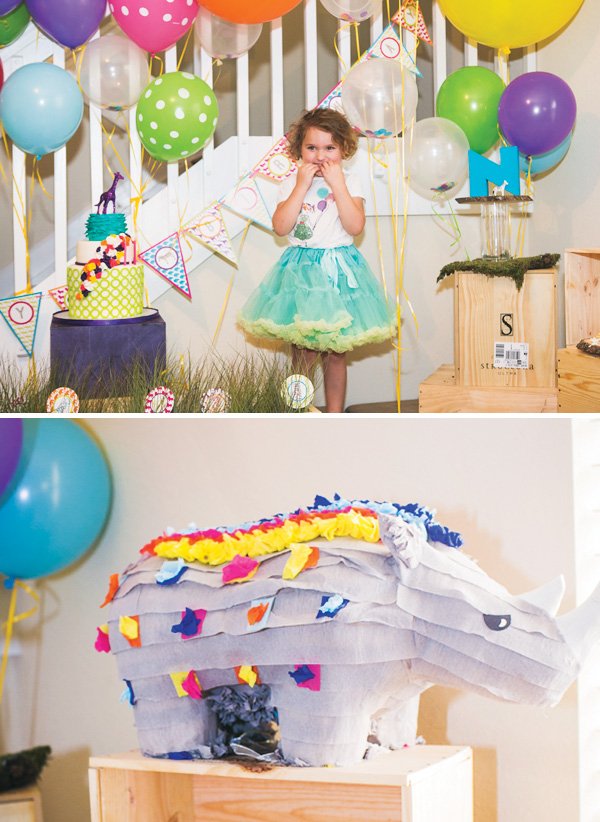 Whats modern, rainbow and has rhinos all over? This Colorful “Wild Child” Safari Party by Laila Plant of One Inspired Party, designed for her daughter Nicki’s 3rd birthday! A wooden crate stacked food and dessert display, tons of bright balloons, succulent centerpieces, and of course real animals (at the birthday girls’ request!) pulled the party  all together! 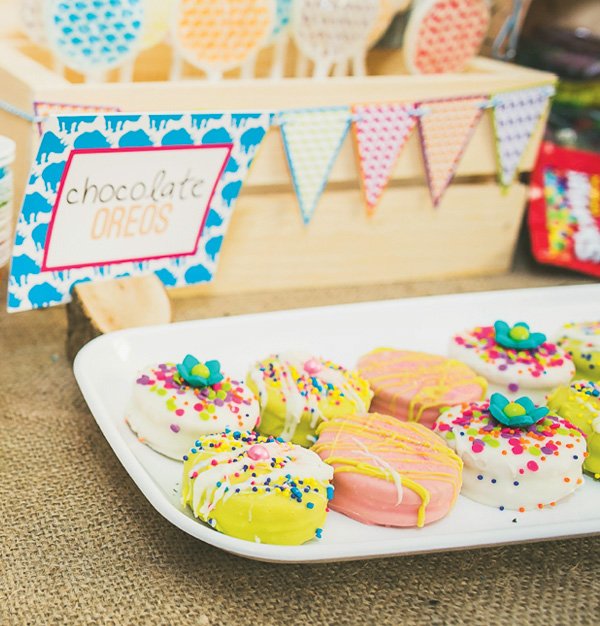 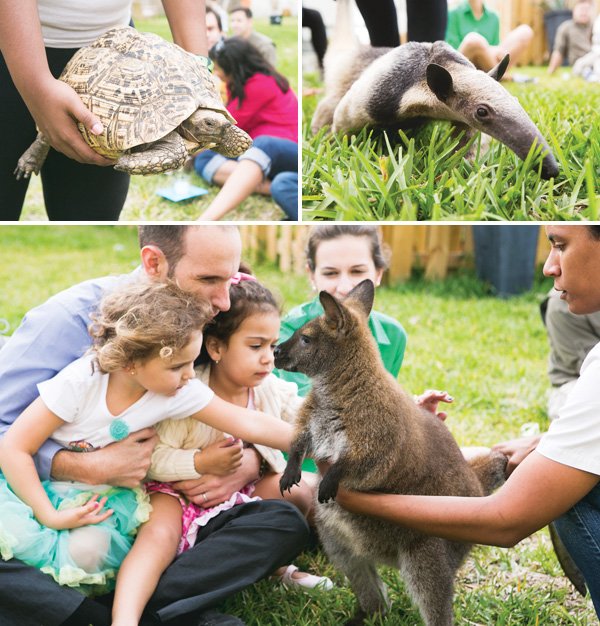 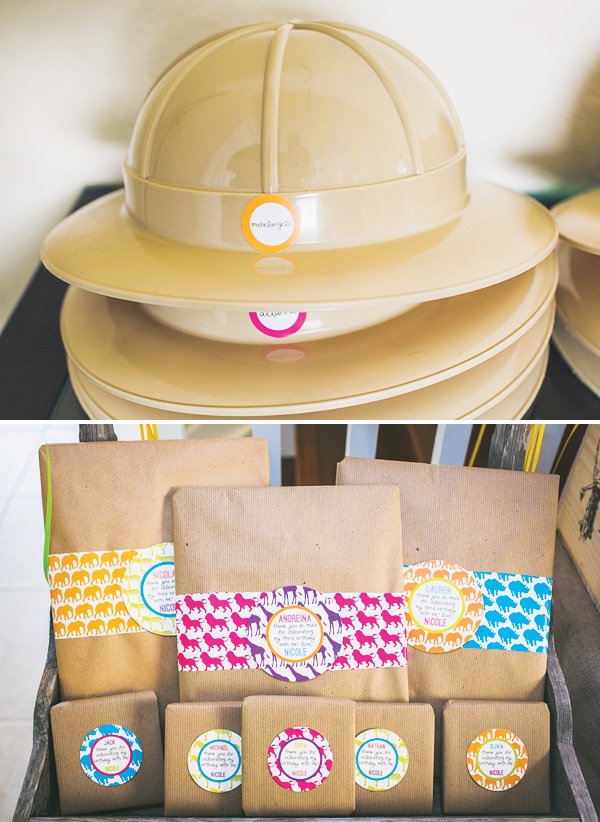 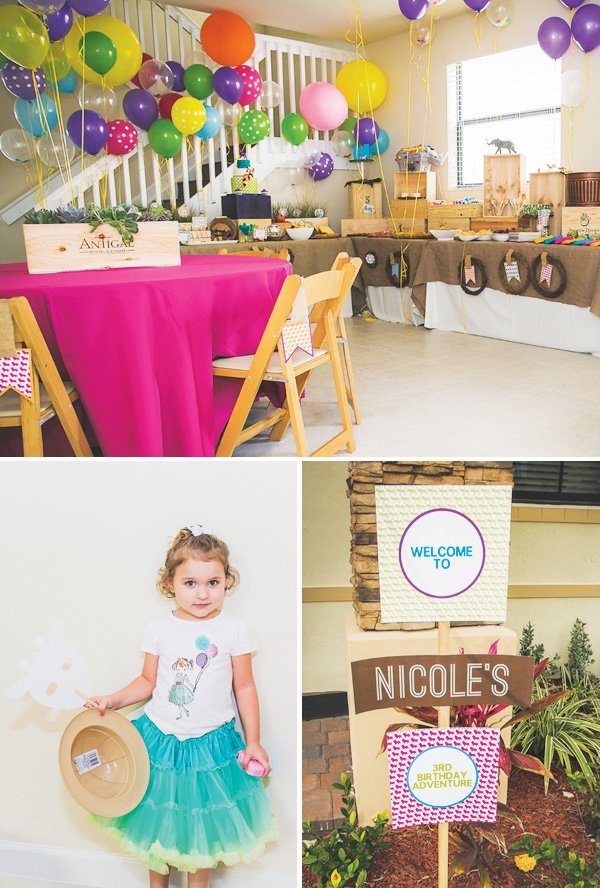 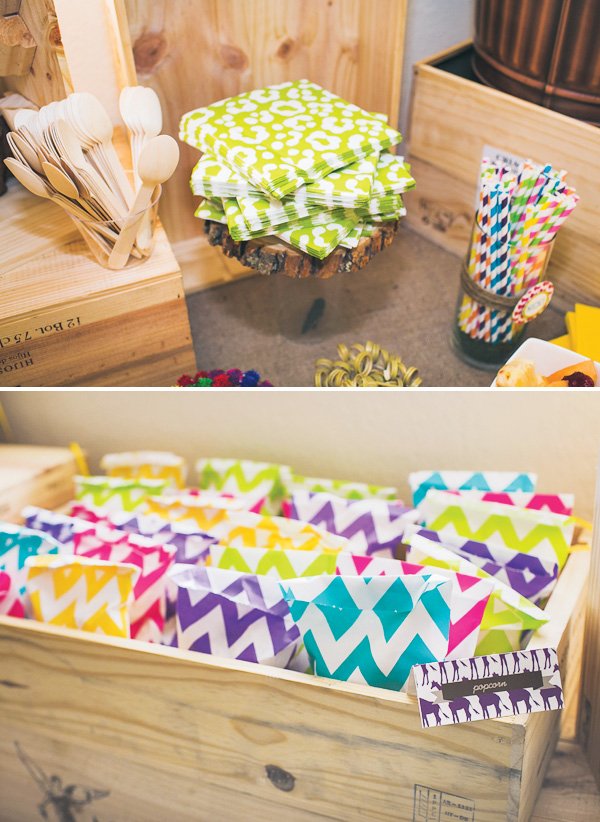 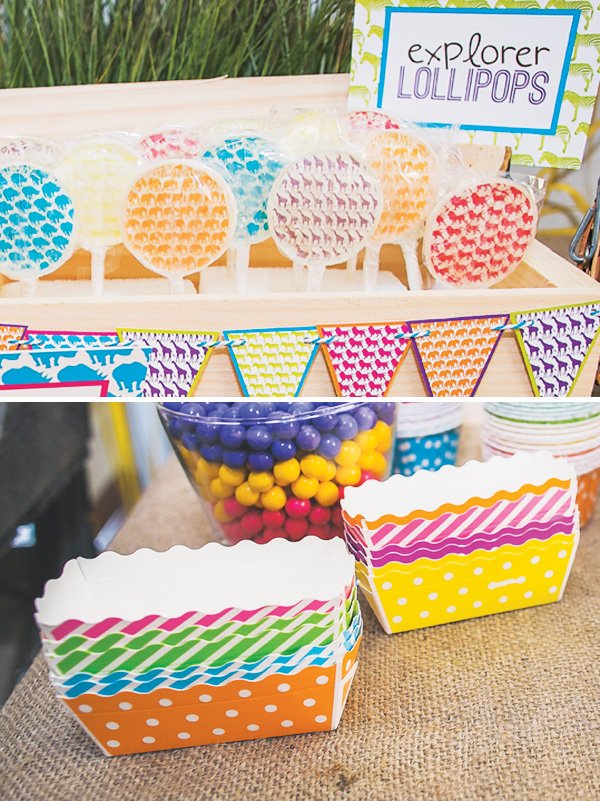 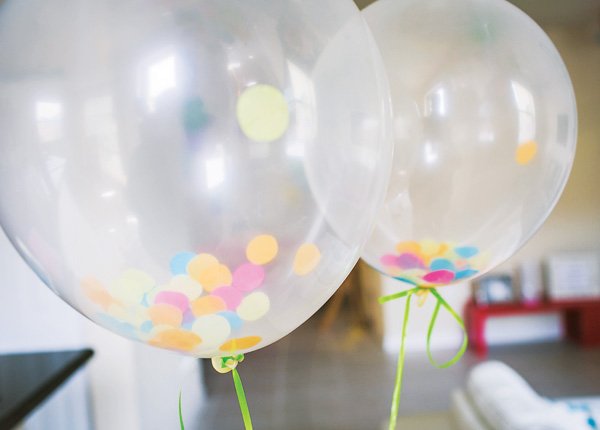 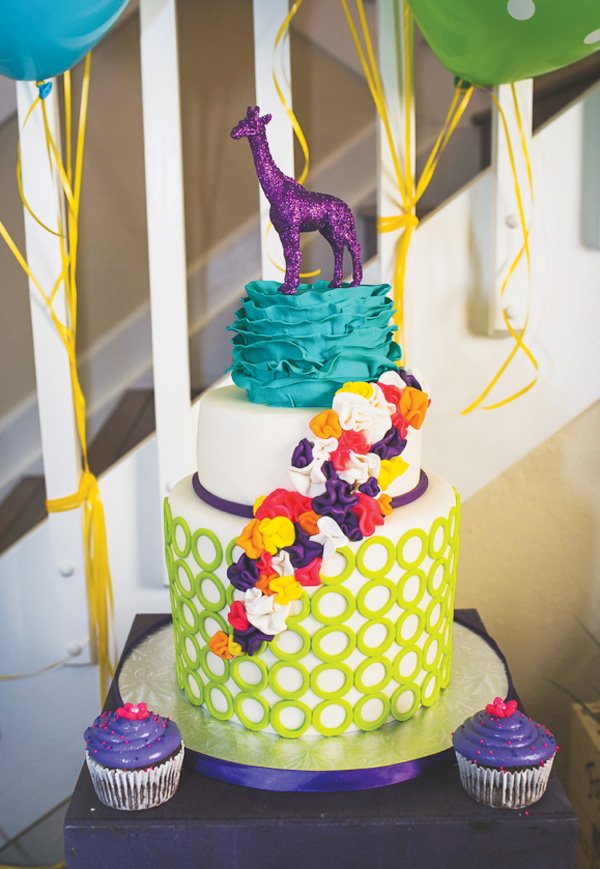 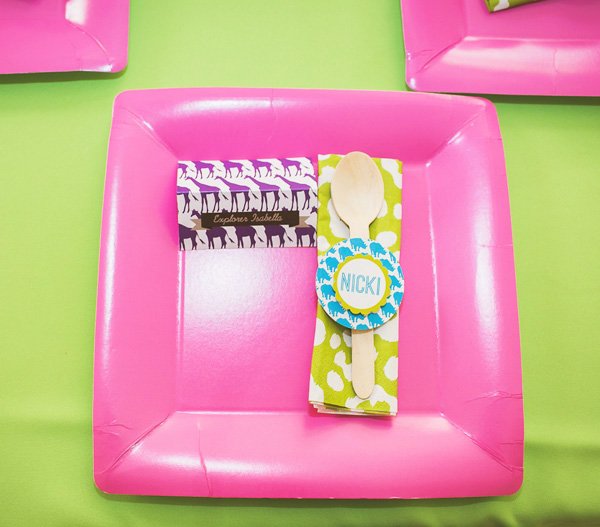 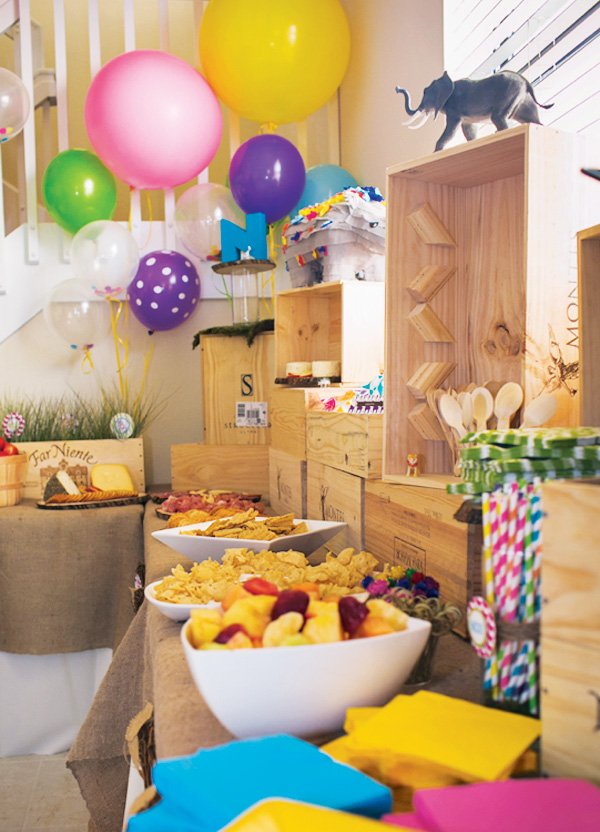 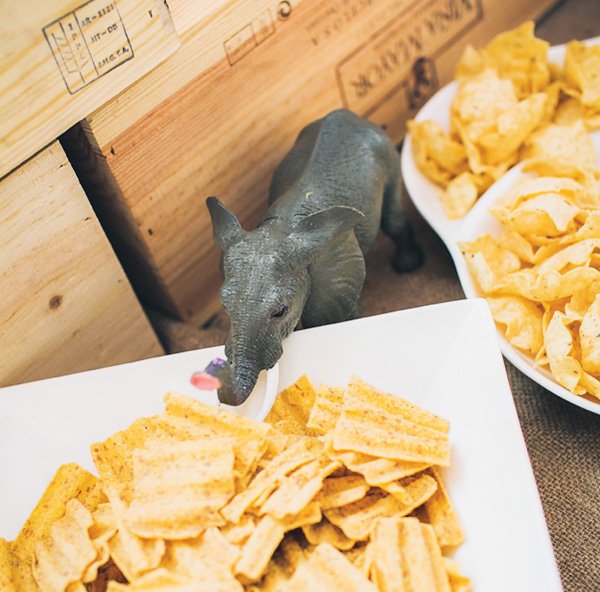 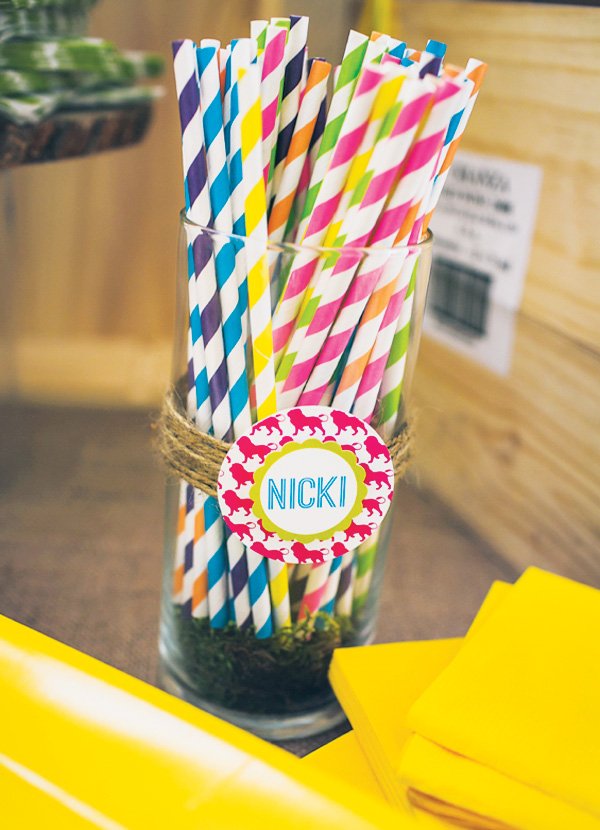 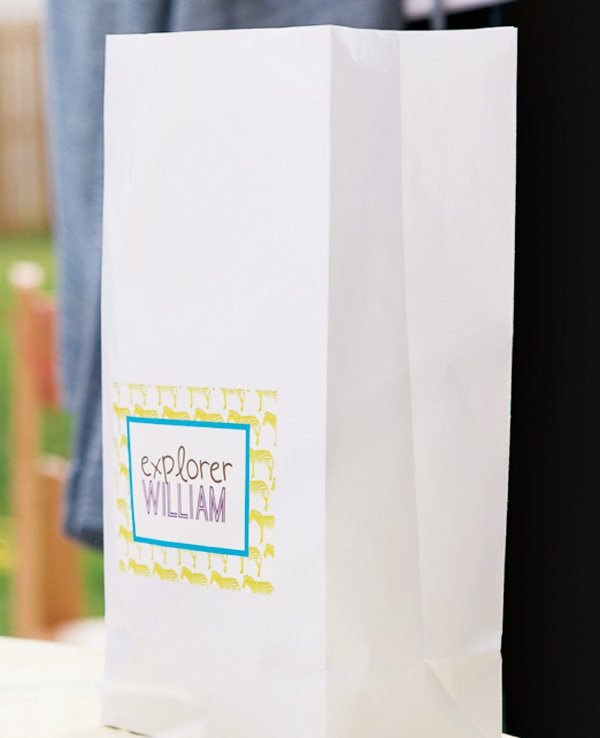 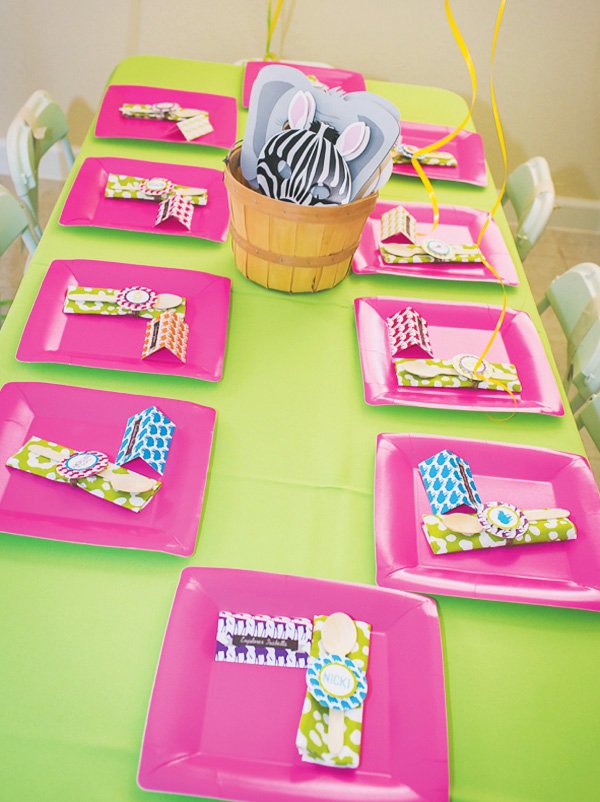 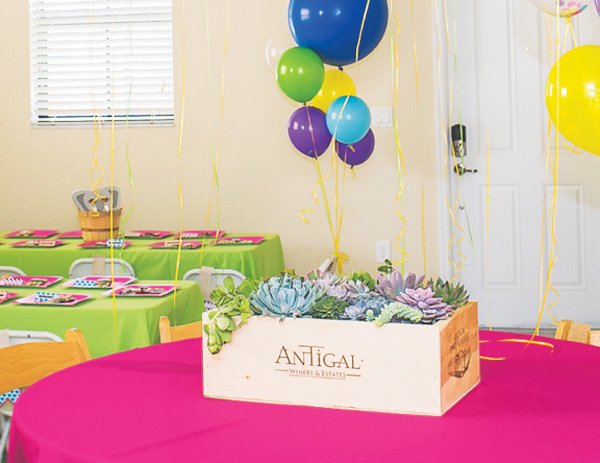 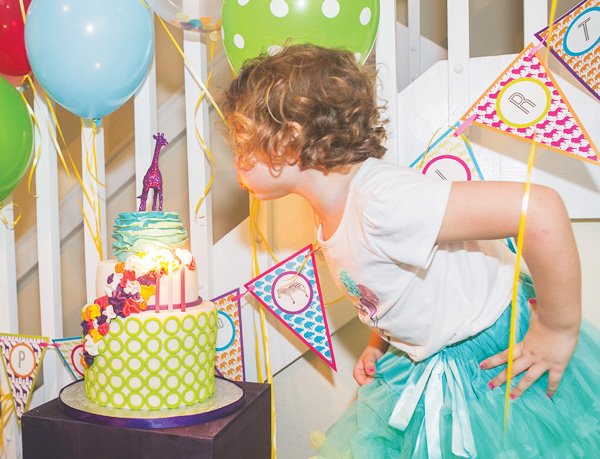 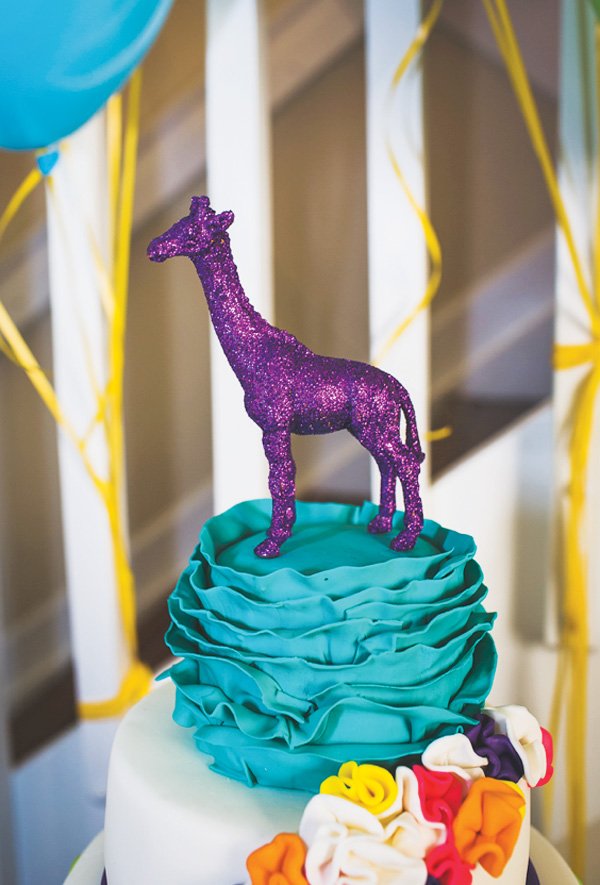 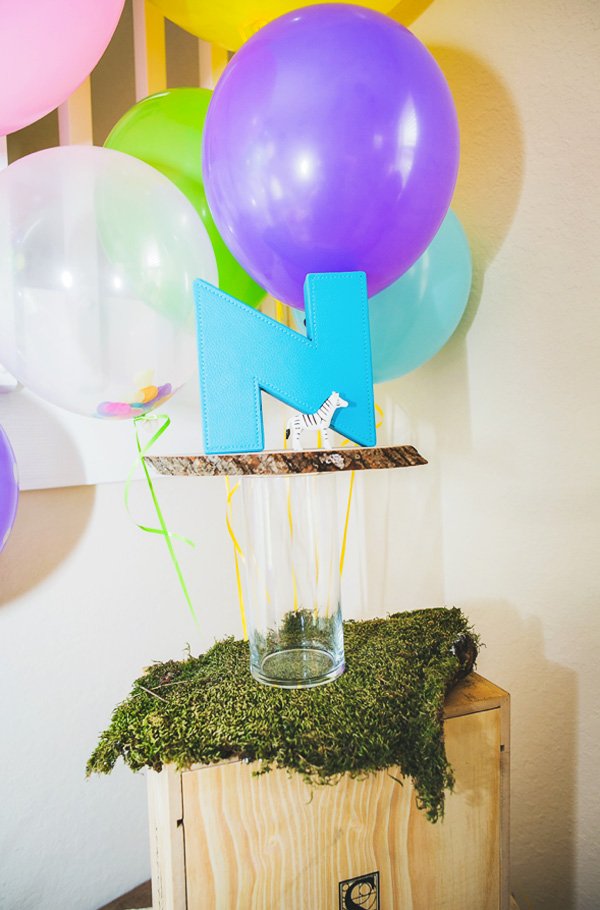 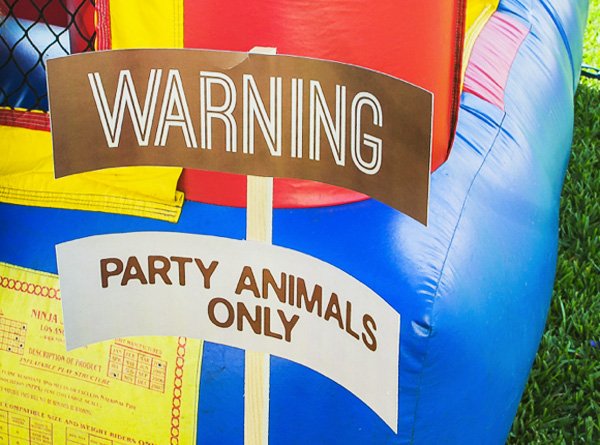 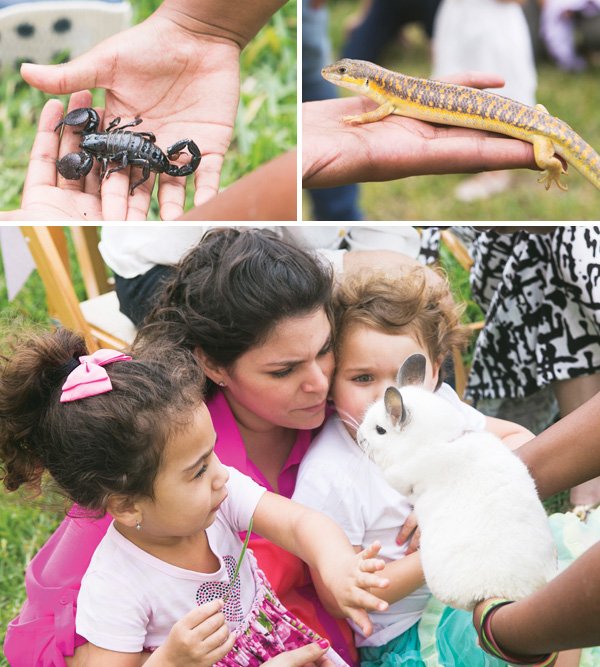 This year for my daughter’s third birthday party, I decided to celebrate her love for animals and throw her a colorful animal centered party. I started the design process by illustrating silhouettes of her favorite animals and then deciding to go with a bright and very colorful color palette. The invitations featured all the colors and so the party began to take shape. I fell in love with the look of succulents and enlisted Isabel Isaac from Isaac farms to create the three centerpieces I used for the adult tables. My daughter’s only request was that actual animals showed up to the party (well that and lots of candies and a cake of course) so I searched and found through my talented baker Safari Edventures here in Miami. I always team up with Brantley from Sweet Brantley’s for anything that has to do with sweets. She translated the invitation and the look of the party so well into our 3 tiered cake!

For the party favors, I found perfect safari themed puzzles at target and wrapped them in kraft paper. I used the patterns I had created to print a large sticker to wrap around the presents and did a circular tag with each child’s name on it to put on top of that. I knew from the very beginning that I wanted crates, the problem was that I wanted a more vintage look than most of the store bought crates have, so I collected hand stamped wine crates that I found had more personality. To give the party a more festive look, I added the crates full of tillandsias and the moss around the crates. I bought plastic animals I used to decorate the tables and to fill the piñata as well.

For the linens, I knew I wanted burlap to offset the colors of the bright decorations I had done, so I did an off white linen and a burlap overlay in all the food tables, I used colorful linens for the rest of the tables. To make it even more colorful, I purchased balloons, I wanted to add a special touch to some of the balloons, so I purchased 1″ confetti (in the colors of the party) and hand filled clear balloons with them. I found they gave the party that extra special touch.