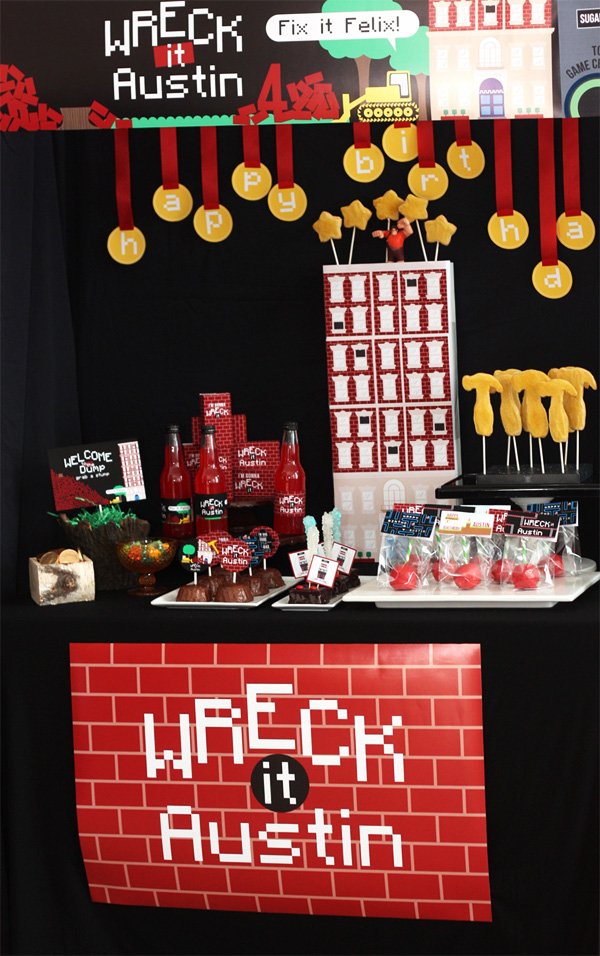 I just watched this movie for the first time last night, and it was way better than I expected, in fact… I loved it! So, of course I’m really excited that Debbie of Wants and Wishes created a Wreck-It Ralph/Sugar Rush Birthday Party! The best part? A dueling dessert table with girly and boyish details from both game worlds! 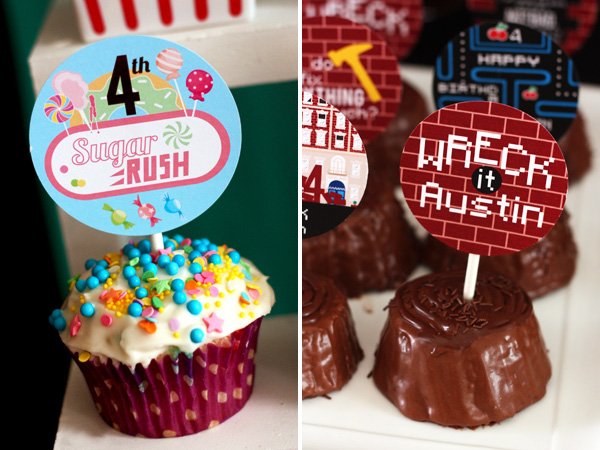 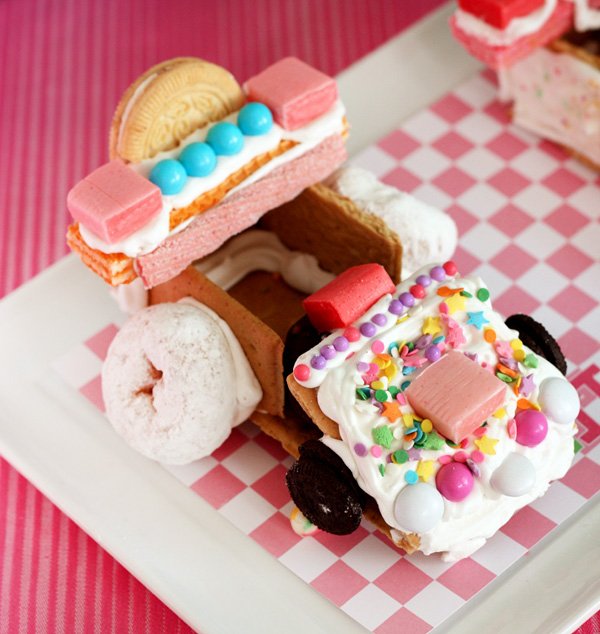 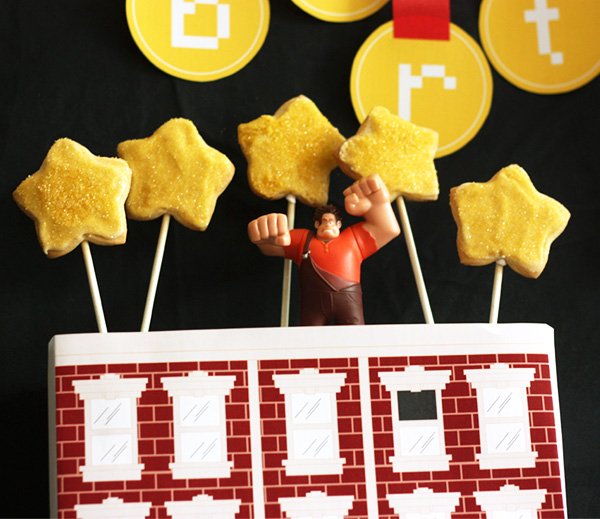 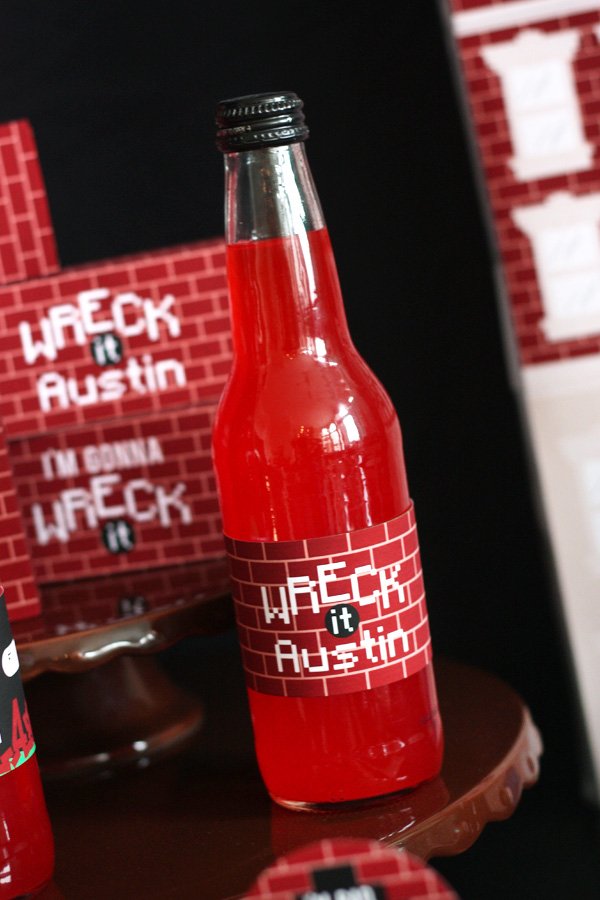 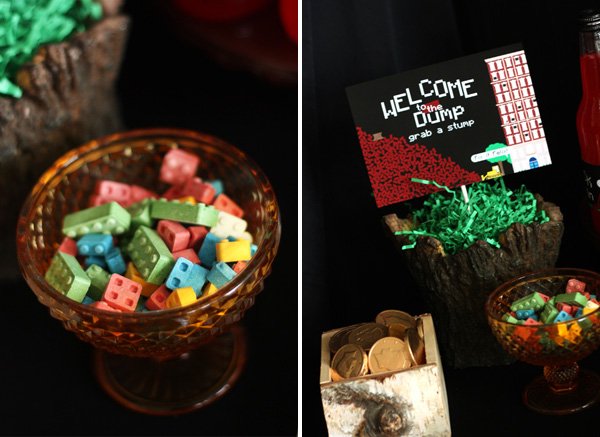 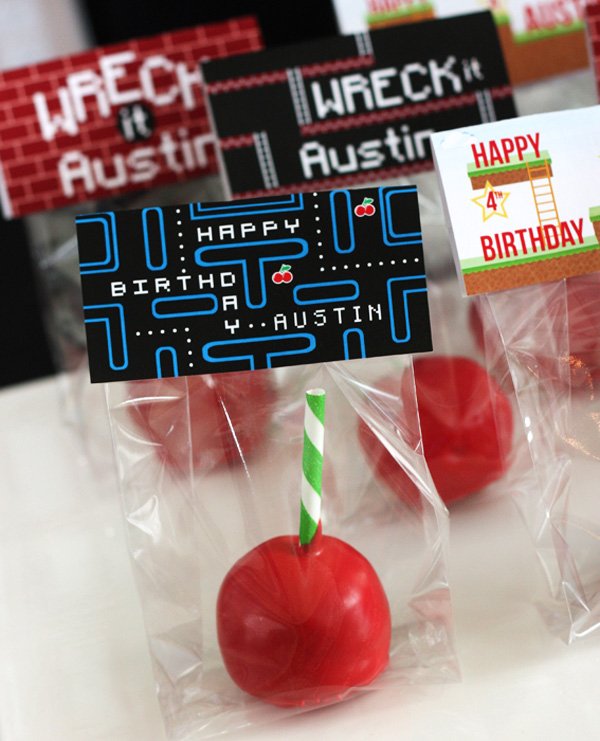 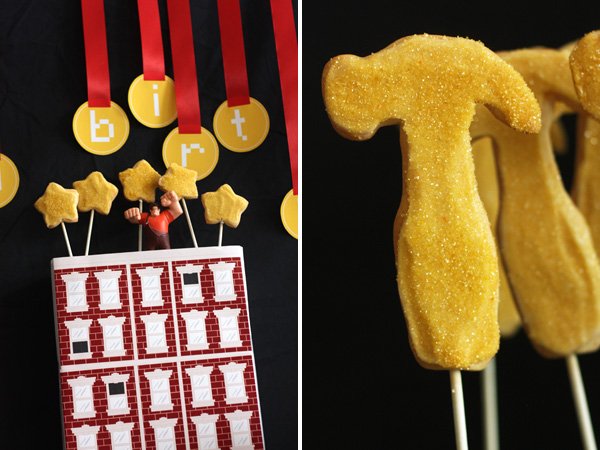 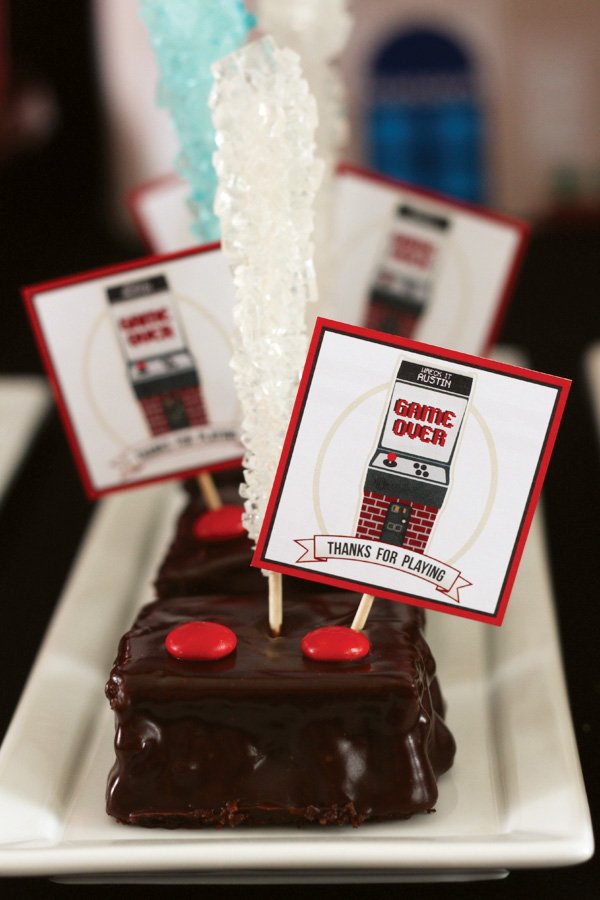 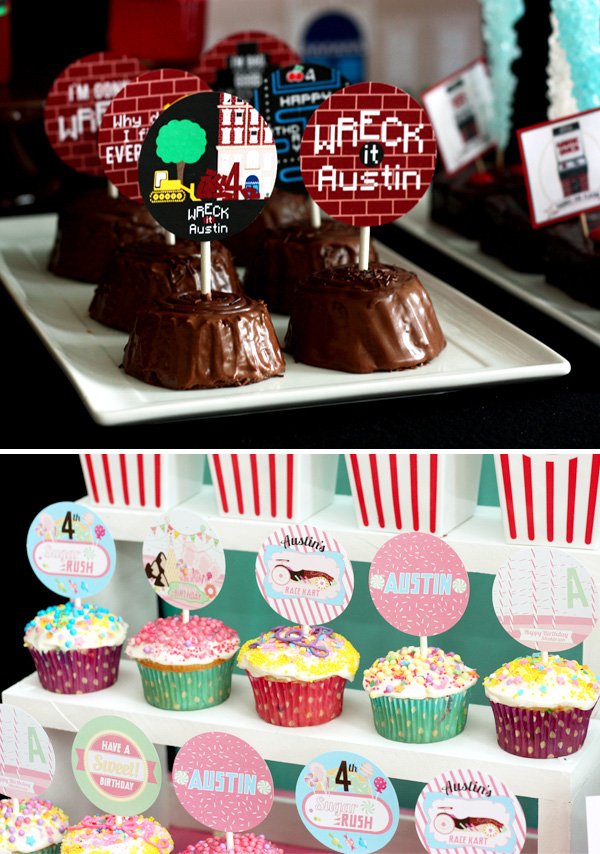 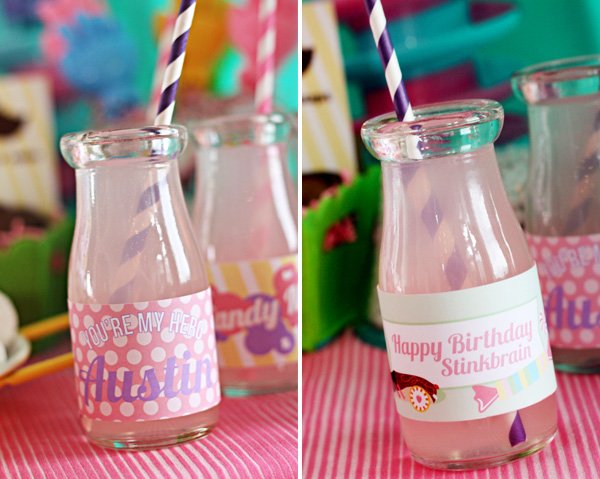 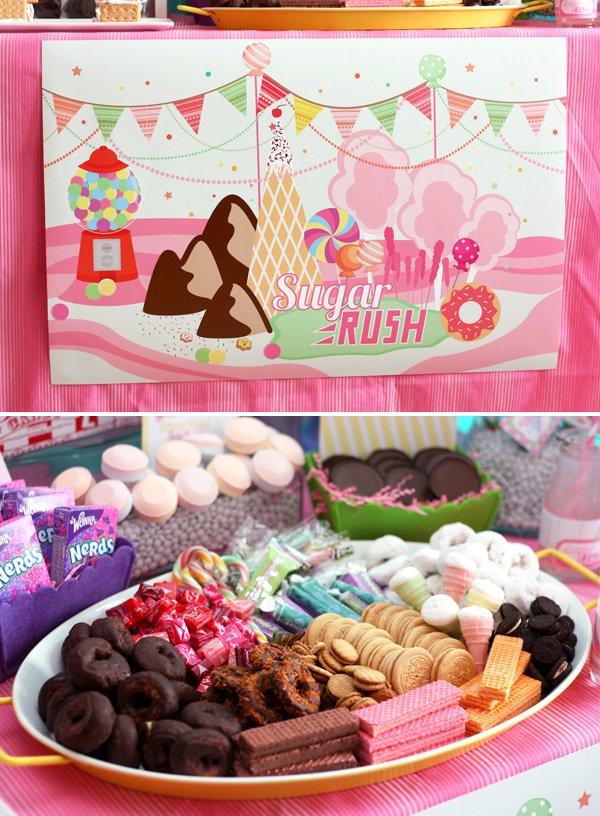 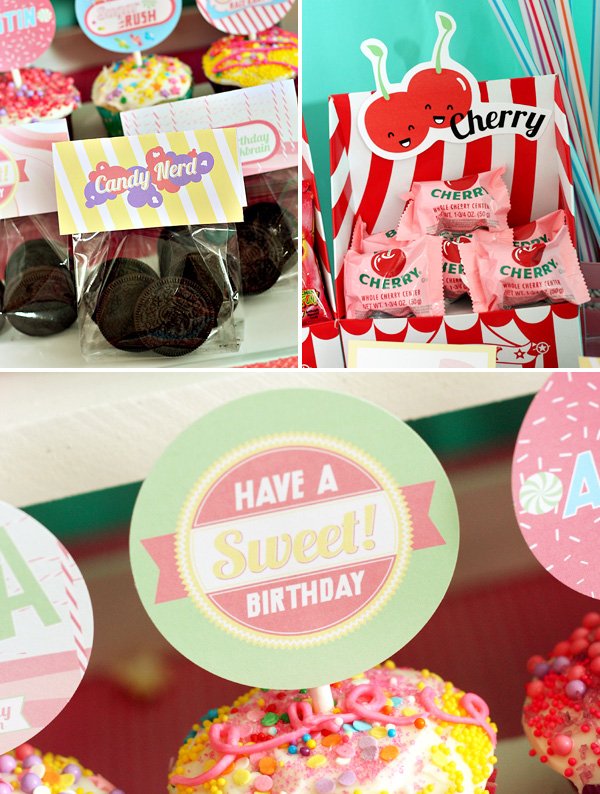 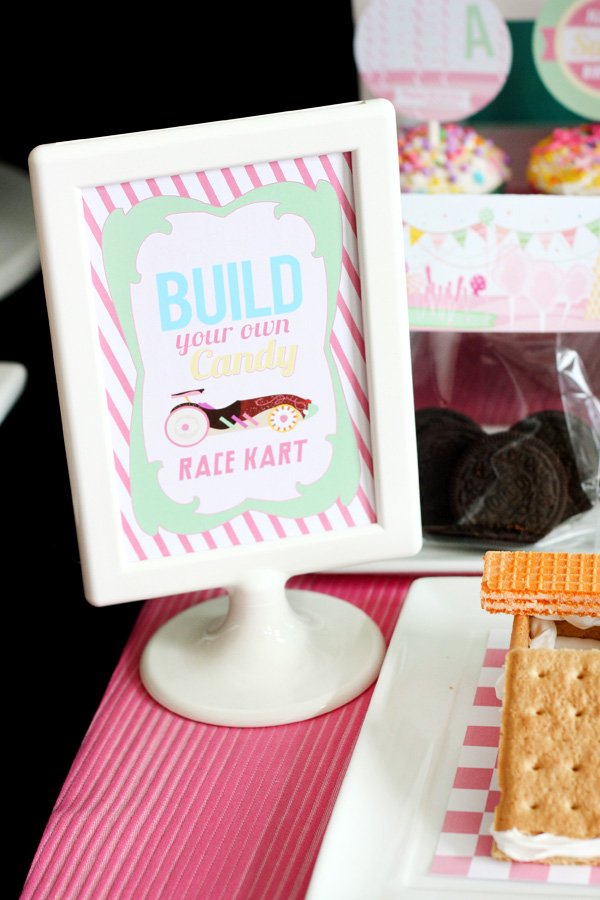 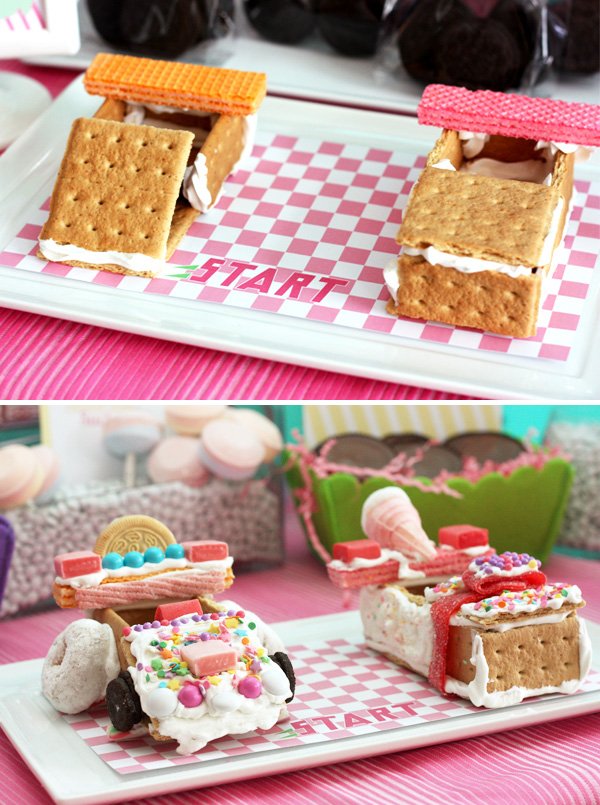 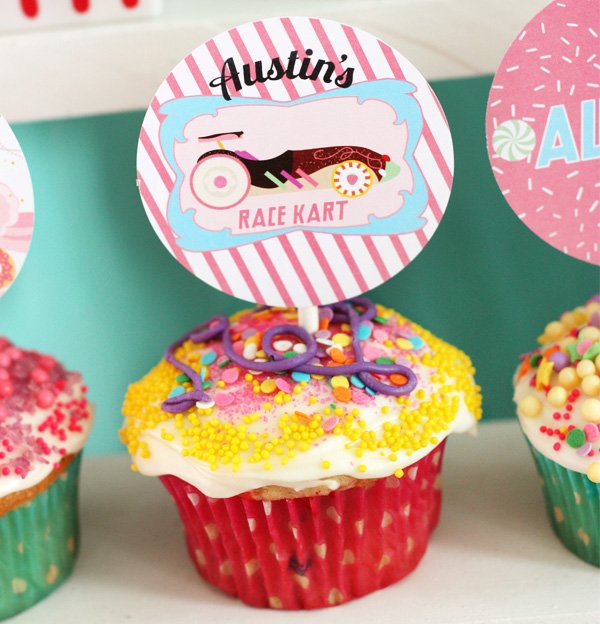 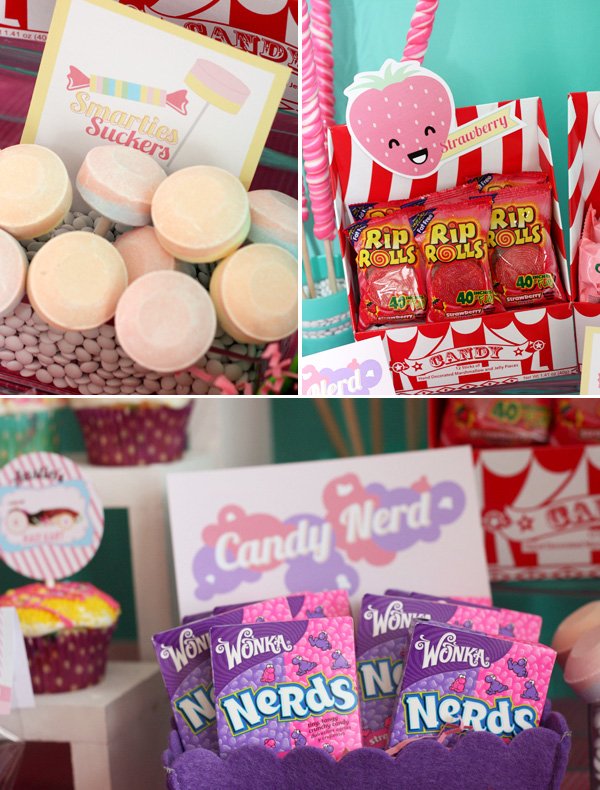 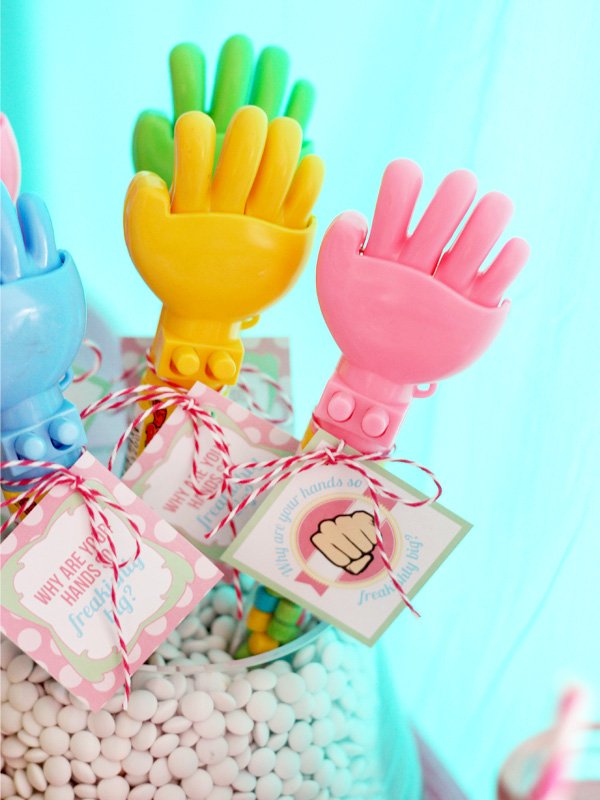 My nephew, Austin, wanted a Wreck it Ralph birthday party. As I started designing the concept, watching the movie again and asking the kids what their favorite parts were, I realized that a lot of the movie takes place in Sugar Rush. So I designed a duel dessert bars- side by side arcade games with game central in the middle to allow gamers to move form one game to the other. To make each dessert bar to look like a arcade game I designed a thin banner to go across the top and then a large poster to put in front of the table showing more about the “game”

One side is Wreck it Ralph filled with tree stump cupcakes frosted with chocolate frosting and topped with a ganache swirl on the top to give it a “grain”, brick juice boxes, brick candies, Fix it Feliz’s golden sugar cookie hammers and stolen cherry cake pops from Pac Man (it was one of their favorite parts). For the background I designed the Niceland building and got a mini figure of Wreck it Ralph to to place on top along with golden sugar cookie stars coming out of it. Golden medal banner hanging in the background.

Game central in the center to allow them to move from game to game. Sugar Rush on the other side showing the race scene filled with goodies and treats “in the stands”. We had popcorn (which we ate while we watched the movie again), Cupcakes decorated Vanellope style, pink lemonade, gumball machine, “freakishly big hands” candy holders and various candies to snack on and decorate their own candy cart.

For the activities we watched the movie, had races who could punch a hole through paper or knock soda cans wearing Disney’s large Wreck it Ralph freakishly big hands (they are awesome! even make crashing noises)