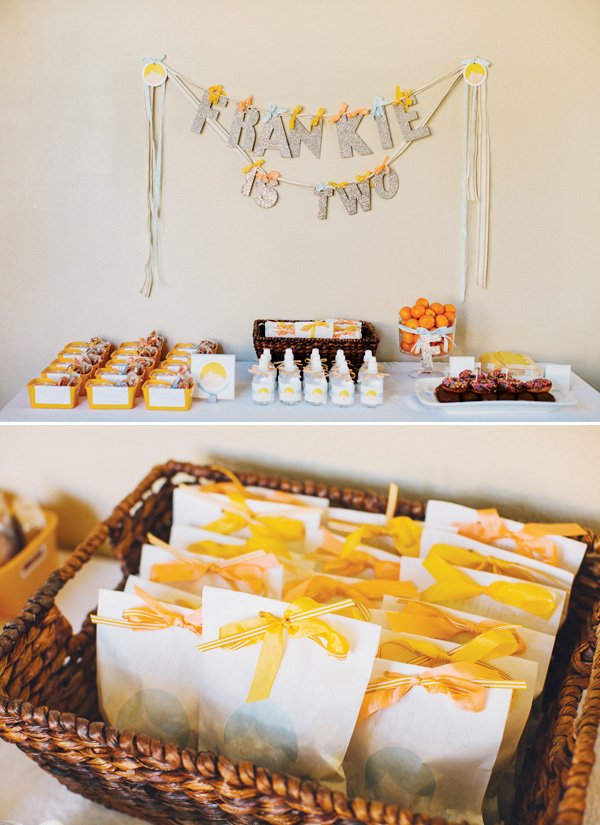 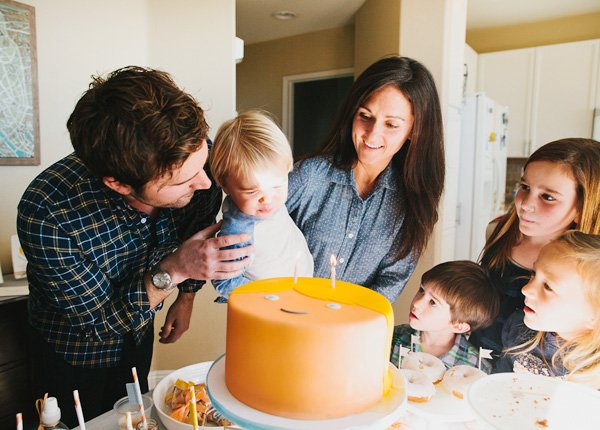 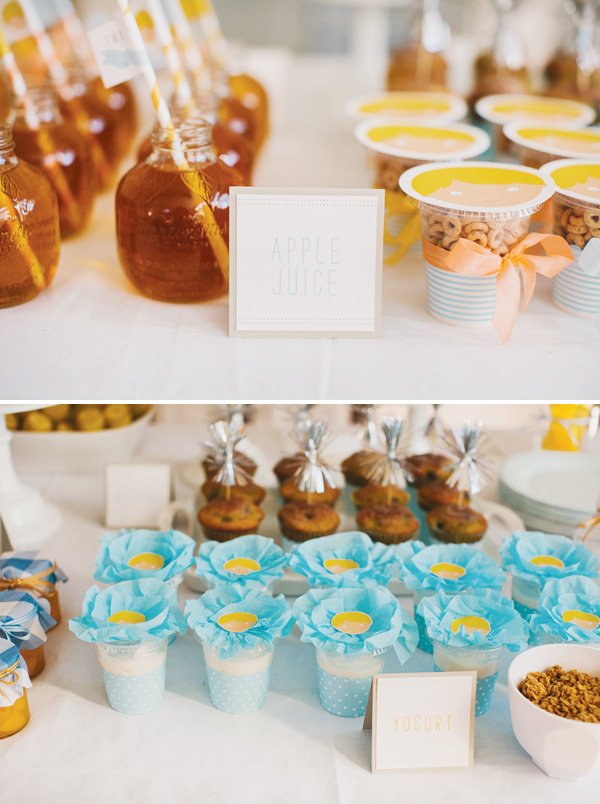 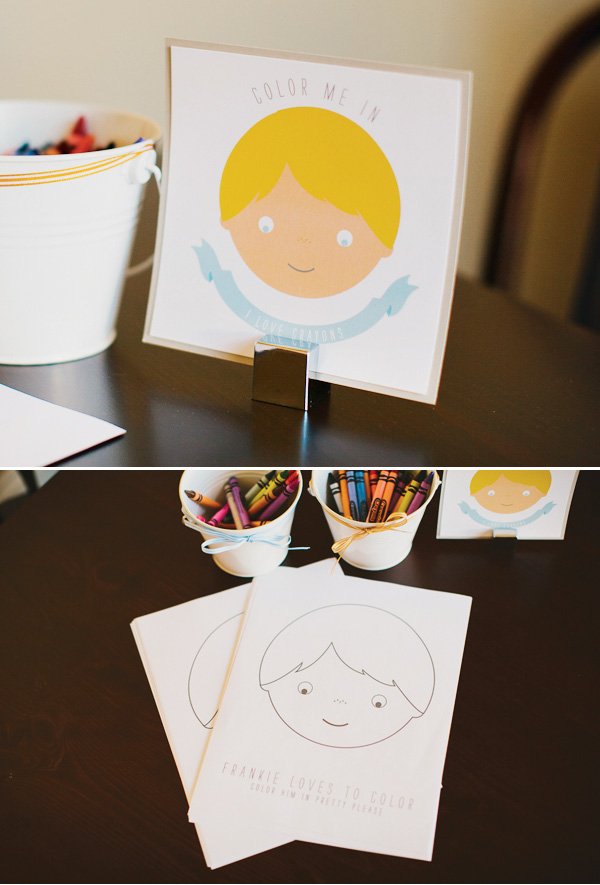 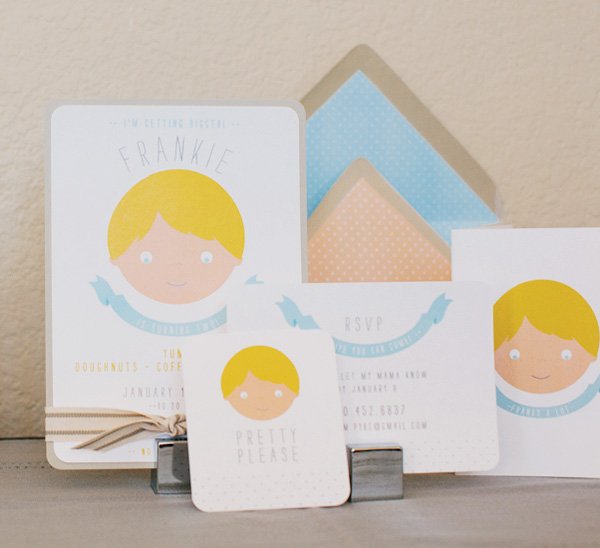 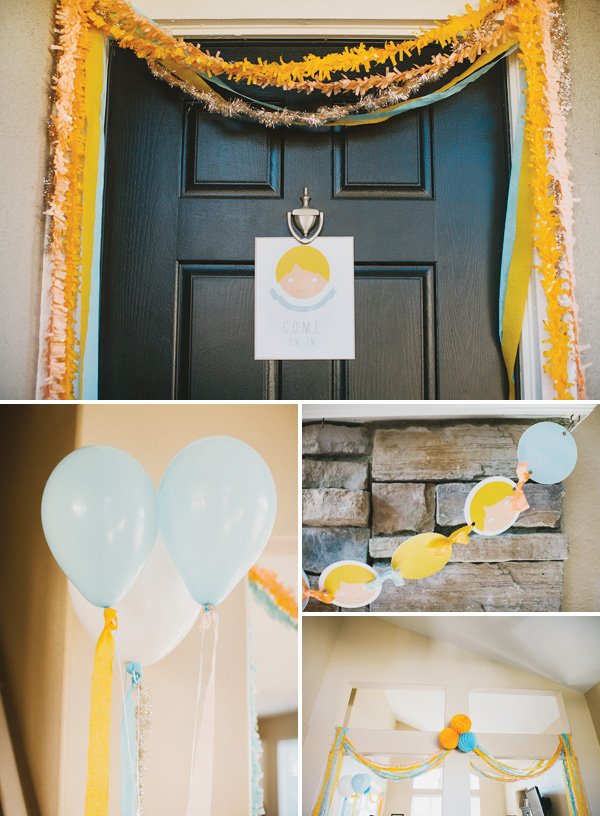 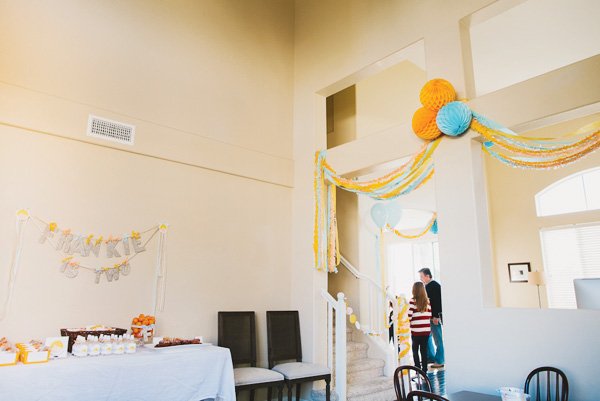 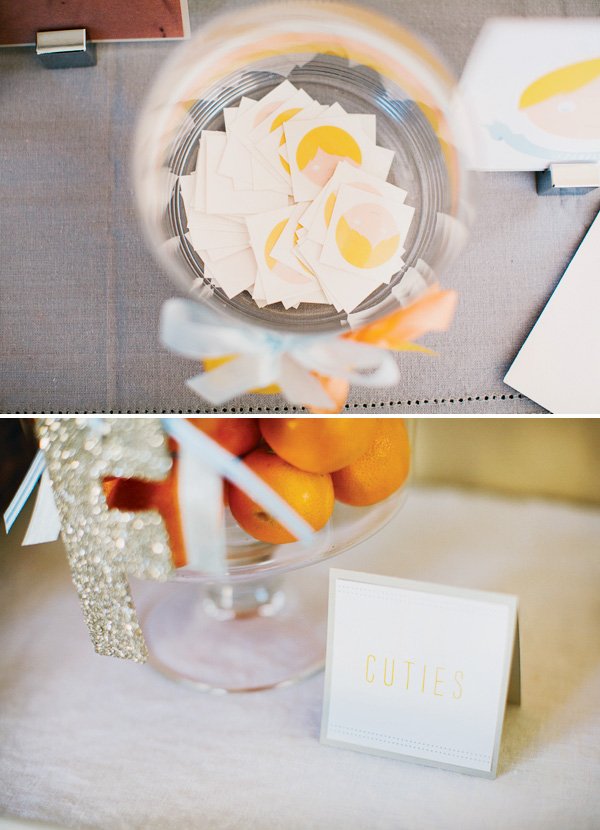 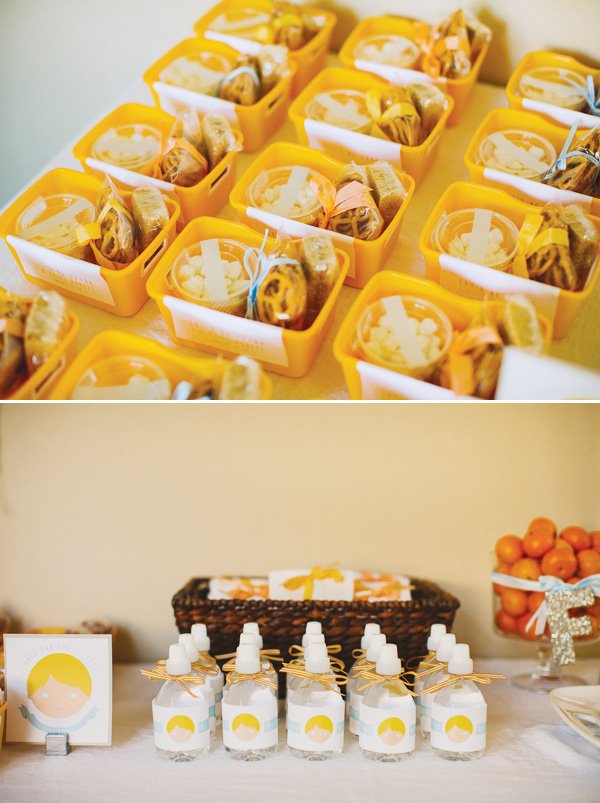 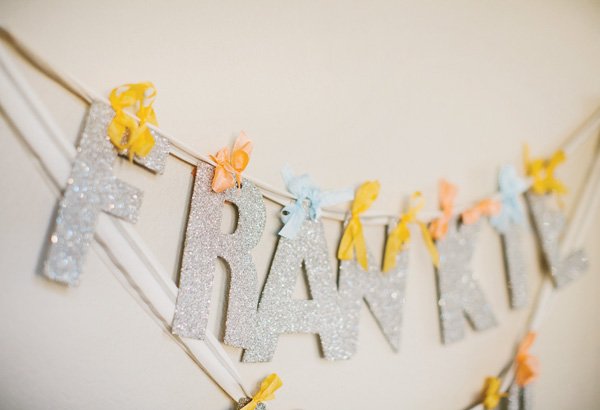 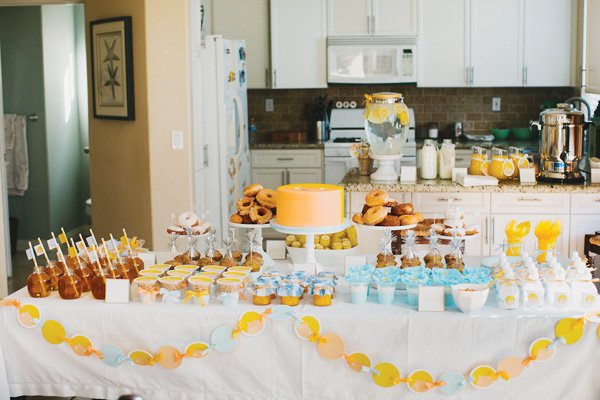 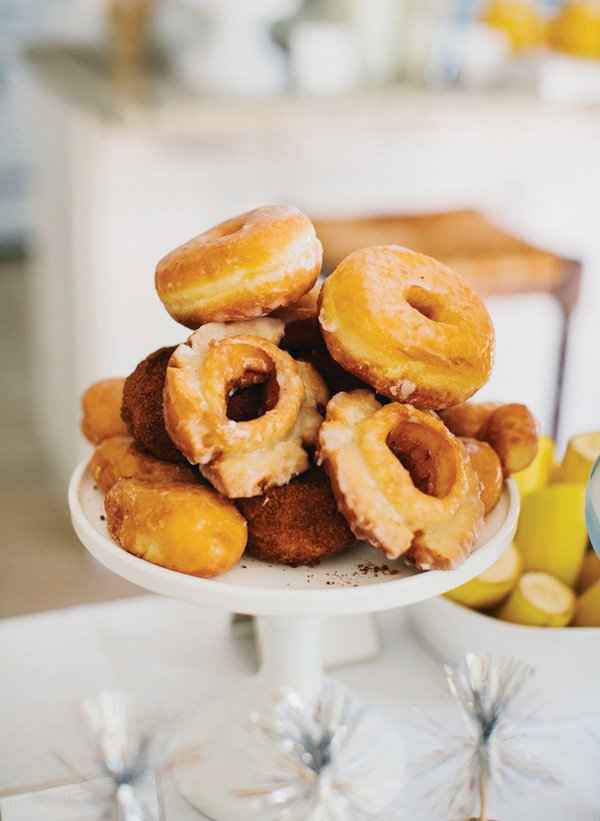 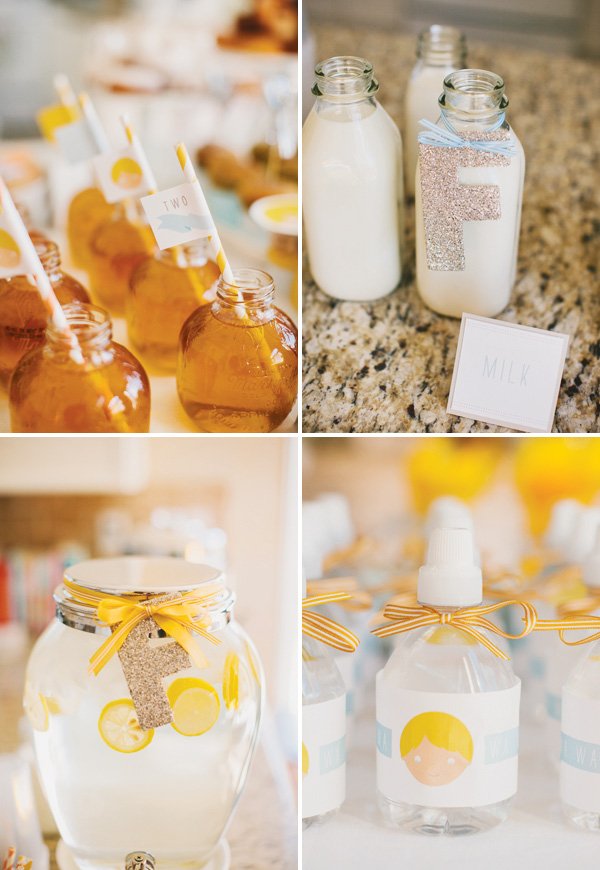 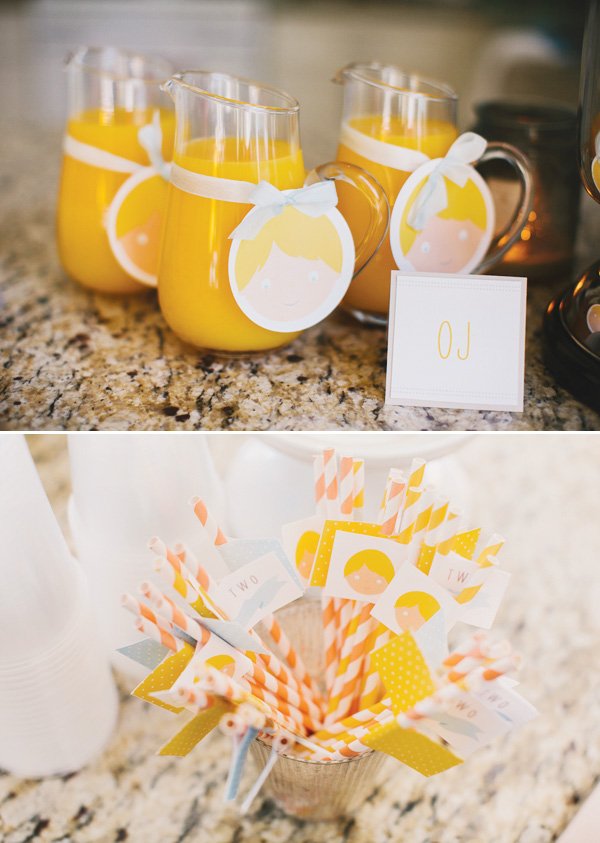 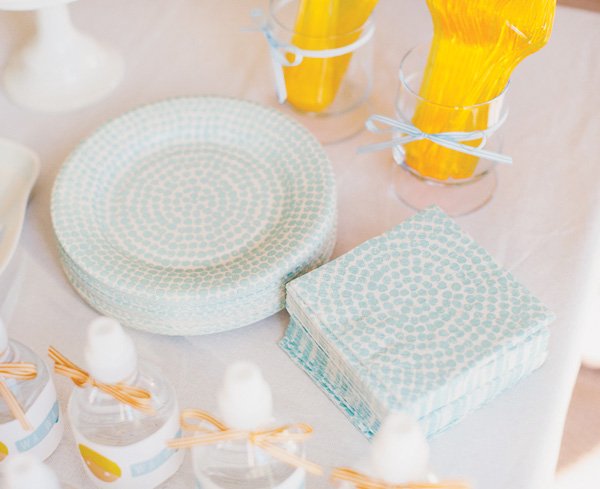 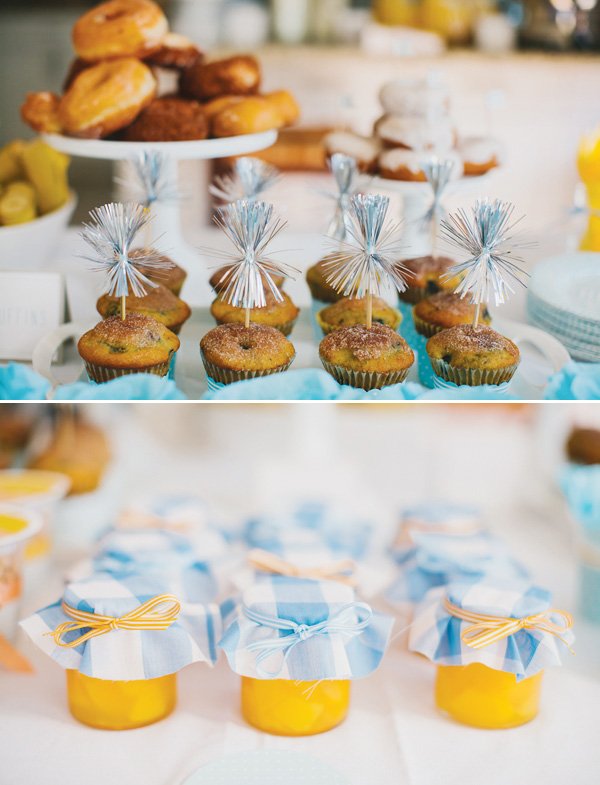 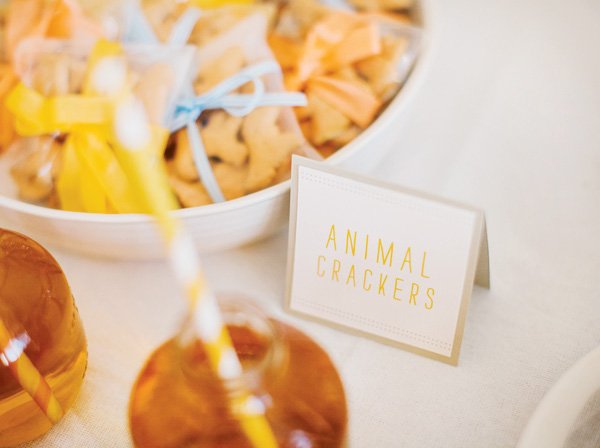 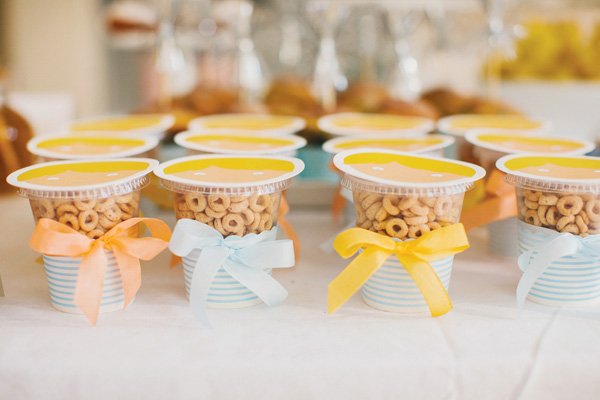 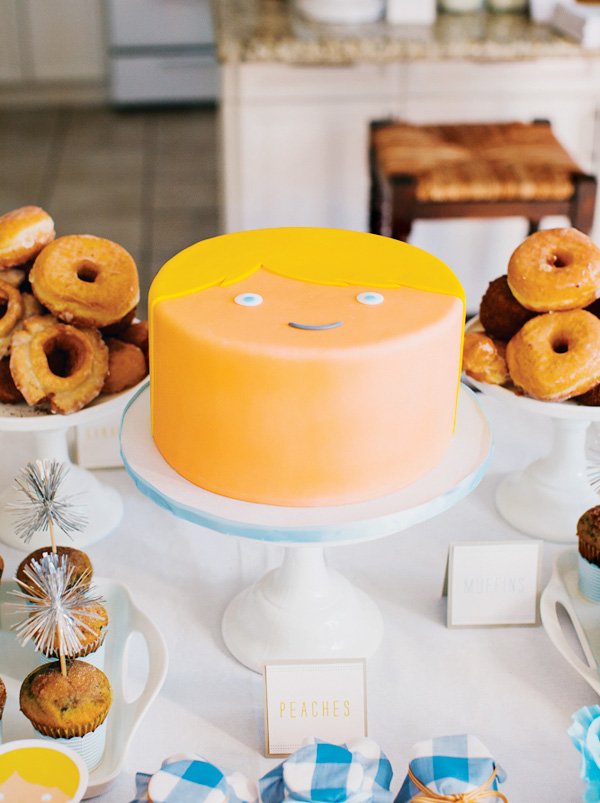 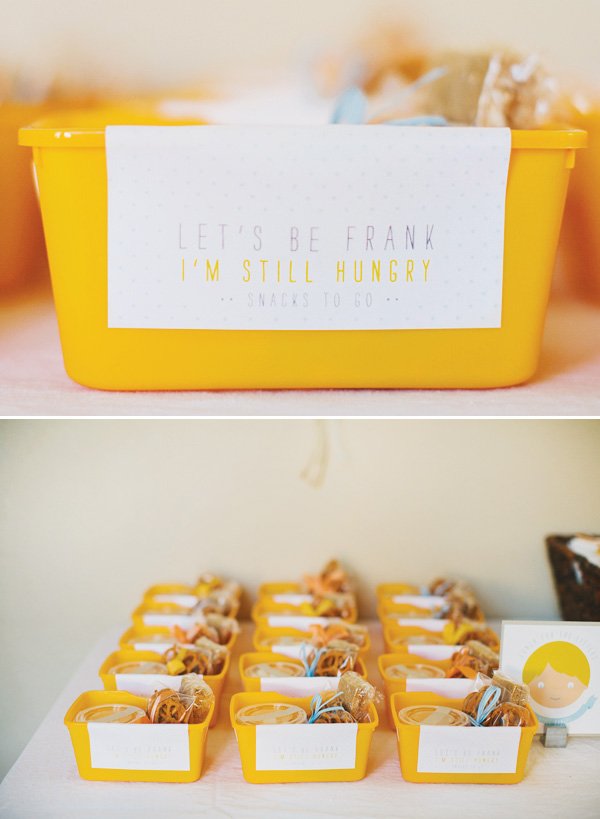 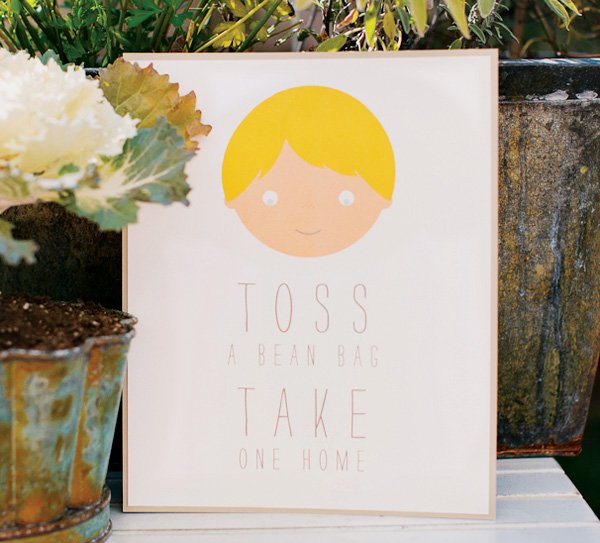 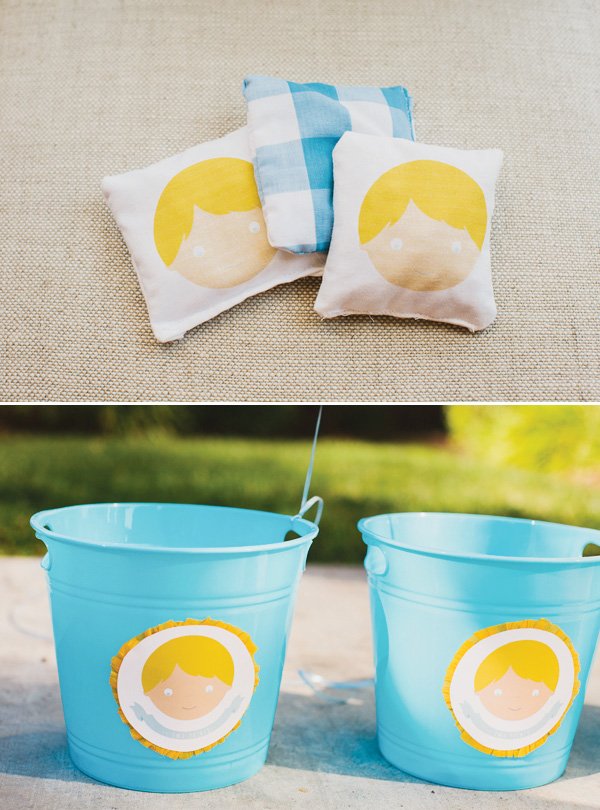 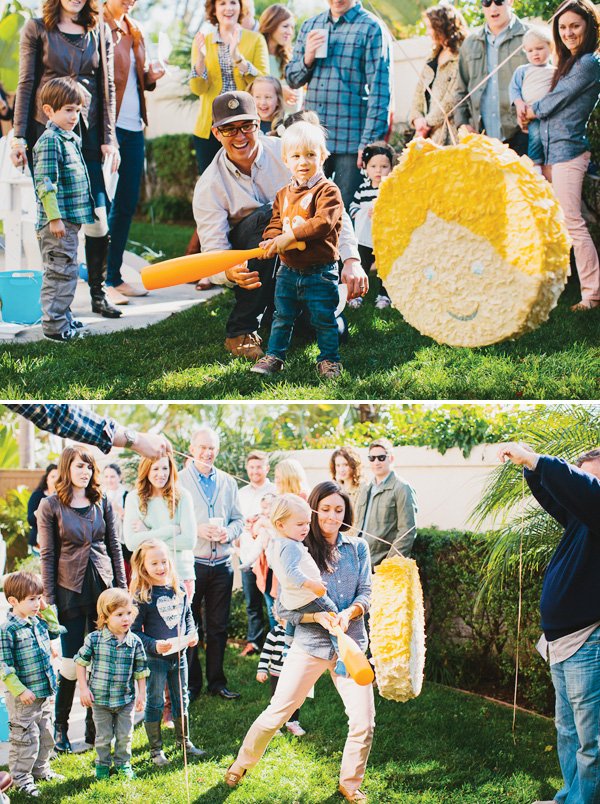 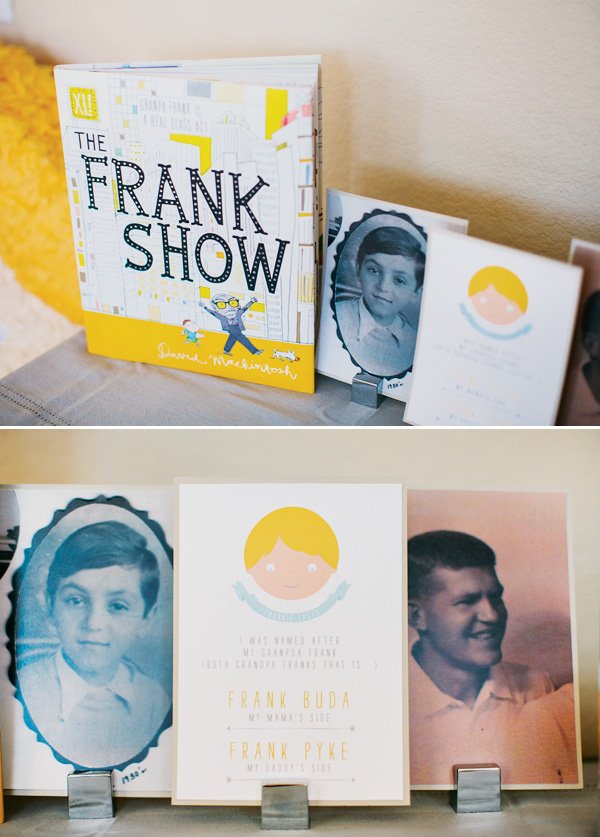 PARTY DETAILS, as told by Elizabeth…

The theme was “frankie” – so basically – a “caricature” of his face was the “logo” for all pieces of the party. we made invitations that capitalized on this theme, Karrie hand made a pinata of frankie’s face – the cake was his face, we had custom tattoos made of his little “logo”, etc. etc! The color palette was peach, sky blue and marigold – to “match” frankie’s coloring – skin, hair and eyes.

We focused on frankie’s “favorite things” – and put those in the treat bags (big car, football and treats). :) we made custom bean bags and played a bean bag game (in buckets) – coloring sheets of frankie’s face, and had a tiny tattoo station so everyone could “be like frankie”.

Fun fact – BOTH of frankie’s great grandpas were named FRANK – so we featured this on a table…with a photo of each “frank” and a book titled “the frank show”.

It turned out adorably! :)