How I Met Your Mother Party {Adult Birthday}

From pineapples and a (live!) goat to hamburger cupcakes and Canadian flags One Stone Events designed an epic How I Met Your Mother Party for her husbands 35th birthday! Renee Nicole Design + Photography captured the party + created the printables and Craft That Party contributed DIY details that pulled it all together! Try out all the inspiration for a season finale party, it’s airing on May 13th! 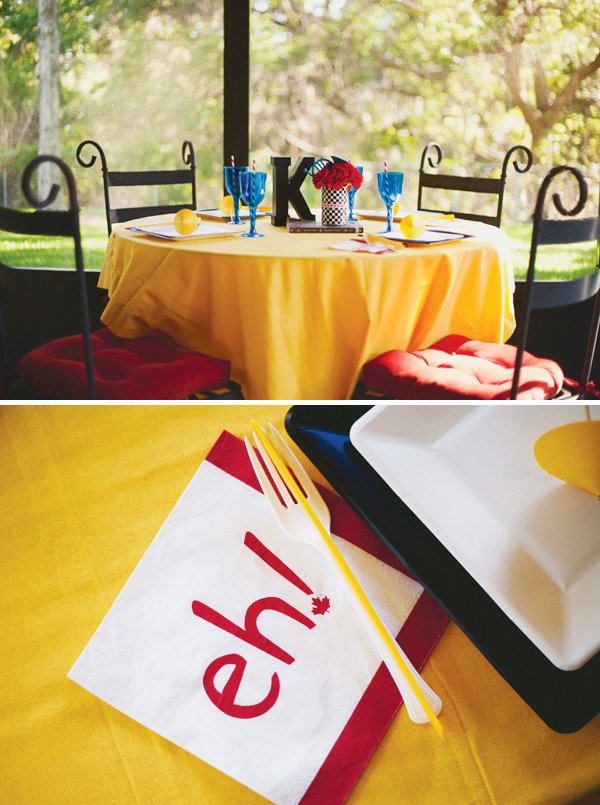 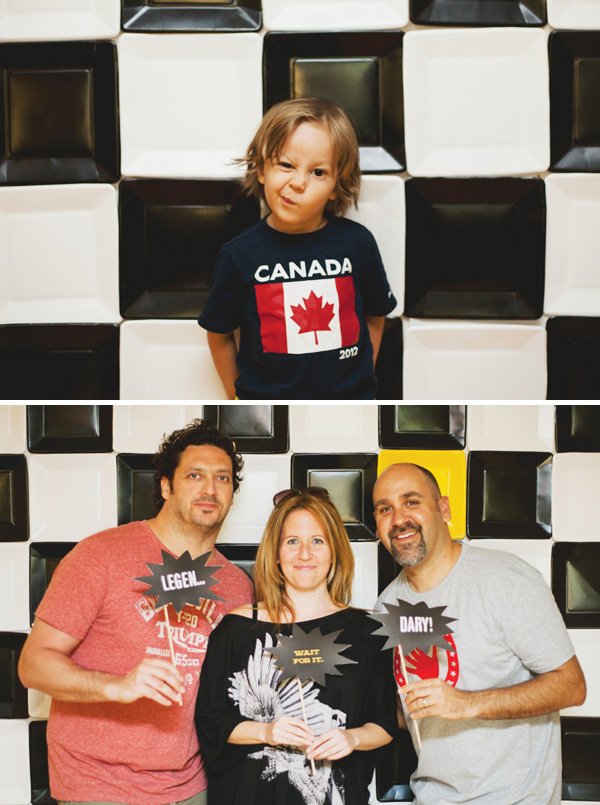 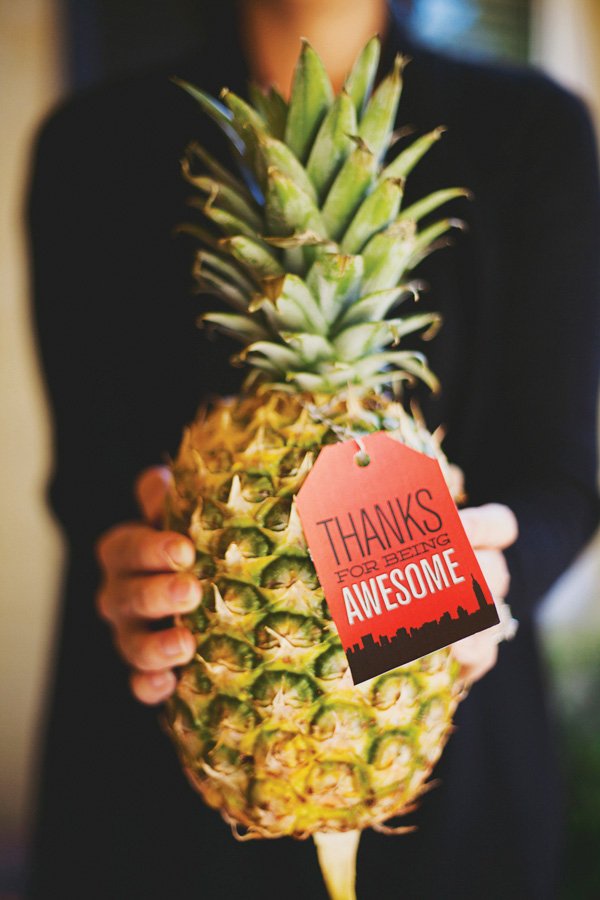 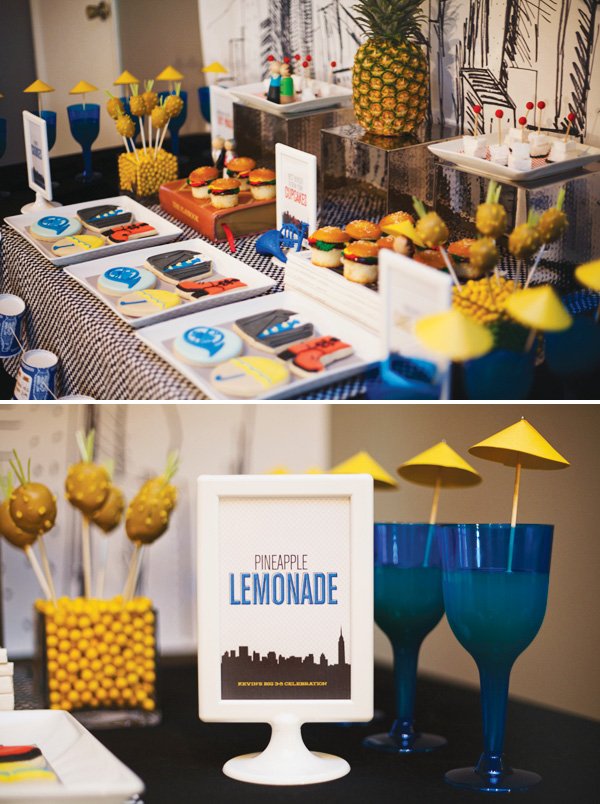 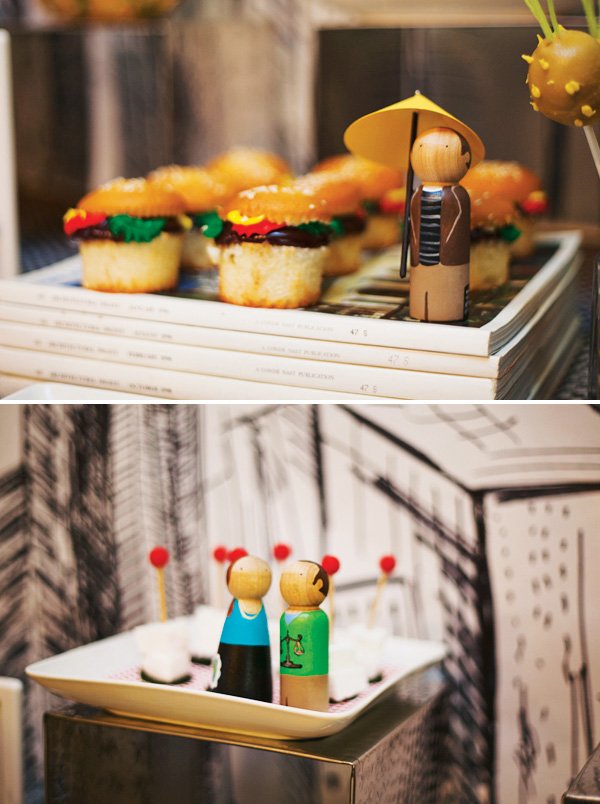 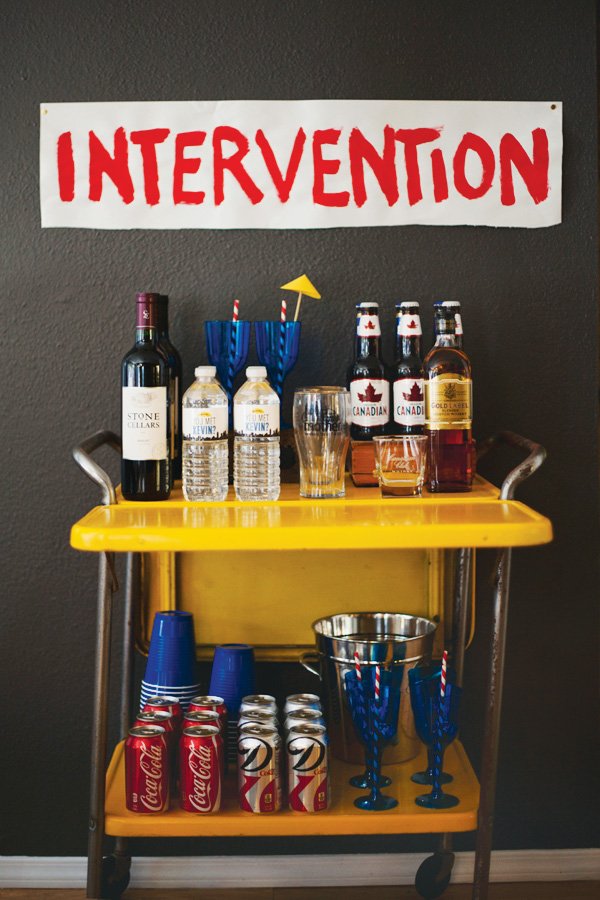 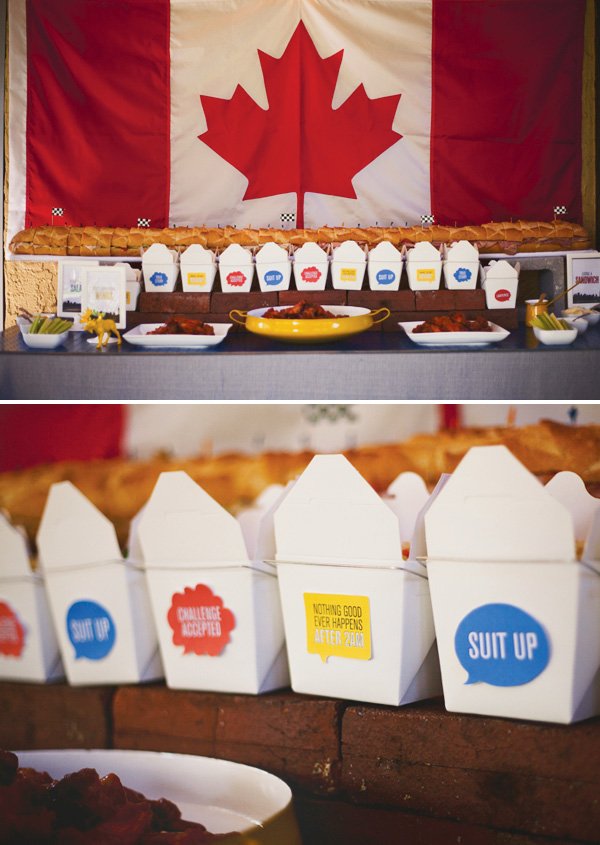 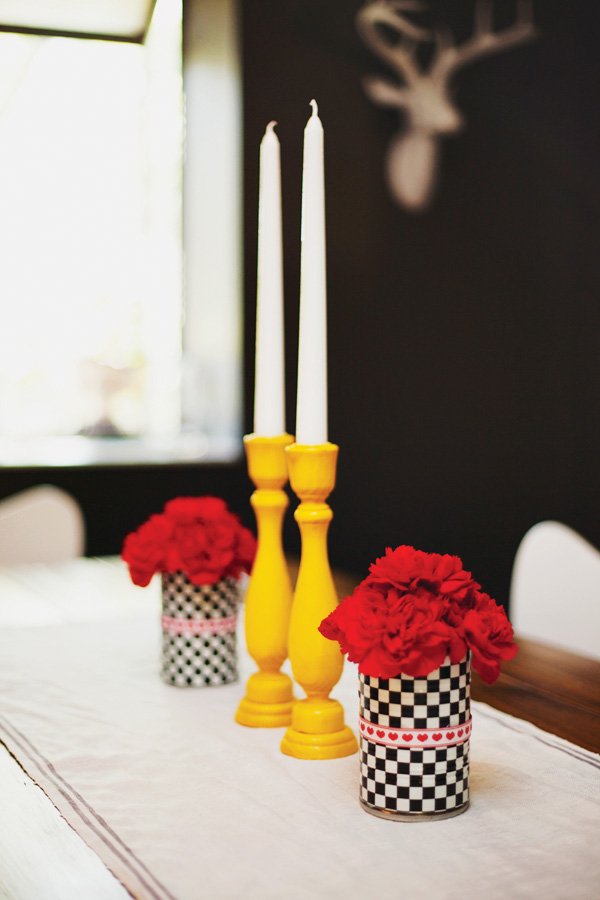 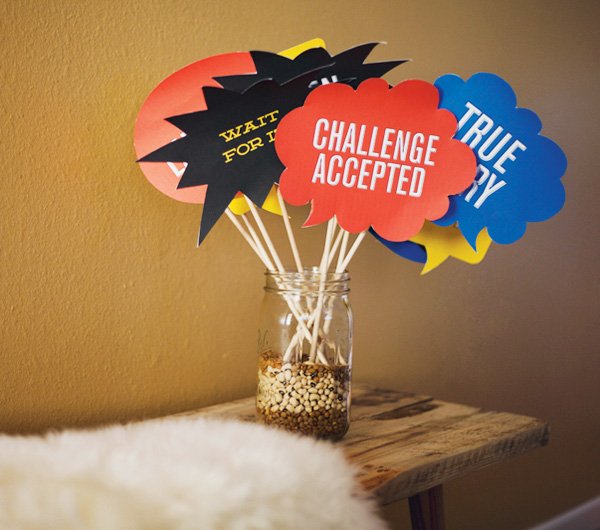 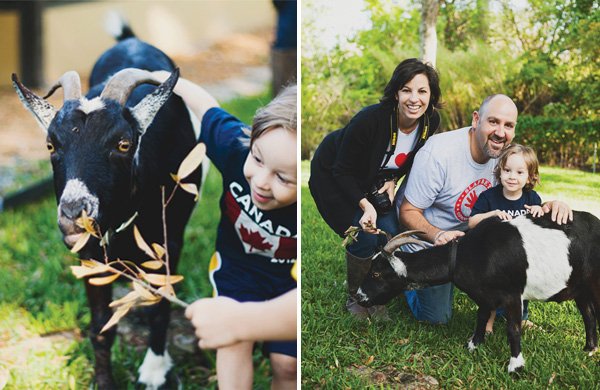 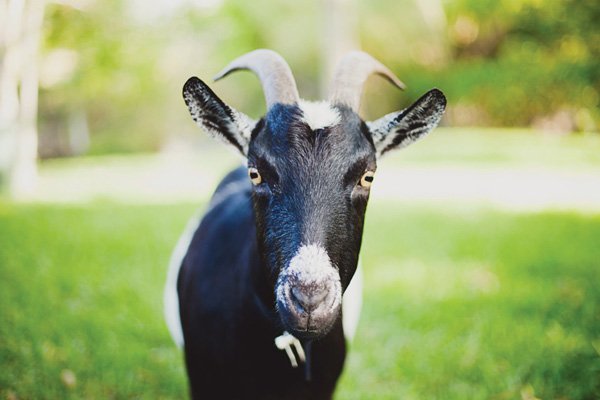 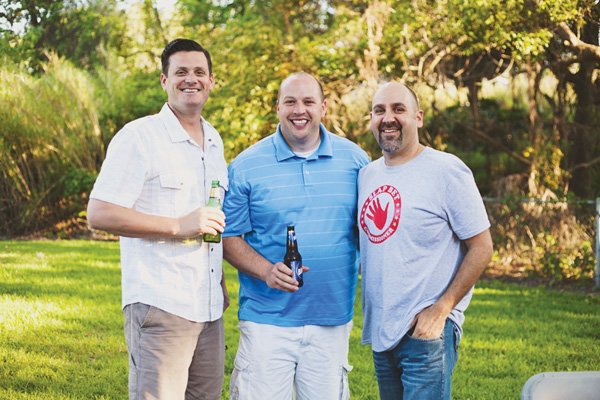 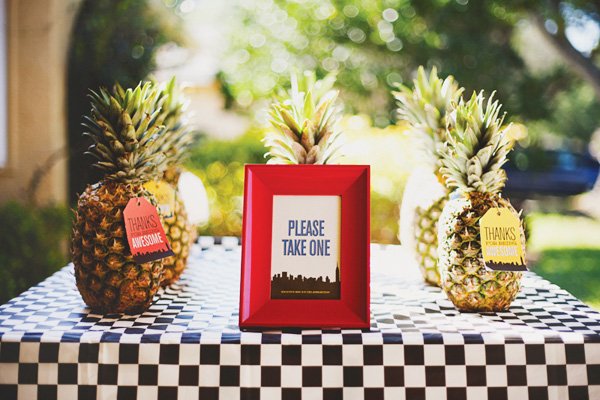 What do you get when you mix a Canadian with a New Yorker, both with mad love for the show ‘How I Met Your Mother’? A no-brainer of a theme for a big birthday bash! Challenge accepted!

I can’t even begin to tell you how much fun this party was to plan for my husband Kevin’s 35th birthday. How I Met Your Mother is our favorite show and if you’re a fan, you’ll get it. It’s smart and funny and everything you want a sitcom to be. Just brilliant! One of the best parts of planning was that another party guru friend, Jenny of Craft That Party is also a huge fan and contributed some of the greatest details you’ll see. It was great to bounce ideas off her and she put up with all my crazy requests, so…thanks so much Jenny! We’re like ‘bros’ now…

If you’re a fan of the show, you’ll appreciate the innate detail and obsessive thought that went into everything, from the specific placement of the Ted peg doll, standing atop a pile of Architectural Digests, separate from his coupled friends, to the iconic New York coffee cups (bet they’ve never been used this way before!) and chinese takeout boxes, the use of little red hearts (on the paper and ribbon) to portray a big part of what this show is about and the symbolism of the one yellow plate on the photo wall backdrop  Speaking of which, that wall is made of paper plates. The iconic paper plate backdrop was originated by Piggy Bank Parties and I’m so glad I finally got to use it for one of my parties. It made for a great photo wall.

The main design element was the black and white checkered pattern, just like the NYC taxicabs. It started on the invites and went through to all the printed items, awesomely designed by Renee Nicole Designs, and was also used on the fabric runner, favor tablecloth and yes, that’s checkered duck tape wrapped around the wreath and centerpiece cans.  True story. I also used yellow, red and blue as accent colors for the yellow umbrella, blue french horn and red intervention sign and tied it into all the other party details.

Marshmallows and Lily Pads (I had to…for those who don’t know the show, this is what 2 of the characters call each other. These were homemade rum vanilla marshmallows sitting on top of green apple fruit leather by LGTPS.)

DRINKS
Since my husband is Canadian, I had to go with Canadian beer, but we also had wine and scotch (both relevant to the show) and the beer sat on a cigar box. Water bottles were wrapped with labels saying ‘haaaaave…you met Kevin’?

We had guests fill out cards that said: How I met Kevin: Things I learned from my mother: Why Kevin is awesome:

As a parting favor, each family took home, what else? A pineapple….

The goat was definitely a highlight! His name was Cupcake and he was so sweet. I’m not sure who enjoyed him more, the kids or the adults! Disclaimer: No animals were harmed in the having of this party!

Everyone took photos by the checkered wall with little bubble quote signs with sayings from the show. One detail that might not come across in photos is: on the wall when you enter the house, there were 2 little signs ‘Legen’ and ‘wait for it’….and on the back patio door was ‘dary’. You’ll only get that if you watch the show.

It was so much fun not only incorporating details from our favorite show into the party, but being able to pay homage to where my husband and I both come from (hence, the giant Canadian flag backdrop on the food table). A good time was had by all and I’m pretty sure the birthday boy felt loved. He was SO deserving of this great celebration.