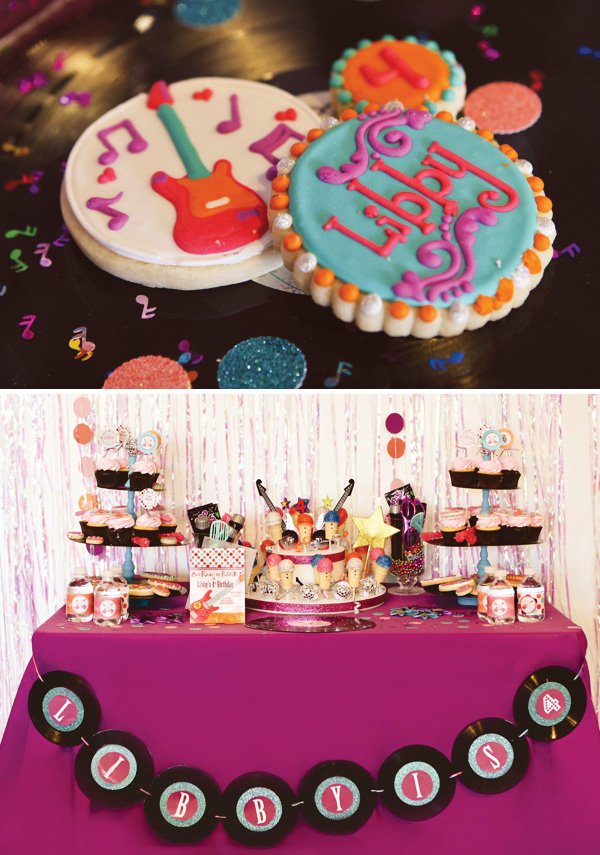 When a music-loving tiny diva turns four, the only way to celebrate is in style! This girly themed Rockstar Birthday Party is filled with a fun color palette, DIY creativity, and sweet treats to leave the guests singing and dancing long after the party ends. Nicolle Spitulnik here, from Libby Lane Press, sharing the rockin’ good time that Libby and her VIP guests had when flooding the stage wearing glittery glasses, custom VIP passes and belting their favorite tunes into mini microphones. 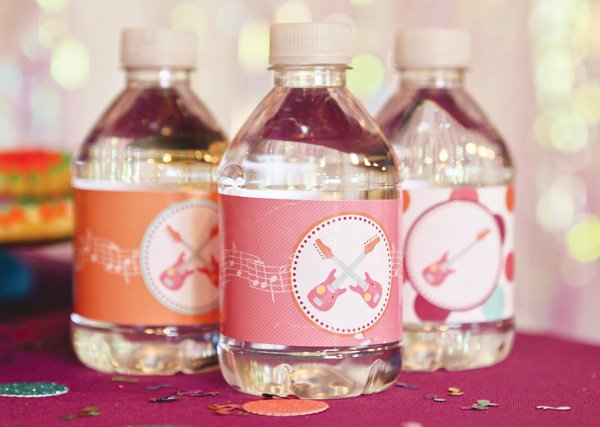 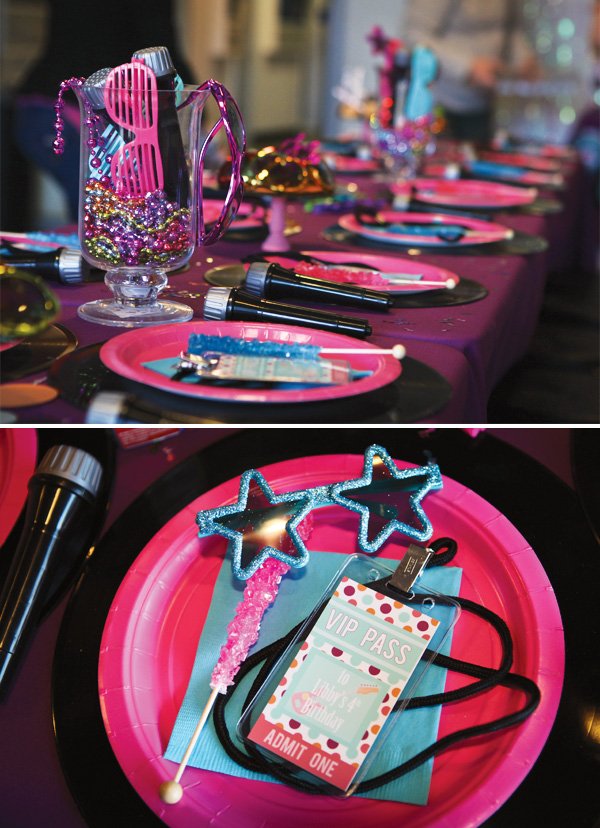 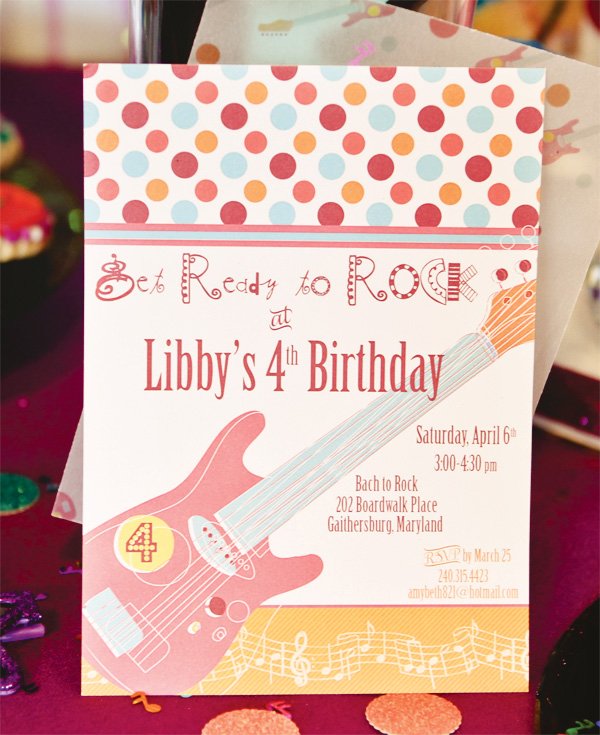 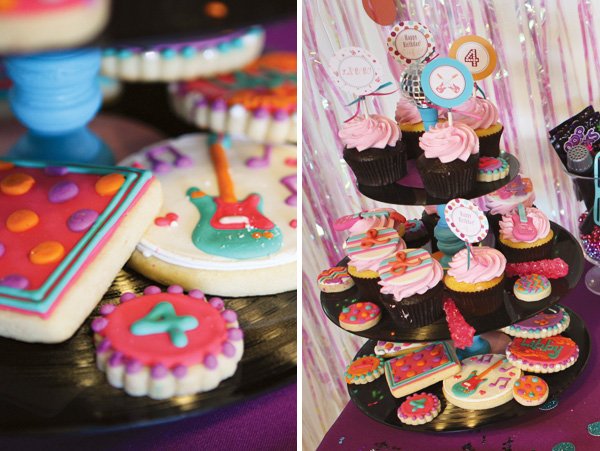 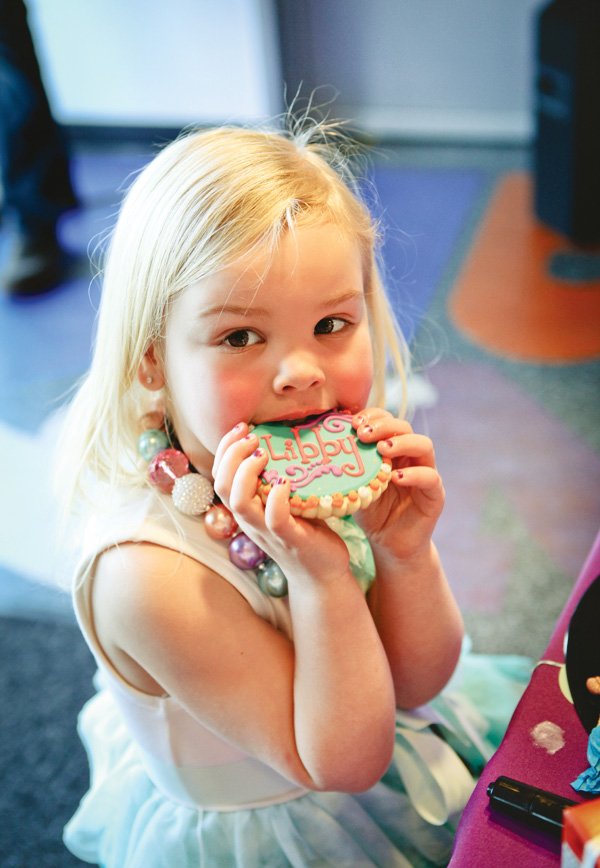 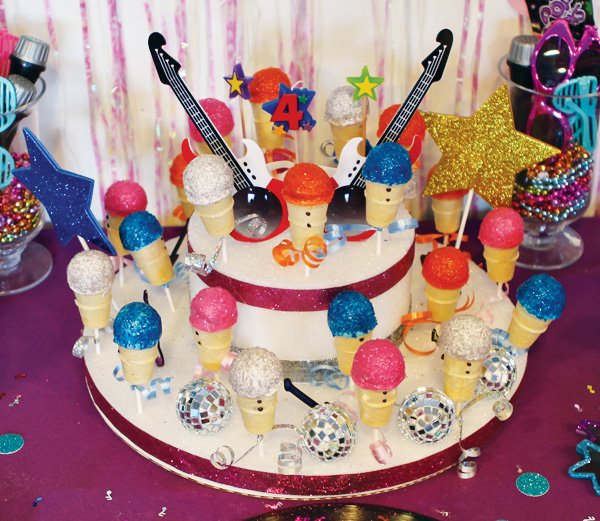 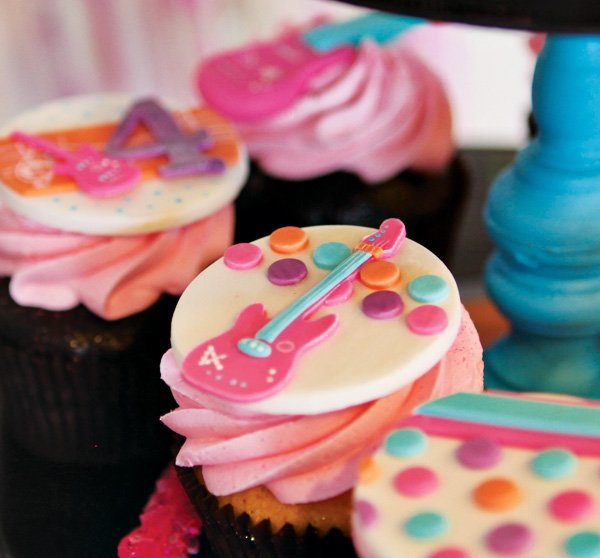 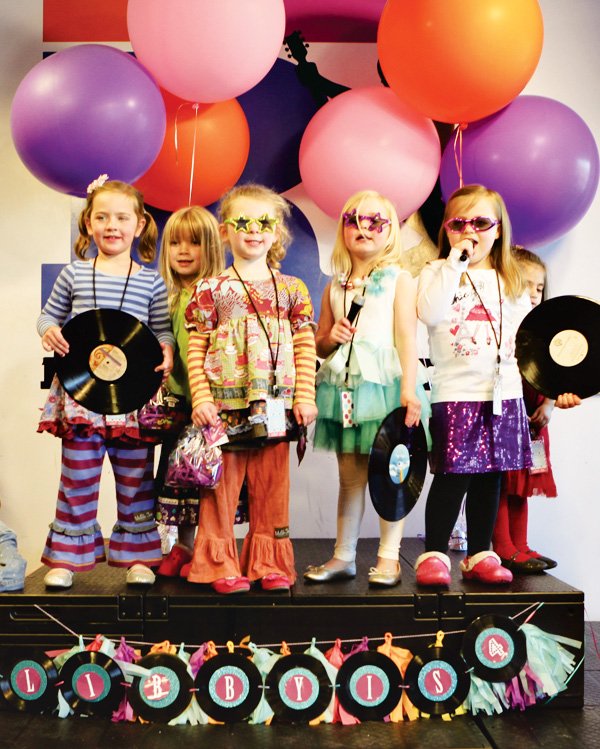 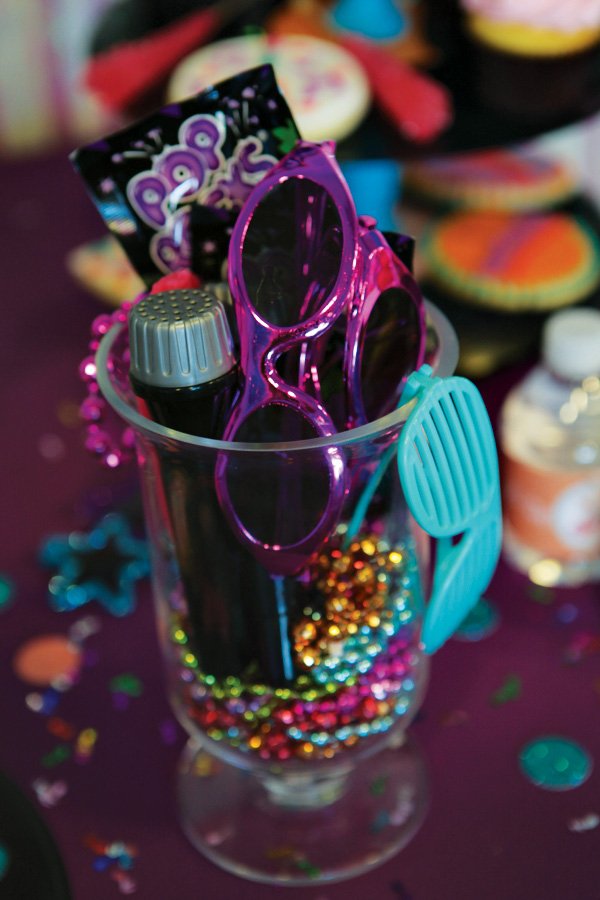 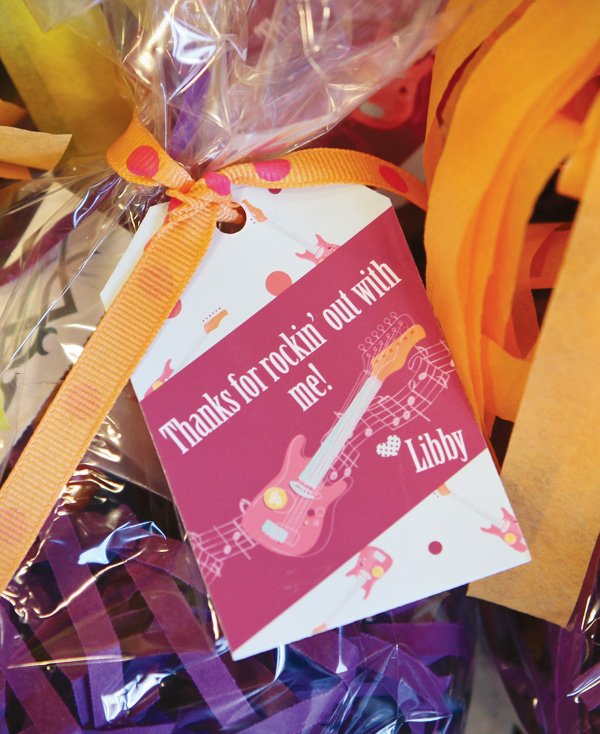 PARTY DETAILS, as told by Nicolle…

When friend and loyal Libby Lane Press client, Amy King, started brainstorming ideas for her daughter, Libby’s 4th birthday she looked no further than what inspires Libby most: Music! Libby may only be 4, but she can be found singing along to the most popular tunes on the radio and choreographing a routine or two with her older sister. Next, reserving a space at a local kids music school for her party seemed like the best locale for this birthday concert. Custom invitations were created in spring colors to mix the whimsy and pop-star fun for this star’s April soiree. The invitations were mailed in vellum envelopes filled with music note confetti to prepare the VIP guests for the fun that was in store for them!

DIY DECOR
Record Cupcake Stands: Libby’s mom wanted to keep with the music theme, even if the children had no idea what about records, so she scoured local flea markets for vintage records to use as party décor. After painting wooden candlestick holders and applying hot glue, she had created stands to display the glittery cupcakes topped with fondant toppers that mirrored the invitations perfectly. With the extra records, she created charger plates for each guest.
Record Banner: Using classic 45’s with small holes drilled on the sides, glitter scrapbooking paper and printable circles, a “Libby is 4” banner was created to debut in front of the dessert table. {Tip: Be sure to bring heavy pins or even screws to hang the banner.  It’s easy to forget how heavy the vinyl records make the banner when setting up on party day!}
Confetti Circle Backdrop/Table Runner: It is always a struggle to create a custom look at an off-site venue, however Libby’s mom did a great job incorporating DIY crafts in coordinating party colors to disguise the bare white walls.  Using a large paper punch, Paper-Source cardstock and Baker’s Twine – an easy and affordable backdrop was created. The iridescent fringe curtains were draped against the wall, then layered with the Confetti Circles.  The string of Confetti Circles were also added as a runner down the long guest table.

ACTIVITIES
Since this party was hosted at Back to Rock, the musicians had plenty of activities planned to keep the music-loving guests entertained in between sugar breaks.  Each child had a chance to play the drums, sing and as a group they recorded “Happy Birthday Libby” as a keepsake for the birthday star. The party concluded with a group dance party on the stage with the birthday girl, front and center, in all her of her glory.

About the Author: Nicolle Spitulnik

NICOLLE SPITULNIK is the founder of Libby Lane Press®, an online paper design shop where sweet and whimsy meets bright and bold. Nicolle’s love of patterns, texture and color are not only showcased in her designs but also styled events.

With a Masters in Education and an undeniable creative spark, Nicolle began Libby Lane Press while on maternity leave with her second child. Armed with self-taught graphic design skills and a tenacious spirit for success, Libby Lane Press embarked into the world of printable party goods. Staying true to her heart and love of fine paper, Nicolle is preparing to launch a custom wedding papery branch of Libby Lane Press.