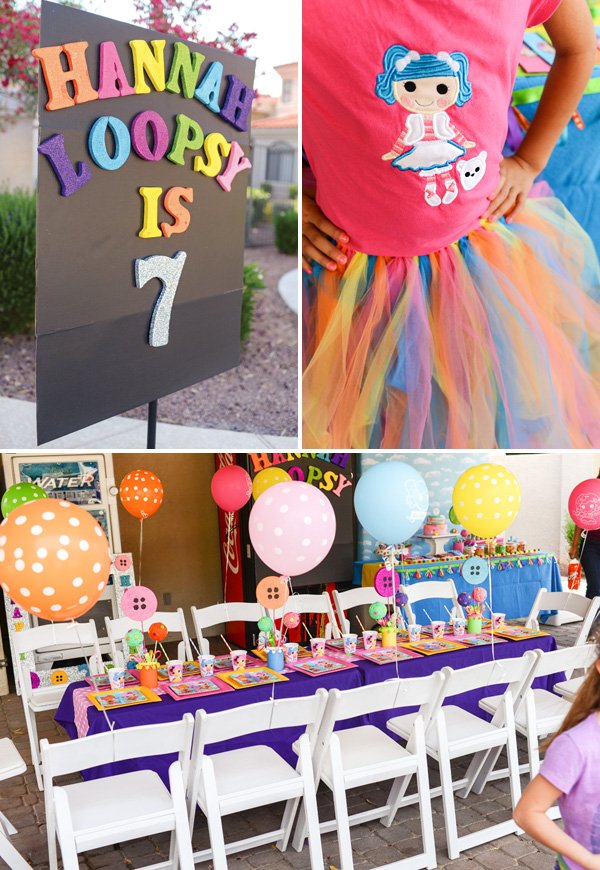 When styling a party centered around a popular character, it can be tempting to get everything from 3rd party vendors, since you know they’ll more than likely have things that will match. Nancy Pfeifer of A to Zebra Celebrations thought outside of the box by adding in a hefty dose of DIY details, like the glittered signs, button themed centerpieces & that amazing piñata for her daughter’s Lalaloopsy Birthday Party! I would say she struck the perfect balance between store-bought details (a huge timesaver) and budget friendly crafts, which add that personal touch :). 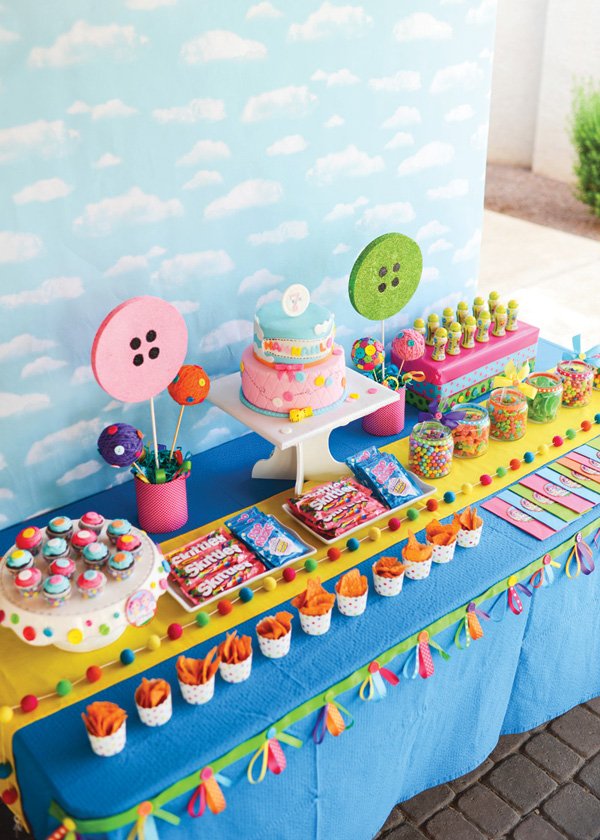 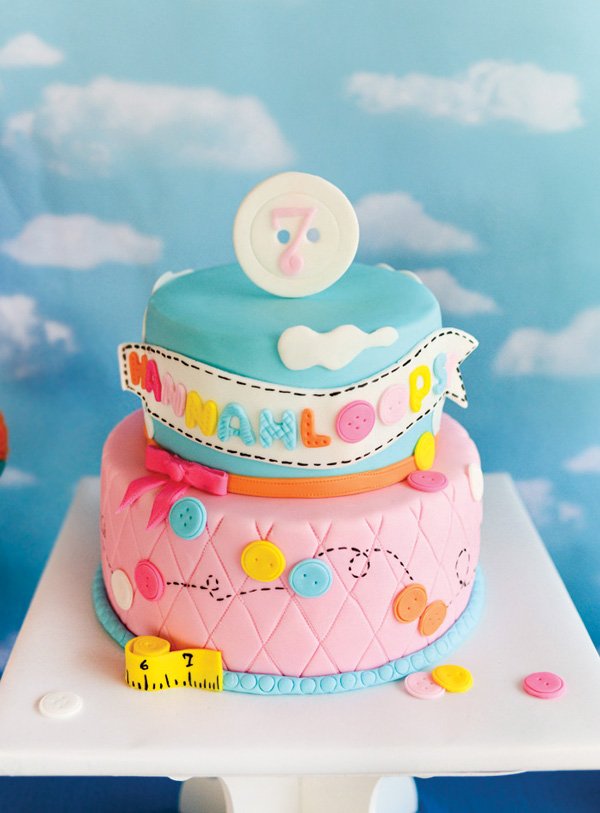 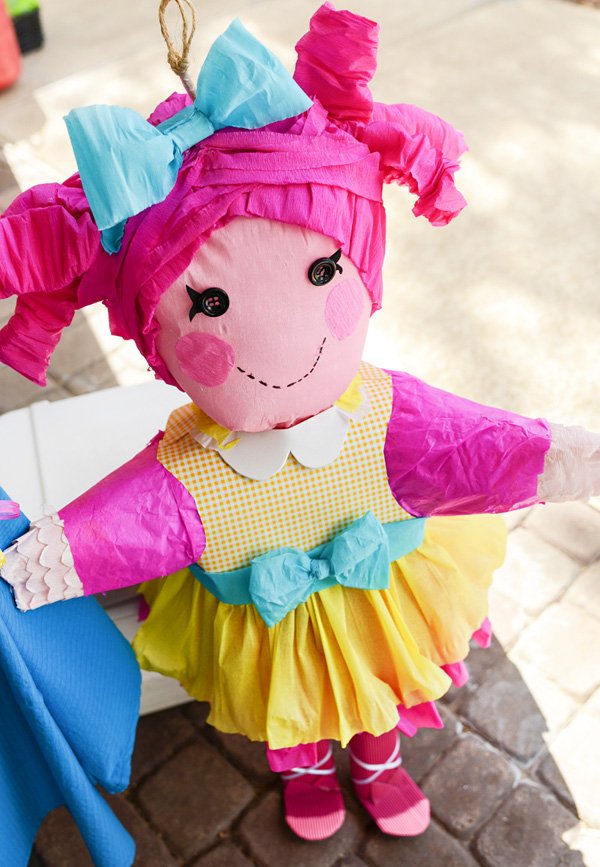 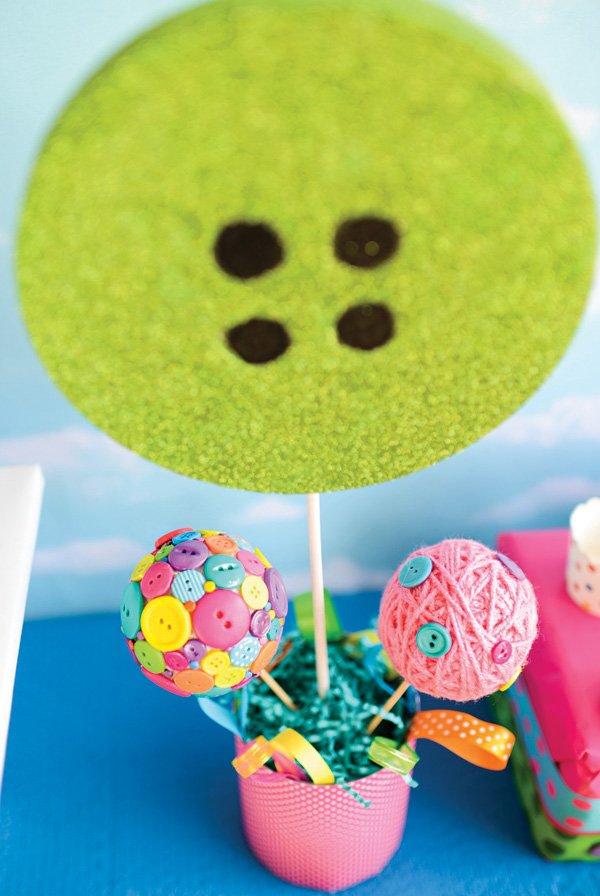 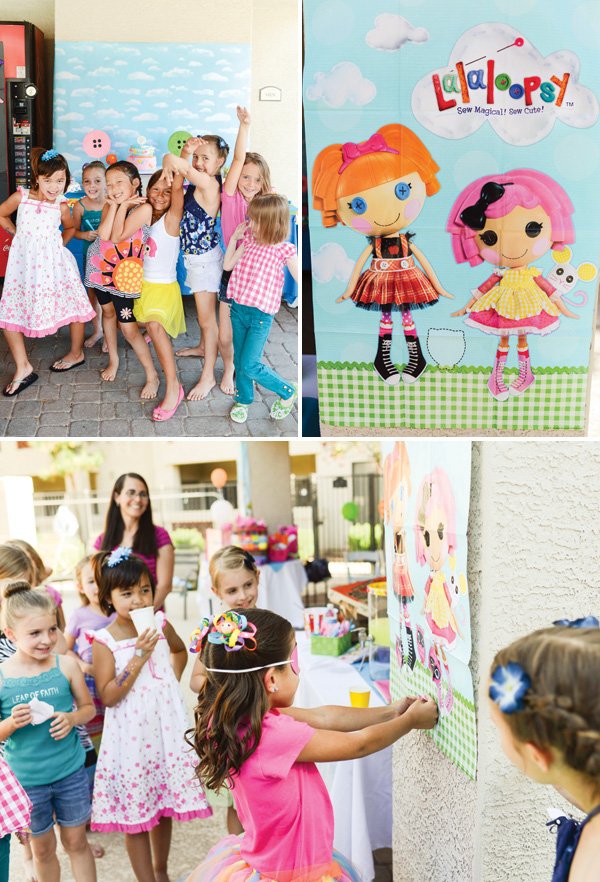 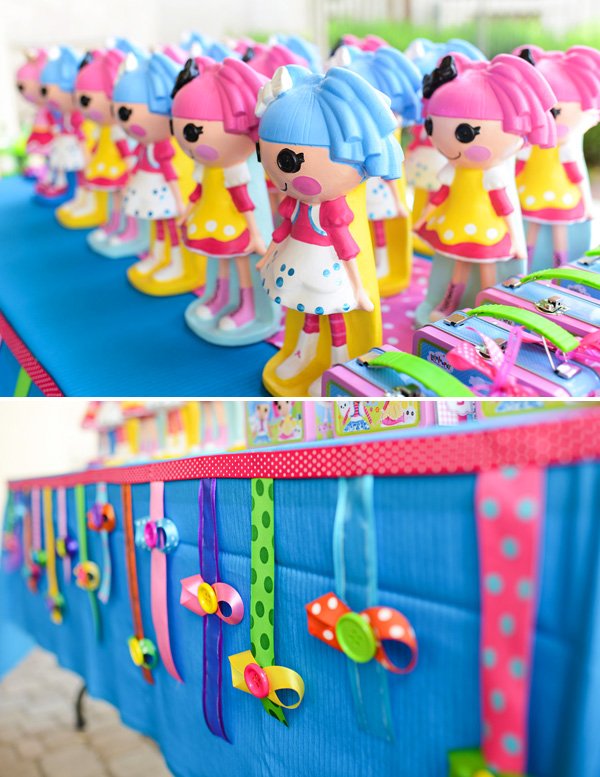 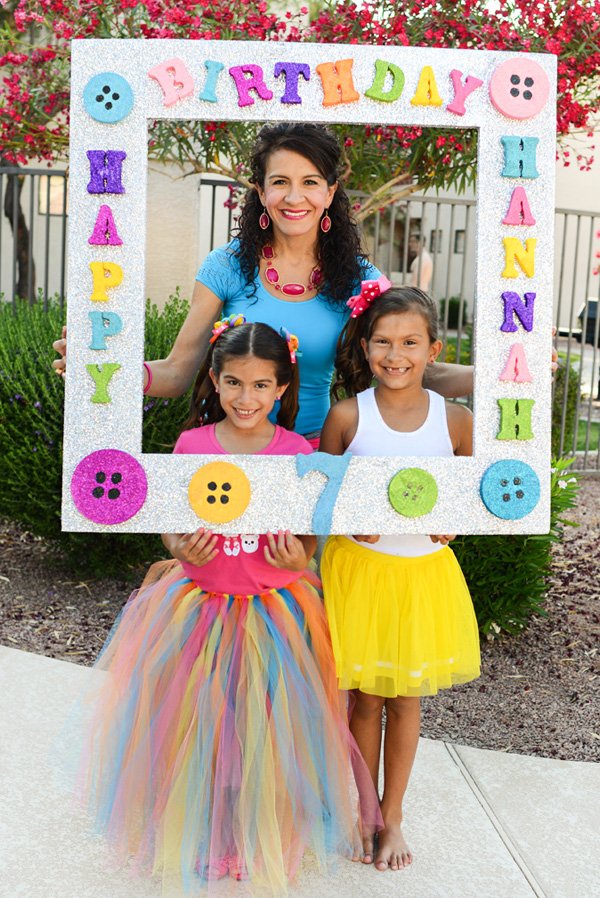 PARTY DETAILS as told by Nancy…

My youngest daughter Hannah loves dolls. She had been asking for a Lalaloopsy party for months prior to her birthday. I’m not a huge fan of character parties, but I thought it’d be fun to mix it up with some creative ideas of my own.

Decorations
I made a couple of ribbon garlands for the dessert table and favors table. I also made the centerpieces with foam and yarn balls. I spray painted the foam to make it look like buttons. I wrapped foam balls with yarn and glued buttons on them. Everything was inserted into a recycled can of soup wrapped with scrapbook paper. It was easy and very inexpensive.

Desserts & Candy
I ordered a custom cake and mini cupcakes from Inspired Sugar as well as candy from Candy Galaxy because they have a huge variety at great prices. I put some Doritos in cupcake wrappers to add a pop of color to the table and made a solid yellow color table runner for the table, which made the table bright and happy. I decided to use small jars for the candy to help keep the party on budget.

Party Favors
Each little girl received a cute Lalaloopsy mini lunch box with a personalized tag from Sugar Shack Crafts. They also received a Lalaloopsy bank to take home, which I found in Mexico.

Games & Activities
My mom makes the piñatas for every party (which you can also find on etsy). The girls played a “Pin the Owl” on a Lalaloopsy poster from Party City. For the photo booth, I made a big foam frame that said “Happy Birthday Hannah” for the girls to hold while taking pictures. There was also a standing sign that said “Hannahloopsy is 7”!