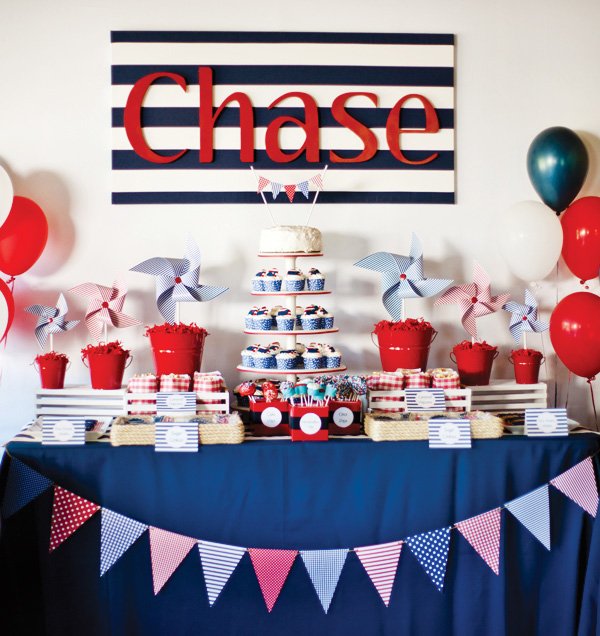 While literally waiting for her son to be born, Kristin of Paige Simple started planning for her son’s first birthday. Using inspiration from his nursery and party supplies she already had, Kristin celebrated with a gingham, polka dot & red striped Nautical Birthday Party that has us swooning over the adorable whales, precious birthday boy party hat & awesome dessert table backdrop! 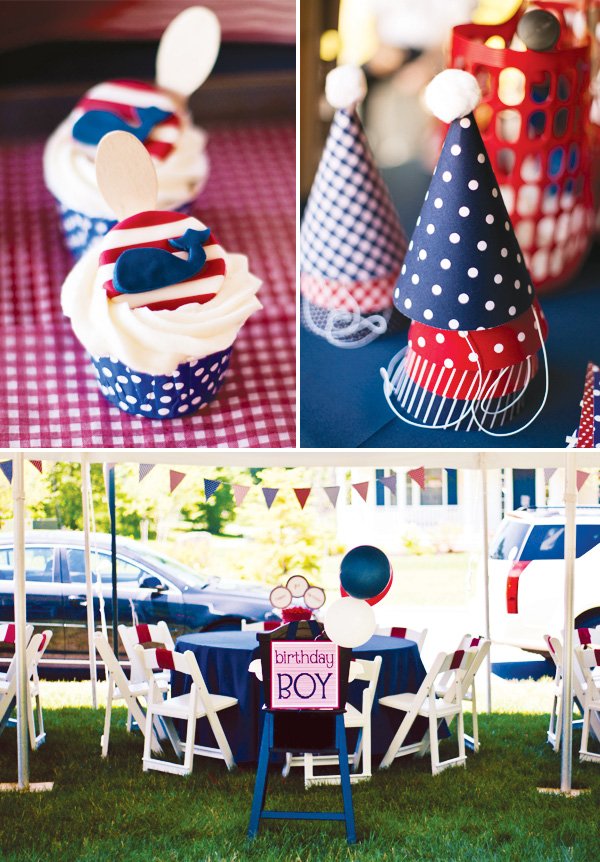 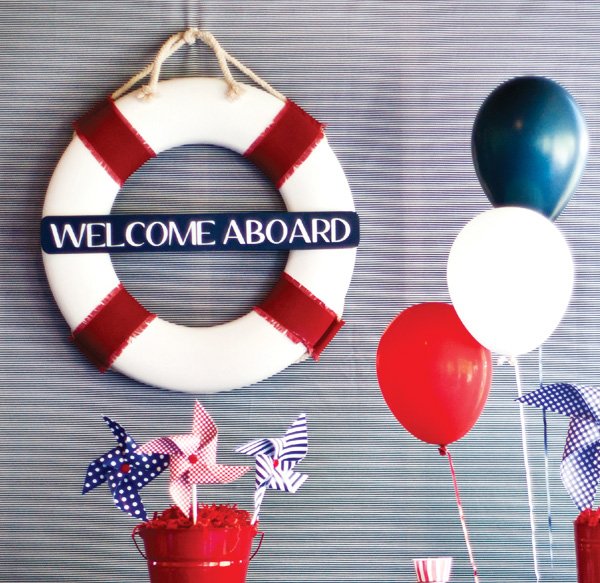 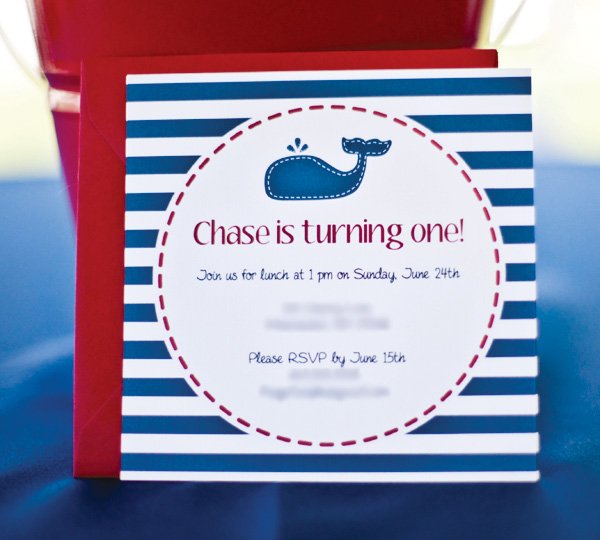 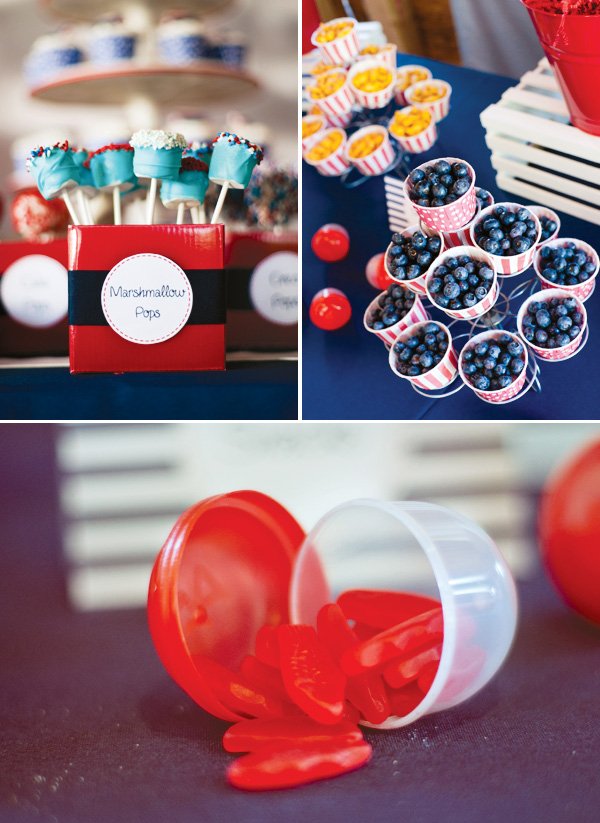 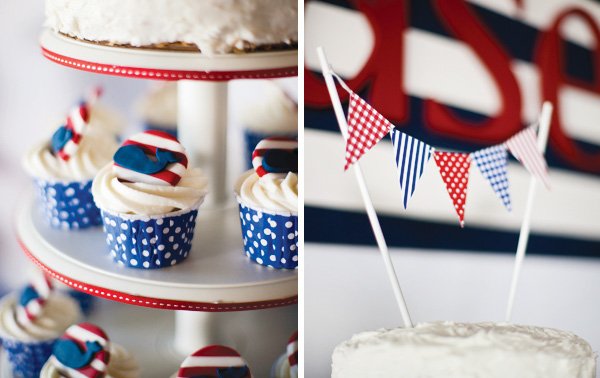 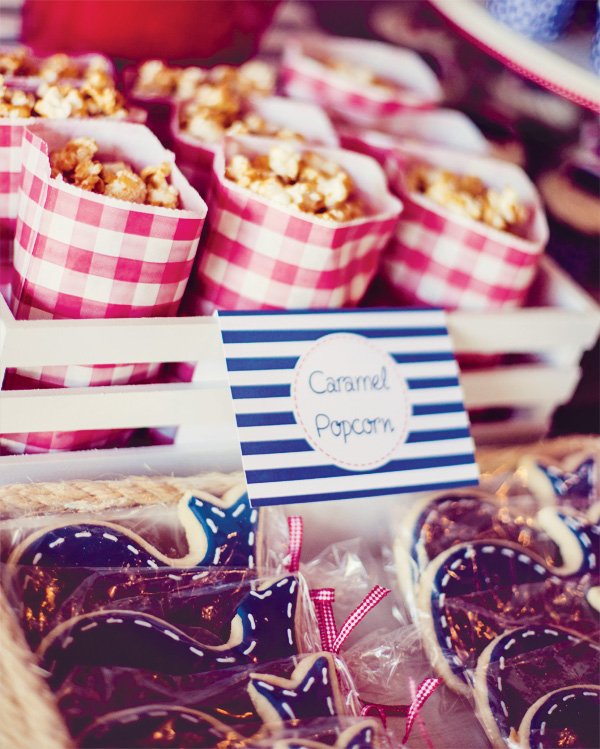 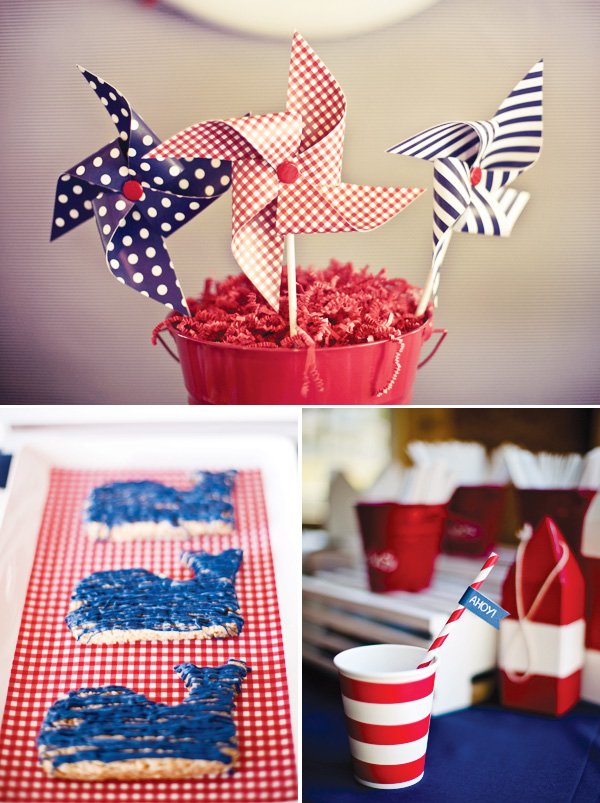 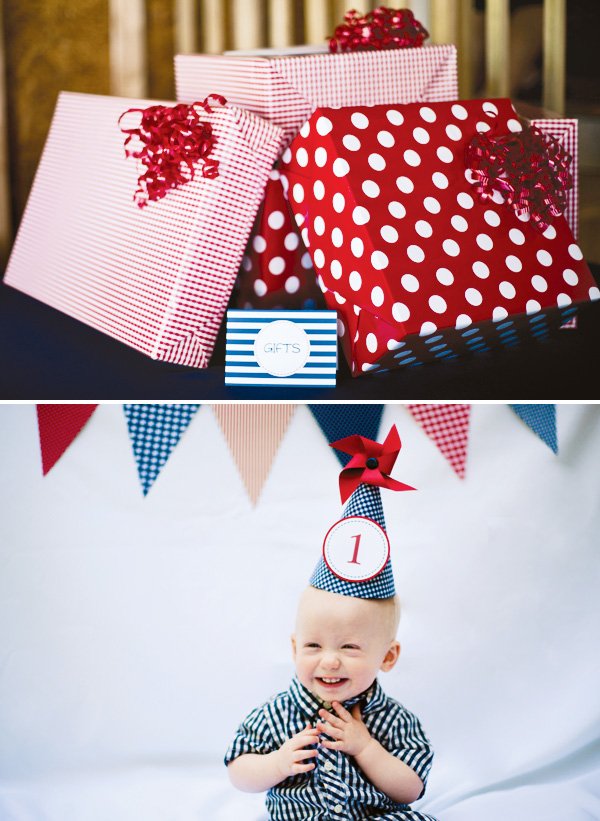 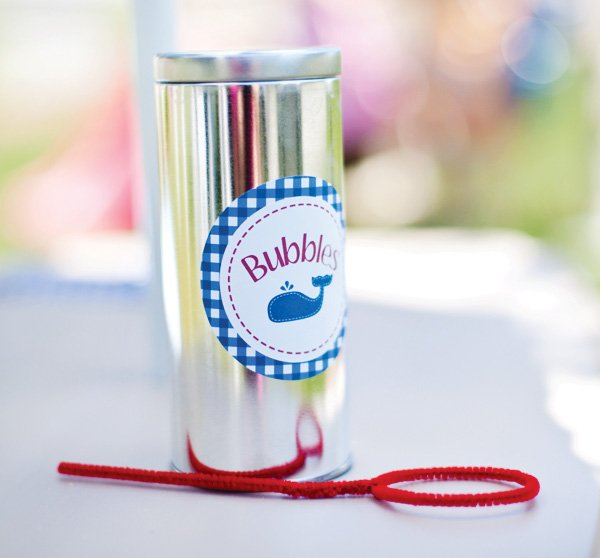 PARTY DETAILS, as told by Kristin…

This party was a labor of love for my son who turned 1 on June 25th. Everything was meticulously planned out from the invitations, which I custom made, to the rope covered serving tray that held the cookies that matched the invitations perfectly. It was a family affair, with baked goods from my sister and sewing projects courtesy of my mother.

My son, Chase, was 10 days late when he was born so I was literally sitting around for 10 days with not much to do while we ‘patiently’ waited for him to arrive. Since I’m a planner by nature I decided to start planning his 1st birthday. Yes, you read that right; I started planning his birthday before he was even here!

My husband and I already owned a collection of red outdoor party ware so I decided that red had to be incorporated into his party. The whale inspiration came from a Pottery Barn Kids bedding collection that we almost selected for his nursery. The stripe, gingham and polka dot patterns were inspired by a pennant bunting that I saw on Etsy. Many of the details were inspired by ideas that I found through my favorite website, Pinterest! For example, the homemade bubble containers that were originally posted by Hostess with the Mostess here.

My favorite element of his party was the ‘1st Year’ Book that I created for him through Shutterfly. I created a photo book, similar to a yearbook, which contains pictures of him throughout the year. We had guests at his party sign the book just like you would do for a school yearbook. I’m planning on doing one every year going forward and then giving them to him when he leaves the nest.