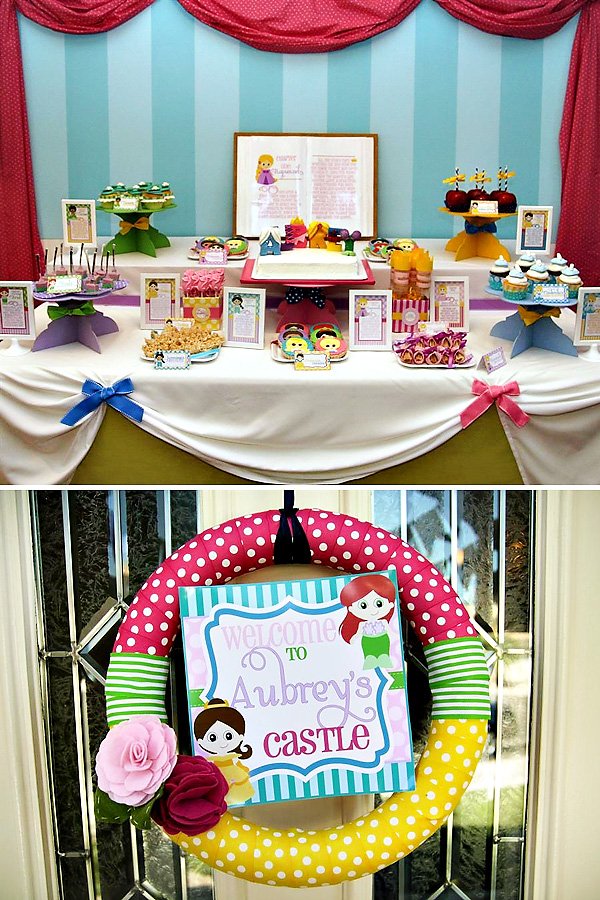 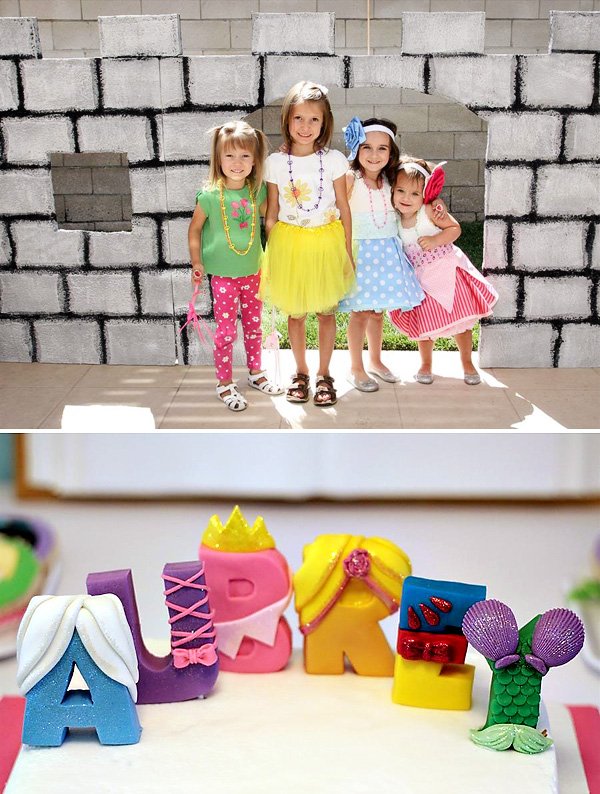 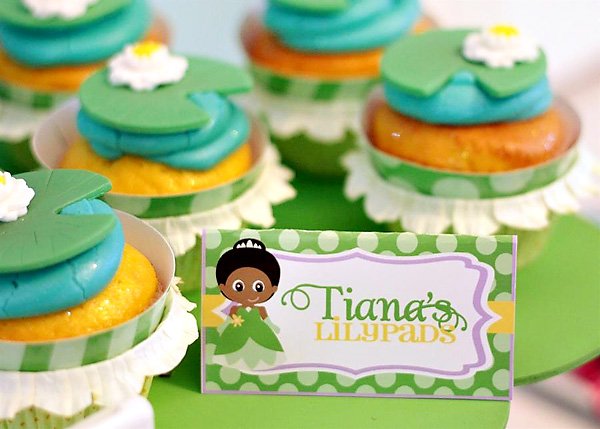 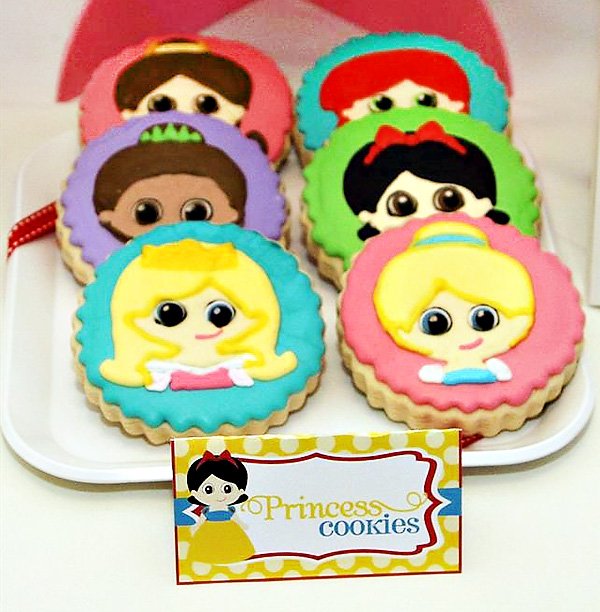 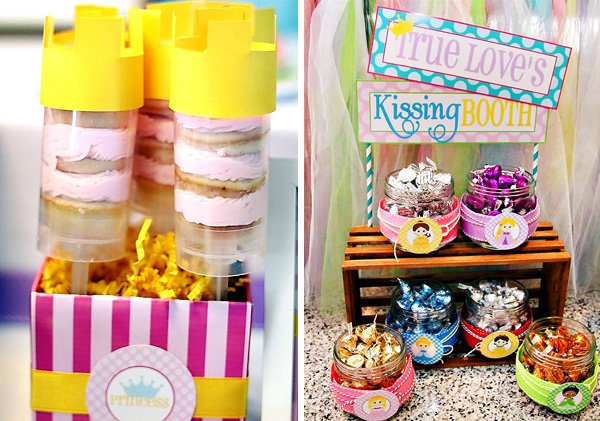 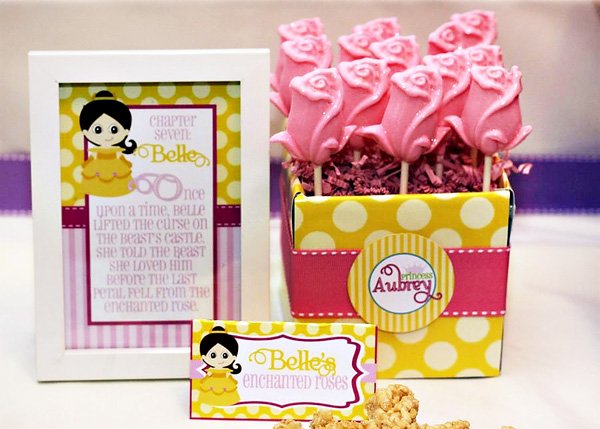 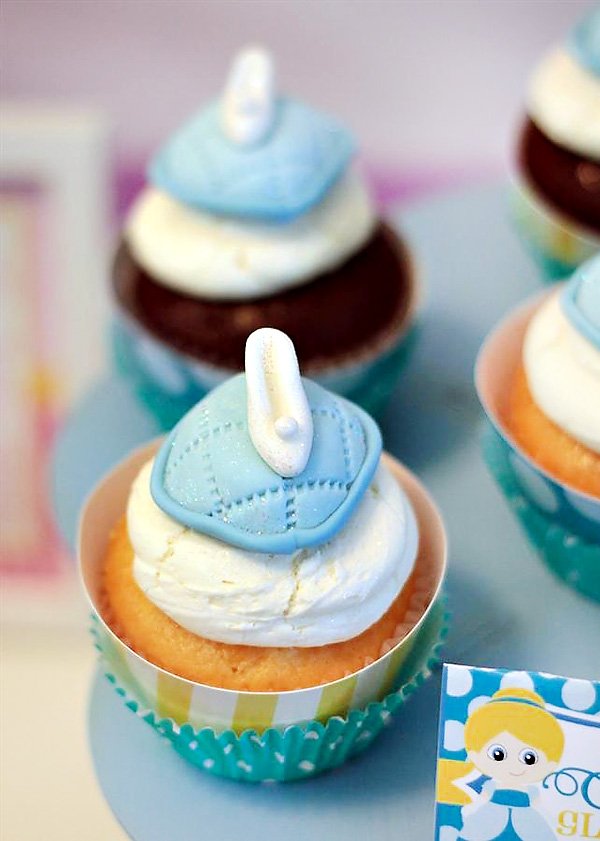 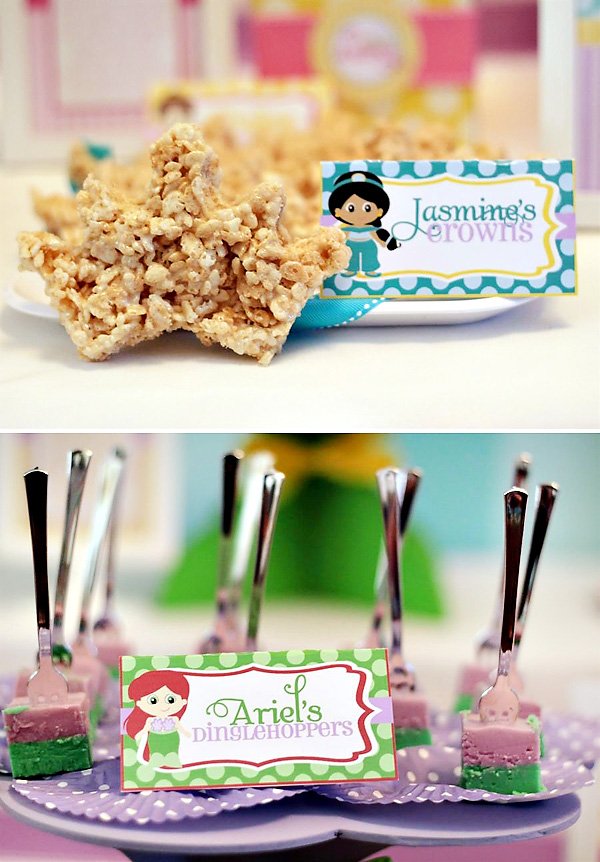 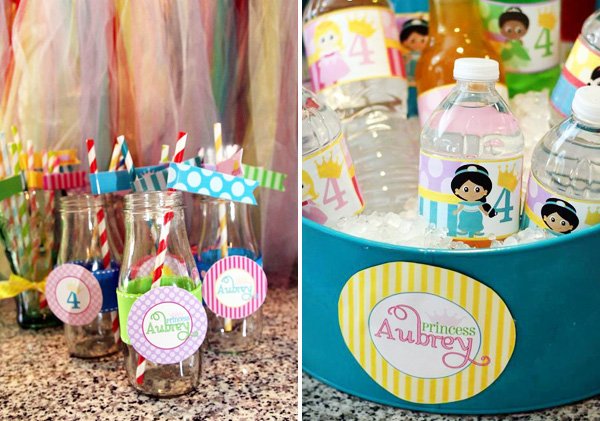 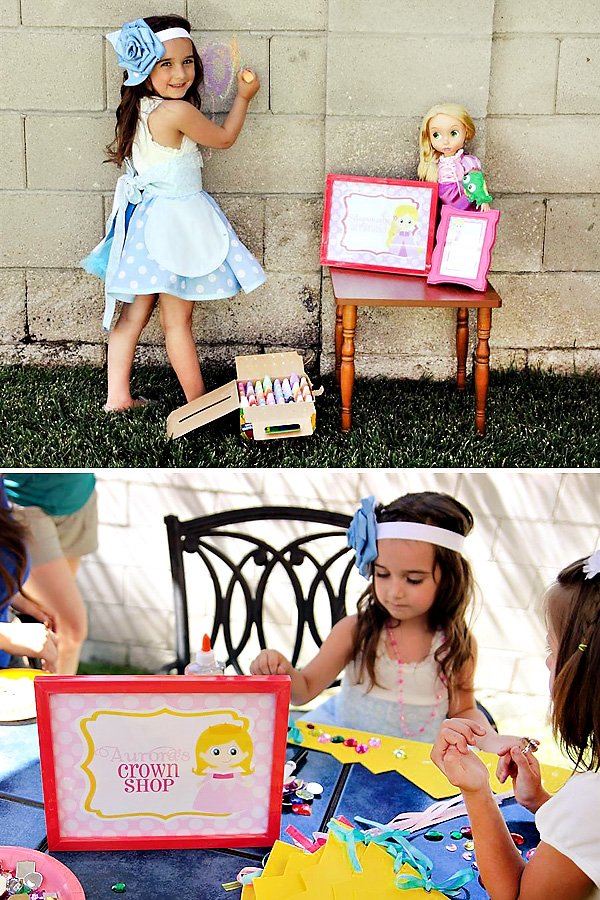 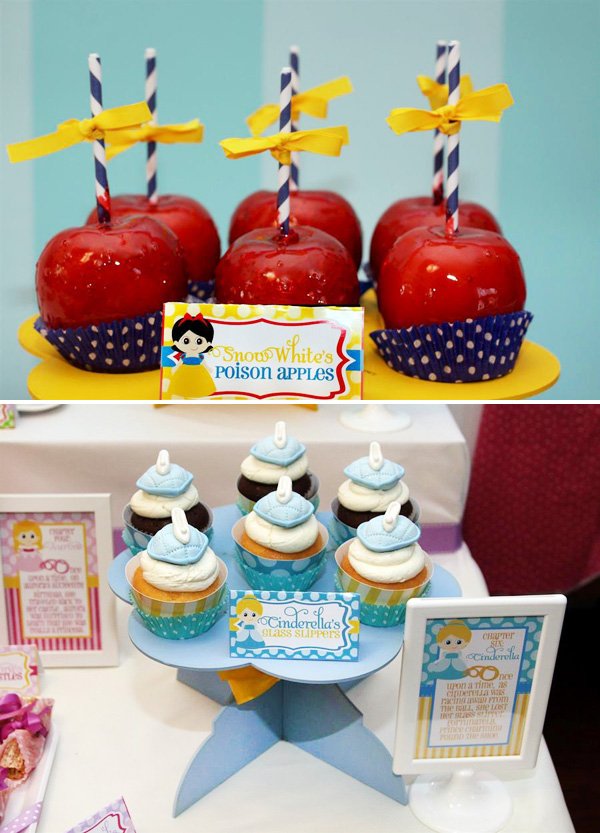 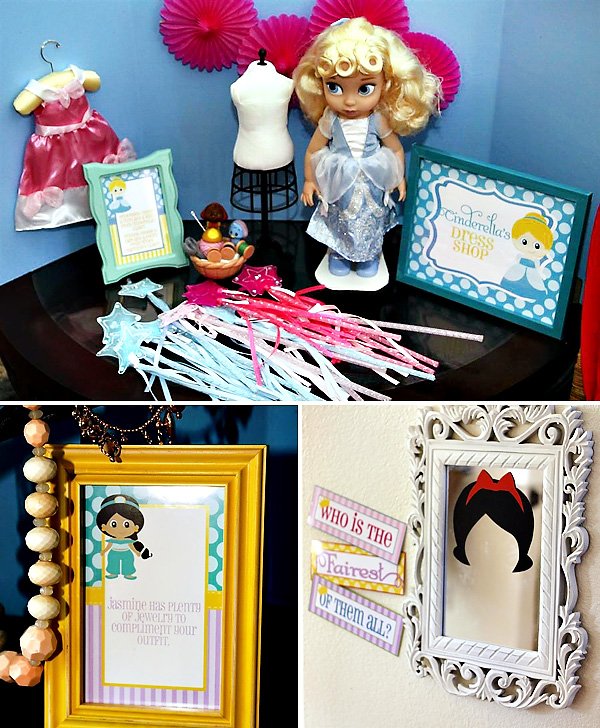 THEME
My daughter, Aubrey, is a princess, which of course means EVERYTHING has to be princess.  The day after her 3rd birthday party, she began talking about her “princess party when she turns four”.  Despite all my efforts to get her to pick just one princess for her party.  She insisted that she “NEEDED them all because a true princess wouldn’t leave anybody out”.  Since I couldn’t argue with her logic, I put on my party planning hat, designed a Printable Storybook Princess Collection and set out to use all her favorite princesses in one design!

The theme of the party centered around the princess stories themselves.  Each station, dessert, and princess had her own little storybook page with her story on it. The center of the dessert table was a large storybook we made from foam sheets and a peg board. From the invitation, which royally invited you to storybook land, to the castle entrance, we took the guests through each princess’ story.

DECORATIONS
I used my Printable Storybook Princess Collection to showcase each princess and her story.  We built a large castle for the backyard that the royal guests played inside as well as an entry castle facade to welcome each guest to the party. The castle was made of foam which can be relpicated using my Princess Castle Tutorial.  All the decorations were done in the bright princess colors with polka dots and stripes. The dessert table was set up to look like a stage with the storybook in the center as the main attraction.

ACTIVITIES
There were many storybook stations for the kids to enjoy.  As each guest arrived they were taken through Cinderella’s dress shop where the princesses were given wands and princess tutus and the princes were given swords and royal capes.  They then visited Jasmine’s jewelry shop for princess jewelry to add to their attire.  They then visited Aurora’s crown shop where they decorated their own crowns to wear.  This was fun and easy to put together with this Princess crown tutorial. Once they were dressed they visited Snow White’s Magic Mirror to see if they were the fairest one of all. The little princes and princesses played in Aubrey’s castle, played pin the kiss on the frog, decorated Rapunzel’s walls in her art studio, slayed Prince Phillip’s Dragon Pinata, and stopped by Prince Charming’s True Love’s Kissing Booth for a variety of Hershey’s Kisses.

CLOTHES
Both of my daughter’s wore adorable princess aprons and flower headbands from Ross and Rosie.  The princess guests wore princess tutus from Halo Heaven. The little princes wore capes I made from craft store t-shirts with felt crowns glued on the back.