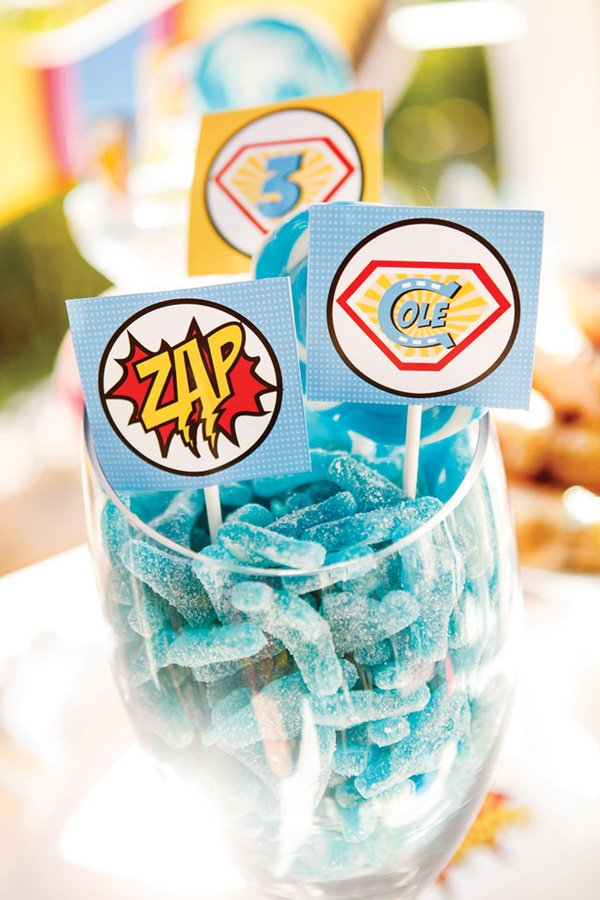 Giddy up folks! Cole’s graduated from trains and moved on to Superheros and Ponies! Mom Jaime Geffen of YourBASH! threw an amazing Superhero + Pony Theme Birthday Party, incorporating BOTH of his new loves! Using horseshoes paired with bold Superman inspired designs, cowboy details and superhero sound effects (plus her signature red, yellow & blue color palette), she somehow made these two themes looks cohesive and dare I say… natural, like they are supposed to be together! (P.S. Check out Cole’s 2nd Train Birthday Party here!) 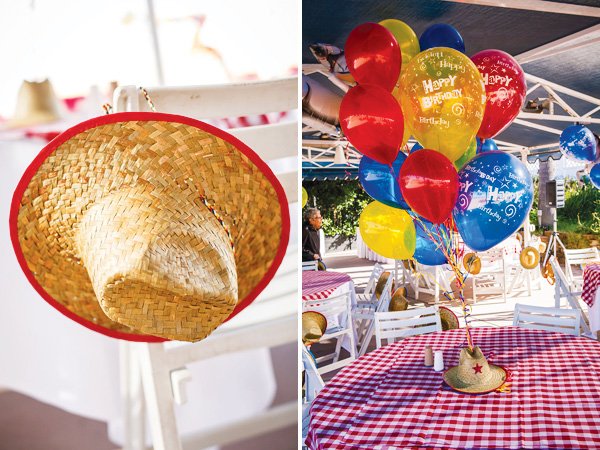 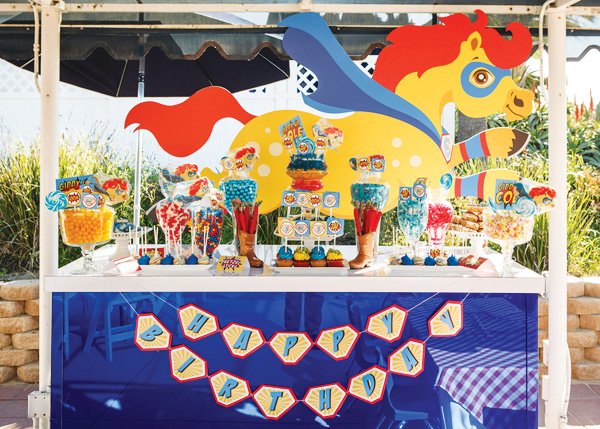 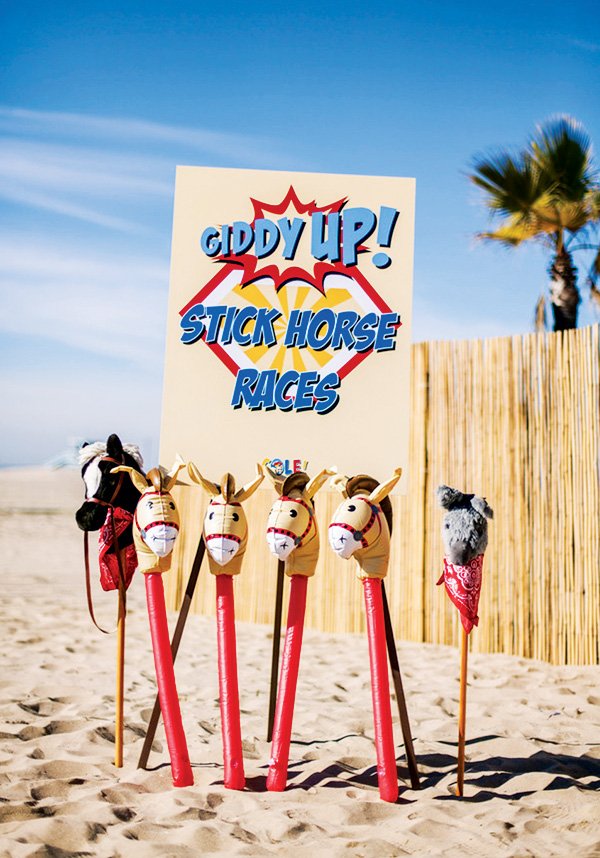 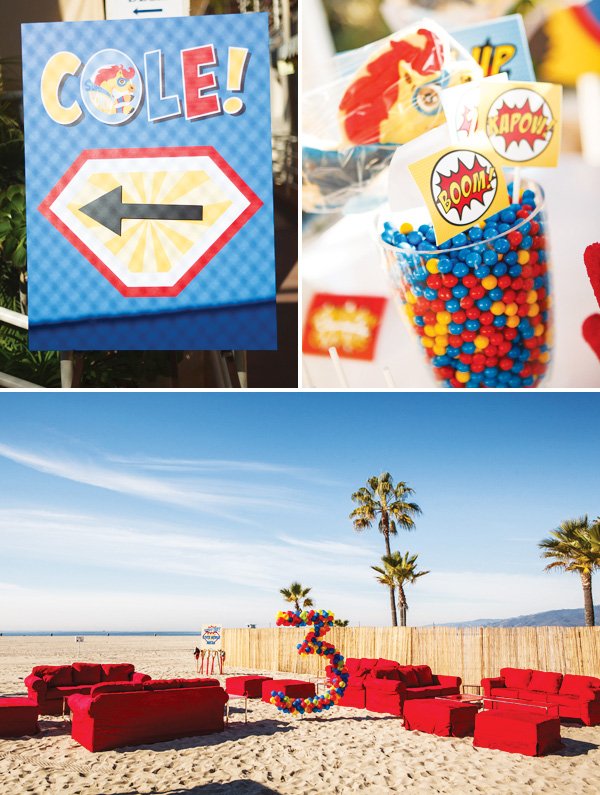 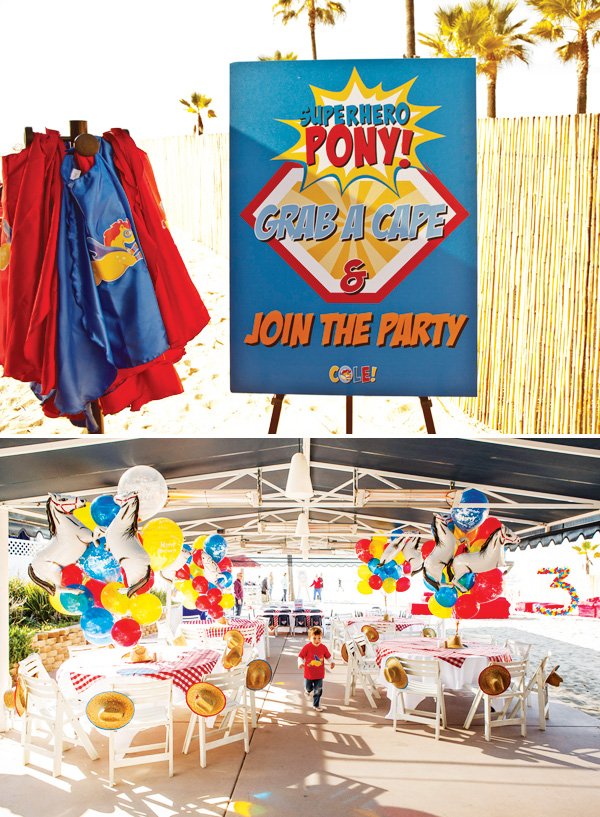 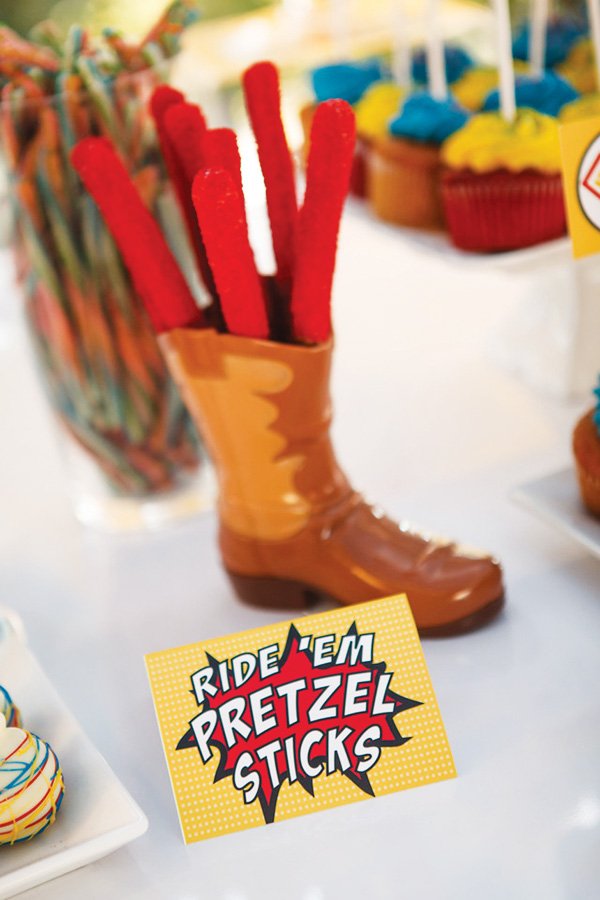 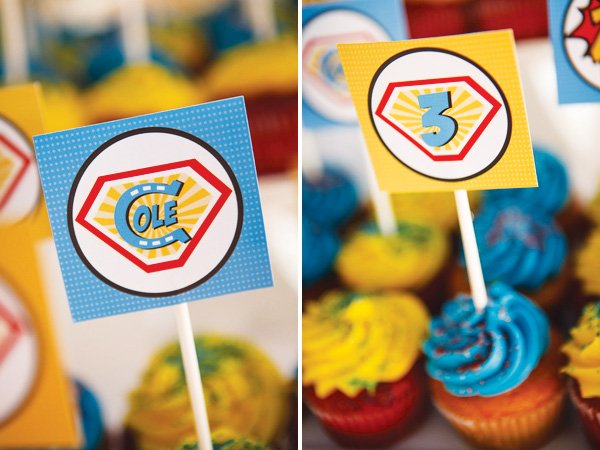 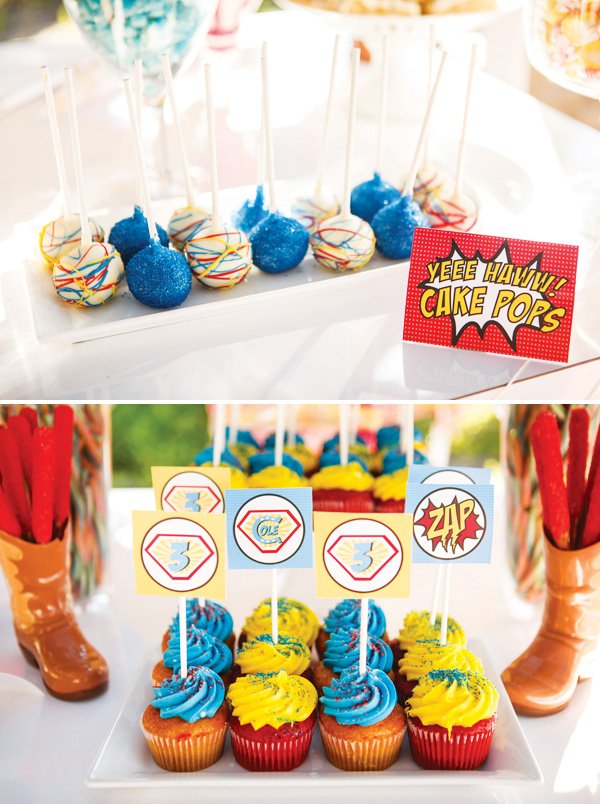 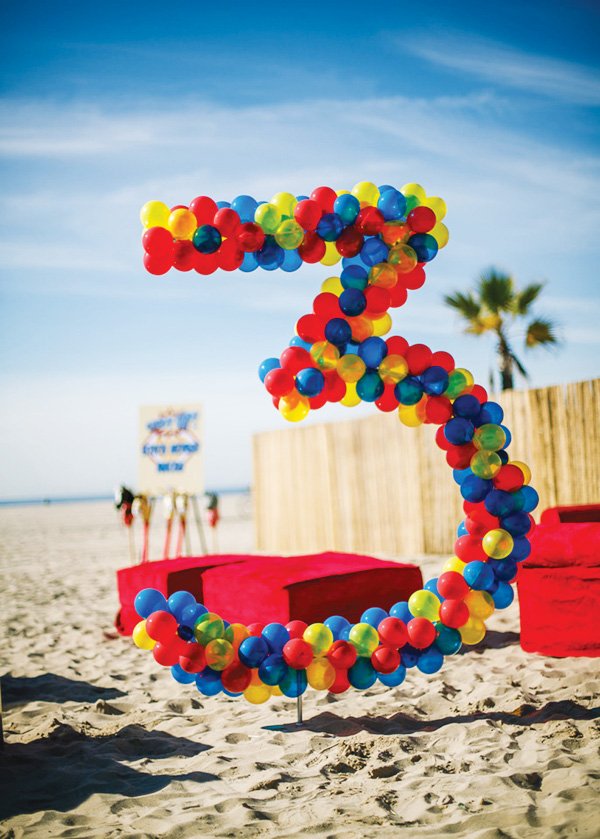 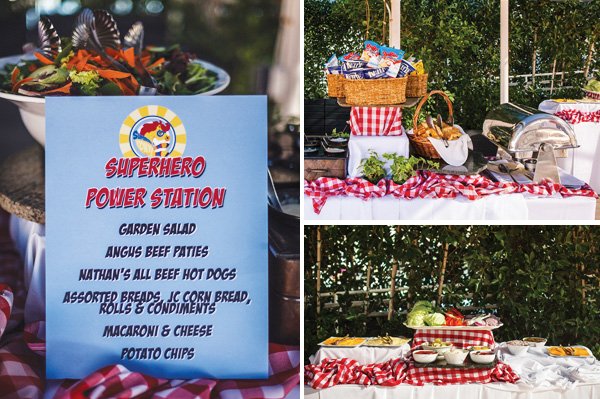 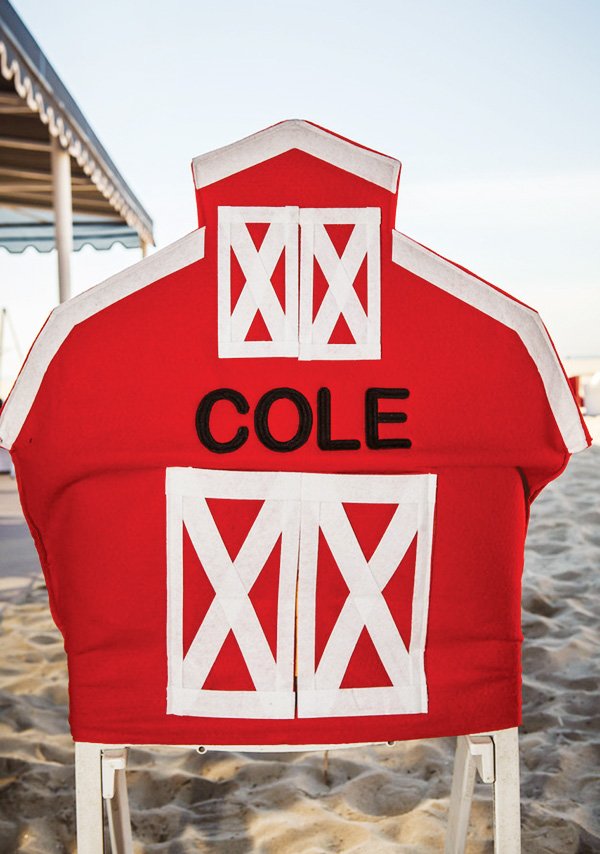 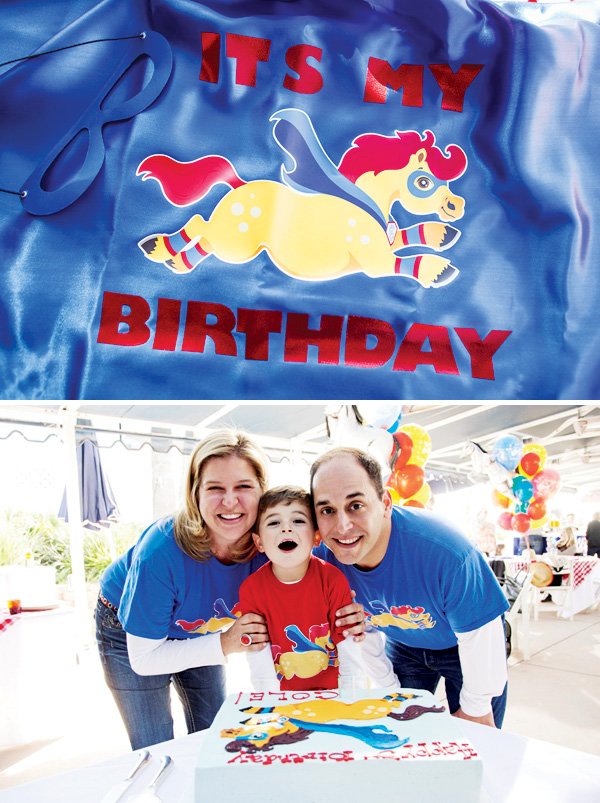 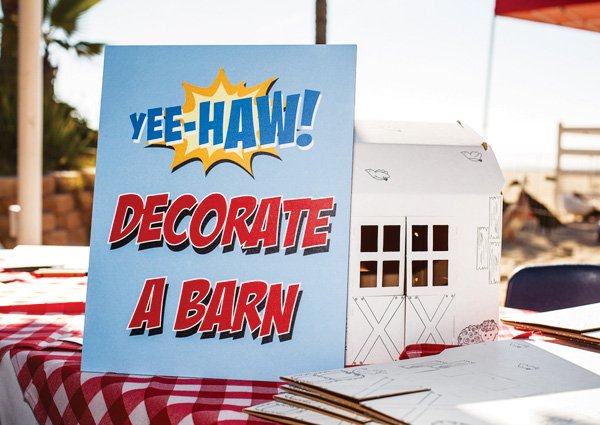 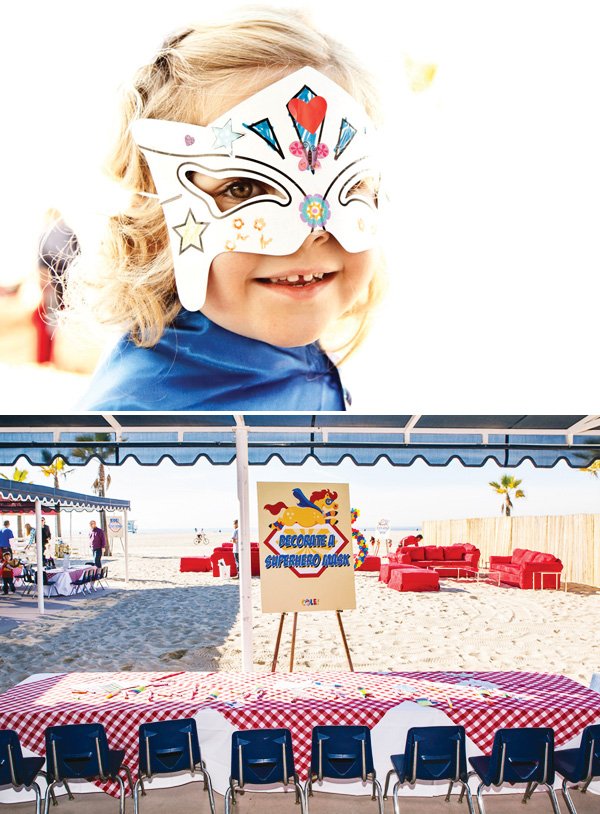 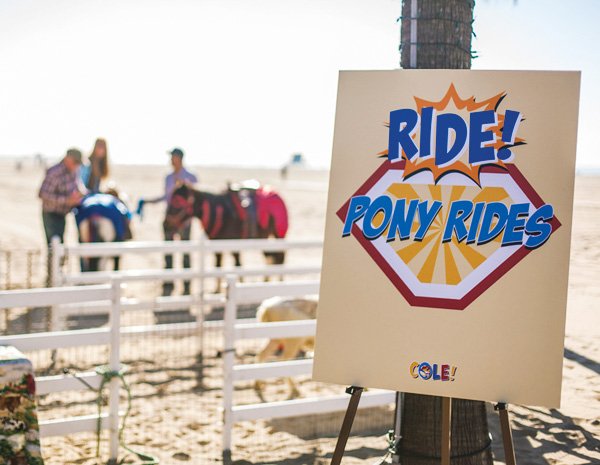 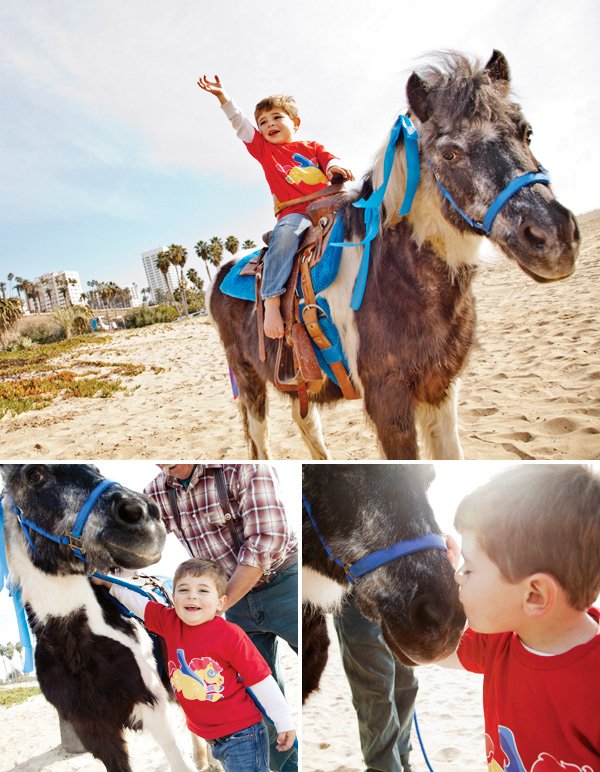 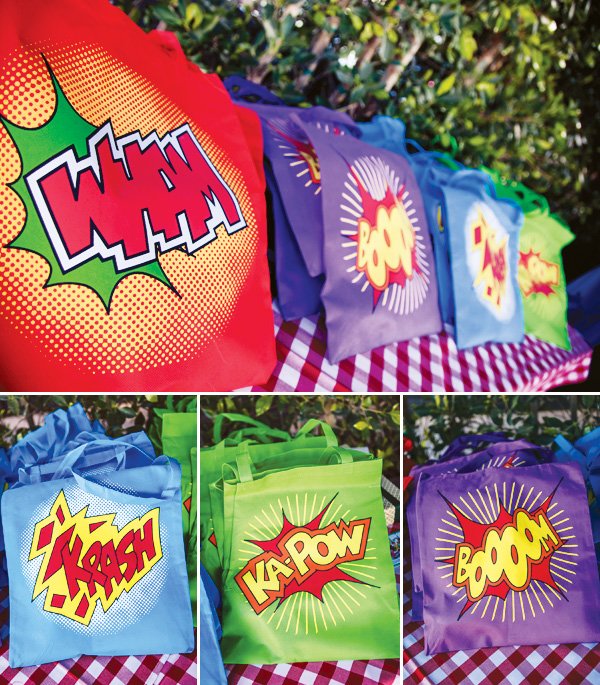 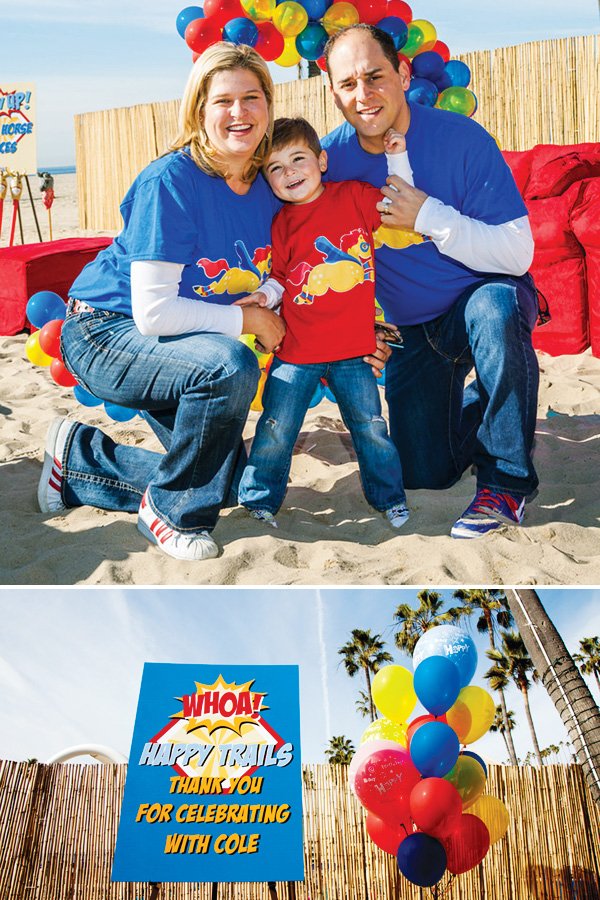 Cole’s two biggest interests right now are Ponies and Super Heroes, so when we asked him which he wanted to have for his 3rd birthday party, he said “BOTH! How about a Super Hero Pony Party?” And, so it began. I reached out to a lifetime girlfriend who is a graphic designer and worked with her to create the perfect super pony. Once we decided on the pony, all of the other pieces fell into place. We used bright colors and POP Art to keep it fun.

As guests arrived, the kids were asked to grab a cape…red or blue….which each had the SuperHero Pony logo printed on the back. The kids were immediately transformed into Super Heroes and joined the festivities. Inside, we had a make your own Super Hero mask station, pony rides (ponies were equipped with capes too!),  petting zoo, stick horse races, decorate a barn station (for their pony they would get in the gift bag-Image #4) and a delicious buffet, which we called the “Super Hero Fuel Station”. There was also Eight Feet of Sweets…custom made with Cole Pop Art and Super Hero Pony designs with a giant pony hanging up above.

At school, Cole has a great music teacher who joined us for a 30 minute singing and karaoke session… the kids were so into it….and sang some of their favorite tunes….Cole chose “You Are My Sunshine”.

We wrapped up the day blowing out the candles on the cake, and guests left with Pop Art super hero gift bags filled with a stuffed pony and a Super Hero pony custom cookie.

Overall a really fun day with a personal and fun theme… and Cole keeps asking if we can “Go Back to His Super Hero Pony Party”.